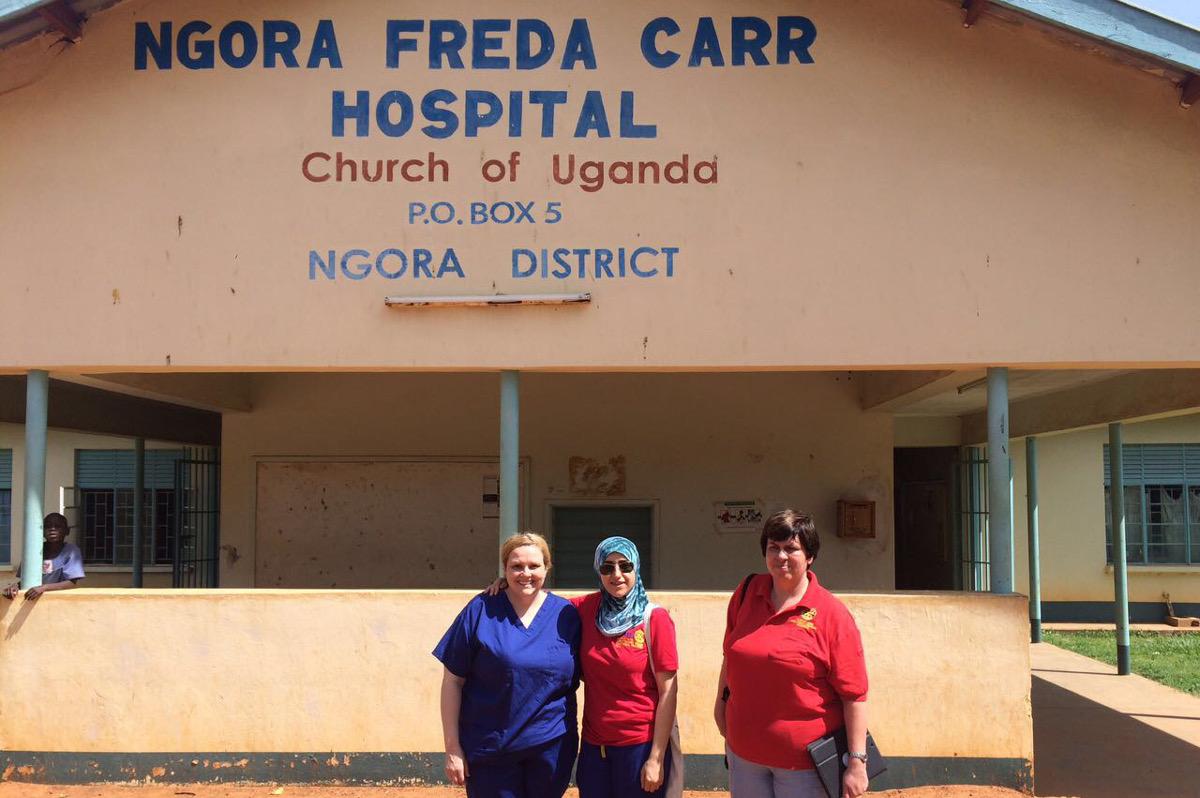 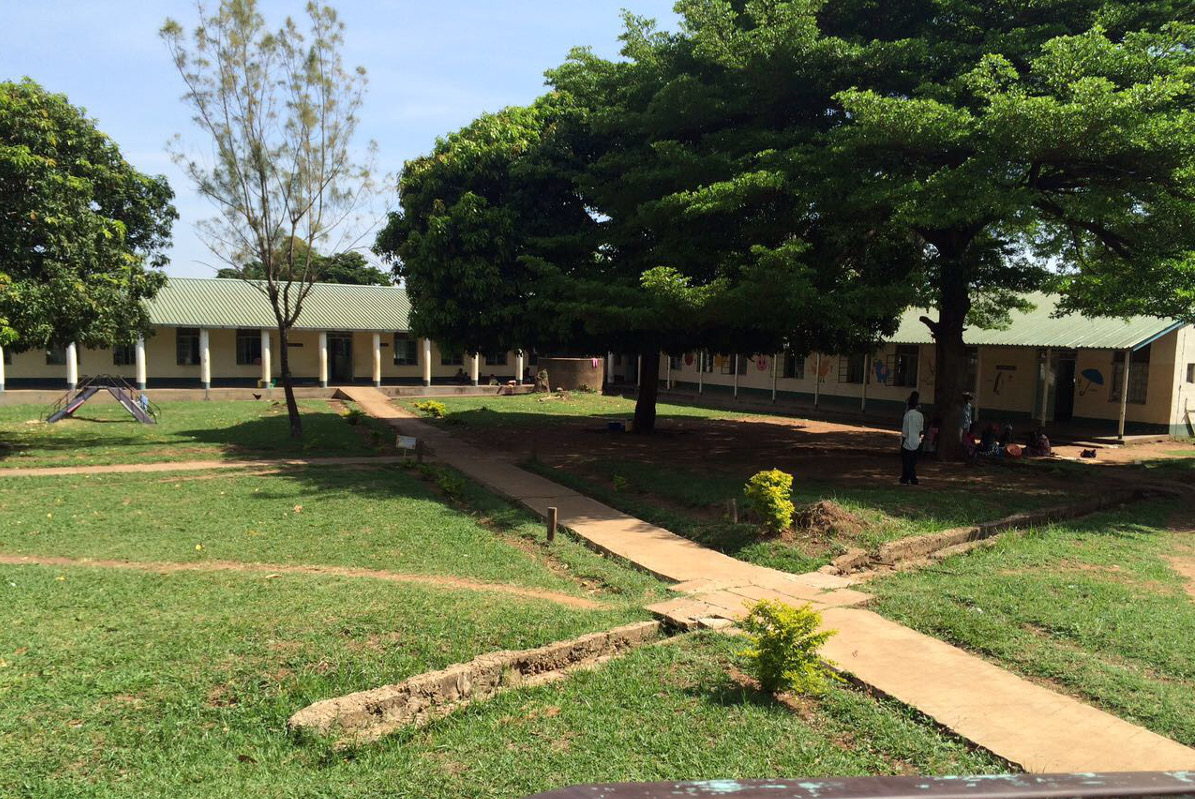 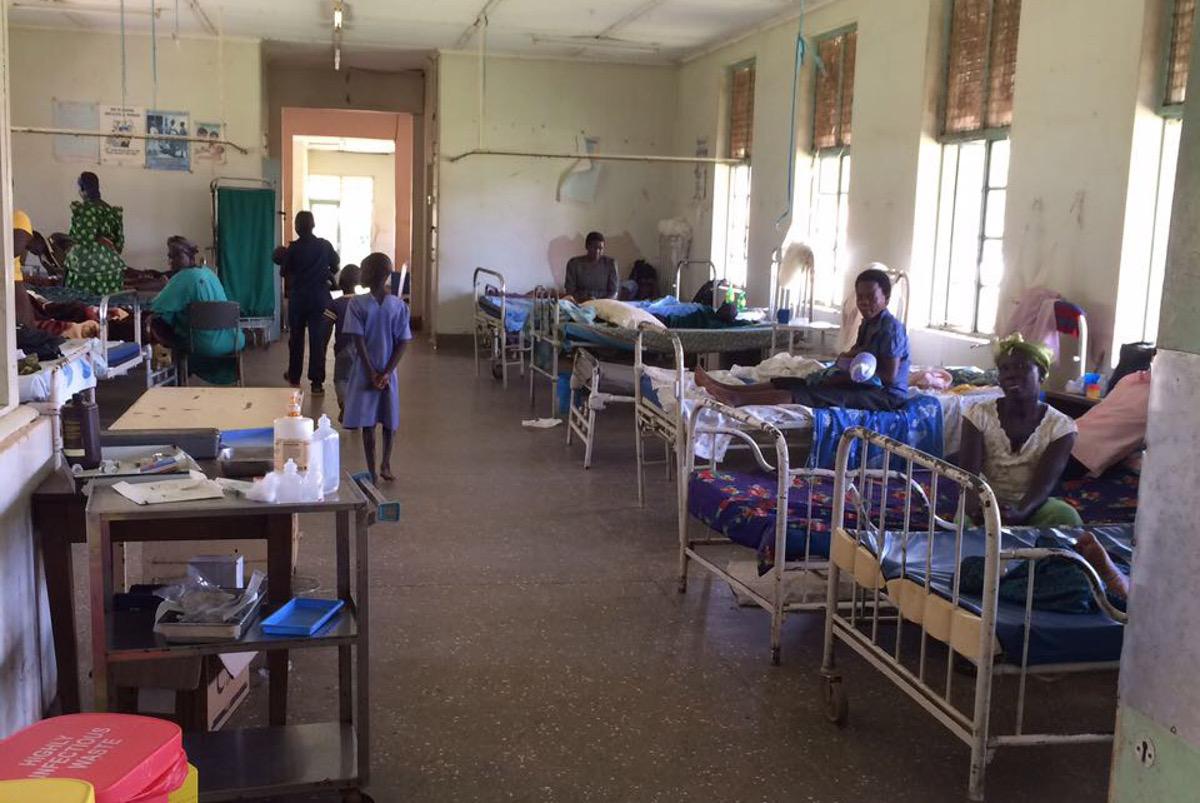 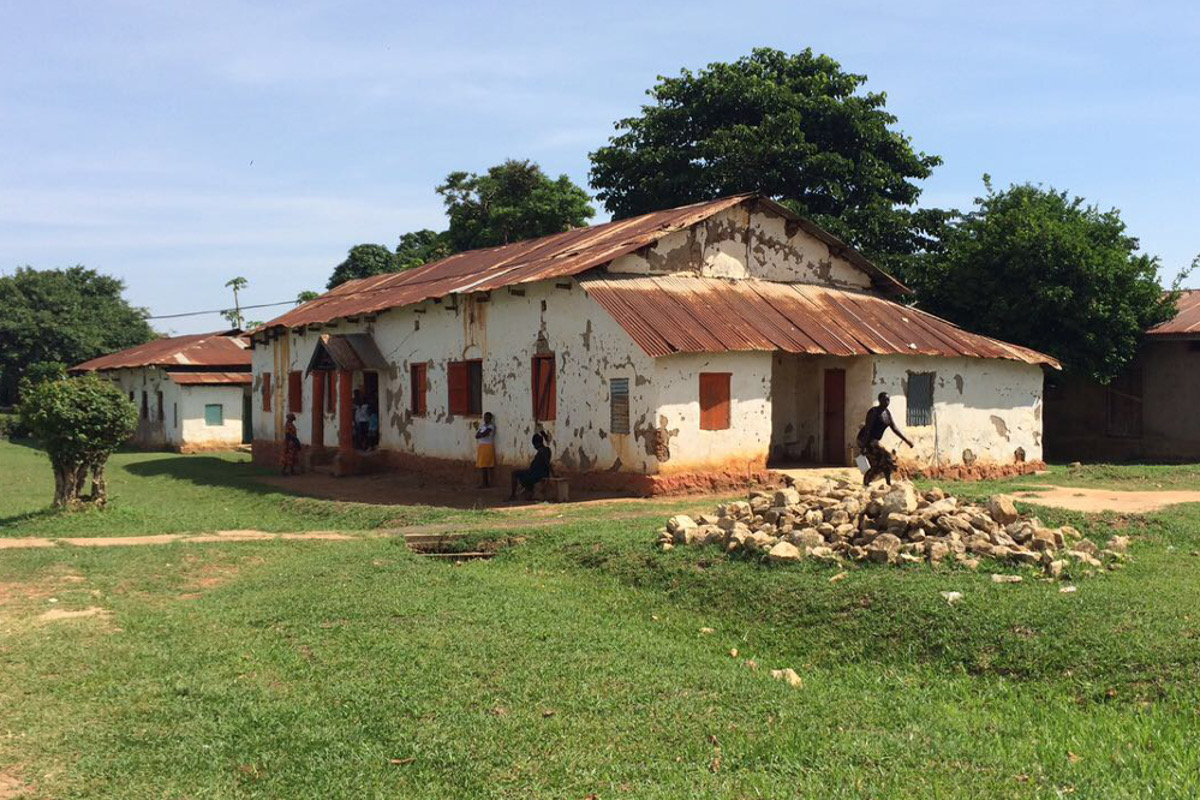 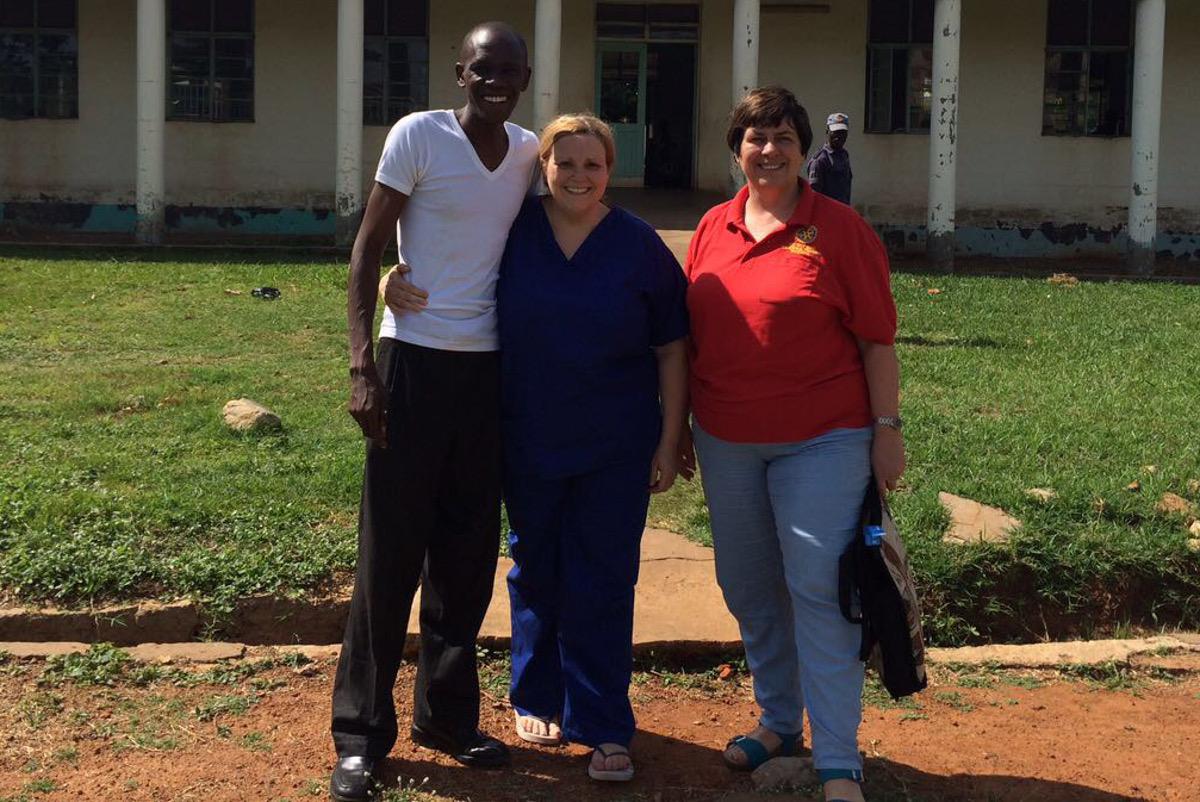 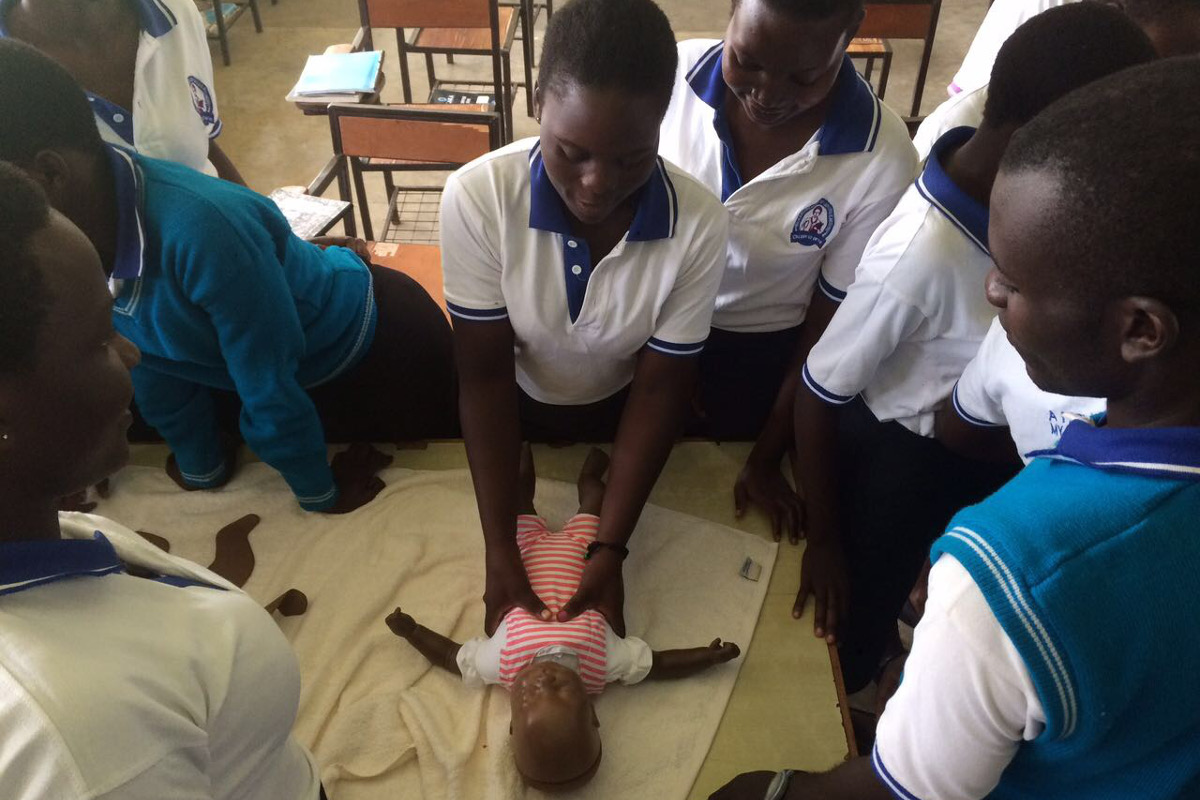 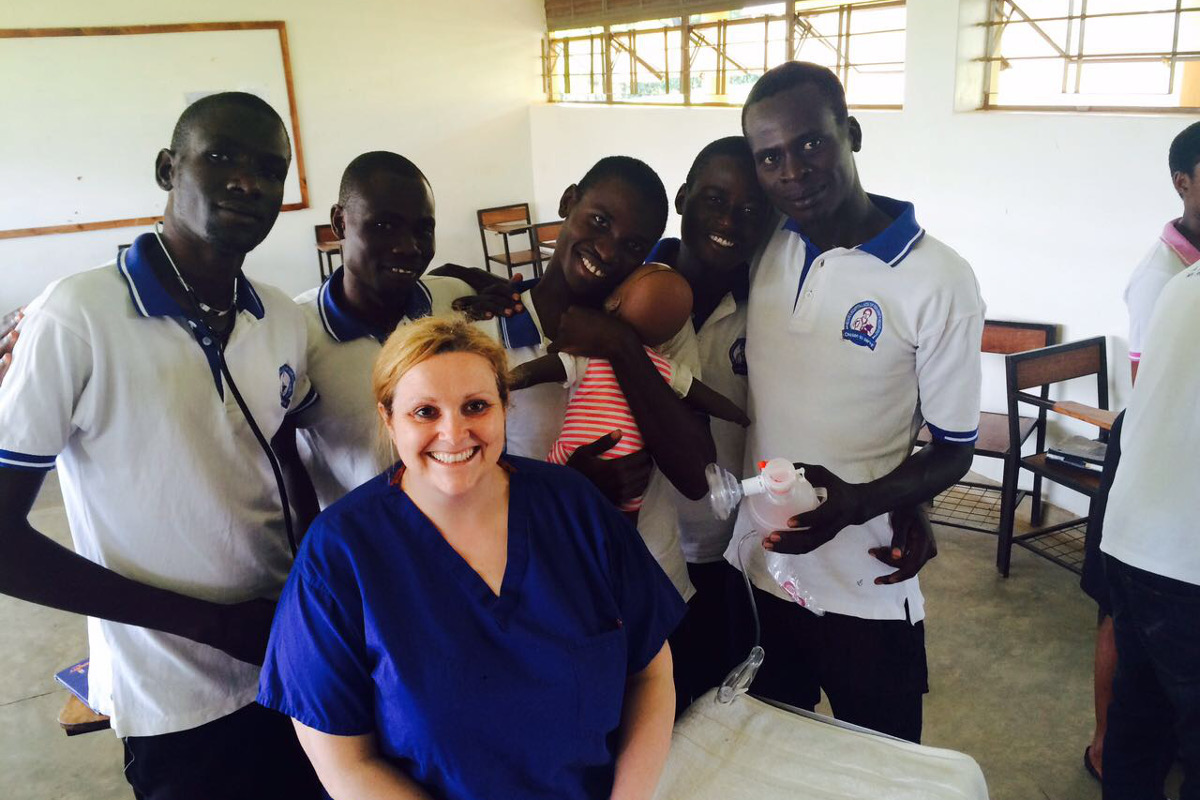 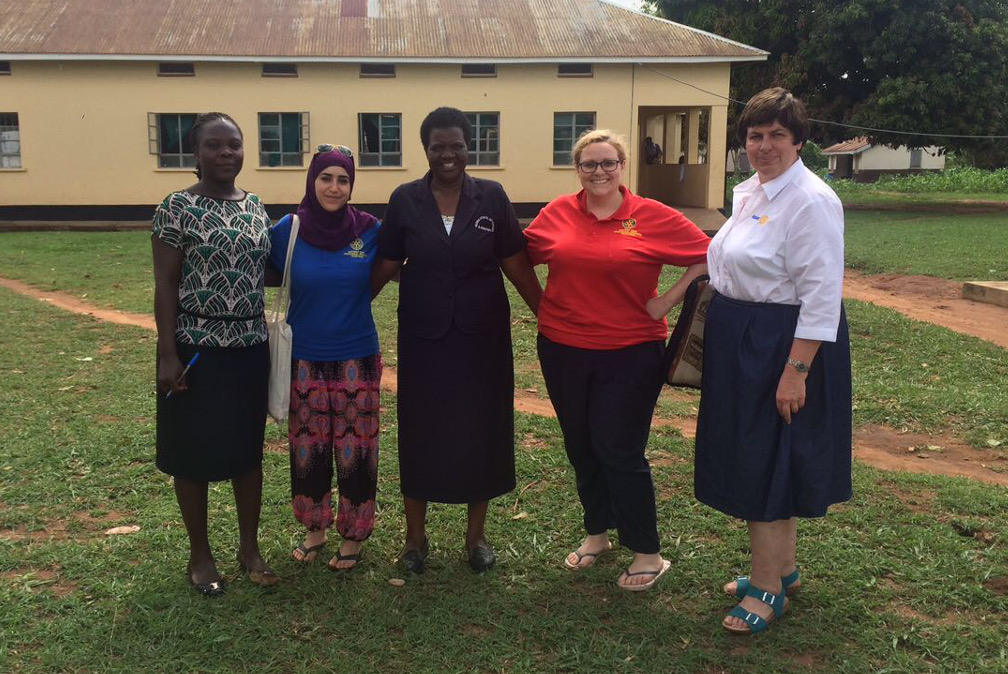 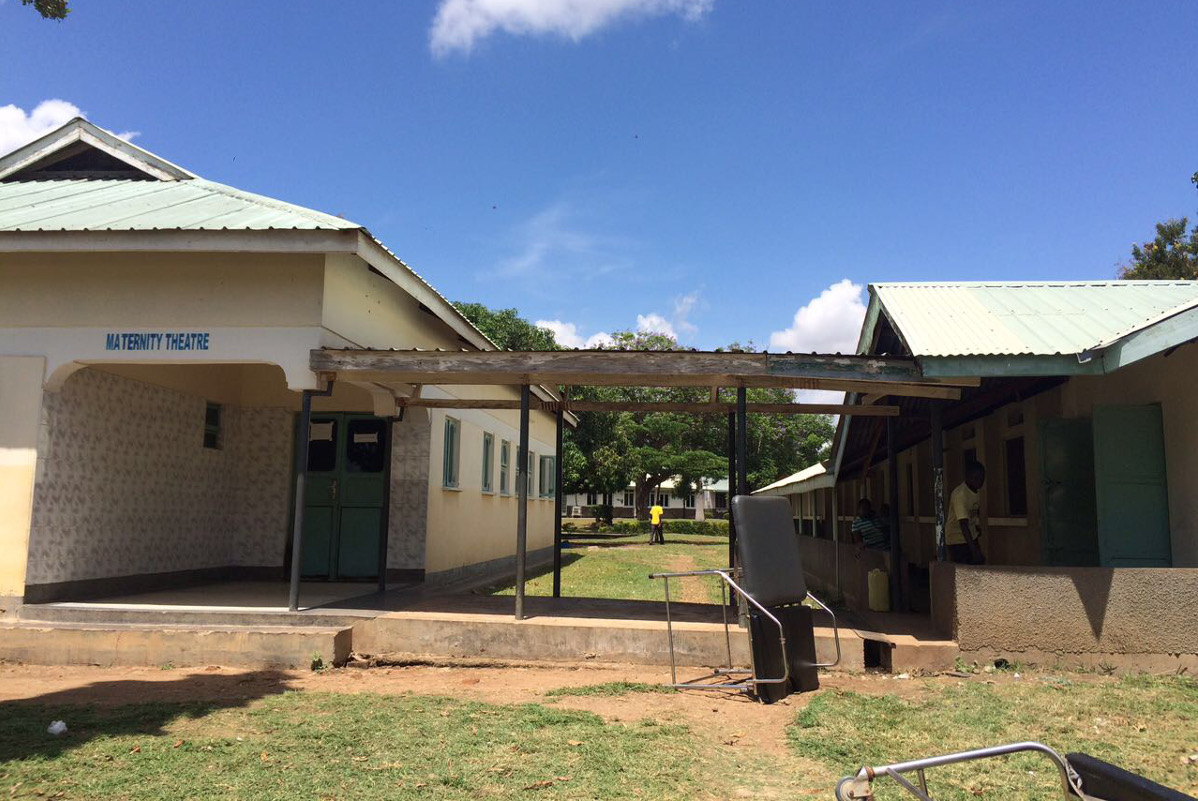 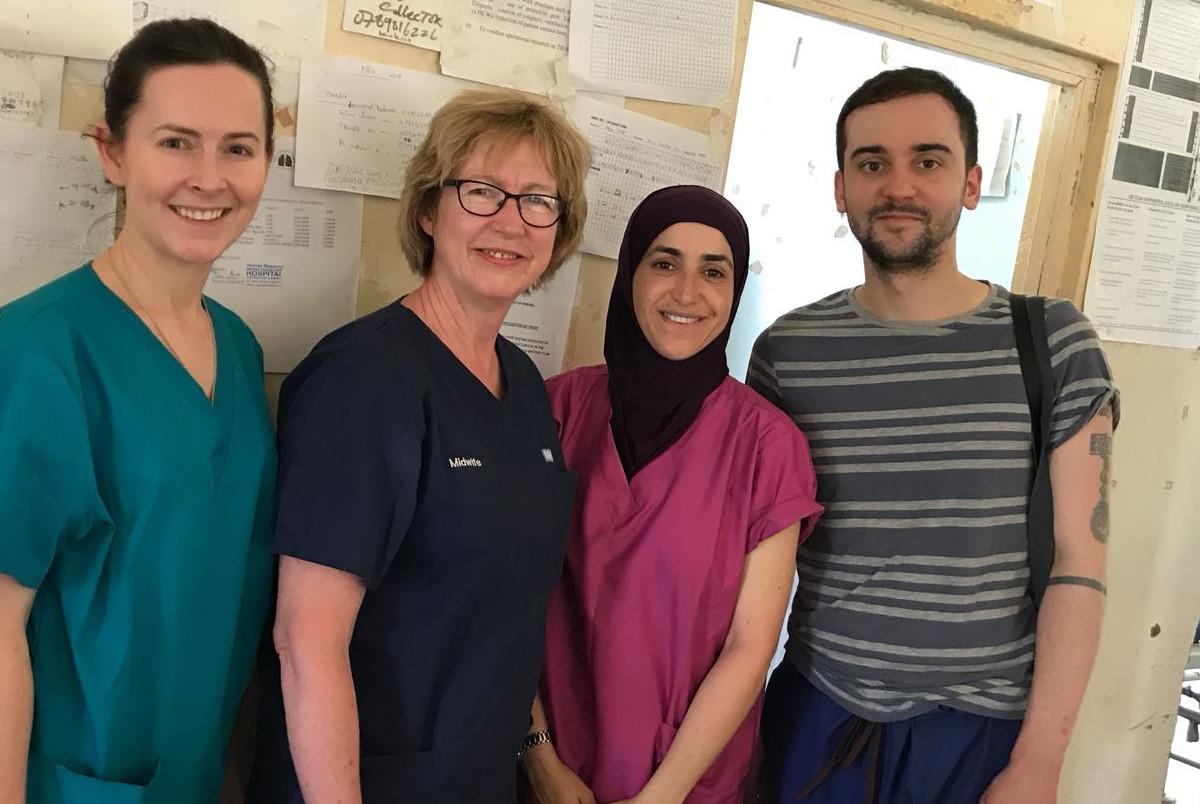 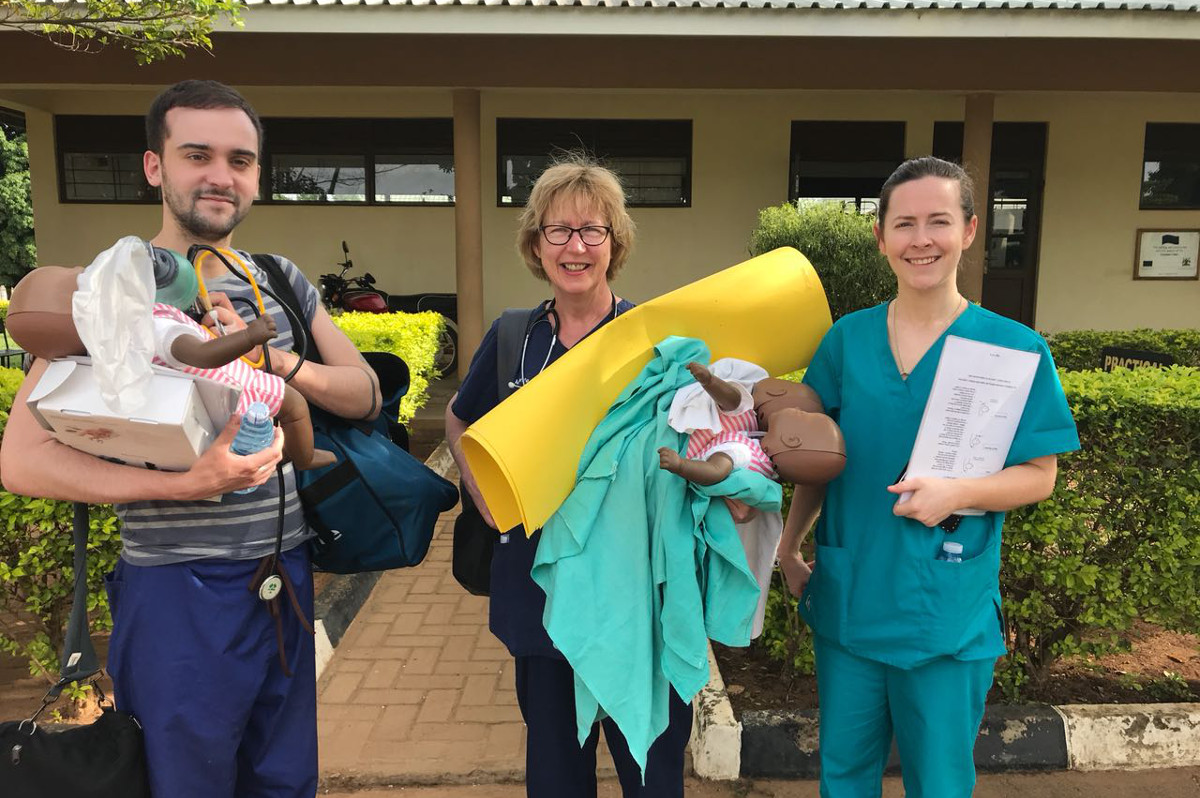 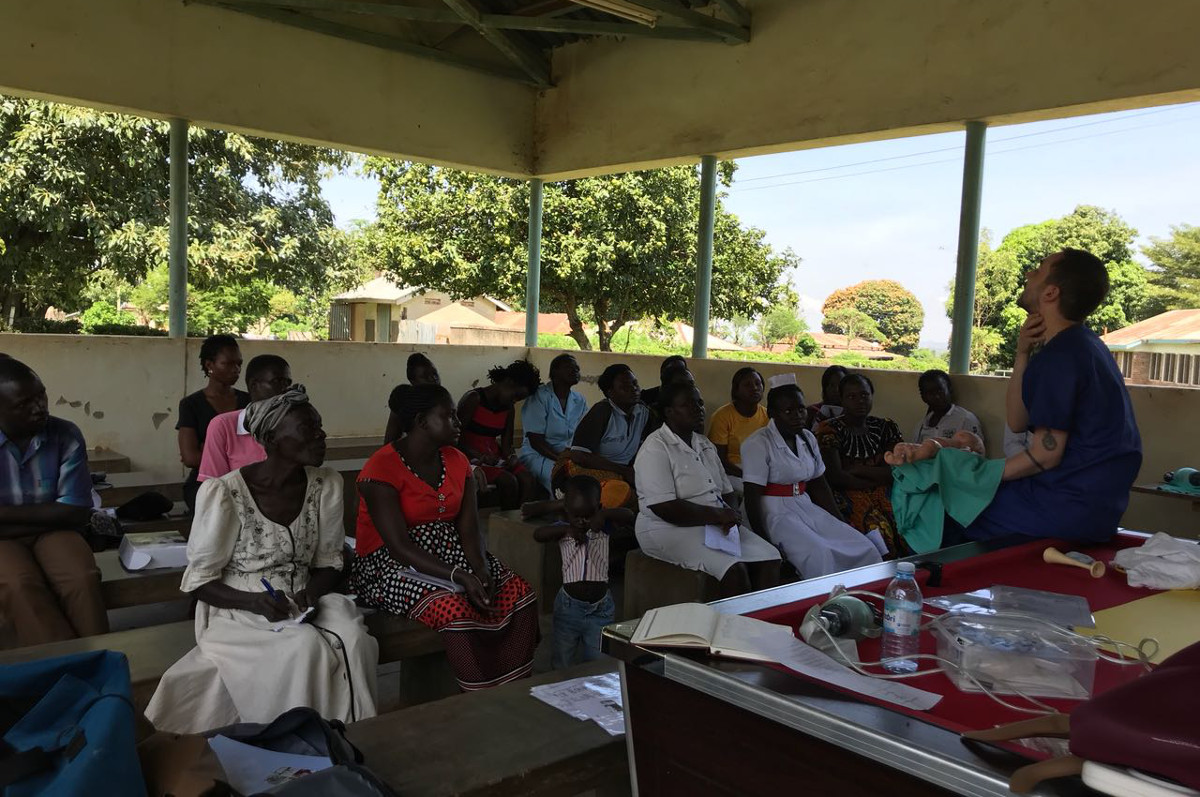 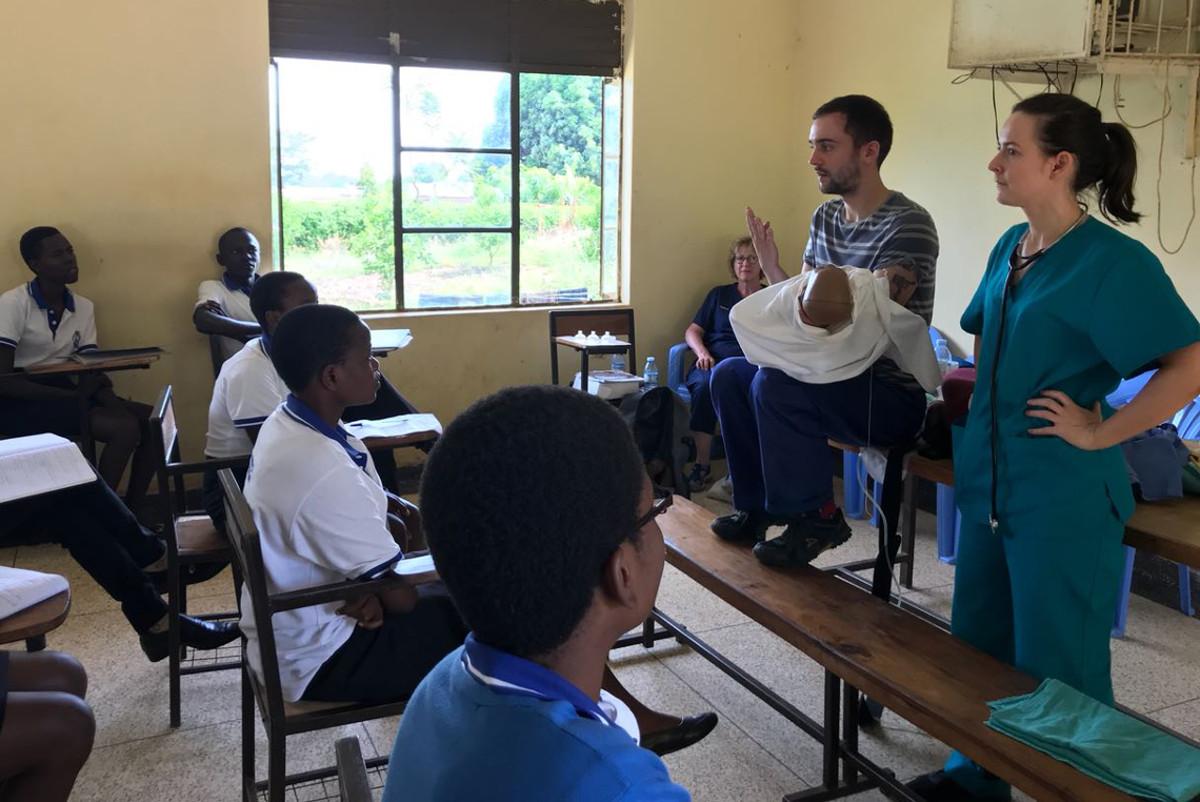 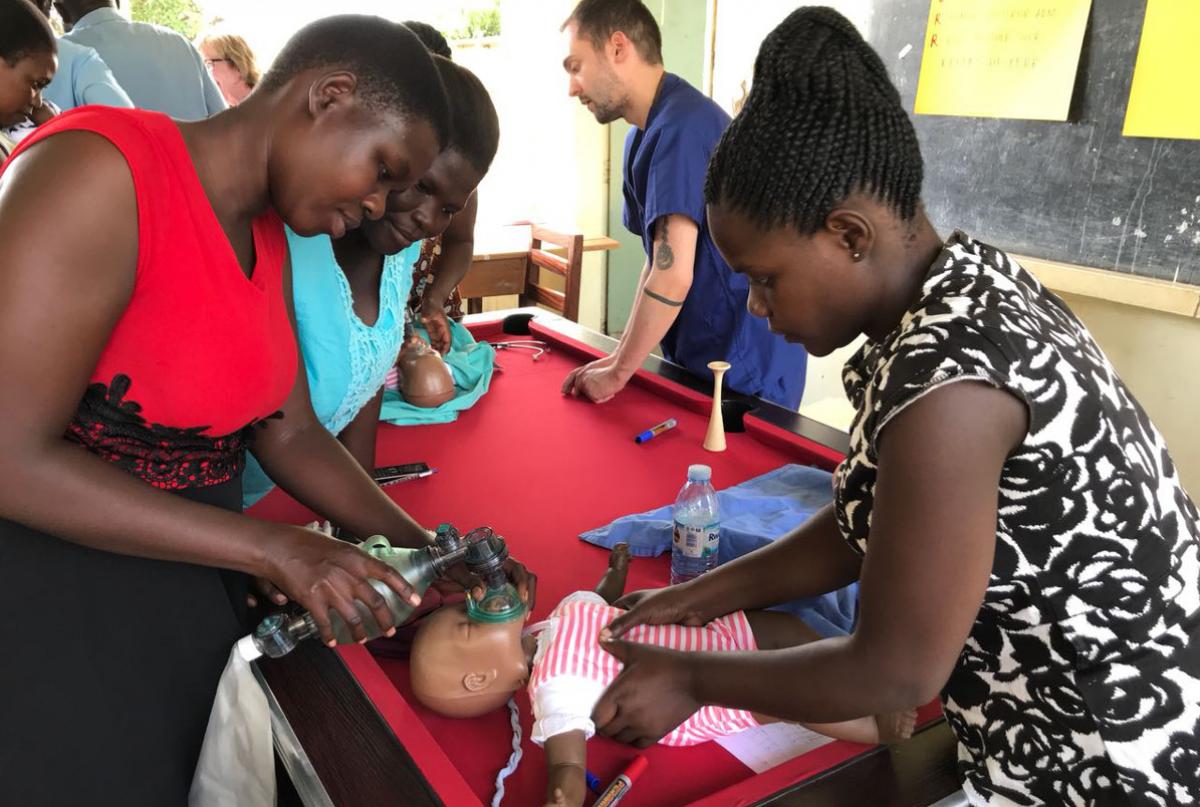 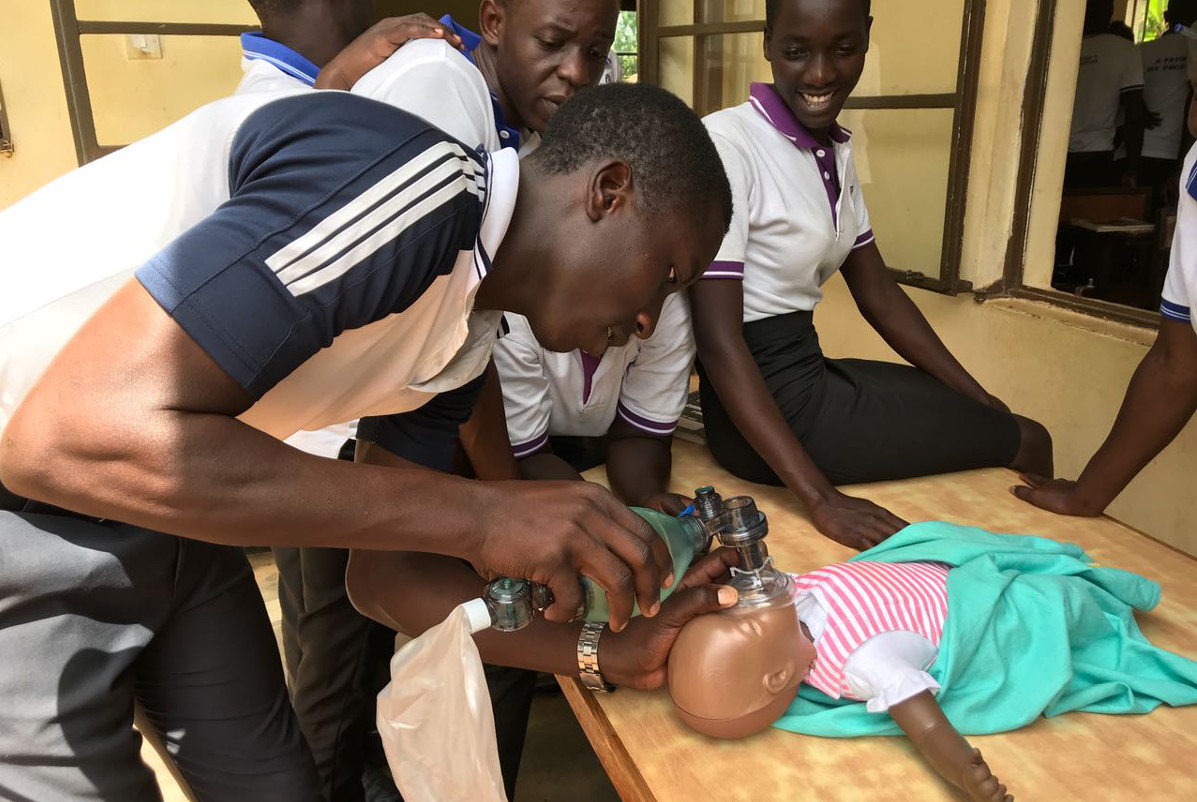 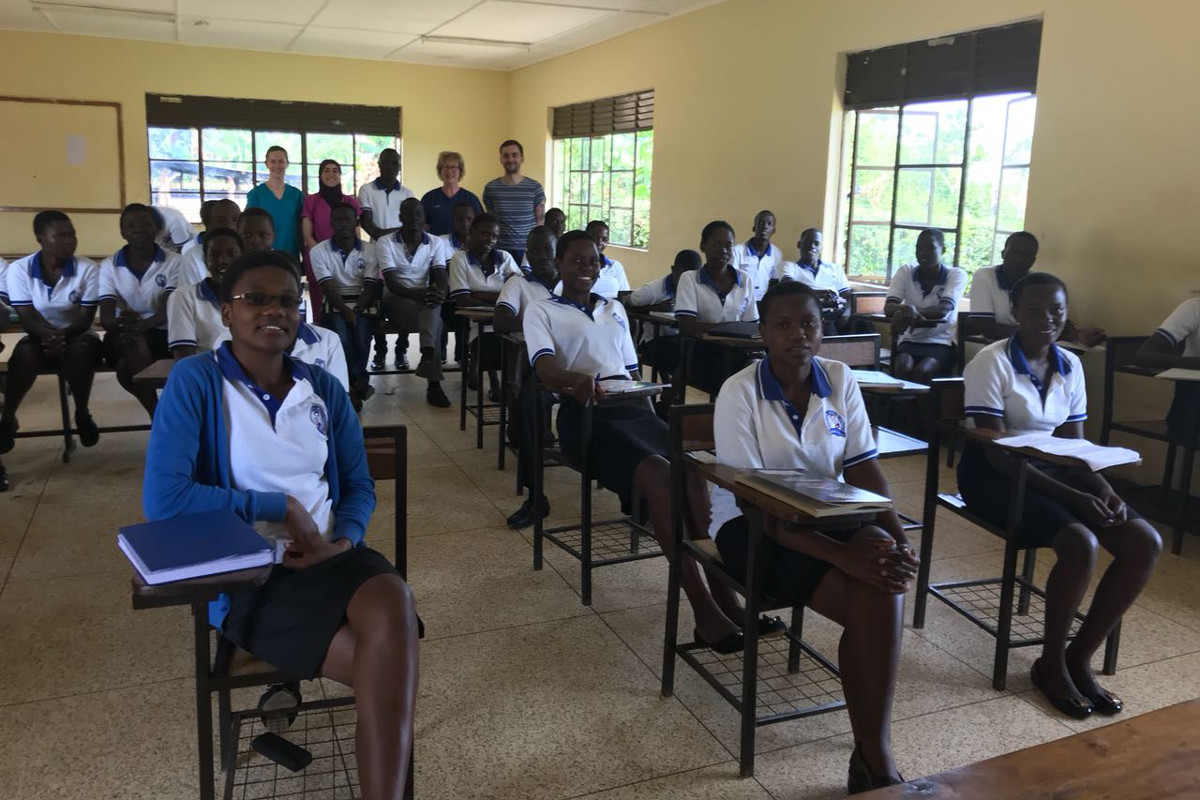 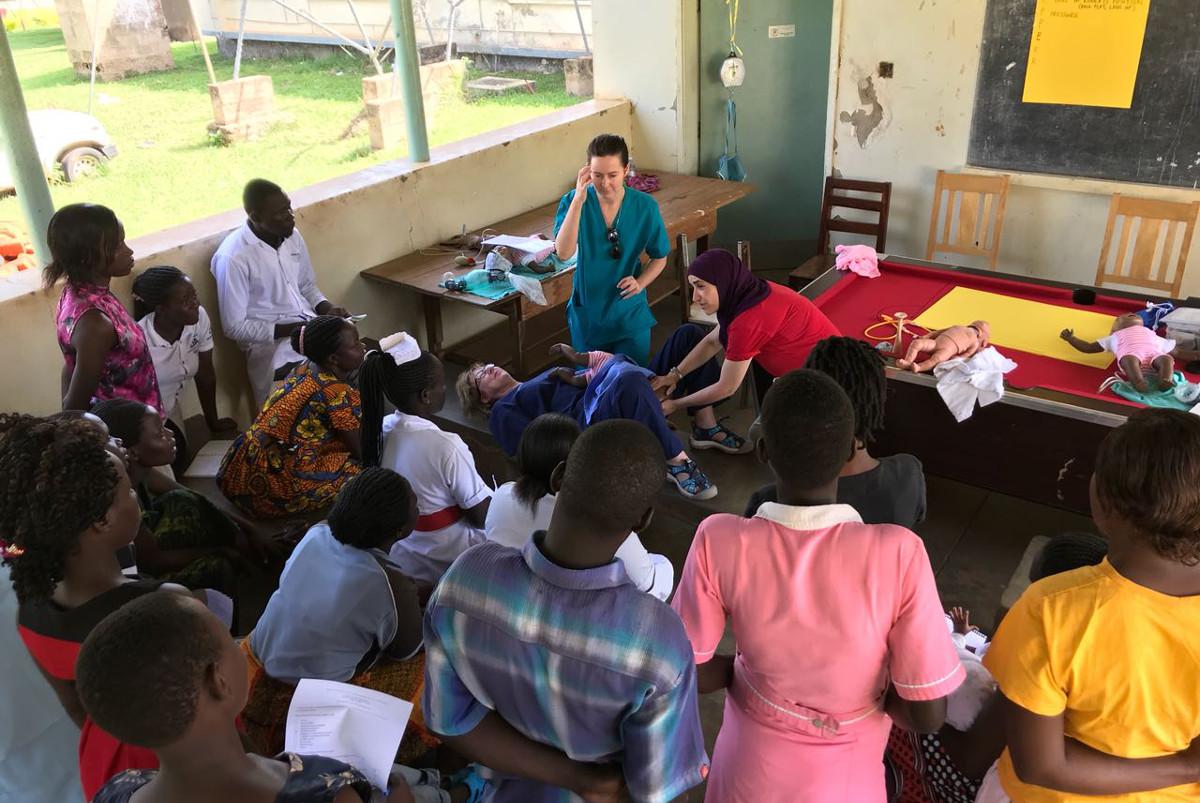 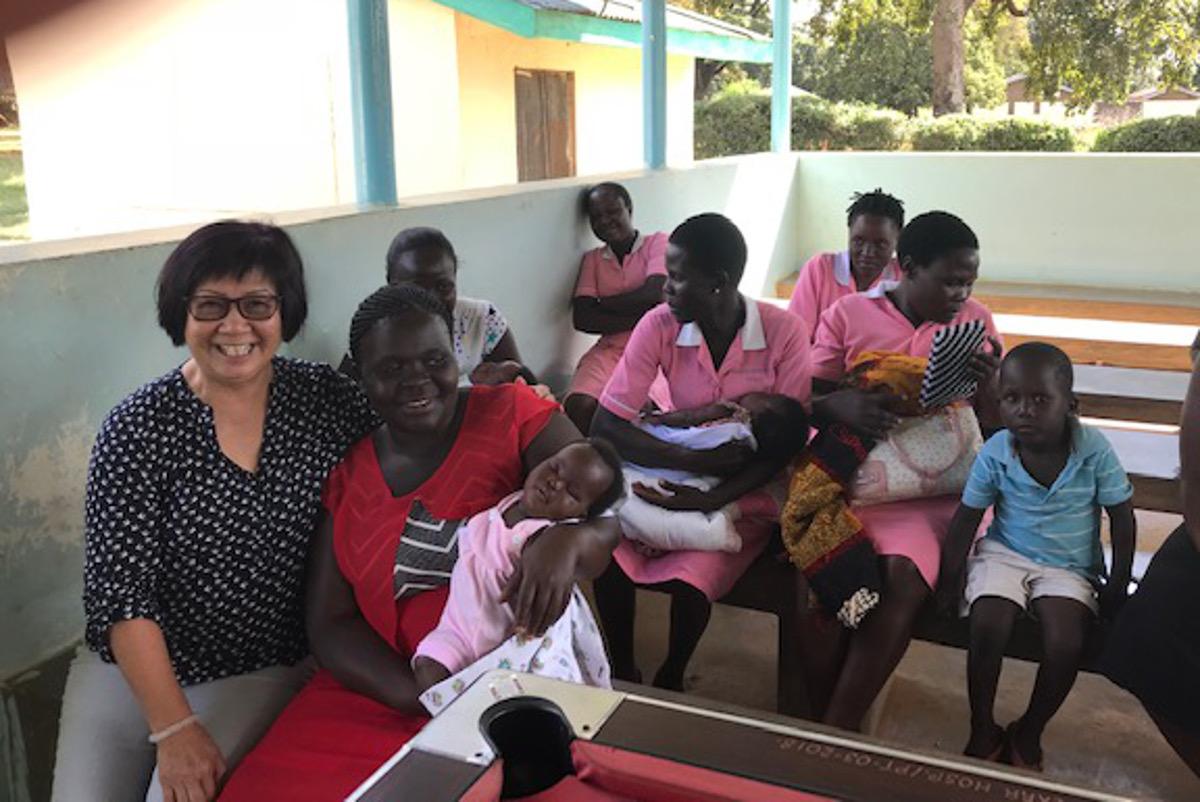 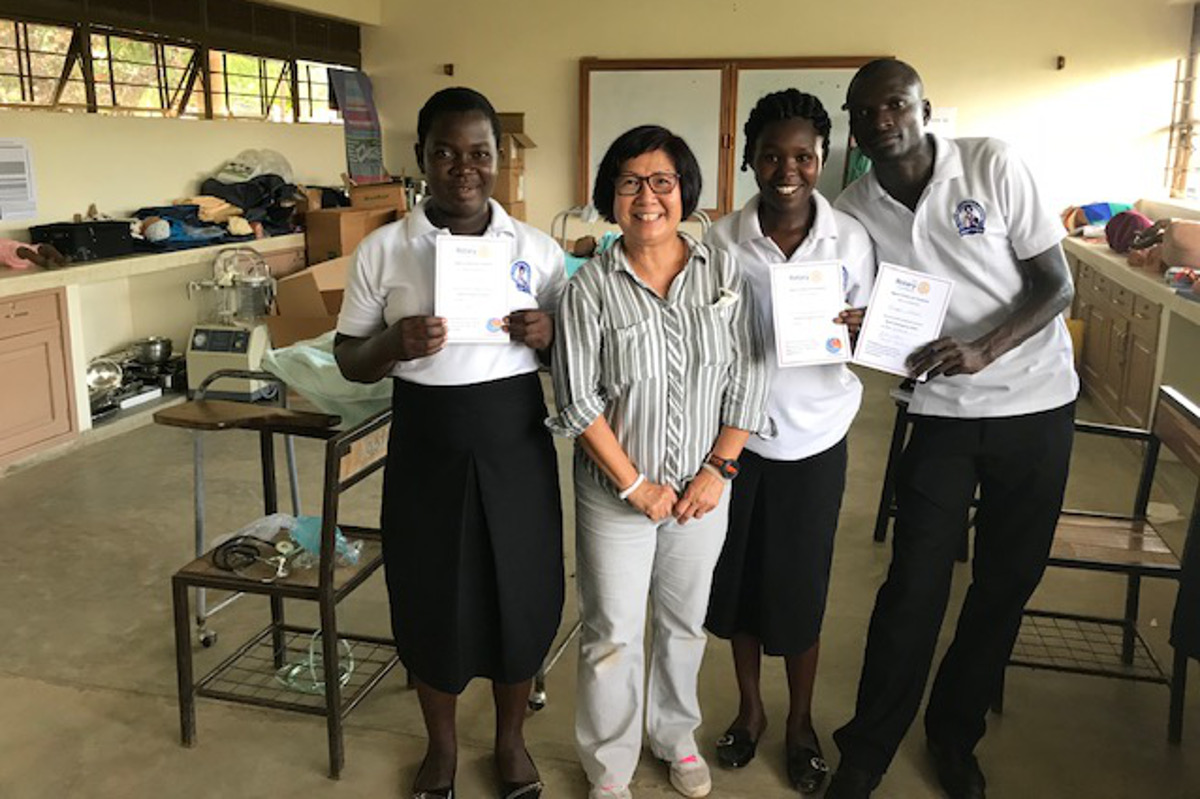 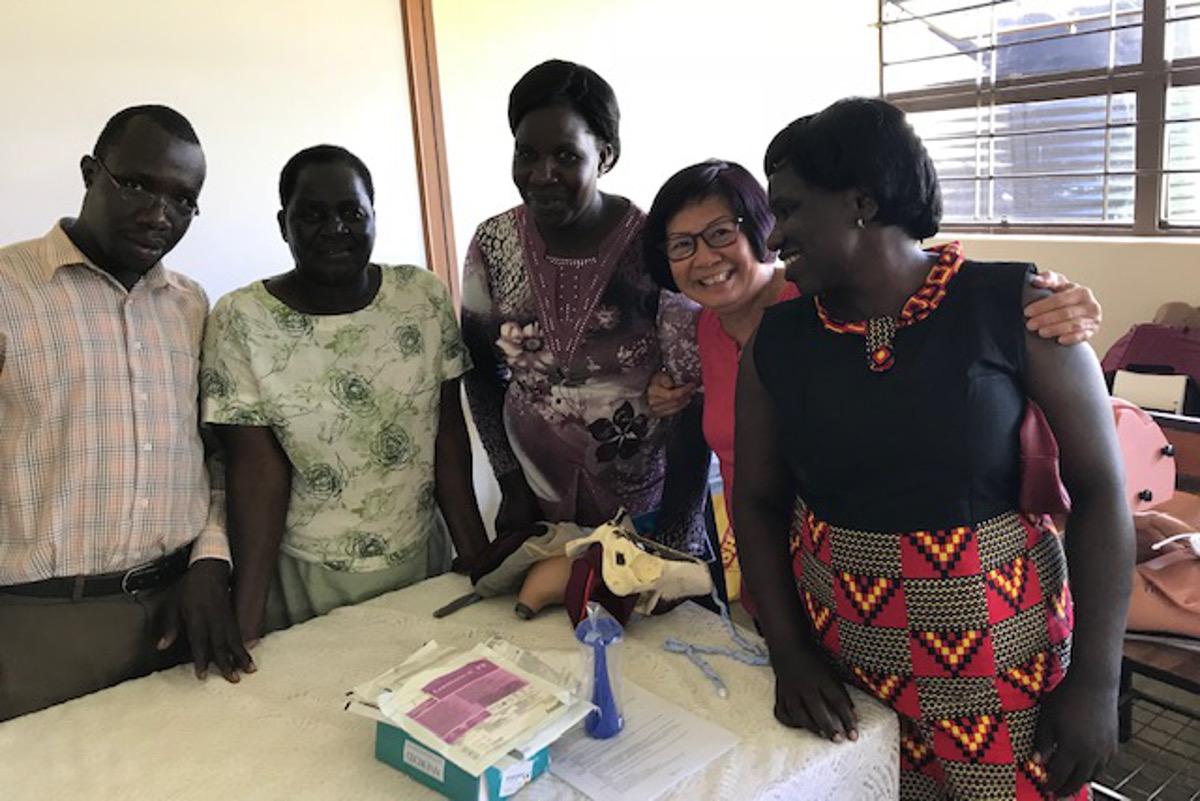 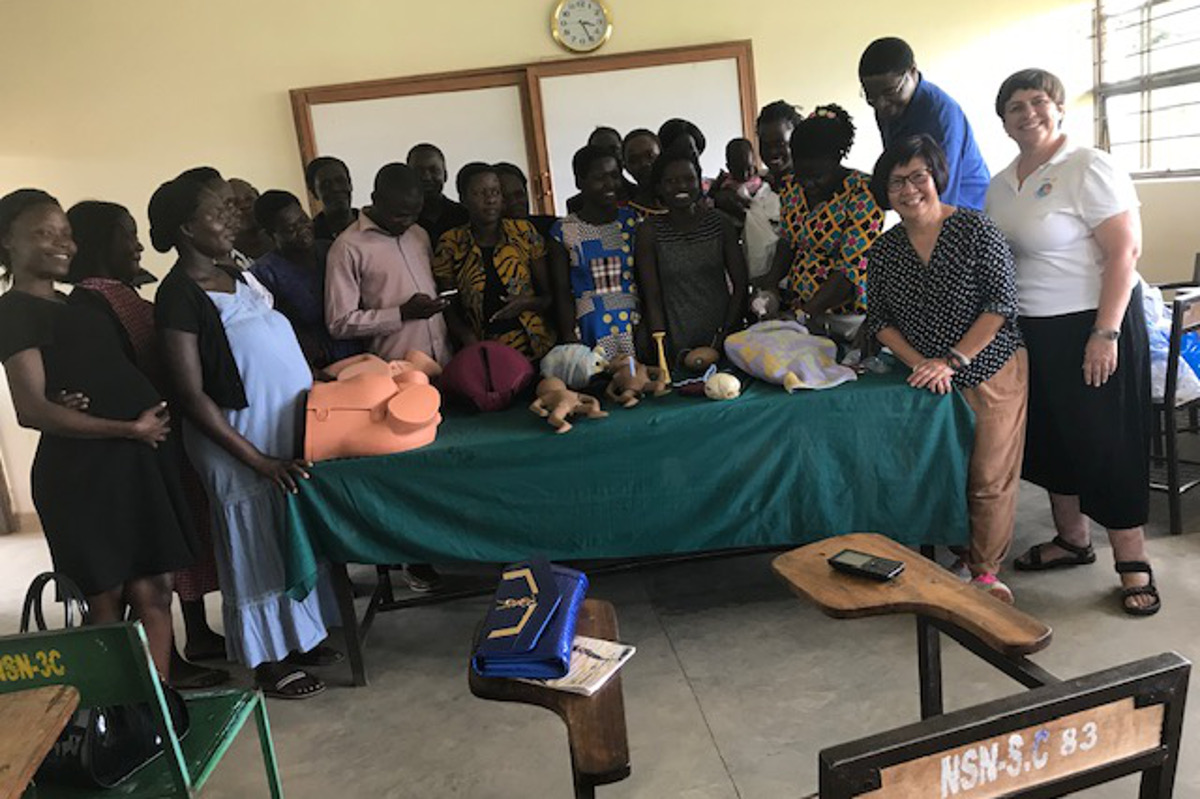 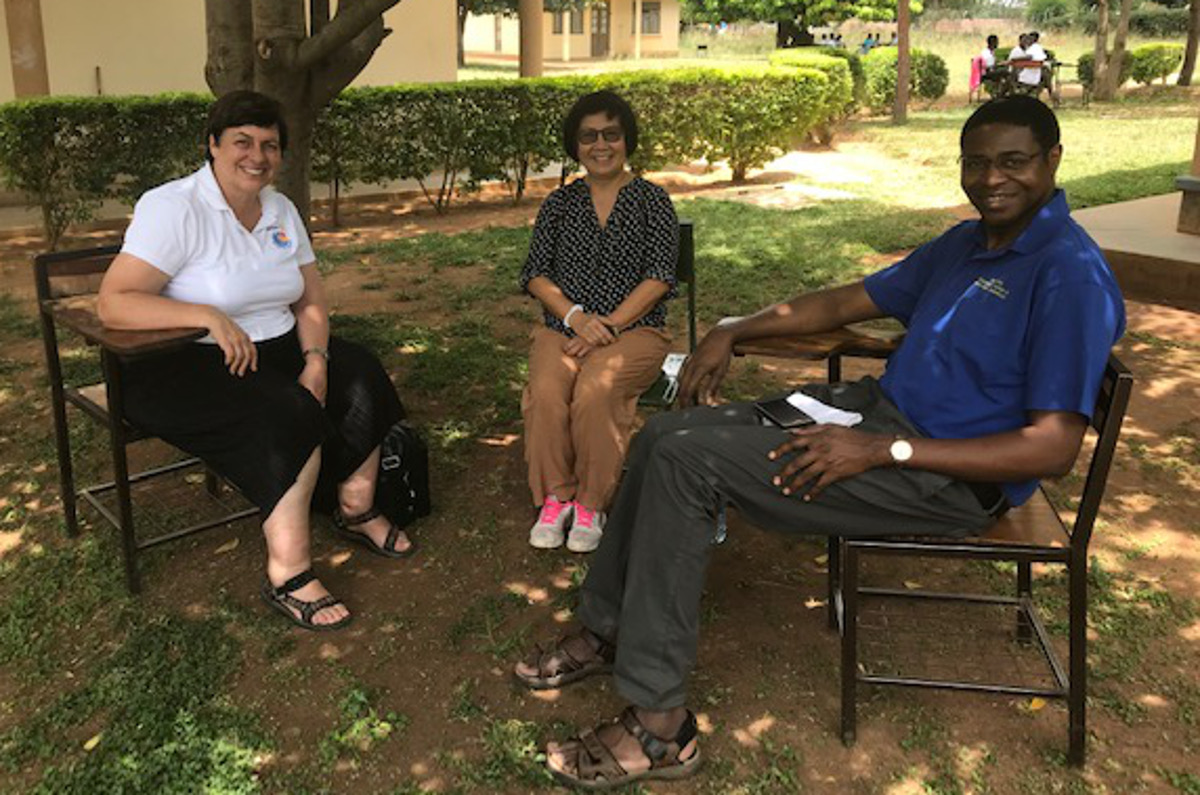 Scroll down the page to read about the latest visit, in October 2018. Our next team visit will be in April 2019.

The first full team visit was in April 2017. Aisha Alzouebi, a member of Elthorne-Hillingdon Rotary and an obstetrics and paediatrics doctor, was the team leader, having previously been on many of the visits to Kamuli Mission Hospital. She was joined by Gillian Pearce, also a member of Elthorne-Hillingdon Rotary and a midwife, and Jacqui Gillbanks, a midwife from Banbury.

Freda Carr hospital was built in the 1920s and is a non-governmental hospital supported by the protestant church. The hospital sees an average of 1,000 patients each month and delivers about 30 babies each month.
The hospital provides care to a population of 145,000 directly and up to 250,000 indirectly. There are also 12 health centres in the area. There are just 2-3 doctors at the hospital and the maternity ward is often managed by student nurses from the adjacent nursing school.

Other NGOs have supported initiatives such as a voucher scheme for maternity care and the provision of delivery kits to expectant women. Mosquito nets are used and there is an ambulance service between the health centres and hospital. There is also a library and computing skills lab in the nursing school. Both the hospital and the local areas are however poorer than Kamuli Mission Hospital and the local area was when Jim and Gillian first visited it in 2009 and 2010. And there is a similar problem of staff retention, in part related to the poor staff accommodation. The guest accommodation at the hospital, which the team members used, had been recently refurbished but was very basic and in need of some further work.

There is therefore great potential for the training team visits to Ngora Freda Carr Hospital to have a huge impact.

The team members found that it was a pleasure to teach the students: they were eager for hands on practice but they also were well informed and asked questions. The team trained 120 third and second year student nurses and midwives. They did encourage the student doctors and trained staff to attend, however due to such shortage of qualified healthcare professionals, this was difficult. 2 tutors came for a couple of the sessions during the morning. They were all eager to learn and it was evident that they were already applying some of the current advice from the World Health Organisation. They have three tutors, two of whom are part time.

The hospital, nursing school, District Health Officer and health centres are all very supportive of the planned programme of visits by the training team. As before at Kamuli Mission Hospital, the team will also provide training equipment, to be left at the hospital for the tutors to use in classes. The hope is that basic equipment can also be provided for staff from the local health centres who will attend the training.

Our March 2018 team was led by Aisha Alzouebi, an obstetrics and gynaecology consultant and a member of Elthorne Hillingdon Rotary Club. She took three new team members with her: Kate Kelly, a past Rotary Scholar and a genitourinary registrar in London; Claire Carter, a midwife at the Royal Berkshire Hospital; and Ian Henderson, a junior doctor in obstetrics and gynaecology. Scott Robertson also travelled with the team and helped out with maintenance and repair work around the hospital.

The team trained a total of 213 people over six days, including 162 students, tutors from the nursing school and staff from the hospital. The hospital still faces many challenges with only one junior doctor in post and an obstetrics and gynaecology specialist visiting one day a week. There are also items of equipment that do not work and have not been repaired. The radiology department had been closed for six months but was due to open shortly after the team’s visit after repairs had been completed. The refurbishment work funded by the Global Grant will make a huge difference to the hospital’s operation and, as at Kamuli Mission Hospital, improving the facilities and the skills alongside each other will give the hospital its best chance of sustainable development.

Our team made its third visit to Ngora Freda Carr Hospital in October 2018. Flying out from Heathrow on Friday 12th October, returning back on Saturday 20th and packing in a huge amount of training, discussions and visits during the week. Gillian Pearce led the team and it was her second visit, it was Jide Menakaya’s first visit but he had previously been a team member for the visits to Kamuli Mission Hospital and Stella Milanian was the new member of the team. Two midwives and one consultant paediatrician with many years of training between them and keen to support this rural hospital as part of Rotary District 1090’s ongoing programme.

The team trained 244 people, 66 were qualified professionals and the others were nursing students. They completed a one day course: half on newborn life support with Jide and half on obstetrics emergencies with Gillian and Stella. One of the nursing officers who took part in the one day course, stayed on for a further two days to support Jide in his teaching of new-born life support. She hopes to continue to hold training sessions for staff and so we’ll hear about her progress when we next visit. Staff from local health centres joined the training sessions and they were given equipment to take back to their centres, to enable them to put into practice their new or updated skills.

As Jide says in his reflections (see the button below)
“Throughout the training days, the enthusiasm of the students was infectious. The students came in their droves together with nursing mothers. They came along with their suckling babies who were passed from trainee to trainee (and trainers as well!) whilst the lactating mothers participated in the training. That is inclusivity!”

And from Stella, on her first visit:
“The long, tiring and dusty journey did not dampen my spirits. The attendees to our teaching sessions were attentive and relished a different approach to our facilitating methods…..It was certainly an eye opener when we were taken around the buildings….I weep for the women not having any form of pain relief whilst in labour. It has fired my ambition to explore the possibilities of pain relief in labour for women.”

The team stayed in the visitor accommodation on site and did their own catering. Stella enjoyed the challenge of cooking on a single calor gas ring and took on the role of chief cook, Gillian was in charge of breakfasts and Jide was chief washer upper. Stella has offered her cooking services for future visits!

Jide's reflections on the October visit