Howard Craven of Swansea is to be honoured with the prestigious Rotary Great Britain and Ireland Community Champion award for his work to help Parc Prison inmates to reclaim their lives. 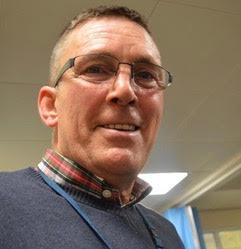 Howard will receive his Community Champion award, alongside other community heroes from across the country, at the Champions of Change Award ceremony hosted by the Lord Mayor of Cardiff in Cardiff City Hall.

Swansea based Howard did not have the best start in life. He was taken in care at an early age and sadly this had a negative effect.  But at the age of 36, after a number of prison sentences through his own behaviour and drug use, Howard realised unless he changed his life he would either end up dead or in prison for the rest of his life.

Howard started work in HMP Parc in 2015 after spending many years working in the community supporting prison leavers. Howard was instrumental in setting up and the running of the Endeavour Unit (a unit for former servicemen and first time offenders coming into prison)

The search for Rotary Community Champions was carried out across Great Britain and Ireland with Rotary clubs looking for members of the public who have worked tirelessly to improve the lives of others.