Give a man a fish …. The Anilao Fishing Project

A review of the District Global Grant Project. 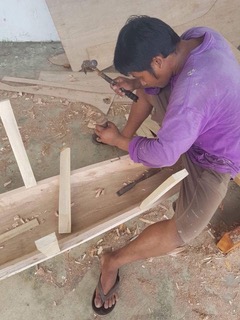 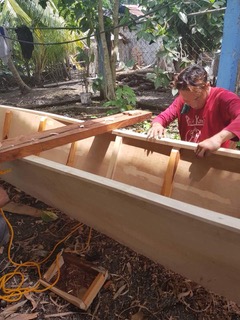 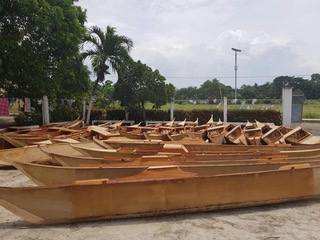 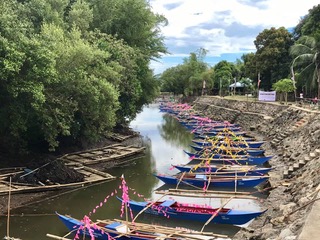 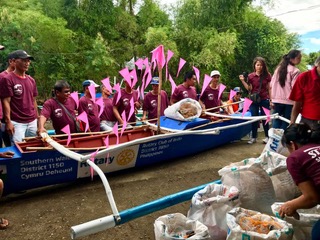 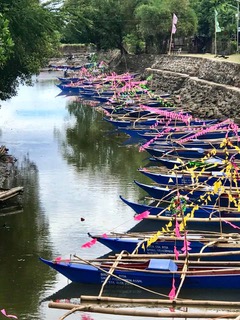 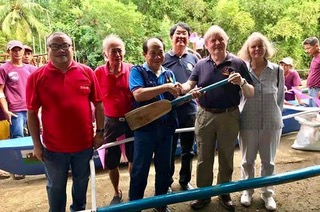 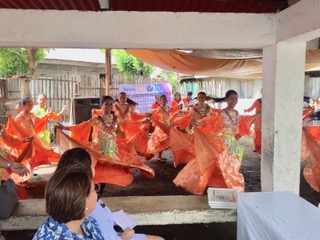 Super-typhoon Haiyan, known as typhoon Yolanda locally, was the 8th super-typhoon worldwide in 2013 but the 25th typhoon to cross the Philippines that year.  With recorded wind speeds exceeding 150mph, it tracked westwards over the Philippines. The eye of the storm passed over the central islands of the Visayas, causing great devastation. At that time, it was the strongest tropical cyclone ever recorded. At least 6,300 people were killed in the Philippines alone, with more than a million homes destroyed and 11 million people affected.

Rotary District 3850, with which District 1150 had completed a reciprocal Group Study Exchange, covers much of the Western Visayas.  Clubs within D1150 responded in the way that Rotary always does to such disasters and donations were made to a District coordinated appeal as well as to other charities such as Shelterbox.  In all, 27 clubs, an Inner Wheel Club and a university Rotaract Club donated funds that, with the District and Rotary Foundation multipliers, amounted to around US$100,000.

Selecting a project took some time for a number of reasons.  As planning started on a proposal, other government or large NGO organizations took over the projects. There was also a degree of aid-fatigue and overstretch on the part of those coordinating the huge humanitarian relief effort.  Eventually D3850 identified a small community that had lost much of its livelihood when its boats were destroyed.  That village had received no aid from other sources.

Santa Rita – a sub-division of the political municipality of Anilao – is about 2 hours drive from Panay island’s capital city, Iloilo.  It is a community of around 300 households, many of which were damaged during the typhoon.  Most families were engaged in small scale fishing close to the shore providing food and some cash from sales of surplus catch sold in a nearby small community market. There had been a fishermen’s association but this had become moribund.

The aim of the project was to provide fishing boats, motors and sets of nets to around 50 families – about 17% of the community.  It also included sustainability plans to revive the co-operative, which would own the boats, and make sufficient profit to repair or replace boats and equipment, possibly increase the number of vessels, and provide some financial bursaries enabling local children to attend school. Identifying local partners, beneficiaries, agreeing a constitution, and preparing the grant application took about a year.

RC of Iloilo became the project host in the Philippines and, using their local contacts, partnered with the University of San Augustin which was instrumental in providing business expertise and training for the project.  Both the Municipal Government of Anilao and the Philippines Bureau of Fisheries and Aquatic Resources assisted and advised throughout.

Working with the university, the Host Club organized training seminars and team-building exercises.  There were consultative meetings to keep the community informed about the project and training sessions were carried out to improve skills in:

The company awarded the contract for the boats assessed the skills available in the community and, with some additional training, arranged for the boats to be built at Santa Rita. In this way, the people who would eventually use the boats were paid a wage by the boat building company during construction and improved their skills in the process.  Similarly, others in the community could make nets and were contracted to do so.  Each boat uses 5 sets of nets of differing gauges, depending on the seasonal catch.

The boats were blessed by the local chaplain on 28th November 2018 and were put into use to reveal any snags.  Only one of the 55 boats eventually built within the budget needed additional attention and that was a mechanical fault with a motor.

On 13th December, there was an official handover of the boats to the Santa Rita Fisherfolks Association.  PP Gareth Cheesman of RC Llantwit Major, the International Primary Contact for the project, and his wife, Janice, attended to represent D1150. D3850 District Governor Lindon See Diet, Iloilo RC President Lydio Pedregosa, PP Jigger Latoza, (Host Primary Contact), representatives from several clubs, the local Congressman, Anilao Mayor and Vice-Mayor, the President of the University of San Augustin, and many other dignitaries were present, as were members of the association and village officials.  Youngsters from the nearby secondary school performed dances and sang by way of entertainment and there was a good party atmosphere. The event was given prominent coverage in the region’s newspapers.

At the time of the official handover, most of the 10% contingency fund remained.  This will be used to provide cold storage facilities and equipment to process unsold catch

The University of San Augustin has agreed to stay with this project for the future.  They will monitor and assist the association and use this opportunity to involve its future undergraduates.

The project will be allowed to run on for a further 6 months before closure to allow for evaluation of the sustainability of the association.

“The Rotary project is most beneficial to my family.  We’ve waited for long to recover our means of livelihood.  Typhoon Yolanda took away everything nearly 6 years ago.  It’s only now that we are able to go fishing daily again because of the Rotary project.  Now I have a source to buy our basic needs, particularly our staple food, rice, and to give my grandchild school allowance.”

“The Anilao Fishing Project of Rotary has given hope to us, as we try to be back on our feet again after the super typhoon.  Now, we are assured that we will have our basic family maintenance needs – rice, coffee, sugar, soap, cooking oil, etc.    We can also buy the school supplies of our children and grandchildren.  We are very thankful to Rotary.”

--Melinda Calzado (beneficiary), married, with five children and two grandchildren, living with them.

“The Rotary Project is a big help to us.  If we can go out to sea, our catch brings food to our tables, and gives us money to buy our household needs.    Through the trainings we undertook, we have learned how to make our livelihood sustainable as a community so that we don’t only work for today, but for the coming years.   The Rotary project has empowered us to secure the future of our children and even of our grandchildren.   Thank you Rotary.”

The twin towns of Fishguard & Goodwick are home to very many people who make their living either from or on the sea, so when Rtn. Alastair Hendrie and his fellow members of the local Rotary Club heard about the devastating effects of typhoon Haiyan upon some of the coastal communities of the Philippines, they felt an immediate empathy with their plight.

“When Alison told us about the District initiative to help and said we too had the opportunity to contribute, we jumped at the chance.  It’s very much a case of “give a man a fish and he eats for a day.  Teach a man to fish and he eats forever”.  These boats are precisely what they want and need.”

Give a man a fish …. The Anilao Fishing Project pages: