We are delighted that the Grand Charity Concert starring Richard and Adam and Special Guests Whitland Male Choir and Rotary Young Musicians, postponed in 2020 is ON and will take place on SATURDAY 9TH OCTOBER , 2021. TICKETS NOW ON SALE 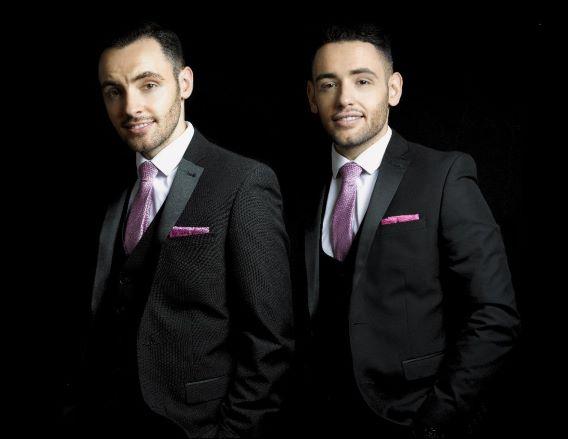 .
We are pleased to announce that the concert has been rearranged for

date and new tickets will be sent out to purchasers. 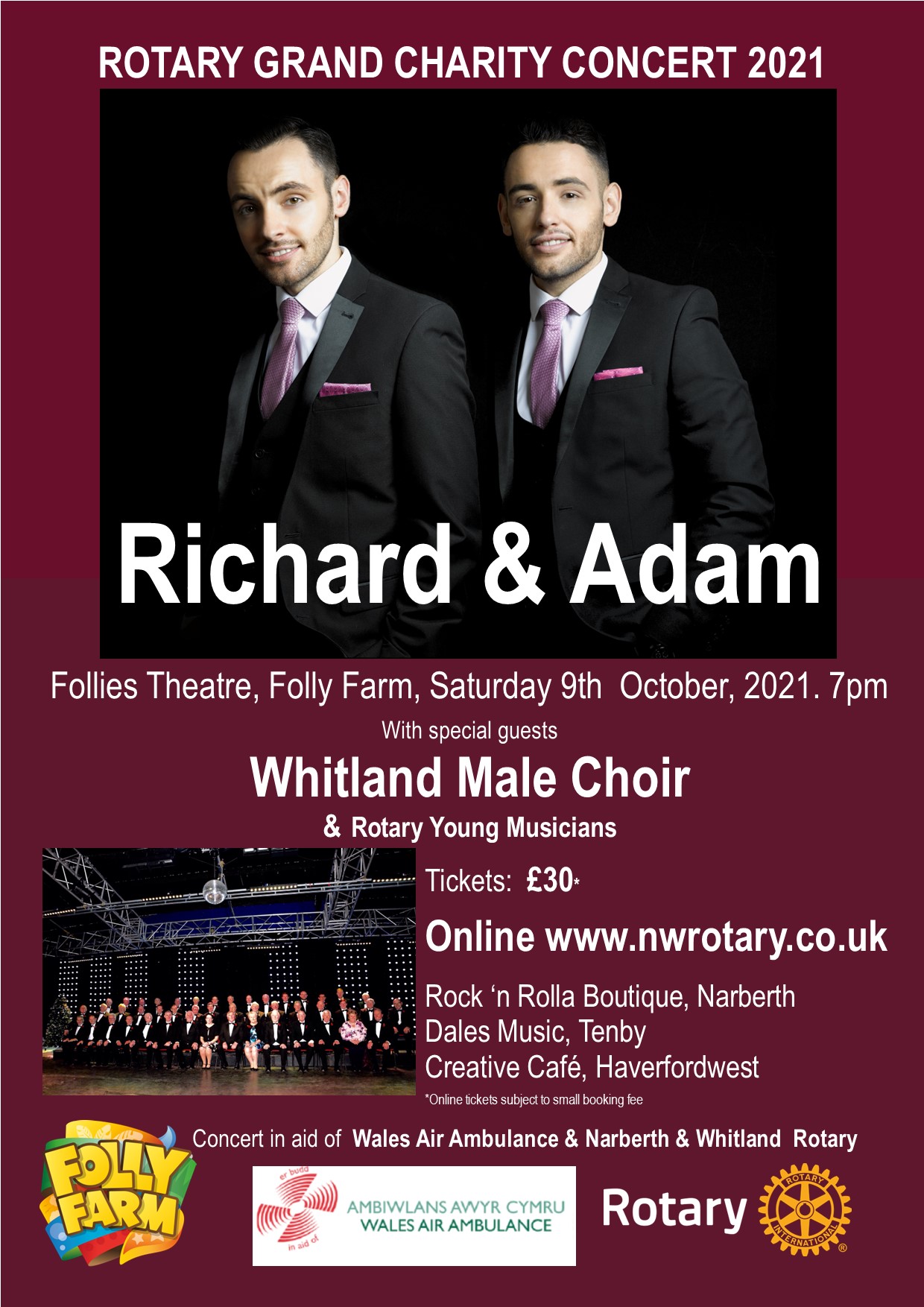 In order to make things more comfortable in the current situation a number of steps are being taken by the organisers.

The overall capacity of the theatre is being reduced by one third to allow more space for the audience. Blocks A and C are reduced from 240 to 160 tickets and Block B from 120 to 80 tickets

A one-way system is being introduced for entry and exit of the theatre.

A pre order system will be in operation for interval drinks

Welsh brothers Richard and Adam first burst onto the nation’s TV screens on Britain’s Got Talent, making it to the final in 2013 performing their classical crossover version of ‘The Impossible Dream’. The show established them as two of the greatest vocalists singing opera in this country.

They credit their 'Nan' as being their biggest influence. When they were young, she played music by Caruso, Mario Lanza and The Three Tenors and she encouraged them to sing along, building their confidence and encouraging them to follow an opera career. They honed their craft, playing live gigs and performing with the Birkenhead Operatic Society. When they won a local talent competition, the offers came flooding in and they began performing professionally on cruise lines before their big break on Britain’s Got Talent.

Having made it to the final, the boys signed a record deal and have since had a number one album, 'The Impossible Dream' that remained at the top of the charts for four consecutive weeks, breaking UK records. A sell-out UK tour followed and a number five charting album titled 'At The Movies' that competed with international artistes including Dolly Parton! Their fourth album ‘Believe’ again reached the top 10 in the UK charts and was number one in the classical charts.

Richard and Adam have also had the opportunity to perform at the prestigious London Palladium and Olympic stadium, and more recently at the Liverpool Empire, where they received standing ovations on 'Britain's Got Talent Big Celebration' with acts such as Susan Boyle and Paul Potts.

Richard and Adam recently were also given the opportunity to return to TV with ‘Britain’s Got Talent The Champions’ selected from hundreds of acts from around the world receiving standing a ovation from Wembley arena and all the judges including Simon Cowell.

As they start a new chapter, and with the increasing commercial appeal of classical crossover and musical theatre genres, Richard and Adam are focusing on their future and touring all over the UK with a brand new show.