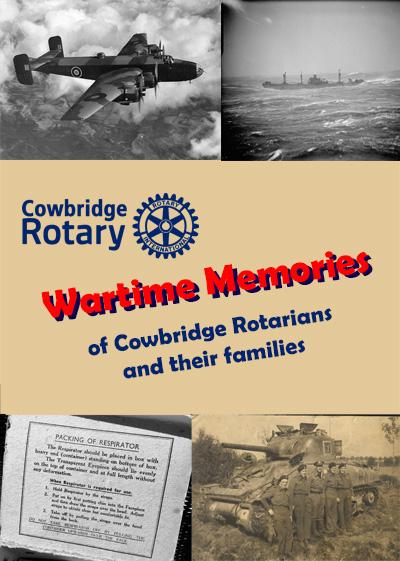 The preface to the book is reproduced below with some illustrations from the book:

8th May 2020 marked the 75th Anniversary of VE day. Despite being in lockdown as a response to the Coronavirus, residents in Cowbridge and the local villages celebrated the anniversary as best they could. There were no street parties or wild celebrations, just socially distanced activities usually involving raising a glass to our ancestors who sacrificed so much for our future.

During the celebrations, inevitably, thoughts turned to the experiences of our friends and relations during World War 2. This booklet grew from those conversations and many subsequent discussions. Each conversation gave a unique insight into the wartime experience and was worth capturing. The opportunity was offered to the members of Cowbridge Rotary and they responded magnificently. Some wrote their own accounts but in a few cases the accounts had already been recorded in other books. Others wanted some help in writing theirs. All welcomed the opportunity to tell their stories.

The booklet concentrates on the longer stories but there were some who only had snippets of a memory. Like Margaret Greenwood who remembers an event from her childhood in Wenvoe. An air raid siren sounded whilst she was at school and, as was usual, she went home to use the shelter there, taking with her a friend who lived some distance from the school. As they crossed the field near her home a German plane came over the hedges and started shooting at her. She and her friend escaped injury. Asked if she was frightened the answer was ‘ No, not really. I was just surprised.’

The best way to describe this booklet is perhaps as a collection of jigsaw pieces. They are a part of the vast World War 2 jigsaw and depict very personal and particular experiences. It is not the whole story but a sound and realistic personal representation of the war through the eyes of those who have survived to date and the tales told to them by their relatives.

The book is illustrated with factual information to put in context the personal stories. The stories have not been scrutinised for any errors or inconsistencies but accepted as the recollections of the contributors.

This booklet has not been compiled for profit but to ensure that the snapshots of the War, highlighted by the various contributions, are preserved.

The 75th VE and VJ celebrations in 2020 are likely to be the last major celebrations associated with World War 2. This booklet is the club’s contribution to wartime history and will be lodged with the Cowbridge History Society and offered to local schools studying World War 2.

more Could you spare just a few hours to help spread the message about the great work that Carers Wales do in our communities?

more Community Service is one of the mainstays of Rotary Service and it helps Rotarians to plan and undertake projects that will help to improve the lives of people of all ages, abilities and diverse needs in our local communities.

more Find out what Vocational Service can offer your club 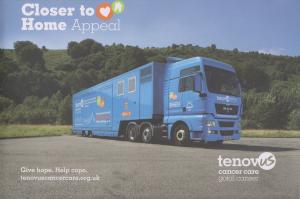