To see the latest from eRanger click on this link

As ambulances go the eRanger Ambulance looks a little strange when you first set eyes on it. Look more closely and it starts to make good sense.

At a fraction of the cost to buy and run than a more conventional 4x 4 ambulance the eRanger is just as good, if not better, at handling the rough road conditions so often found in rural African countries. Also, the eRanger’s are strong and rugged yet easily repairable when necessary.

It bridges that critical gap between a remote clinic or village and the nearest hospital, often as the only vehicle available to carry the sick, injured or expectant mothers with complications, it’s a lifeline that can literally mean the difference between life and death.

A story as reported by Mr Biku Ghosh FRCS of the Southern Ethiopia Gwent Health Link, in what is a typical scene repeated all too often in rural parts of so many African countries.

Thanks to the Gwent Health Link donating the ambulance and training the staff, she did not become part of the statistics for maternal death, still so high in Ethiopia due to lack of adequate facilities and trained staff.

So far the three eRanger Ambulances donated by the link to Yirgacheffe and in Alaba have made similar 50 journeys in the last two months. The third motorbike ambulance for Wondogenet delivered in June 2009 is expected to make a similar contribution.

Designed in the UK by Mike Norman and The Ranger Production Company team over the past ten or so years it has now reached a stage that sees over 400 eRangers being used by agencies within the UN, National Governments, DFID, WHO and other large and small NGO’s – all working to reduce deaths from treatable conditions in Sub Saharan Africa and Afghanistan.

Development of new designs and features still takes place in the UK with the production of the vehicles taking place in South Africa. This means Ranger can transport them relatively easily to most locations in Sub-Sarah an Africa and beyond. 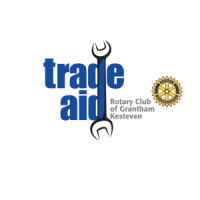