How the District continues to support the Eradication of Polio 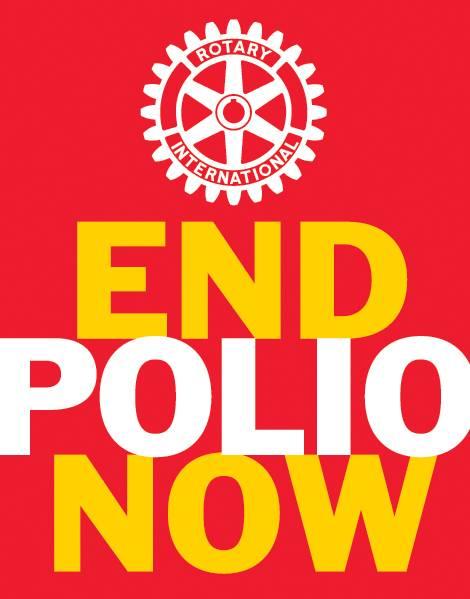 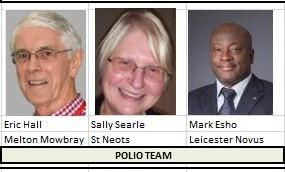 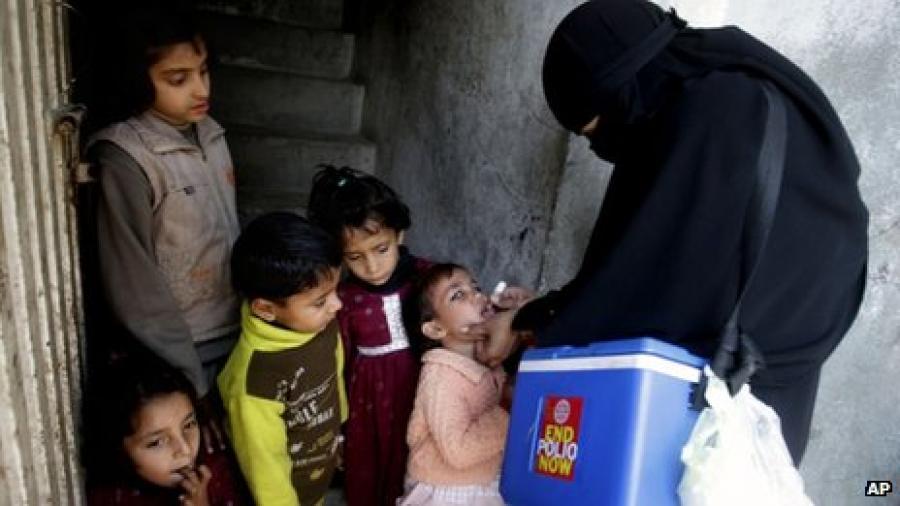 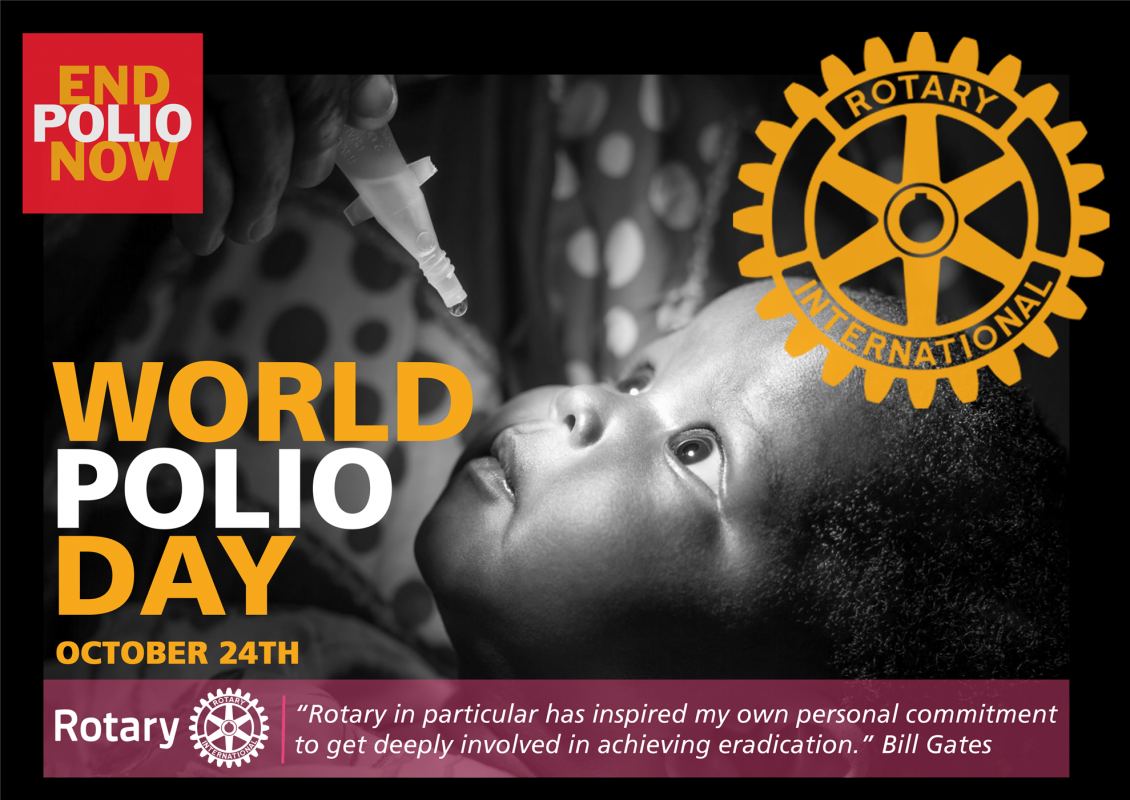 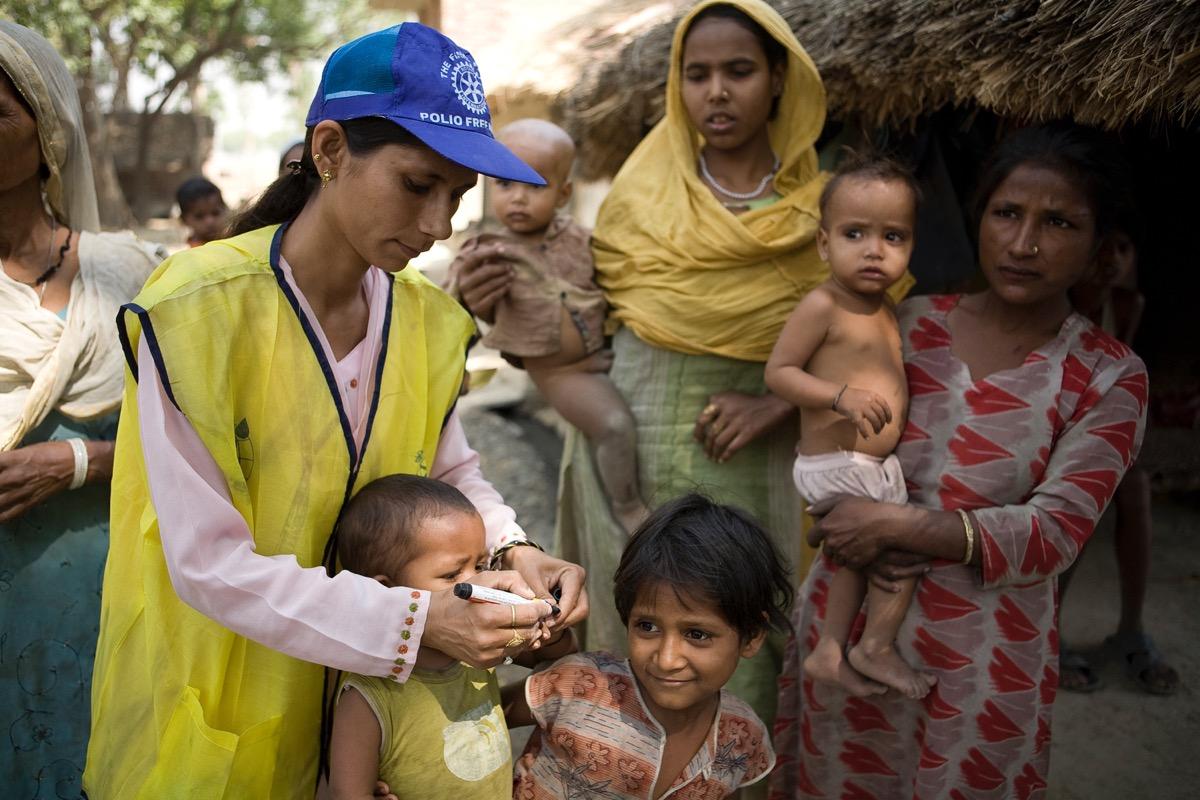 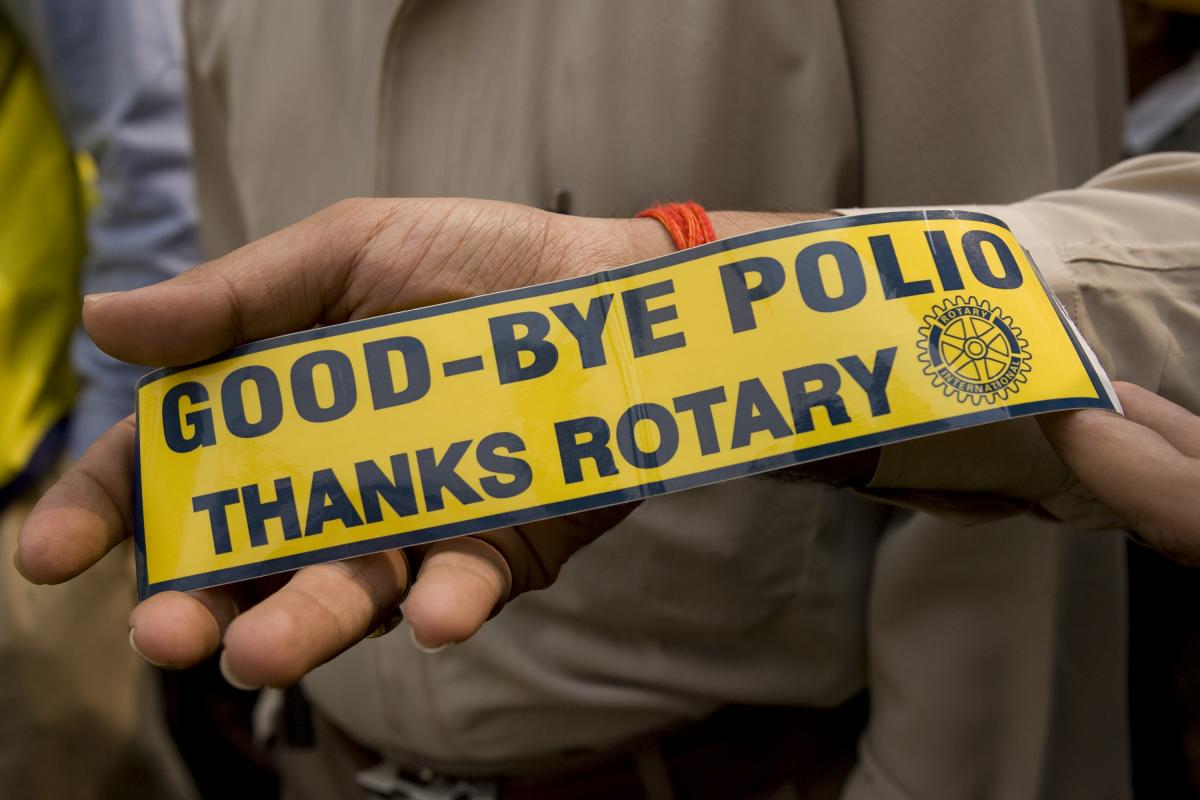 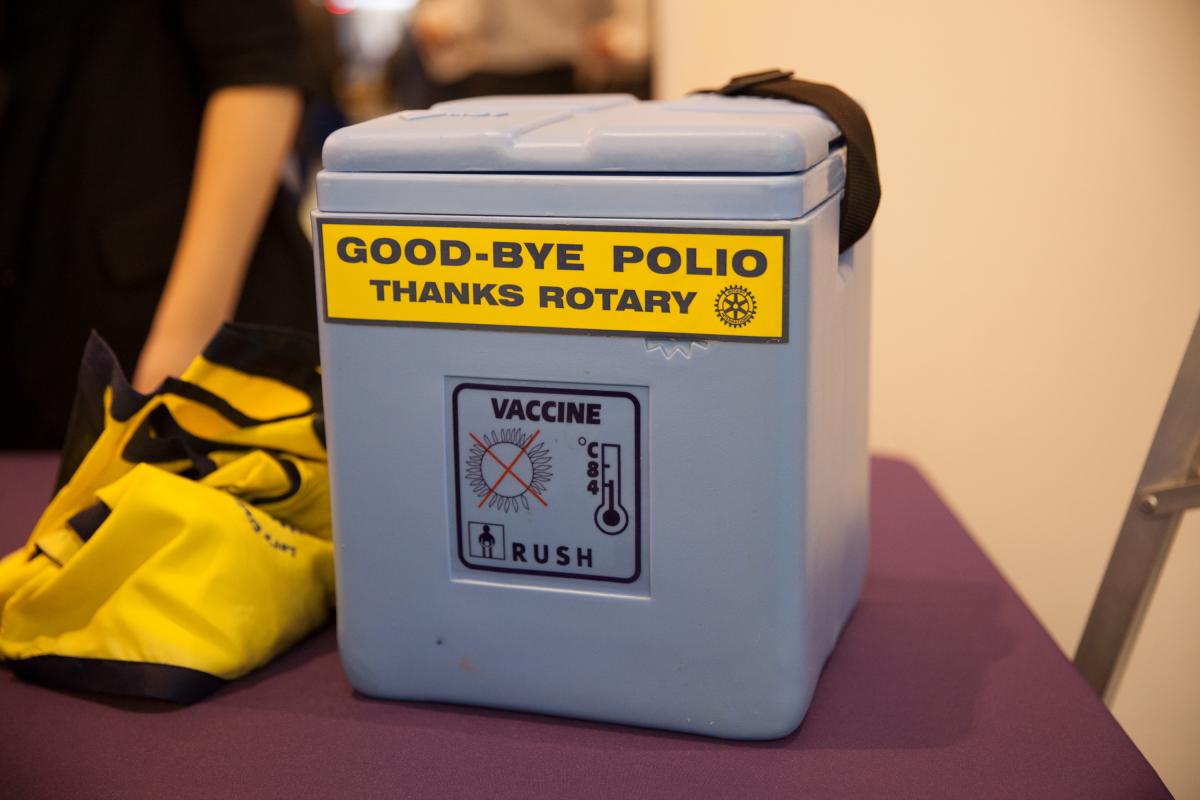 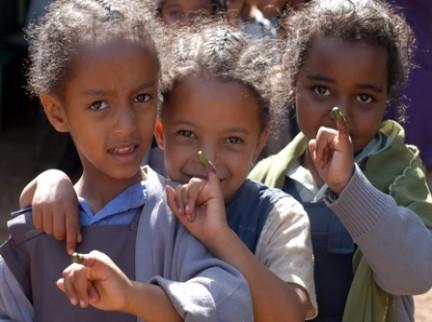 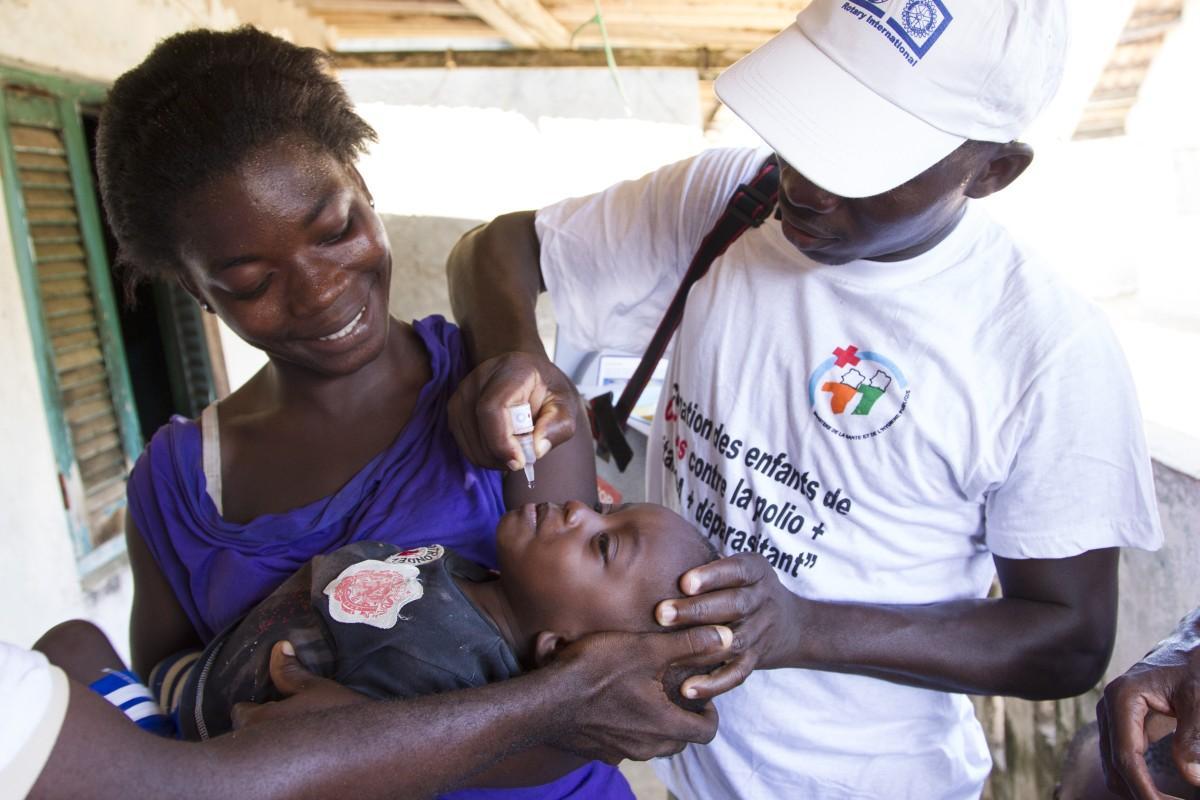 While only older people remember children in callipers with flaccid legs (‘infantile paralysis’) and adults in ‘iron lungs’, it is a depressing reality that unless polio is eradicated globally, a return of such horrors may be only a flight away!

Poliomyelitis is not hereditary. It results from poor hygiene and bad sanitation. Of the original three strains, each needing a specific vaccine, P1 is the only one now left in the environment although circulating vaccine derived polio is an increasing threat across Africa in particular but anywhere with a poorly vaccinated population is at risk.  The polio virus enters children’s bodies though contaminated food or water – the faeco-oral route – and multiplies in the throat or intestine. From there it passes into the blood stream or sometimes the nervous system, causing paralysis by destroying the nerve cells, which cannot regenerate. Over 99% of children have only a mild form of fever and body ache, which may go undetected as the polio virus infection; fewer than 1% of them develop acute flaccid paralysis.

Infected children excrete the virus in the faeces, which can infect unimmunised children. The motivation for Rotary’s polio campaign stemmed from the eradication of smallpox, which like polio was a viral disease for which vaccines already existed. Unlike smallpox, polio viruses can survive for long periods outside a human host, especially in sewage.

Improvements in health and the provision of sanitation and clean water would offer huge advances, but the strategy to eradicate polio was to carry out vaccination on a global scale.

In 1985, Rotary International, the world’s largest service organisation, announced a plan to eradicate polio by vaccinating every at-risk child under five, and has since contributed over $1.8 billion to implement this plan*. In 1988, the World Health Organisation, UNICEF and the US Centers for Disease Control and Prevention joined Rotary to launch the Global Polio Eradication Initiative.

In the United Kingdom babies are vaccinated at the ages of six weeks, 10 weeks and 15 weeks, followed by a booster at 18 months. In countries where diarrhoea is common because of waterborne infections, children need far more doses to achieve the same immunity. So the solution to the problem has necessitated an immense effort on an unprecedented scale.

The vaccination process is simple. One person squeezes two drops of the oral polio vaccine (OPV) from a plastic vial on to the tongue of a child and one uses an indelible pen to mark the child’s finger – a purple pinkie – to indicate they have been vaccinated. This takes only a few seconds and costs about 50p (80 cents).

As a result of this long-term strategy the number of polio cases has dropped by over 99% since 1988, from about 350,000 cases annually in 125 endemic countries to a very small number in 2020 in only two countries: Afghanistan and Pakistan. On 24 October 2019 Nigeria marked three full calendar years without a single case.

However, the onset of the COVID-19 pandemic threatens to cause great damage to the worldwide campaign against polio due the cessation of routine door-to-door vaccinations and the diversion of GPEI assets to the campaign against COVID-19.

Routine immunisation is essential because it is the main way that polio-free countries protect their children from the threat of imported polio. The strategy is to administer four doses of polio vaccine to every child before their first birthday, then a dose on a specific day each year until their fifth birthday.

National Immunisation Days (NIDs) are set by governments as a critical eradication strategy. Rotary’s PolioPlus program has been one of the driving forces behind NIDs. To appreciate the scale of a typical NID, as many as 170 million children are immunised in a single day in India. The job of Rotarians and health workers is to dispense two drops of vaccine onto the tongues of as many children as they can find on that day.

Targeted mop-up campaigns usually follow NIDs but are smaller operations, often requiring house-to-house visits to ensure than as few children as possible have missed being immunised.

What Rotary will do next

Completing polio eradication is now an emergency because the world fully understands the consequences of failure,

It is tempting to scale down the effort now that only small numbers of cases are reported in just three endemic countries. But there is no room for complacency: we cannot stop immunising until the world is polio-free.

Reaching children with the vaccine in the disease’s remaining strongholds requires funding and the effort to overcome challenges such as poor infrastructure, geographical isolation, armed conflict and cultural mistrust about the eradication campaign.

Whilst the focus is now on Afghanistan & Pakistan.  India is still only just over the first hurdle and other countries are at risk with polio cases imported from the endemic countries and the circulating vaccine derived virus. In Africa, Chad and the Congo have had significant outbreaks, and a few cases in China, which had been polio-free for a decade, were attributable to a virus from Pakistan.

Rotary is committed to support the following actions to achieve total polio eradication:

Halting the spread of the polio virus in the  remaining endemic countries, which continue to export it to polio-free areas:

What you can do

During Rotary International’s 35-year campaign there has been a dramatic drop in the number of new polio cases. But the task is not yet complete: Rotary still needs a great deal of money to ‘finish the job’ and this is where you can help. Remember: every £1 donated can save the lives of two at-risk children.

Please contact RFUK at www.rotarygbi.org to make a donation which includes Gift Aid.

End Polio Now - Rotary's No 1 Priority - our Promise to the Children of the World pages:

more An update on Rotary's effort to rid the World of this dreadful illness.

more An update on Rotary International's effort to rid the world of Polio.

more Update from our EPN Co-ordinators