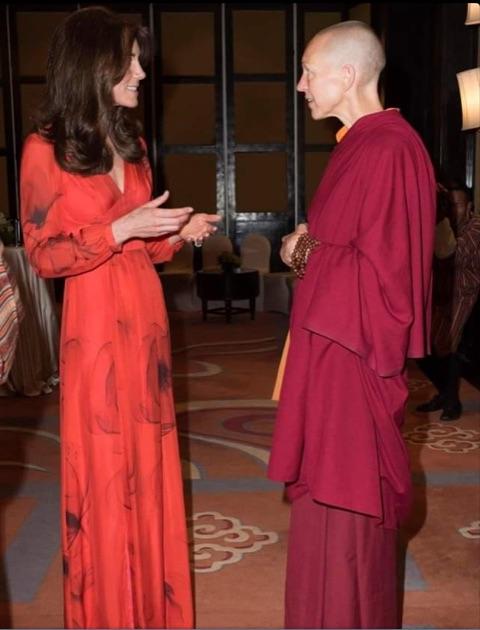 Emma Slade, also known as Ani Pema Deki is a University of Cambridge educated former high-flying financial analyst who worked for HSBC in New York, London and Hong Kong. She is also a British yoga and meditation teacher, an author and founder and CEO of the charity "Opening Your Heart to Bhutan." The charity focuses on helping children in need in the Himalayan kingdom, particularly those in rural areas. It provides access to education, to medical care (including the helping with training of medical practitioners) and supplies basic amenities, including sanitation and transport.

Invited to give talks internationally, Slade's appearances as a public speaker have included the Oxford Human Rights Festival in 2018 and a TEDX talk in January 2017. She is the subject of a short film – "Happiness" – that is part of a schools education project set up by the Dalai Lama Centre for Compassion in Oxford.