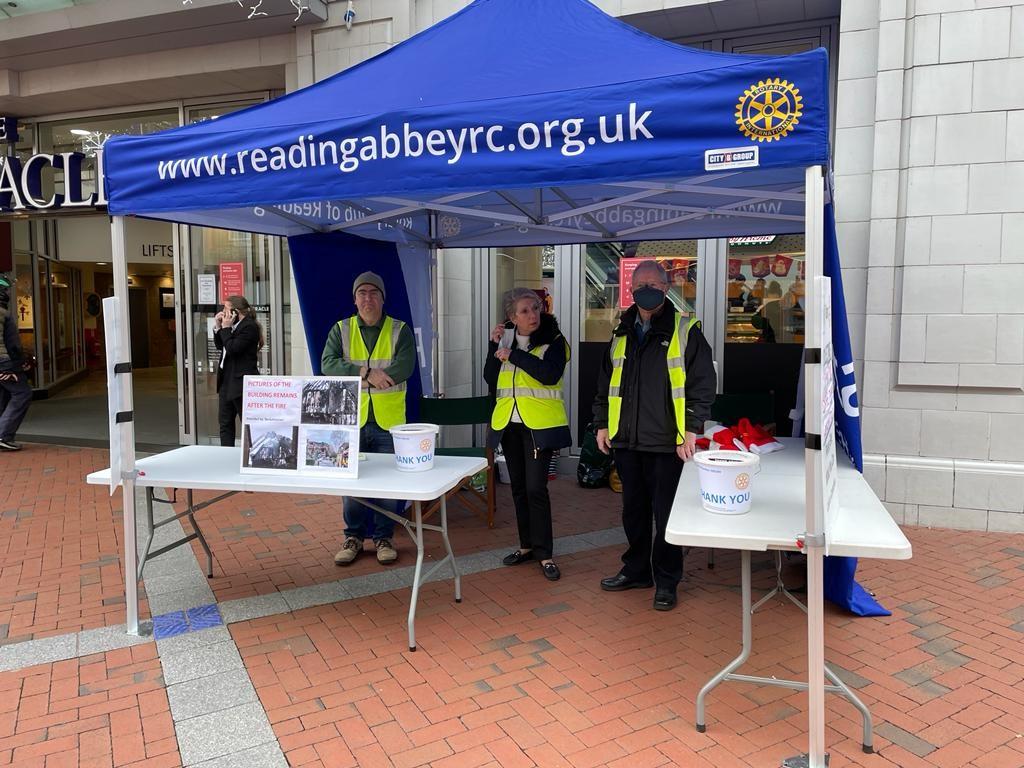 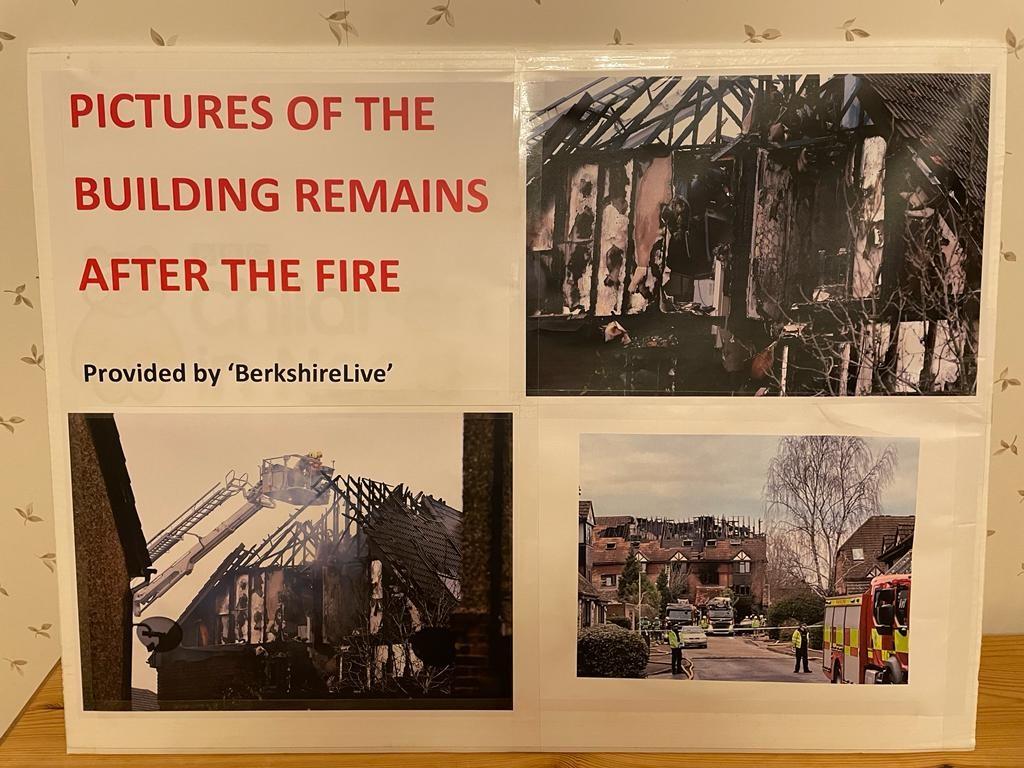 Within hours Pangbourne Rotarian Marius Hopley had liaised with rescue services and Reading Borough Council, met some of the victims and identified their immediate needs. Pangbourne Rotary immediately agreed to donate £1000, and Marius with his wife Saerah, a fellow Rotarian, used the funds that day in supplying clothes, toiletries, and other essentials specific to each victim. A publicity campaign was started and a fundraising site for the victims was set up on the Club Facebook page.

Pangbourne’s proactivity was recognised with Marius being interviewed on local radio, BBC and ITV (the latter two whilst manning Pangbourne Club’s Santa Sleigh).

Tony Eldridge notified the other nine clubs in Reading who rallied to the cause with offers of help. President Sue Robinson (Reading Abbey) and her team immediately organised three days of street collections in Reading town centre.

These combined efforts have to date (19th Dec) raised more than £2,000. The public have been very impressed at the speed with which Rotary has acted and this, in turn, has led to some membership enquiries.

Marius said it was more than just Rotary and said there had been an "incredible response" from the community to help those affected.

He explained: "Rotary has access to money that's been raised to help people affected by humanitarian incidents.

"For example, we've helped people affected by earthquakes, tornadoes, etc.  It's often used internationally, but in this case we were able to access it very quickly for this particular situation in the community.

"We spoke to the people affected and it became clear some of them had been left with nothing.

"We understood what was needed and we were able to get that from Reading.  In these cases, it's better to get new items specifically based around what people need - new socks, t-shirts and things like that, rather than the second hand stuff which might not be suitable.

"Essentially, we've got nowhere to store any clothing donations and a lot of it might not be right for the people affected.

"So by about 2pm, the people affected had the things they needed."

Marius added: "It's important to say this isn't just about Rotary.    We were fortunate to have access to money that was made available quickly by Pangbourne Rotary Club.

"I've really seen the milk of human kindness.  For example, KFC and The Lemon Plaice chippie both donated food to the people who have been affected, because fundamentally it's about being a human being."

Outstanding proactivity and teamwork from Rotarians in Reading. 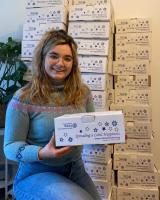 more Megan Tiddy, a member of the Phoenix Community Club, an offspring of Thame and District Rotary, coordinated the filling up of 97 Rotary Shoe Boxes.

back The news from December 2021