Analyisis of donations and expenditure

Early in March 22, as the impact of the Russian invasion became clear, it becaome evident that D1070 clubs wished to make cash donations to Rotary Clubs in and around Ukraine which were involved in refugee relief.   As a result a "spare" Foundation bank account, which had previously been used for a Global Grant, was opened to receive donations for Ukraine.  We resolved to distribute the money as early as possible to alleviate the suffering which could be seen every evening on our TV screens and our first donation was made only 2 days after the "Aid to Ukraine" fund was opened thereafter donations were made regularly as soon as 5 or 6 thousand pounds had accumulated in our fund.  Our most recent donation was made just in time for Xmas on 22 December 22.

Our earliest donations were sent to the Polish National Rotary relief fund operated by RC Zamosc; we then donated to the smaller and less organised Romanian relief operation through a variety of clubs and also via volunteers from our District eClub who were active in Poland in bringing aid to refugees.  Finally, we made contact with the RC Kyiv International through whom we channeled all our later donations which were mainly employed in equipping shelters .

Below is an analysis of donations collected and disbursed:

more This page contains, emails and videos from Ukraine.

more This page if for Clubs and Members to share their experiences of Supporting Ukraine and Ukrainians.

more On this page, you can find downloadable pdfs that have been sent to the District by the Rotary GB&I Ukraine Crisis Taskforce.

Requests for Help for Ukraine

more On this page are requests for specific help made from within Ukraine.

What has District 1070 Done for Ukraine

more This page is designed to list what District 1070 has done for the Ukraine Crisis. Please do not see it as a league table, please see it as an opportunity for us to publicise what we collectively have achieved.

REFUGEES IN OUR DISTRICT

more Stories about Refugees in the District

How do we get Involved?

more How do you want to donate to the Ukraine Disaster?

more As the support for Ukraine and Ukrainian Refugees grows within the District so more questions will be asked and answered and will appear on this page.

more This page identifies who is on the Ukrainian Team and the teams initial remit. 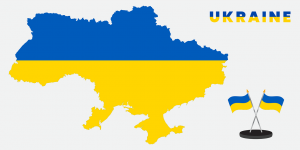 back This page has been created to allow co-ordination of District wide projects to share information and provide an avenue which clubs clubs can use to request help.