President Michael Holehouse hands over the reins to Gareth Vest.

Partners' Evening - details to be advised

A visiting Rotary Scholar will be talking to us about their experiences in the UK and their career aspirations. read more...

Green Corridor's mission is to improve access for disadvantaged 14-25 year olds to sustained employment, education and training through practical environmental land based learning.

Jane is the Chief Executive and Artistic Director of Norden Farm Centre for the Arts a theatre venue in Maidenhead with live events, gallery, restaurant and cafe bar.

Barry explains how astronomical objects that often appear in paintings or other historical accounts can be used, by astronomers, to gain a deeper insight into the artists' mind or location. 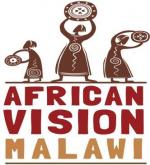 Following the untimely death of Rotarian Ray Dance the scheduled speaker has been postponed and we will get together for a meeting of reflection and tributes.

Dr Gillespie, Head of Burnham Grammar School, will bring members up to date with the success story of the School, which currently is over-subscribed. read more...

Rtn Colin Gash gives an account of the WW1 activities in 1917. read more...

A presentation on a journey along the Silk Road read more...

“A Classicist on University Challenge - and after”
read more...

A topical talk by The Head Master of Reading Bluecoats School. read more...

The chairman of Maidenhead Waterways on the rejuvenation of the town centre
read more...

The National Trust Curator : a specialism in generalism read more...

Breakthroughs in neuroscience and psychotherapy have led to a major understanding of what addiction is about. Colin's talk illustrates in simple layman language what lies behind addiction, such as shopping, food etc and ways of helping resolve it.

Brian is the Chairman of the East Berkshire Executive Job Club, that is dedicated to helping more mature candidates find work or change career direction in these increasingly difficult times. Since 2009 they have helped over 450 people in their job search read more...