The main objective of the Freewheeling project is to "recycle" redundant/unwanted wheelchairs, and other walking aids, from various sources in the UK and make them available free of charge to the needy disabled people in Southern Africa.

Rushmoor Rotarians visited South Africa to see the operation for themselves

The project was recognised by Rotary GB&I when it chose District 1140 and the Freewheeling Project as the winner of the Connecticut Trophy at the Dublin National Conference 1999. It was also chosen by then National President Tony de St Dalmas for presentation to the delegates at the Blackpool National Conference.

The project also received a letter of endorsement from Lady Diana, shortly before her untimely death, and from the High Commissioner of South Africa in 2005.

In both the UK and South Africa the project has enhanced the image of Rotary and its objectives.

The items collected are obsolete, redundant or scrapped by various Health Authorities and Red Cross loan centres or personal donations. NHS regulations require that returned wheelchairs are inspected before reissue and labour costs together with poor availability of spare parts or changes to the rules often lead to premature scrapping.

Some of those classified as obsolete are, in fact, unused and are scrapped simply because they do not meet current regulations or a newer model has been developed. Under UK Health & Safety regulations certain repair methods such as welding are not allowed, increasing the number of scrapped chairs that could be recycled.

While some wheelchair repair units are resistant to donating the scrapped chairs to the project and the organisations’ rules insist that the chairs are physically destroyed. Many allow us to collect them provided they are exported outside the EU.

Most of the chairs we ship can be used "as is" or can be repaired cheaply in South Africa where the recipients are pleased to be given the chance of mobility and are unconcerned about aesthetics or European regulations.

In the UK, many Clubs have assisted in a variety of ways. Rushmoor would particularly like to thank the Rotary Clubs of Hornchurch and Farnborough for their continuing support. In Africa, the list of Rotary Clubs participating in the project is long and includes the Rotary Clubs of: Cape Town, Pietersburg, Pietersburg "100", Amanzimtol, Saldanha, Evander, Richards Bay, Springs Park, Scotburgh, Algoa Bay, Roodepoor, Margate, Kempton Park, Piet Retief, Orange Grove, Durban Clairwood Park, Uvongo, Greywood, Durban North, Three Rivers & Butterworth, and many others. Rotary Clubs in Swaziland, Angola, Mozambique, Malawi, Botswana and Lesotho are also now involved. 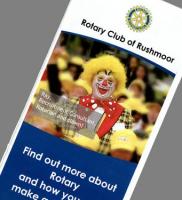 We will be collecting from Sunday Dec 6th till Christmas Eve, please see times and dates below and click on the links for details of the route. 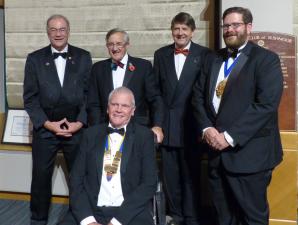 The various committees of the club are listed in this section 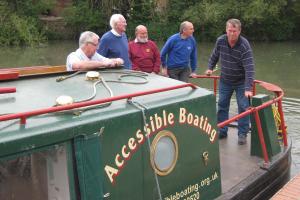