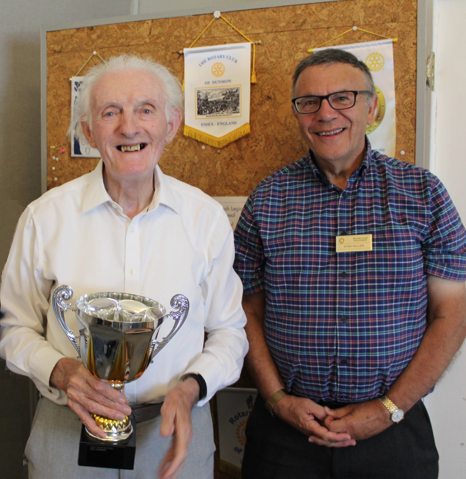 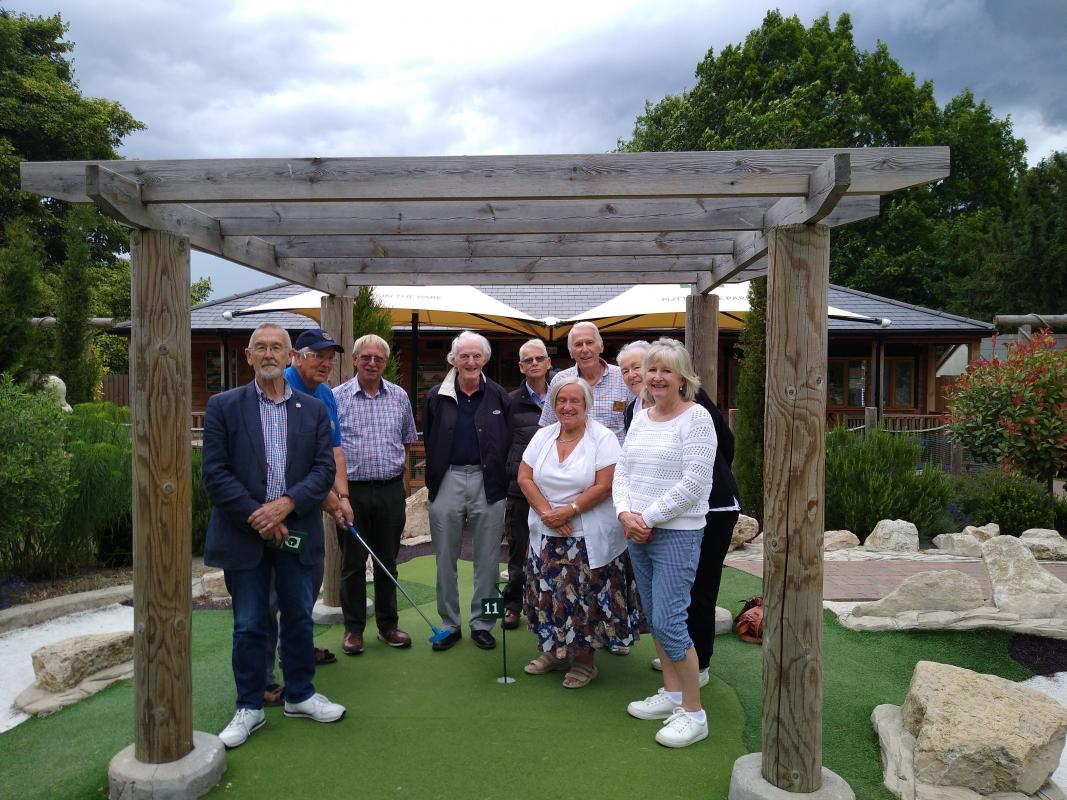 The Dunmow Rotary Bowls Team have, for the second year running, won the 2022 District Ourdoor Bowls Competition. The winning duo, pictured with the trophy, was Philip Helps and Stan Keller. The enjoyable final took place at the Stock and Buttsbury Bowls Club, where they beat the Grays & Thuruck Rotary Bowls team. Dunmow also beat the Epping Forest Rotary Club team at an earlier stage of the competition.

The team were undeterred by a warning from the club that it doesn’t like winning as it doesn’t have a trophy cabinet.

There was also sucess at the Mini Golf challenge by the victorious team of Richard Harris, David Beedle, Roger Hammond and Philip Helps winning against the Colchester Centurion club.  Roger achieved a hole in one and Richard scoring the lowest round of 45.  Well done team.