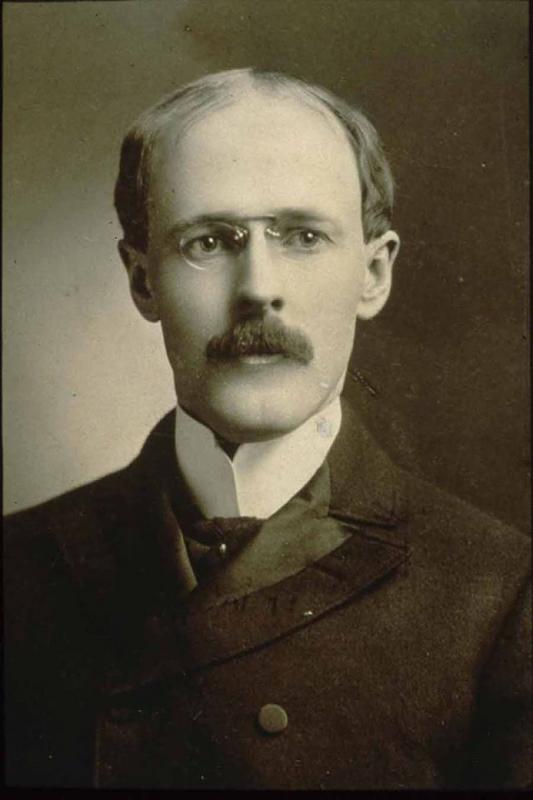 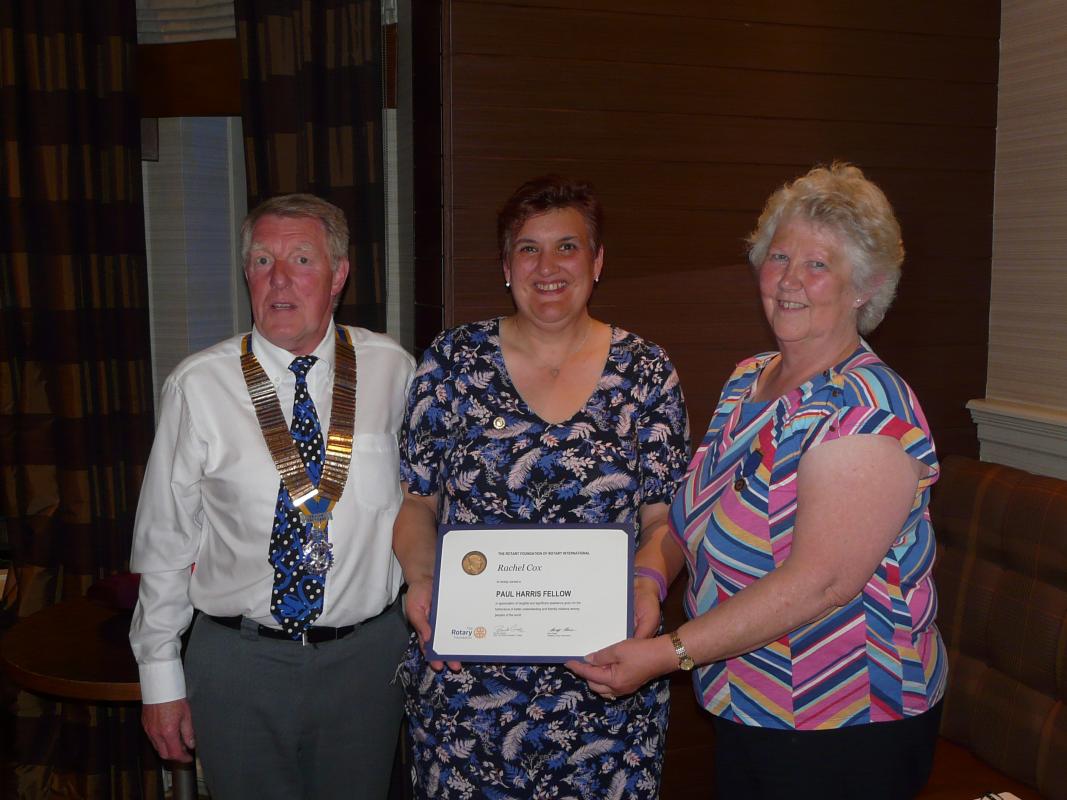 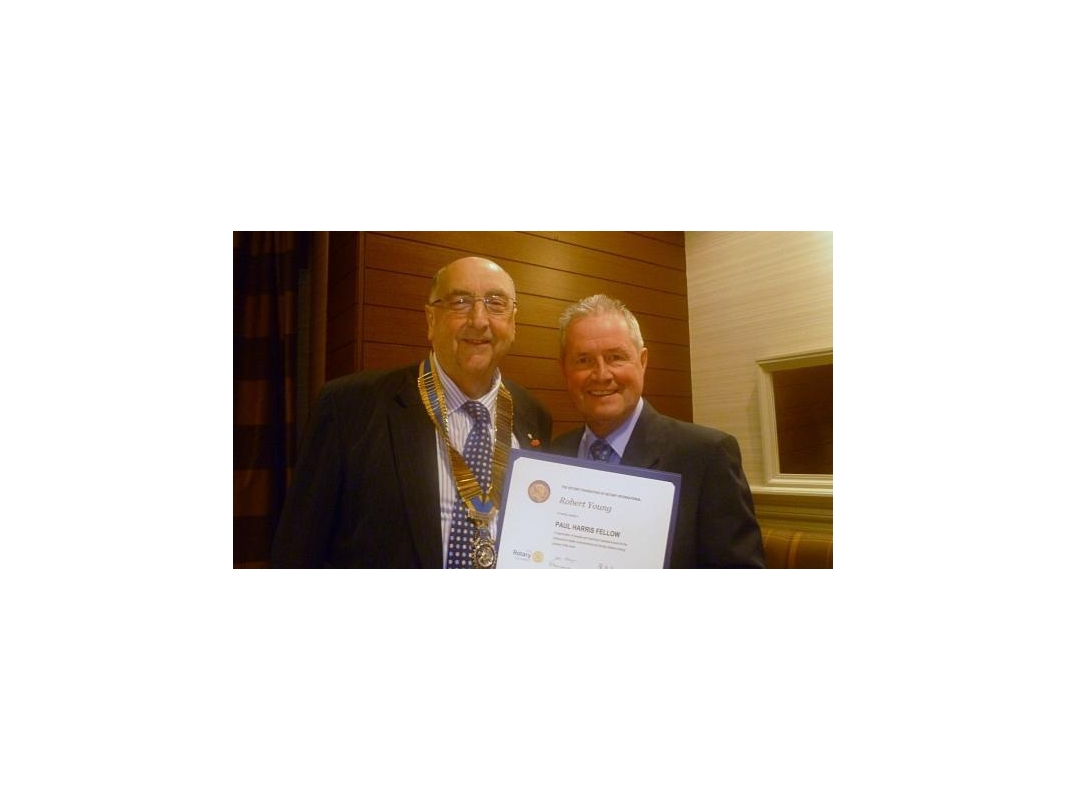 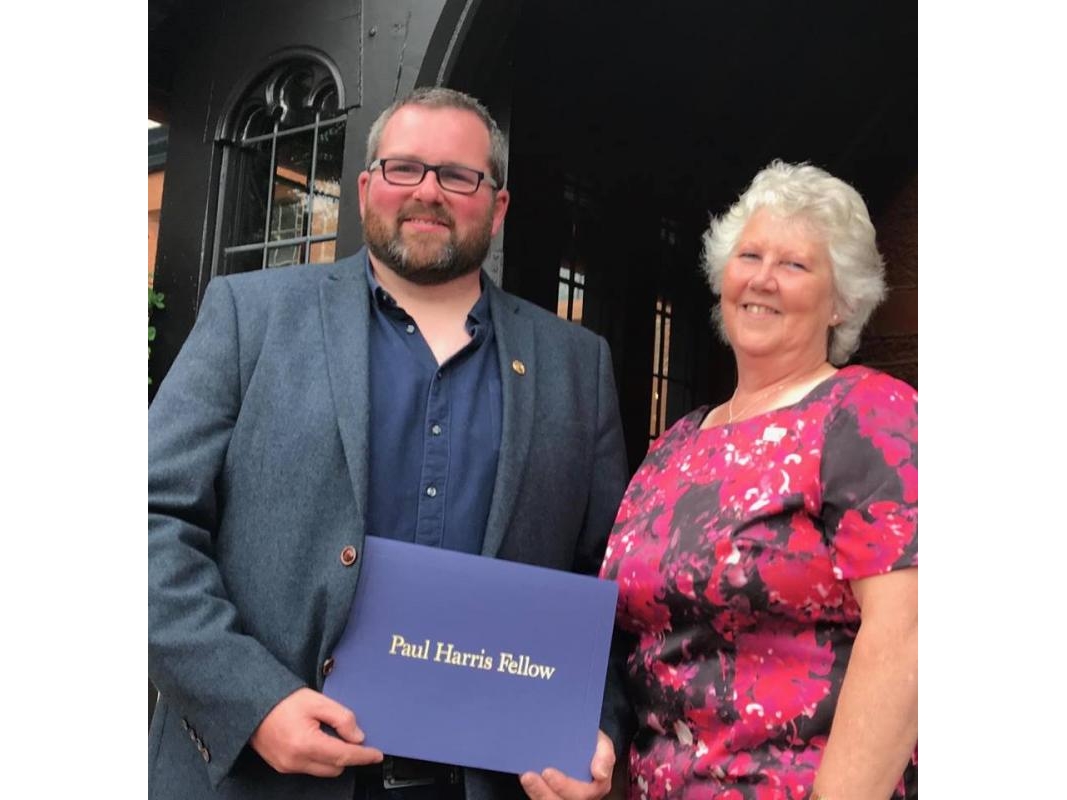 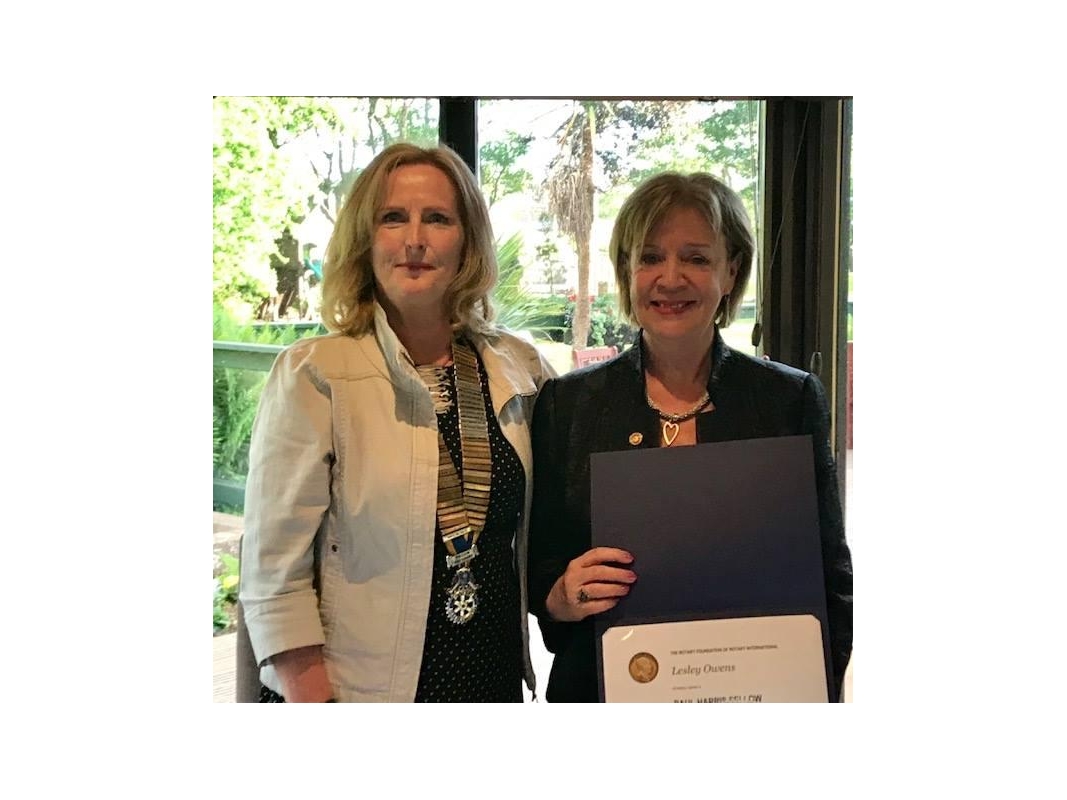 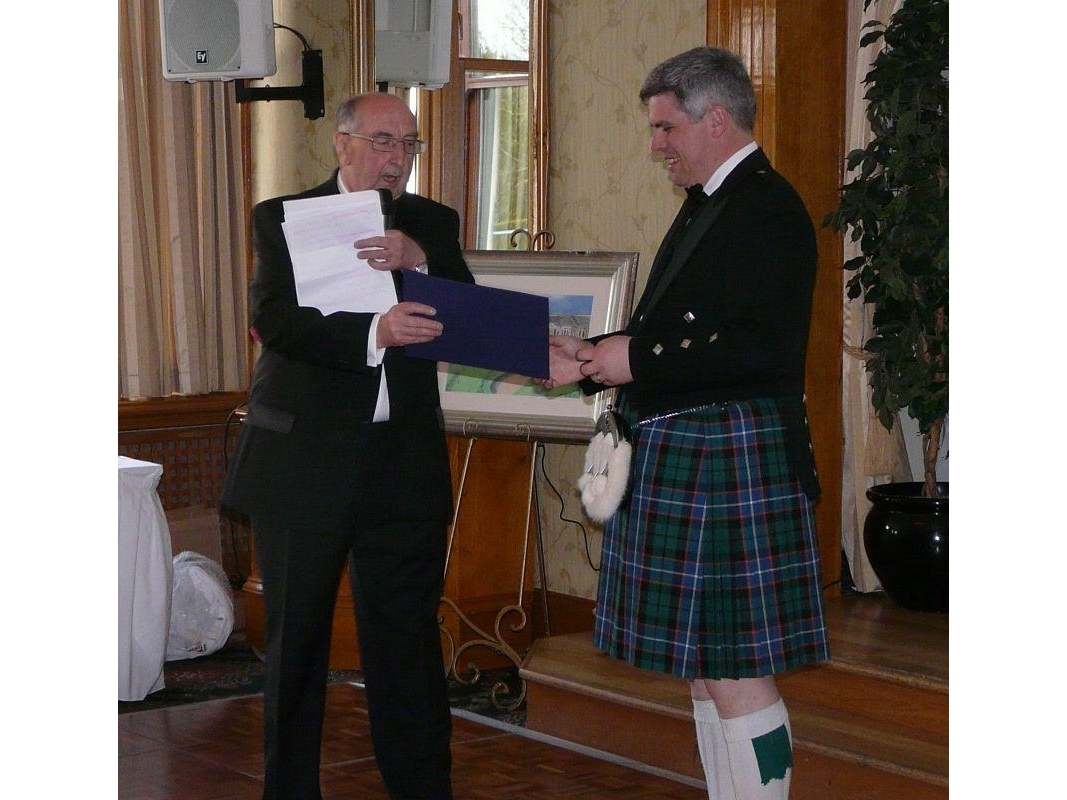 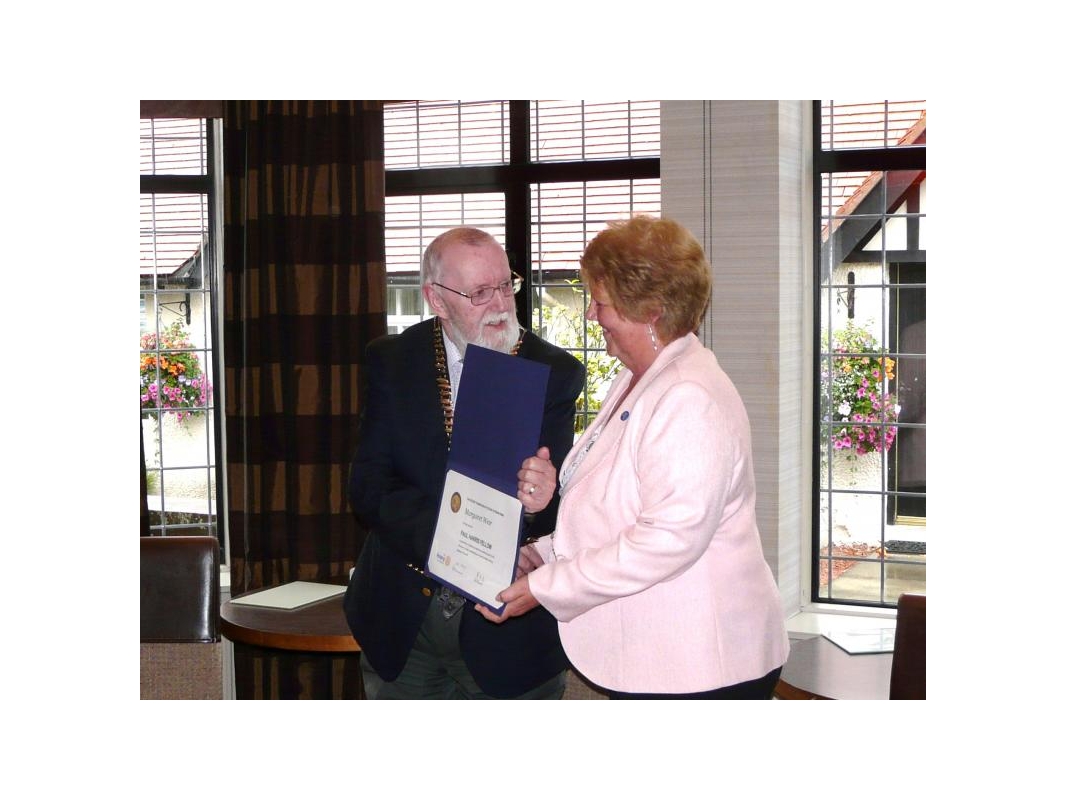 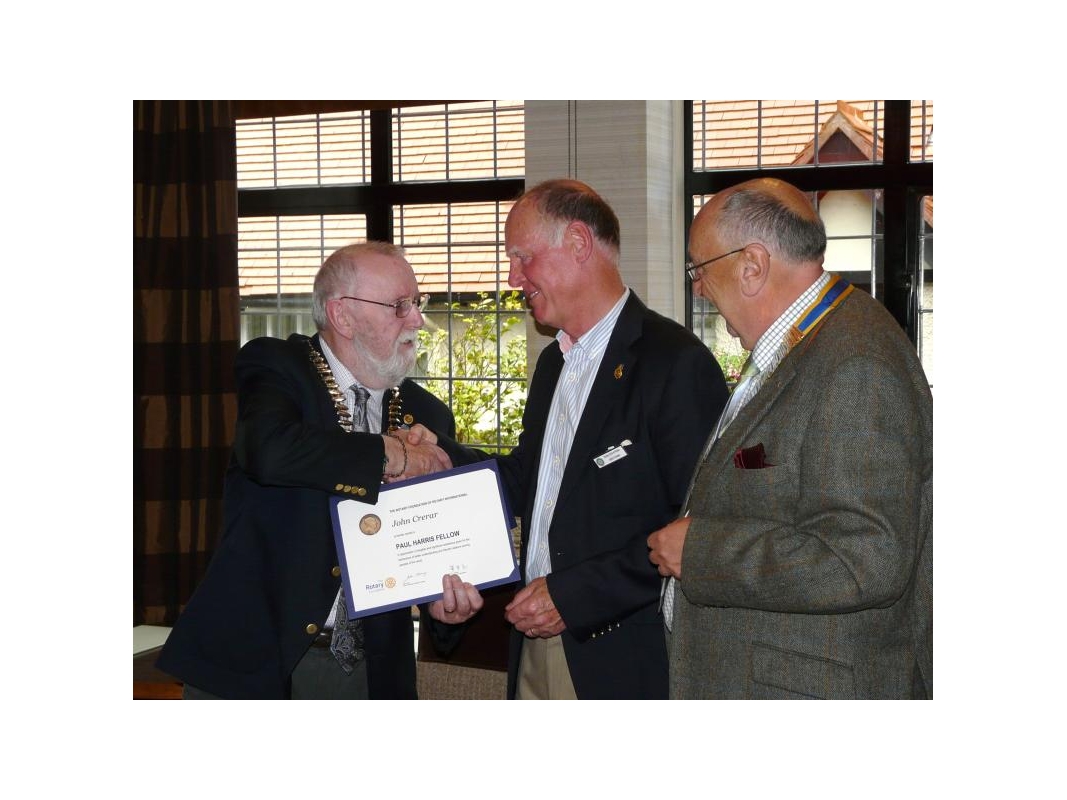 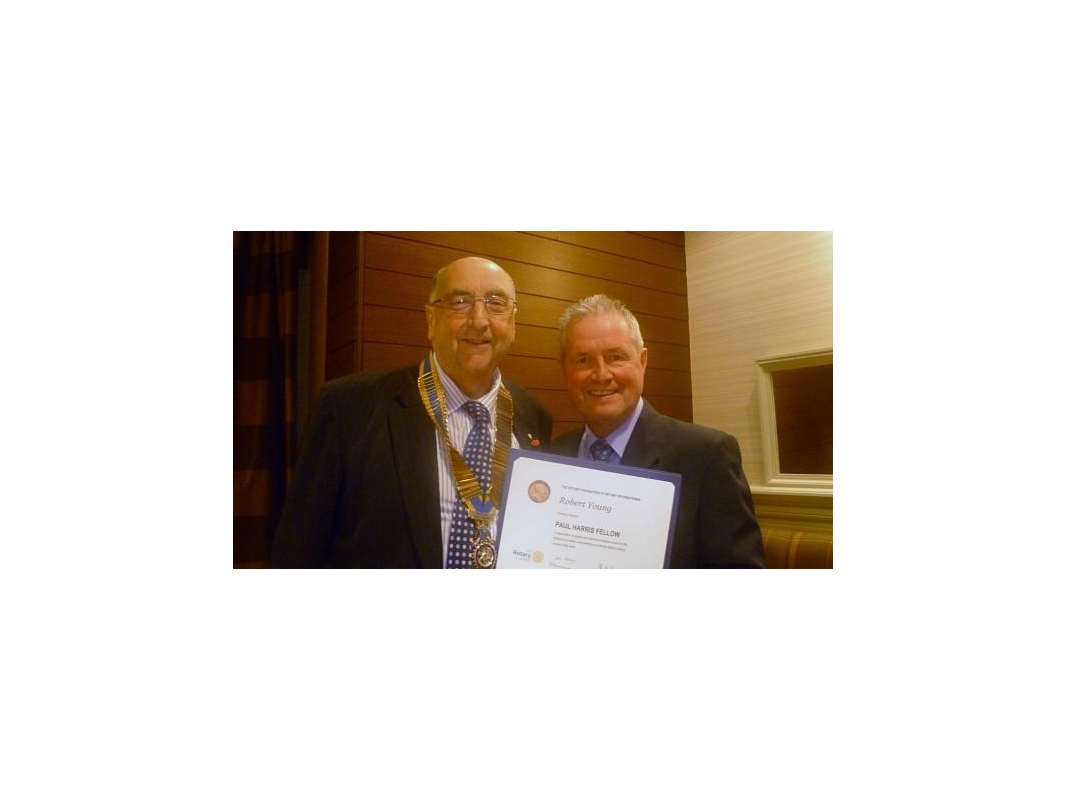 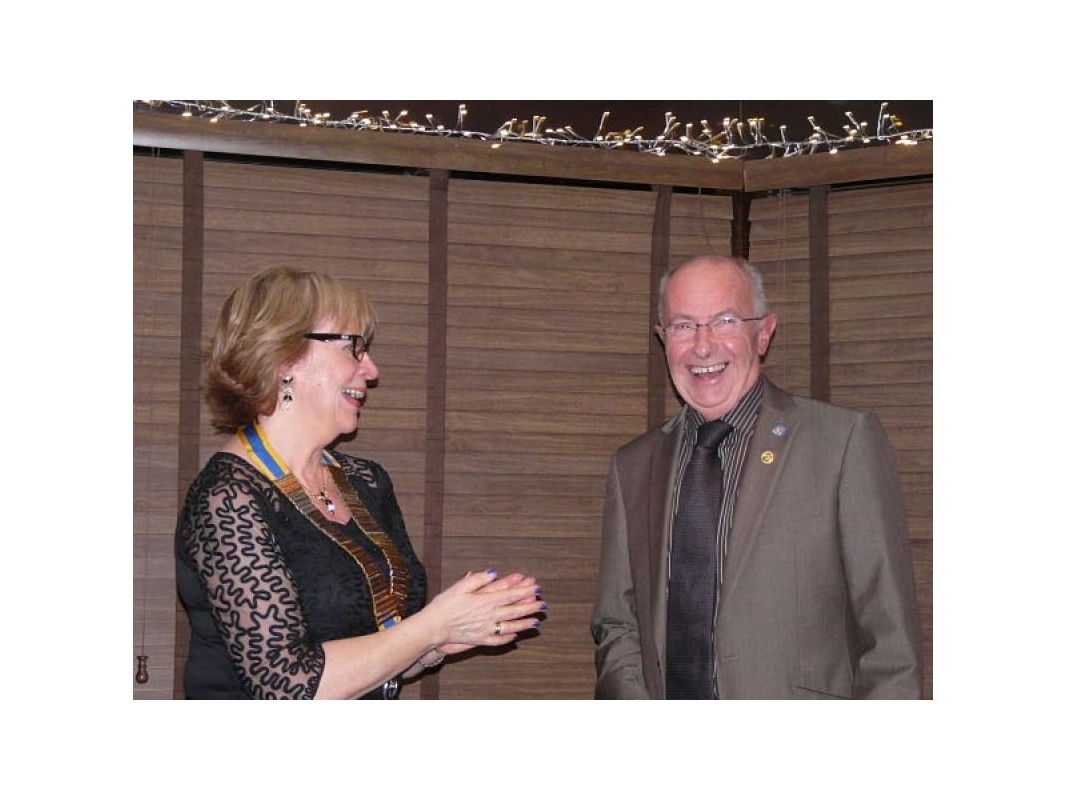 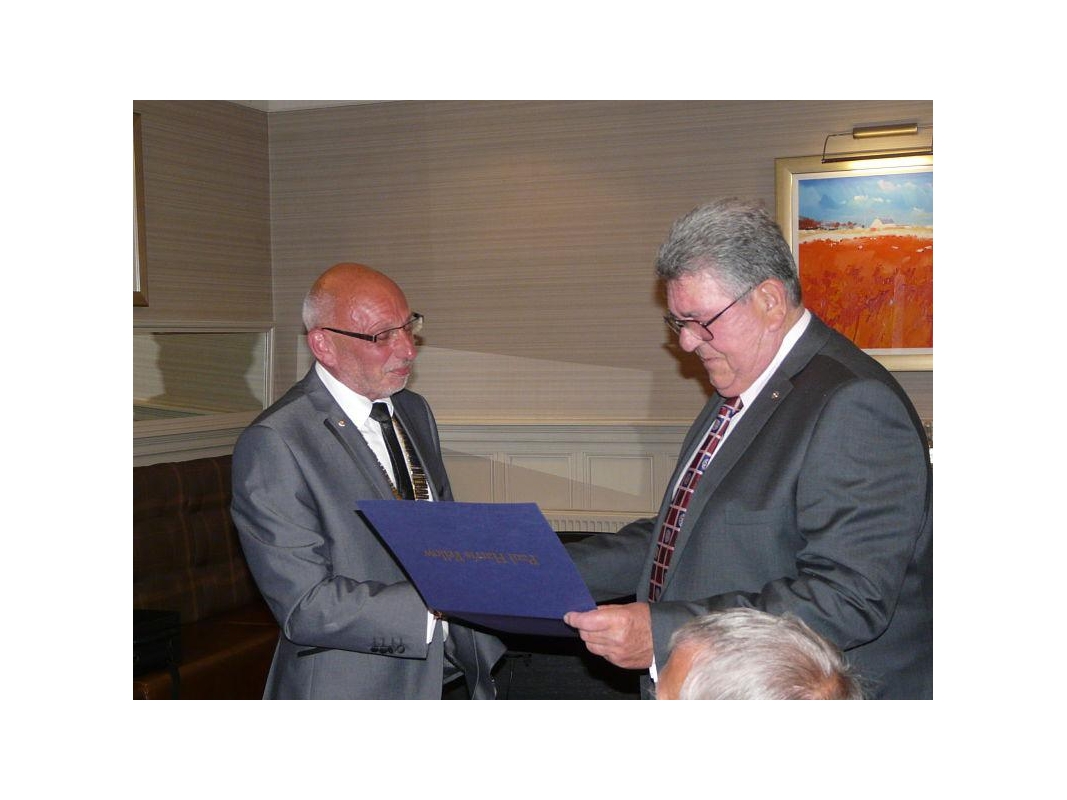 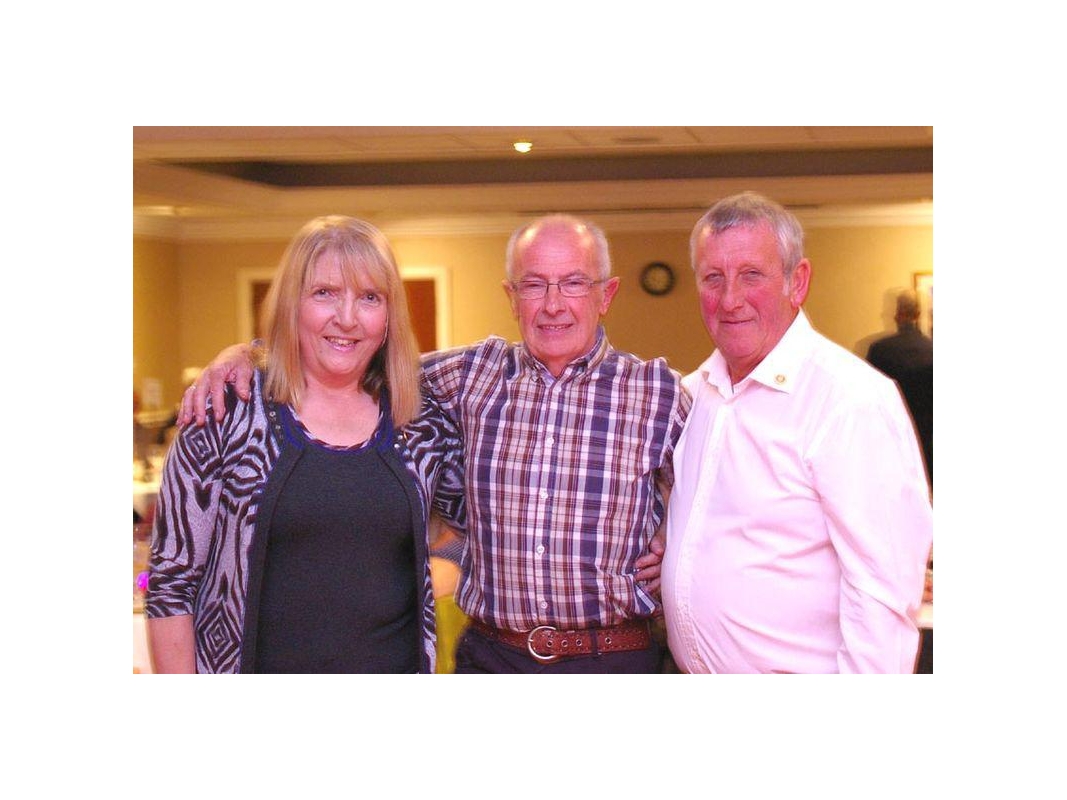 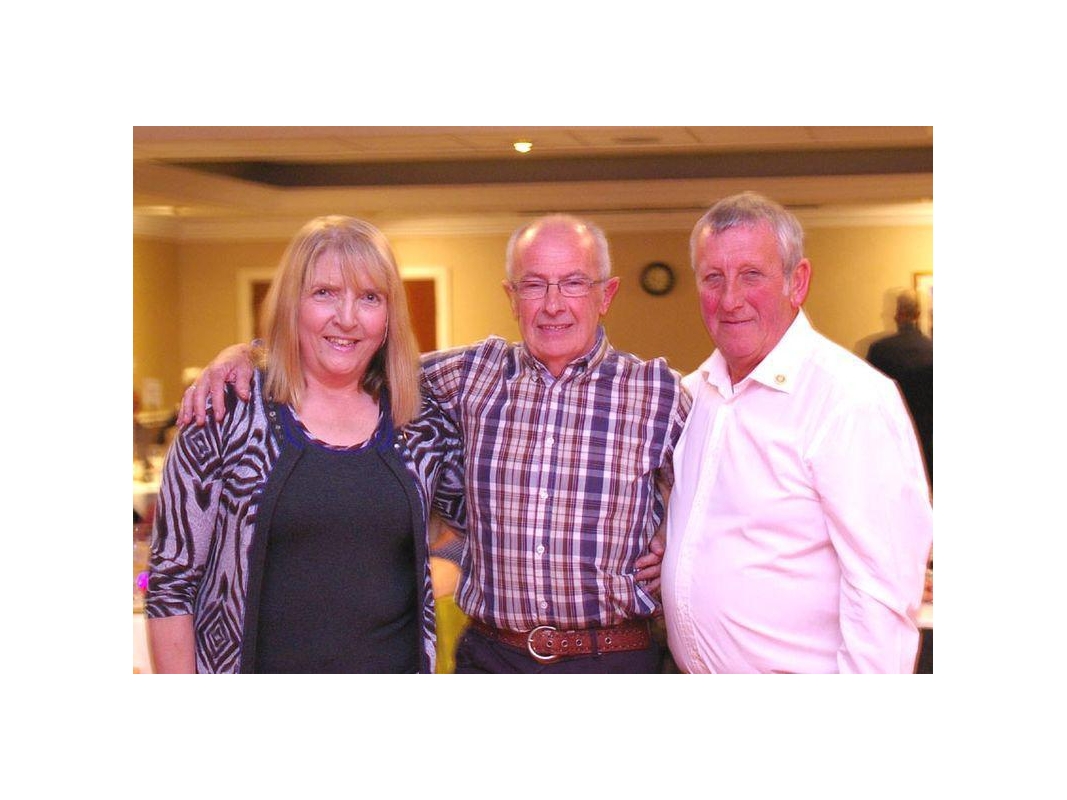 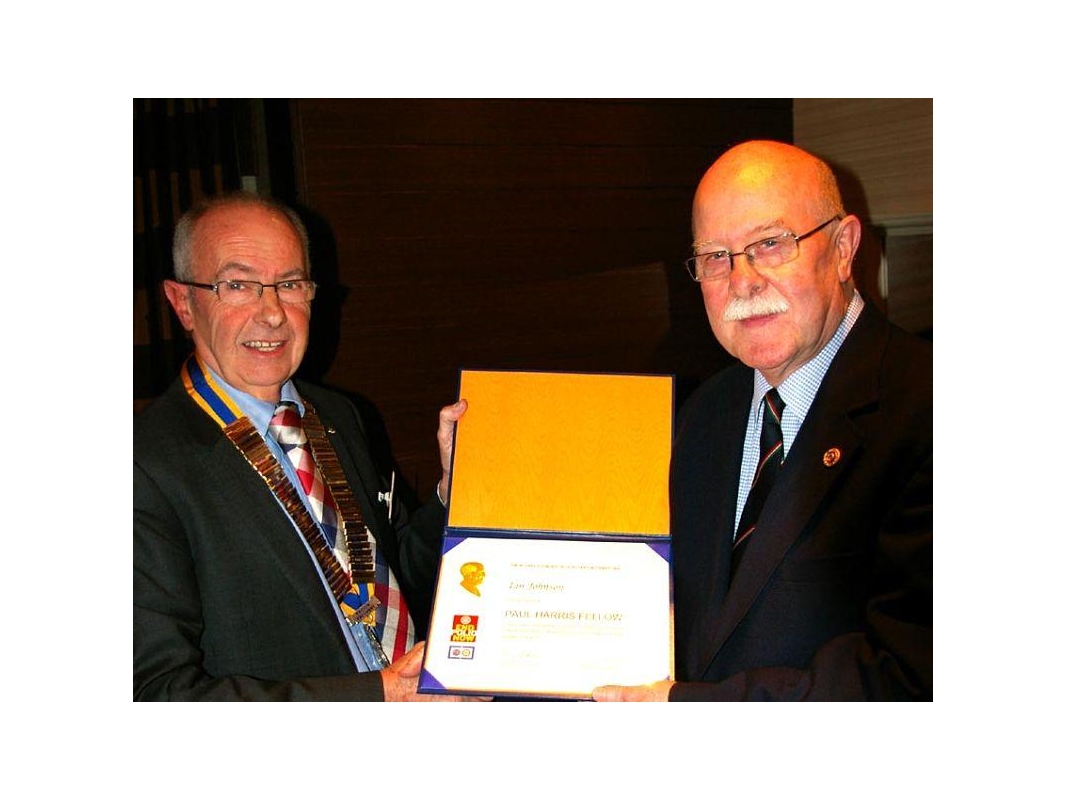 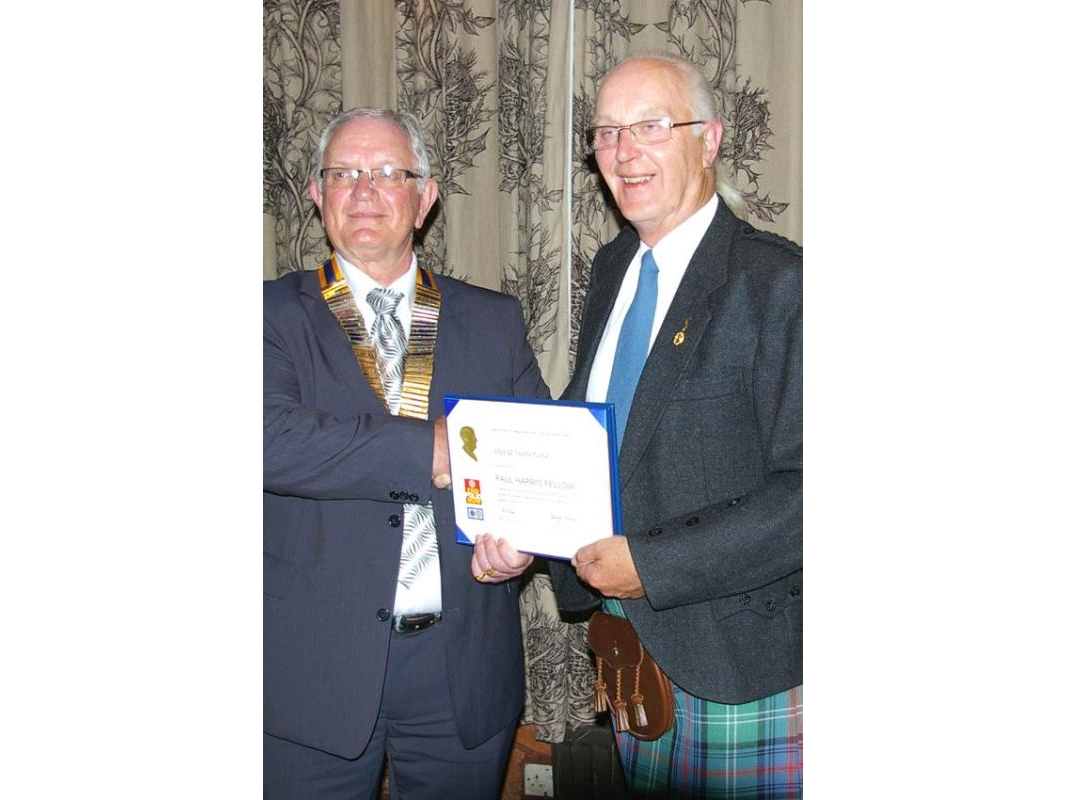 Who was Paul Harris and how was he involved with Rotary?

The world's first service club, the Rotary Club of Chicago, was formed on February 23rd 1905 by Paul P. Harris, an attorney who wished to capture in a professional club the same friendly spirit he had felt in the small towns of his youth.

In 1917, RI President Arch C. Klumph proposed that an endowment be set up "for the purpose of doing good in the world." In 1928, when the endowment fund had grown to more than US$5,000, it was renamed The Rotary Foundation, and it became a distinct entity within Rotary International.

The Paul Harris Fellows programme was established in 1957 to express the Foundation's appreciation for contributions to what was then its only programme - International Scholarships.

Paul Harris Fellows are awarded to people for their humanitarian contributions which help to improve the lives of others in communities both at home and abroad. A company or organisation can also be recognised with a Paul Harris Fellow.

In 1964/5 an exceptional project known as the Craft Apprenticeship Award Scheme was organised by the Rotary Club of Troon. Applications were invited from persons entering their 5th year of their apprenticeship in 1964, for a short study tour to the Continent or any suitable area in Great Britain.

In recognition of the organisation of this outstanding scheme, the Club was granted the Paul P. Harris award, one of three such awards in the Rotary World at that time, the other two being in Japan and America.

The Paul P. Harris Award was presented to R.I.R. Bill Lantham of Ayr at the Rotary Conference in Denver, Colorado who subsequently handed it over to the Troon Club in 1966.

Mike Schirwing takes over as President

Mike Schirwing is the new President for 2022/23 our 70th Charter Year.

Janet Kleboe, a retired Architect, former Lecturer and renowned Ayrshire Artist gave the members of the Club an interesting, entertaining and visually colourful talk on Architecture in Art. This was enhanced by the display of some of her fantastic prints

A Taste of Burns

Members, guests and visitors from other Rotary Clubs came together to enjoy a 'Taste of Burns' at the Piersland Hotel on 17th January 2023 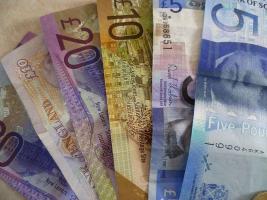 Each month the club donates 200 pounds to an applicant from TROON, LOANS or DUNDONALD. We raise funds and allocate money to be paid out at 200 pounds a month.

Rotary is still working to rid the world of Polio

Welcome to Rotary in Troon, Ayrshire

Our aim is to enjoy friendship, networking and to plan projects that will benefit the lives of others.

Stuart Kane is the new President of Troon Rotary 2021-22 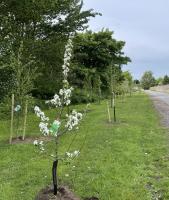 Donations welcome. In memory? In celebration?

President Stuart presented a new trophy to Troon Art Club. The trophy, depicting a crashing wave on a plinth, was sculpted by Richie Cameron. President of Troon Art Club, Clair Dorris, accepted the trophy. She was accompanied by member Bill McKinlay.

Donation of £1574 from Troon Rotary

We have contact with many clubs around the world and we participate in International projects and help young people from Troon travel and experience different ways of living. 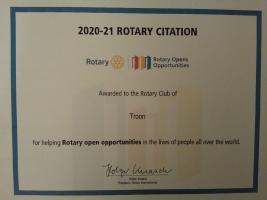 for helping Rotary open opportunities in the lives of people all over the world. 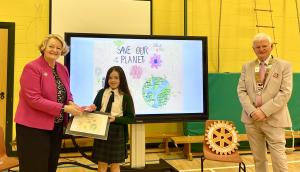 Gracie Melvin's poster is on display at the Airport at COP26.

Cafe 141 are providing Christmas meals for those in need. Troon Rotarians donated the £200 monthly award and will deliver meals on Christmas Eve.

Thank you to all who donated to our toiletries and cosmetics collection this Autumn. These seventy gifts will be donated to Women's Aid in Ayrshire where they will add a little cheer at Christmas. A great community project in Troon.

Funding sent to Kids Out to provide toys to children in a refuge in the Troon area. https://www.kidsout.org.uk/who-we-are/rotary/

President Stuart laid the Rotary wreath at the Remembrance service.

Rotary awarded David for his dedication to church music in Troon and to the Ayrshire Fiddle Orchestra.

Joy was awarded a Paul Harris Fellowship for her commitment to keeping the beaches of Troon clean. 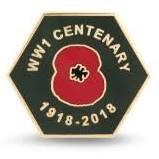 A poem by Kenneth MacLeod, Rotarian in Troon, Ayrshire

This archive has been created to keep events from previous years in one place.