The Origins of Rotary

The history books tell us that Rotary had its beginnings with the first meeting of the Rotary Club of Chicago on a cold winter's night on the 23rd of February 1905, in room 711 of the Unity Building in North Dearborn Street. In reality, informal meetings had been going on for a number of months previously to see if the idea had any merit. The same history books highlight the founder as Paul Harris, with scant mention being given to his companions. Of these, there were four in particular, only three of whom were present on that February night. They were Silvester Schiele, a lawyer, Hiram Shorey, a merchant tailor, and Gus Loehr, a mining engineer who hosted that first meeting.

The actual name Rotary related to the fact that these early meetings rotated round the offices of the participants. The emblem of Rotary had a number of different forms before the now familiar wheel with six spokes and 24 cogs was adopted. Silvester Schiele became the first President of the Rotary Club of Chicago. The fifth person who was not present that evening but who went on to have a major influence in both the Rotary Club of Chicago, and the Rotary movement as a whole, was Harry Ruggles, a printer. Another who became involved later and also went on to play a major part in Rotary International as the Assistant Secretary, was Paul Harris' brother, Cecil. 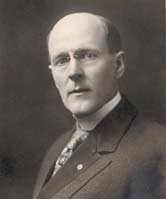 Paul Harris became the driving force in Rotary and was a single minded and committed individual in its promotion, but it was not always the case that he was so clear about the direction of his life. As a young man, he had a real touch of wanderlust, and travelled widely while finding it difficult to settle to the pursuit of a career. However, a number of businessmen saw his potential as a young man and helped him to obtain qualifications and work, one of the reasons why he was so committed to helping young people. The other benefit of his upbringing in America, and his travel there and in other parts of the world, was the exposure he received to the problems of society, which lead to his strong commitment to the humanitarian principles of Rotary.

A defining moment in the life of Paul Harris was his marriage to Jean Thomson from Edinburgh. Jean's father came from Forfar and her mother from Peterhead. All their lives, this led to Paul and Jean retaining a strong interest and connection with Scotland. For example, their house in Chicago was called

Honours for Past President 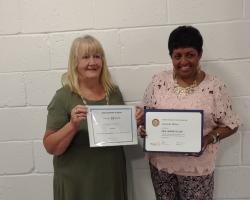 Cowdenbeath Rotary Club is pleased to recognise the excellent leadership provided by Past Pesident Yolanda Hilton over the past 2 years, guiding us successfully through the Covid Pandemic.

Cowdenbeath Rotary in the Community 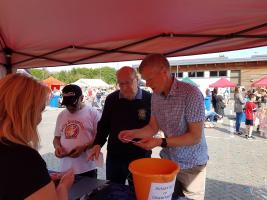 Cowdenbeath Rotary in the Community 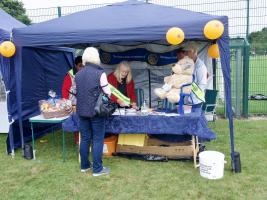 Club Members set up a stall at Bowhill Highland Games on Sunday 12th September 2021 to promote the Club in the Community, and to raise funds for its local and International projects. 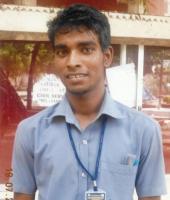 The Rotary Club of Cowdenbeath celebrated its 90 birthday on 18 July 2013, 90 years to the day since it was chartered in 1923. A company of 30 members and their spouses enjoyed lunch in the Halfway House Hotel after longest serving cut a birthday cake.

What Rotary is about.

The Origins of Rotary

What is Rotary International?

Working in our Community