The format is expected to be entertainment by the members 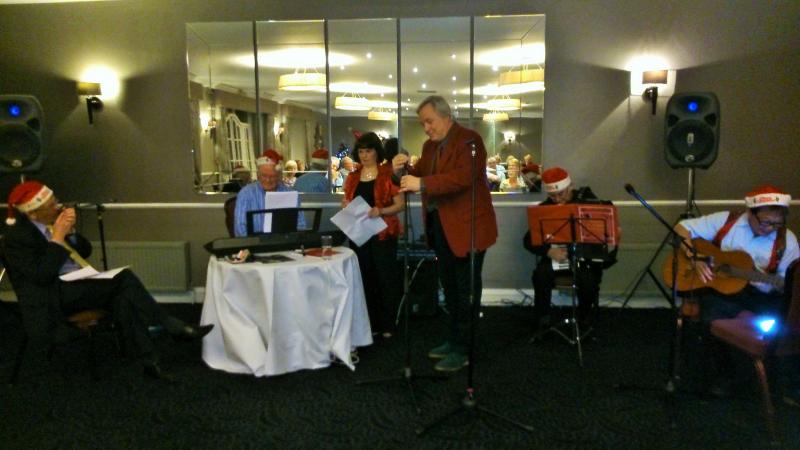 Rotary Follies: starred a newly formed club band, which is open to all members and friends, and provisionally named by Sheila Park with the catchy title “ nae Direction “ !!!

Band master – Robert Haig (Keyboard) has again performed a remarkable job of assembling and focussing the latent club talent over the past two weeks. (Although some may have noticed Alec Evan-Wong un focussed jet lagged playing an entire song in wrong key !?). Vocals – Margaret Farquharson and Greig Hill, Harmonica – Robin Park, Accordion – Ewan Archibald, Guitar – Alex Evan –Wong and Sound Engineer - Fraser Greenwood. .......... is there scope for “enhancing” many club events (e.g. Burns supper, Charter dinner, BBQ?).… The enthusiastic and vocal audience certainly waved their napkins wildly in the air!!  .... but perhaps they were bidding farewell to each other at half term end of a productive year which we shall strive to make transformational for our club. The accompanying refrain was “We`ll meet again “(Vera Lynn) ...... i.e. next year. The finale mass performance of “Auld Land Syne” with linked hands symbolised our great club spirit working together in friendship.