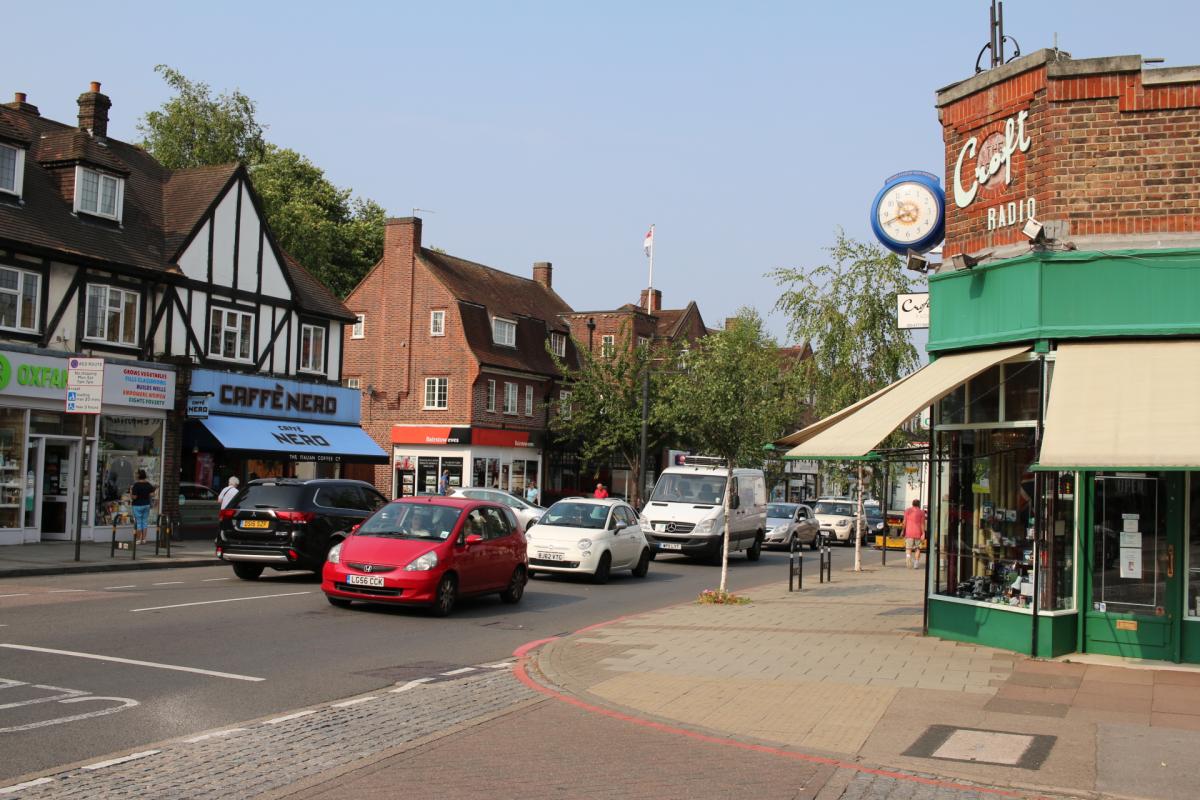 At the first chime of 11.00am on the 11th June 2010 the Rotary clock, dedicated to the late Doctor Claude Rohan, was unveiled in West Wickham High Street when the Union Flag and French Tricolour covering it were removed.

As the dedication plate records.the clock, paid for by residents, local traders and the Rotary club, states he was a member for 53 years. In the 1950's he established a connection with the Rotaty Club of Sedan in the Ardennes region of France, a fellowship that has been enjoyed since that time. The unveiling ceremony, attended by members of the Sedan and West Wickham Rotary Clubs formed part of the weekend of entertainment hosted by the West Wickham club.

Twin clubs, or sister clubs, are two clubs from different countries that form a long-term relationship to promote international understanding and goodwill and carry out service projects in their communities. The clock is a reminder of our long standing relationship with the Sedan Club as well as a clock local residents can use and remind them of Rotary.