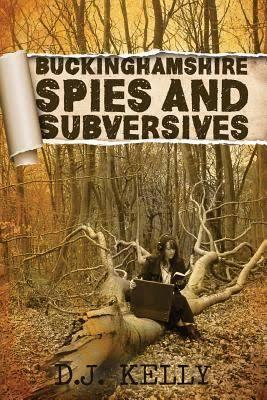 2016 marks the centenary of the creation of MI5 and MI6 – the agencies responsible for identifying and tackling threats to the security of the UK and her overseas interests and for collecting foreign intelligence. Born of a marriage between Naval Intelligence and the old Secret Service Bureau, these organisations work largely unseen to safeguard the liberty enjoyed by Britain’s inhabitants.

2016 also sees the 70th anniversary of the formation of Britain’s third intelligence agency, GCHQ, which in 1946 developed from the wartime Government Code and Cipher School, then based at Bletchley Park in Buckinghamshire. These agencies’ constant vigilance and proactive response to all threats against our national security are probably taken for granted here in peaceful Buckinghamshire.

Buckinghamshire is a mostly rural county comprising wooded, flinty hills and verdant vales, chalky streams and pretty villages. Its towns are small and few and engage in only light industry. Traditionally, the county was famed for its beech woods and bodgers, beer-making, lace-making and watercress cultivation. This is not a landscape in which one might expect to encounter subversives and spies. It is surprising then to consider that the tranquillity and pastoral beauty of the county conceals a history of subversion and counter-subversion stretching back at least 600 years.

People of this county have not merely observed but have actively engaged in the many religious and agrarian uprisings from the fourteenth through to the eighteenth centuries. Many locals were spied upon, informed upon, imprisoned, tortured and executed for their faith or for their rights, some even being burned at the stake. Non Conformists, such as Quakers and Baptists, and protesters including Levellers and Diggers chose to establish their communities here and the county witnessed their persecution. Buckinghamshire people were also deeply involved in Guy Fawkes’ Gunpowder Plot, in the Swing Riots and in the execution of a King.

The Women’s Suffrage Movement too had a great many activists and supporters in the county. The first radicals ever to be subjected to covert photographic surveillance, they were imprisoned and suffered physical abuse at the hands of their Aylesbury gaolers. Local women and men of all classes joined in the struggle for suffrage and some of the more famous Suffragists sought refuge and recuperation here in Buckinghamshire. World War One saw a dozen women spies apprehended and incarcerated in Aylesbury Gaol, whilst a famous writer and his wife, suspected of assisting the enemy, were deported from the south coast to rural Buckinghamshire.

Men from this county would be despatched to spy on German rearmament and to deal, overtly and covertly, with the threat posed by Irish nationalism. Ultimately, the treaty which granted Ireland her independence would be signed here in the county. Then, when fascism began to take hold in Europe, a number of prominent Buckinghamshire residents began manipulating the government into appeasing Hitler. Some were members of shady under-cover groups who welcomed a German invasion; others paraded in the streets leading Britain’s own fascist Blackshirts – until Churchill ordered they be rounded up and interned. Even a leading Nazi, a social misfit who would ultimately be executed for unspeakable crimes against humanity, chose to make his home in Buckinghamshire in the 1930s.

World War Two saw the establishment of numerous propaganda, code-breaking, surveillance and monitoring stations around the county – the most famous of these being Bletchley Park. Meetings with their principal policy advisor regularly brought Churchill, Eisenhower and De Gaulle to Buckinghamshire. That same advisor and numerous other individuals living in the county were included in Hitler’s infamous Hit List.

Aerial reconnaissance and map making establishments were located here, as was Allied Bomber Command. SOE stations trained their operatives here and despatched them from Buckinghamshire airfields into occupied Europe – many of them never to return.

European monarchs sought asylum here and their governments in exile established wartime headquarters here. It was from here that they set out to free their homelands, firstly from the fascists and later from the communists.

The Cold War period brought the threat of nuclear war and saw the county, and indeed the entire western world, rocked by an ‘Atomic Spy’ scandal. Spectacular ‘sex and spies’ revelations would link one of the counties’ stately homes and its titled owner with a disgraced cabinet minister, a Soviet Military Attaché, a pimp and his prostitutes. These sordid events would profoundly affect Anglo-American relations and would impact adversely upon transatlantic co-operation in both the space race and the development of nuclear weapons.

Buckinghamshire also holds the distinction of having educated the first head of America’s CIA and also a major Arab despot whom the CIA and NATO would later conspire to destroy. Unsurprisingly, perhaps, several heads of Britain’s intelligence agencies have chosen our county as a place of peaceful retirement. Now, in the 21st Century, the vigilance of our security and intelligence services is as active as ever it was, as our nation in general and our county in particular face the new threat from the radicalised ideological terrorists as well as the menaces of the old enemies who still lurk in the shadows. 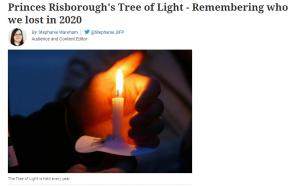 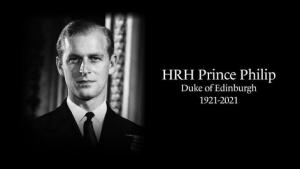 Information on Our Club and Rotary