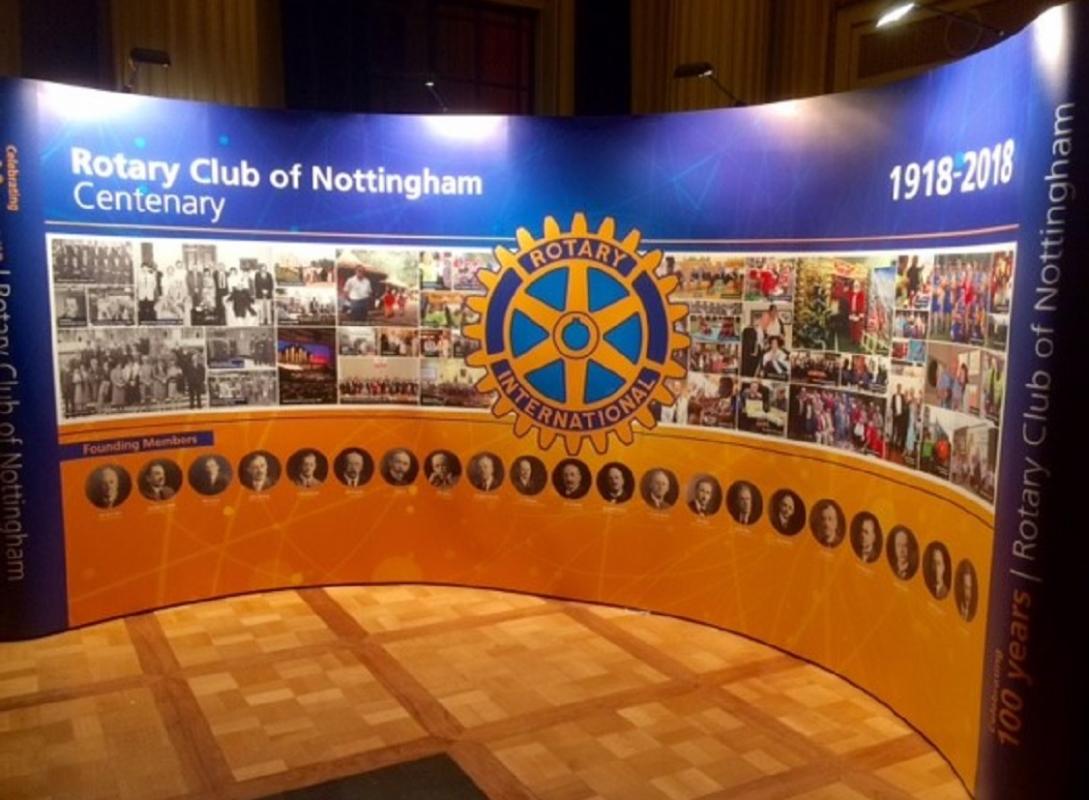 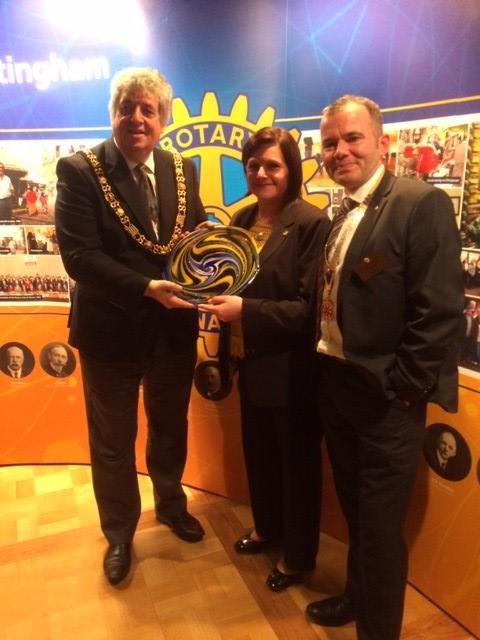 The 20-foot long display depicted event highlights over the century and another showed the Nottingham Rotary family tree. This included the many daughter, grand-daughter and great grand-daughter clubs that Nottingham have started across the region. And representatives from many of the clubs started by Nottingham were present to join in their celebrations.

Making the banners was very much a family affair too as Tony Barnett, Managing Director of John E Wright specialist printers who produced the banners is a member of Nottingham Rotary Club as was his father John Barnett before him.

Councillor Michael Edwards, a keen student of Nottingham history told the guests that he was surprised to learn how much Rotary clubs had contributed to the community locally and congratulated them on delivering on their motto Service Above Self. During the evening he also learned that the first meeting of the club was hosted by the then Mayor and Sheriff.

Some examples of the many local good causes that Nottingham Rotary Club support are:


Nottingham Rotary club is part of a world-wide service organisation with 9 clubs across Nottingham. Its aim is to combine an active social life, friendship and business networking with service to the community at home and abroad.

It is open to men and women of all ages and backgrounds to join us as volunteers, members or both. You can use your time, talents, professional skills and energy to improve the lives of people in our local communities and around the world. More information at www.rotaryclubofnottingham.org