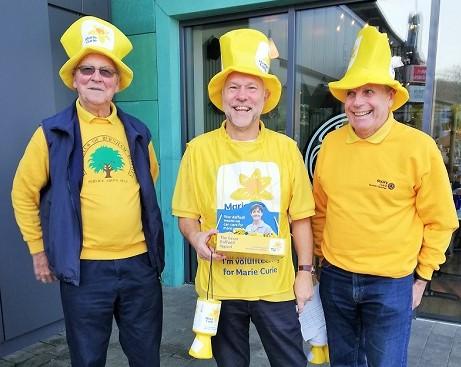 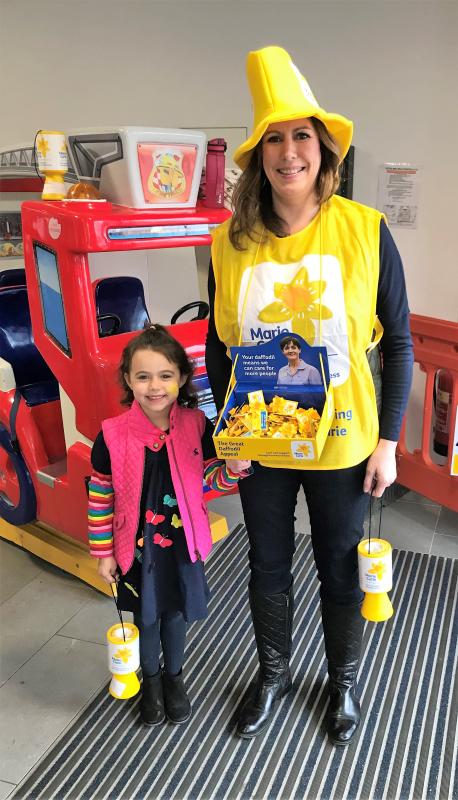 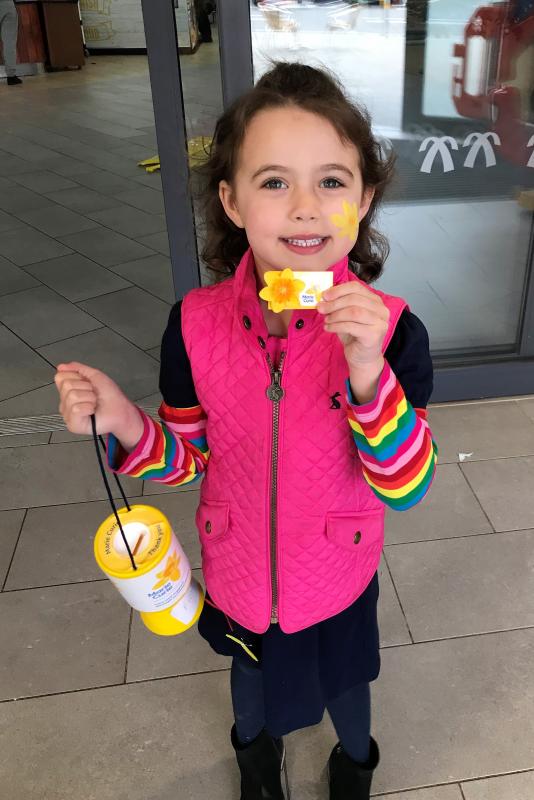 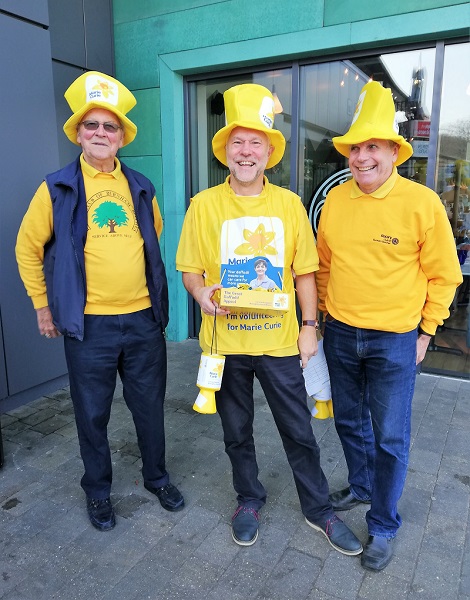 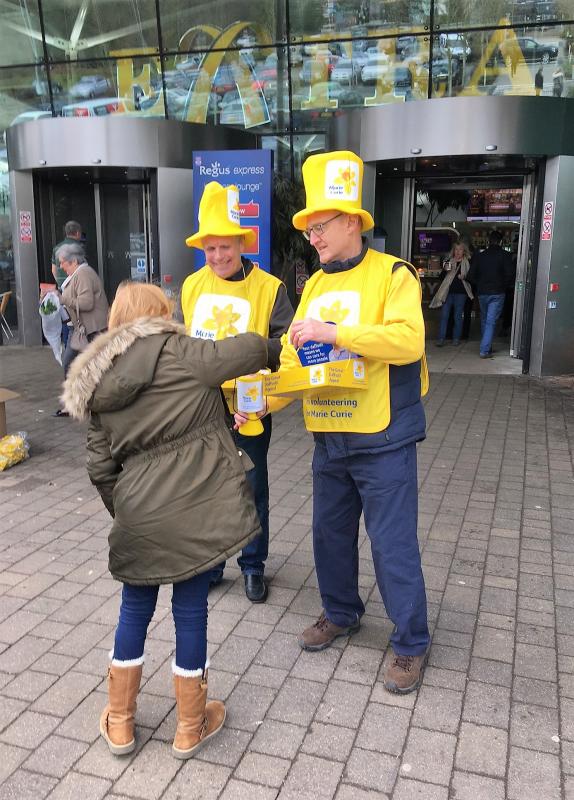 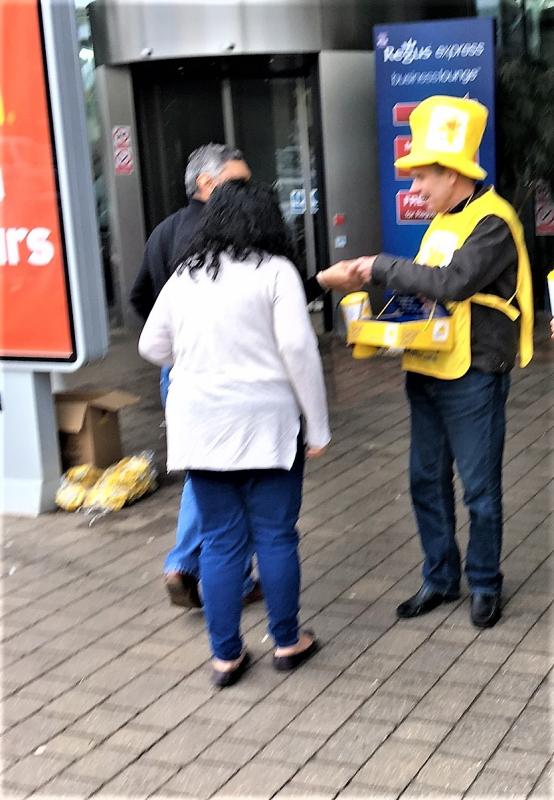 Daffodils spotted collecting at Beaconsfield Motorway Service Area over the weekend of 10th/11th March. Great response from the public and many took the opportunity to add an extra daffodil to their Mother's Day present!

Members of RCBB regular support Marie Curie by collecting at local venues including Heathrow terminals, supermarkets and other venues. This year we took the opportunity to collect at the Beaconsfield MSA over two days during the weekend that coincided with Mother's Day. 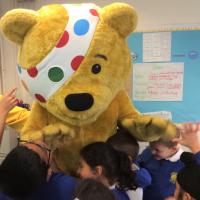 more Every year we accompany Pudsey Bear around local schools to help raise money for the charity Children in Need. In 2023 we'll be visiting local schools during the week of 14th - 17th November with Pudsey merchandise and of course with Pudsey!

more Glynne & Keith Greenough are taking part in the Brighton Marathon on 10th April and are raising funds for South Bucks Riding for the Disabled and towards the Club’s contribution to the Ukraine Crisis Appeal.

more If you wish to help us with our fundraising you can do so by making a donation online to our account with CAFDonate.

An Evening with Richard Digance 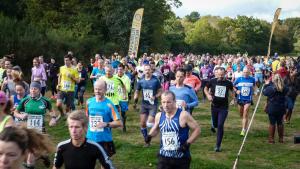 more Each year we organise the Beeches Run - 5K and 10K - to raise funds for local charities. The 2020 Run will be held on Saturday 7th November and we would welcome volunteers to help with marshalling etc. email: contact@rcbb.co.uk www.burnhambeechesrun.co.

more The Burnham Donkey Derby is the main RCBB fund-raising event of the year. It has been run for over 25 years and is one of the main family attractions in the local area. The photos show the 2017 event. 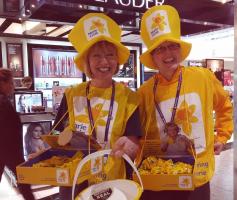 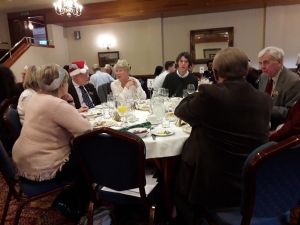 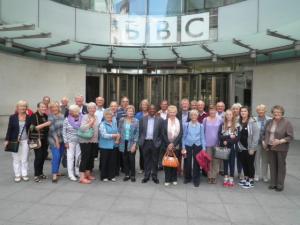 back Details of some of the events organised by Club members.