The Rotary Club of Falkirk has joined forces with the Cyrenians to reinstate the Dollar Park Floral Clock at its historic site just inside the Park entrance.

It has been brought to my notice that the way in which I have worded these articles gives some the understanding that the Rotary Club of Falkirk was responsible for the success of the £5,000 grant from the Barr Trust. This is not the case. The Friends of Dollar Park were reponsible for the application and its resultant success.

Throughout these posts I have used the word "we" to refer to the partnership that was founded to carry this project through and each article should be viewed accordingly.

I am also asked to acknowledge the input of Les Pryde and the people who planted the clock face. Les sourced and collected the plants for the clock and he and his friend John spent many hours in the planting process. They were ably assisted by Ruth and the clients from the Criminal Justice group.

It's official! The Floral Clock has begun ticking again 60 years after it first began in the Dollar park.

All ready for tomorrow! The official launch of the refurbished clock at 11.50am

THE INSTALLATION OF THE WORKS OF THE ORIGINAL FLORAL CLOCK

I stopped in to the Doillar Park today and was treated to a tour of the new Arnotdale. Amazing facility! What is more important is the fact that the pit for the installation of the clock has been excavated and the site is marked. Watch this space!

The end is in sight!

Midland Electrical Winding & Contracting, Scotland Ltd. have gone the extra mile and rescued the old Clock from West Bank, taken it to their workshop in Grangemouth and totally rewound and refurbished the movement. The hands of the old Floral Clock could not be unearthed so we have had talks with E&R Moffatt in Bonnybridge who have kindly offered to provide bespoke new hands for the Clock. The next step is to have the Clock re-installed in its historical position at the gate of the Dollar Park.

The planting regime for the 2019 season is in the process of being designed and will include the logos of Rotary and The Friends of The Dollar Park.

The initiative to replace the Dollar Park Floral Clock was today given a much needed boost. Rotary International District 1020 has approved the application for Grant Funding and has sent to Treasurer Linda a cheque for £2,027.00. This will go a long way to having the Clock installed and working in time for next year's planting in June.

The walk was completed successfully but over four rather than three days. Considering that the combined age of the intrepid trio was 210 I think that's quite acceptable. So far the justgiving page has accumulated more than £1200.00 Many thanks to all who contributed in any way.

We have now set up a Justgiving page for the sponsored walk al;ong the canal: -

President Jim Cairns, Treasurer Linda Noble and Secretary Sandy McGill will walk the 35 mile length of the Forth and Clyde Canal in three stages on the 2nd 3rd and 4th of September walking 12 miles on each day. it is hoped to accumulate sponsorship for the Floral Clock reinstatement.

The project to reinstate the Floral Clock in the Dollar Park proceeds apace!
While we don’t yet have the wherewithal to install the workings of a proper working clock, the face and surrounding adornments have been planted out for this year to celebrate 50 years of the Cyrenians.
We have been successful in obtaining a £5,000 grant from the Barr’s Trust and an application has been lodged with District 1020 for a District Grant of £4,000. It is unlikely that we will receive all of that but we anticipate some significant contribution from that source.

Thanks to David Wheeler and Richard Johnston a proposal has been formulated to involve local businesses as sponsors being promised their names on a roll of honour adjacent to the Clock. David Wheeler and Gillian Niven will be instrumental in presenting this to the Local Business Community.

Meanwhile collections continue to be made whenever possible, the latest of which was at the walled Garden open day.

Plans are well ahead for the reinstatement of the Dollar Park Floral Clock. Planting of the dial and hands for the first season will be begun shortly (June 2018) and efforts to raise funds for the works for the Clock will continue in the hope that the mechanics will be installed in time for planting next year.

The electrical supply for the clock power is installed and ready to be connected. The very specialised plants have been sourced from the Edionburgh Floral Clock suppliers. Klondyke Garden Centre have promised a donation of planting for the areas surrounding the Clock face.

It is now hoped to get the Falkirk Business Community on board with a sponsorship regime that will have the sponsors' names honoured in a display next to the Clock. 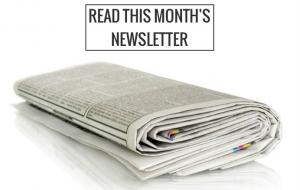 The Rotary Club of Falkirk has joined forces with the Cyrenians to reinstate the Dollar Park Floral Clock at its historic site just inside the Park entrance.

Note of the decisions made regarding Corona Virus 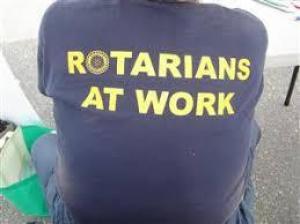 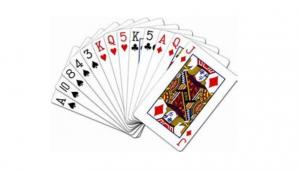 Les Mason brought Andy and Melissa, their hosts from Ohio to the Seagull Trust. 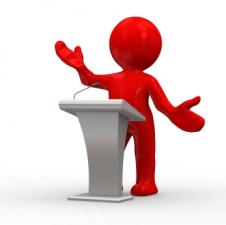 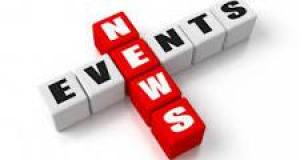