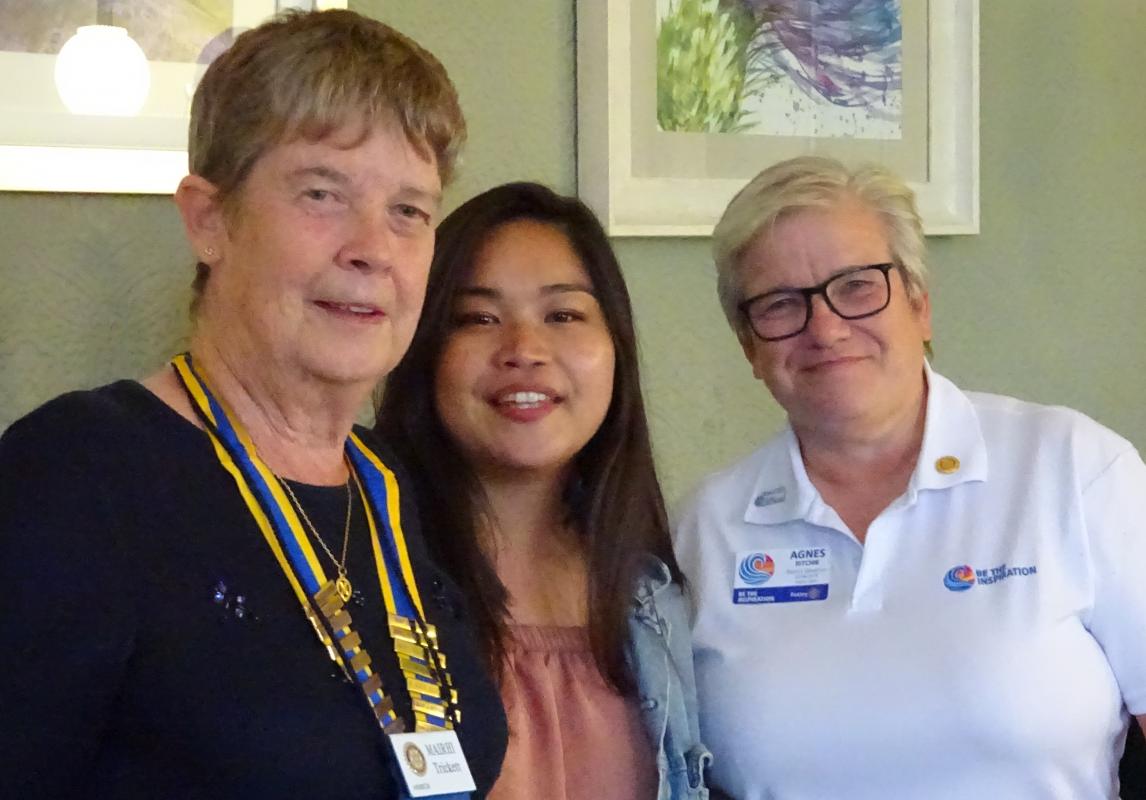 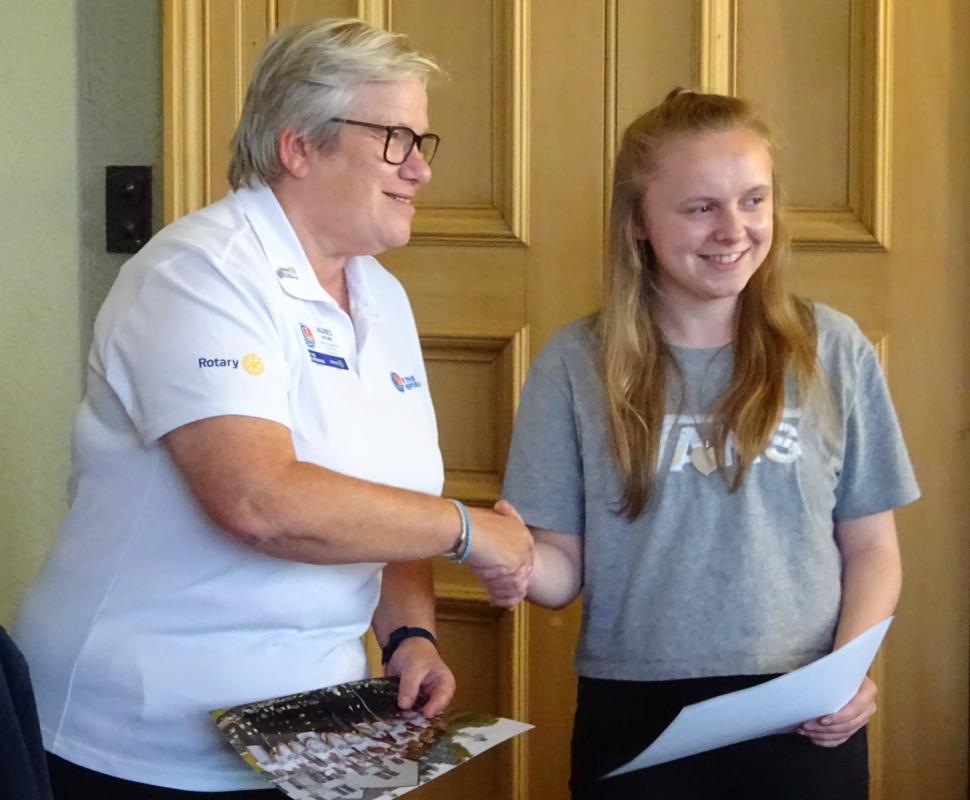 Several important visitors were welcomed to last week's meeting of the Rotary Club by President Mairhi Trickett.
District Governor Agnes Ritchie, a member of Bathgate Rotary Club, who was accompanied by fellow club member Jill Cockerell, had the pleasant task of presenting RYLA student Amelia Kench, whose mother Marianne was also present, with her certificate for attending this year's RYLA camp.
Also present was Anna Gabriela Casalme from Los Angeles who was hosted by the Hawick club on her Global Grant Scholarship year at Edinburgh University where she will graduate shortly having submitted an 80 page dissertation on her chosen subject  "childhood studies in health."  During her studies she had visited Kenya for a month's study and also Rwanda.  She had also used her time to see as much of Scotland as she could and had a particular liking for ceilidhs! - which was entirely new to her and she only had happy memories of the country and its peoples, so much in fact, that she has arranged an extra year's study.
District Governor Agnes gave an inspiring address and complimented the club on their achievements and wished them every success in the coming year and follow this year's motto "be the inspiration" which encouraged ordinary people to do extraordinary things in so many diverse ways.