Social Committee/ Darts against the Past Rotarians

This annual needle match took place at the Bull public house on Monday 23rd January. A large turnout of both Clubs virtually took over the pub and we struggled to get all the games in the time available, this was compounded by a number of players failing to hit the board with any of their darts. We were playing 501 in teams of three with a double to finish but umpire Frank Field was forced to intervene in a number of games who were struggling with their doubles and insisted that they settle the game with one dart nearest the bull, the pub did not count but it was as near as some players got! Time was called at 8.00 and the tournament finished in the best possible way with a draw. Both clubs then sat down to an excellent meal and considerable debate over tactics and who should have won. A challenge was issued by the Past Rotarians to take them on at bowls however it was felt that they may win so the decision was deferred to a later time. The fellowship and fun was fantastic and a tribute to John Raeburn of the Sports and Entertainment Committee who organised the evening. 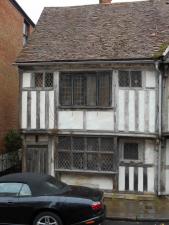 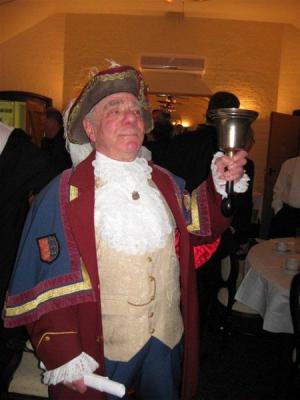 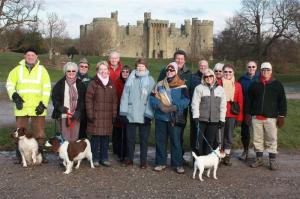 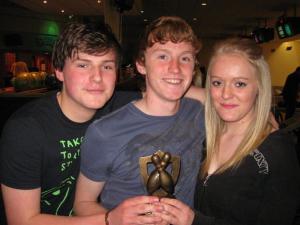 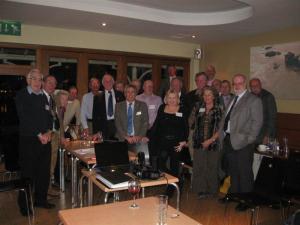 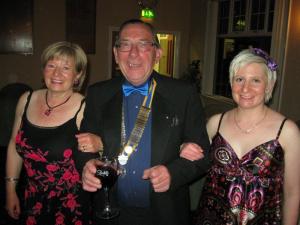 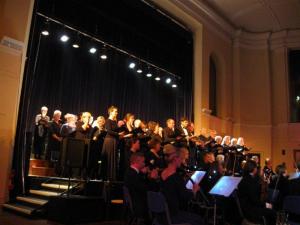