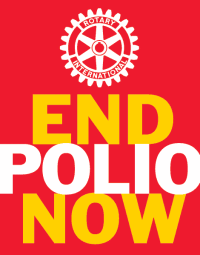 Altrincham Rotary continues to help eradicate Polio across the world.

Altrincham Rotary has played a role in the significant global public health achievement to eradicate polio. Only Pakistan and Afghanistan remain to be declared polio-free.

This incredible milestone is the result of decades of effort from Rotary clubs and volunteers around the world, who have fundraised, campaigned, and worked tirelessly since Rotary pledged to rid the world of polio more than 35 years ago.

Rotary remains committed to helping take the final, challenging steps towards making a polio free world a reality. “If we don’t finish the job, it is estimated that, within 10 years, as many as 200,000 children annually all over the world could succumb to polio, including here in the UK. The virus can literally be only a plane ride away, so vaccination is very important.”

Rotary has directly contributed more than US$2 billion to ending polio since 1985.

On behalf of the millions of children who remain vulnerable to polio and therefore, potentially, a lifetime of misery - thank you.

To get involved in Rotary and make a difference in your community and around the world, visit www.rotarygbi.org/join

The Probus Club of Altrincham normally meets on alternate Friday mornings at 10.30 am at Bowdon Parish Centre, Bowdon, Altrincham. 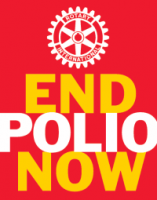