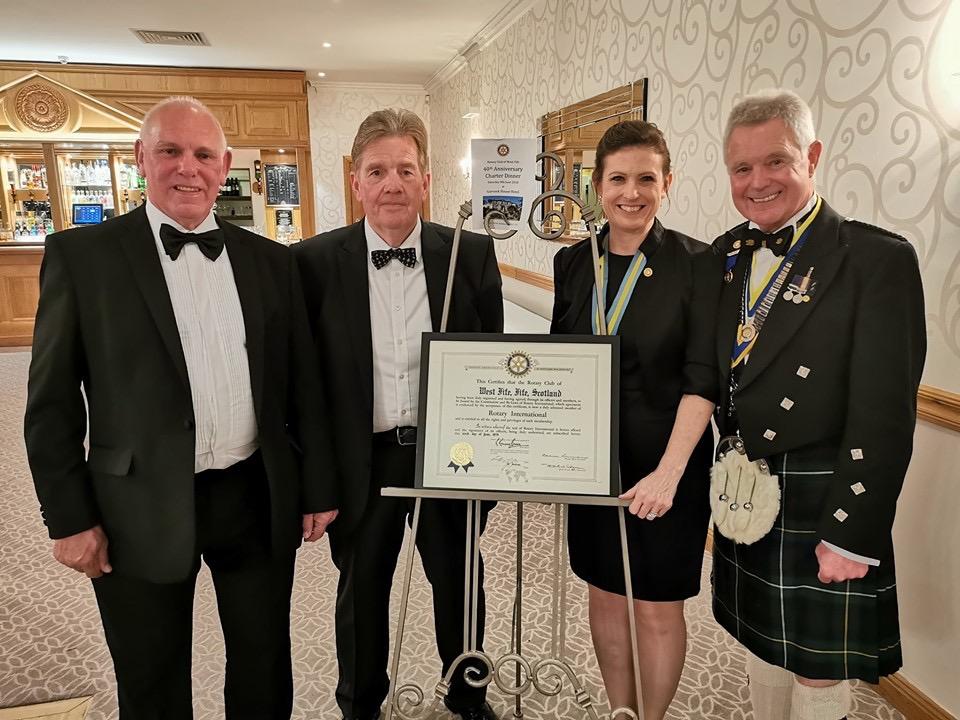 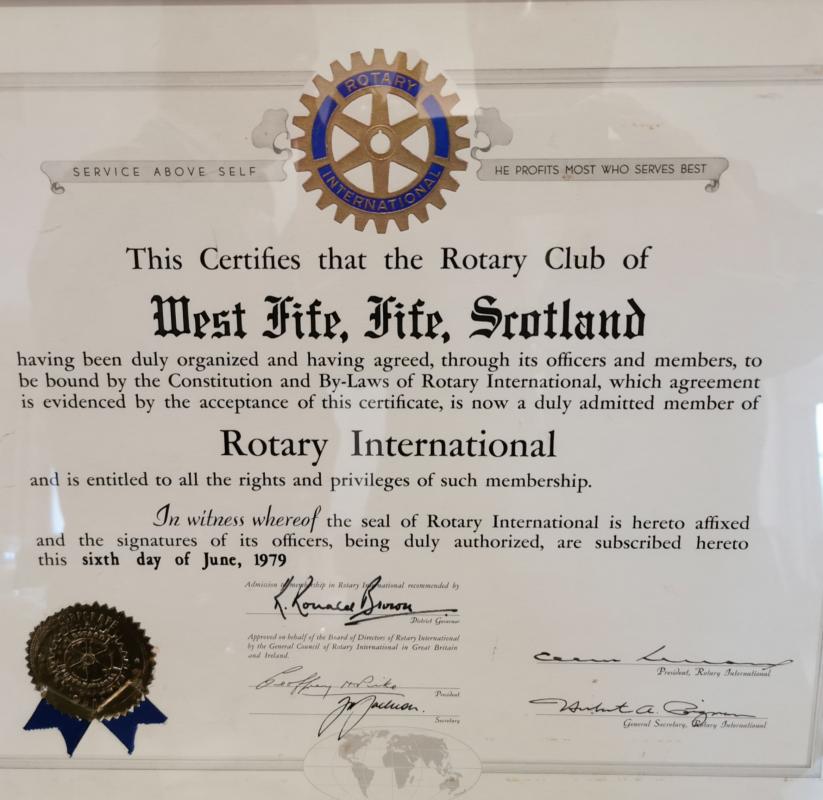 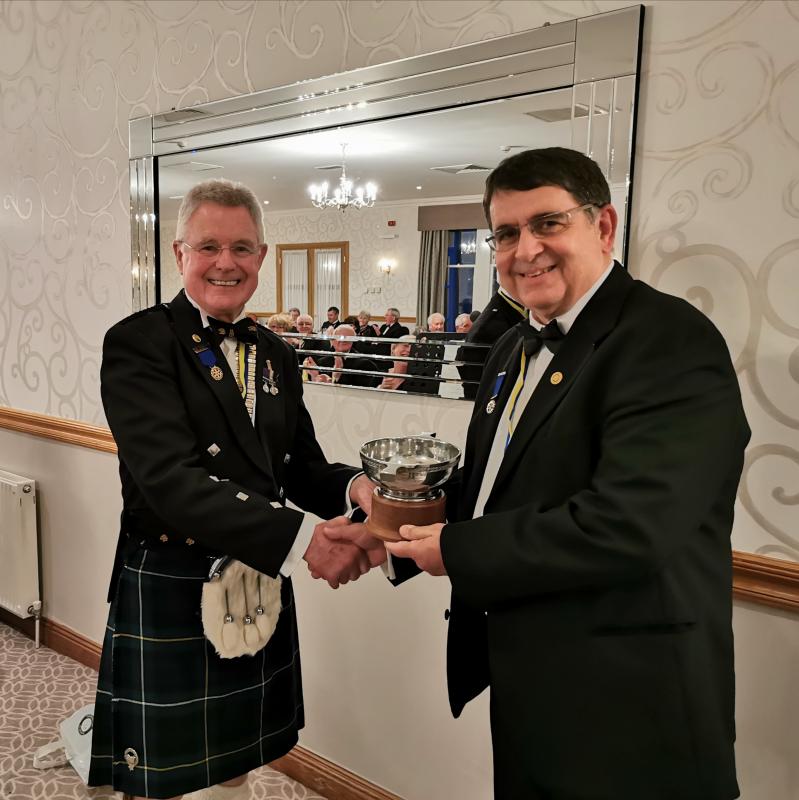 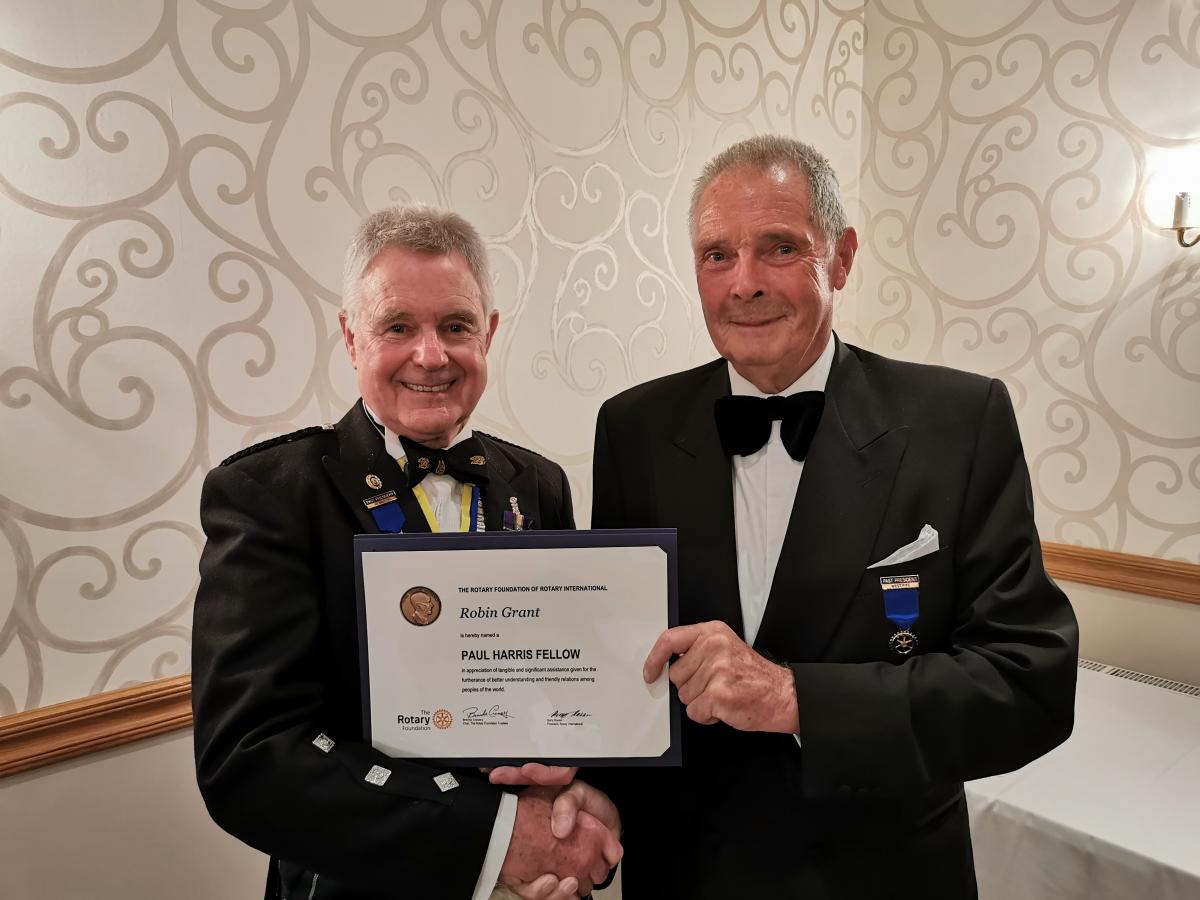 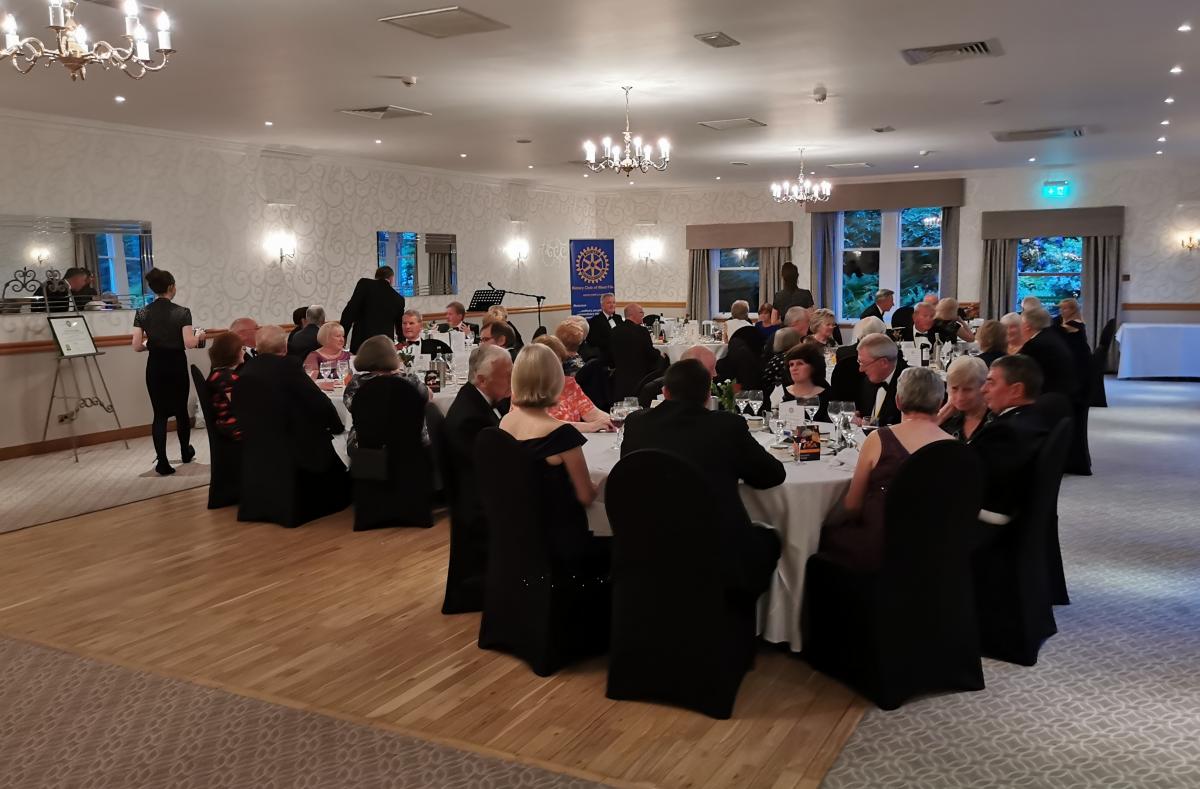 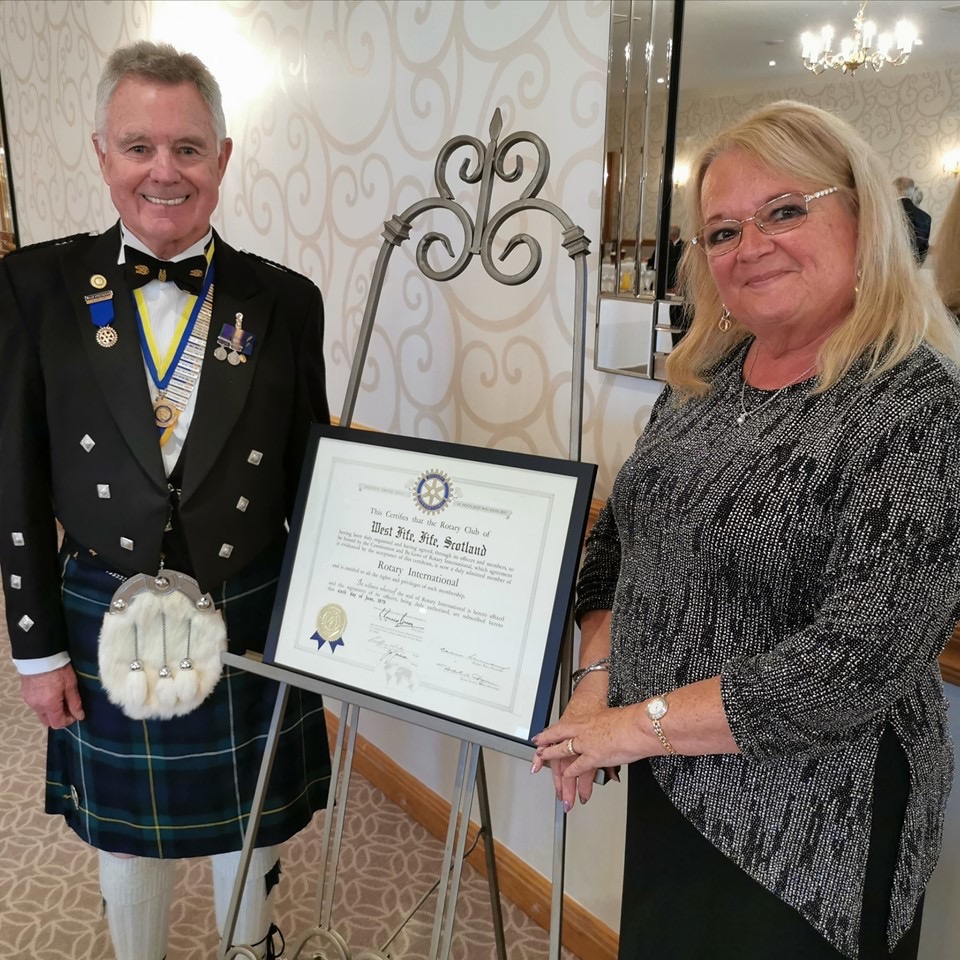 President John and his wife Irene 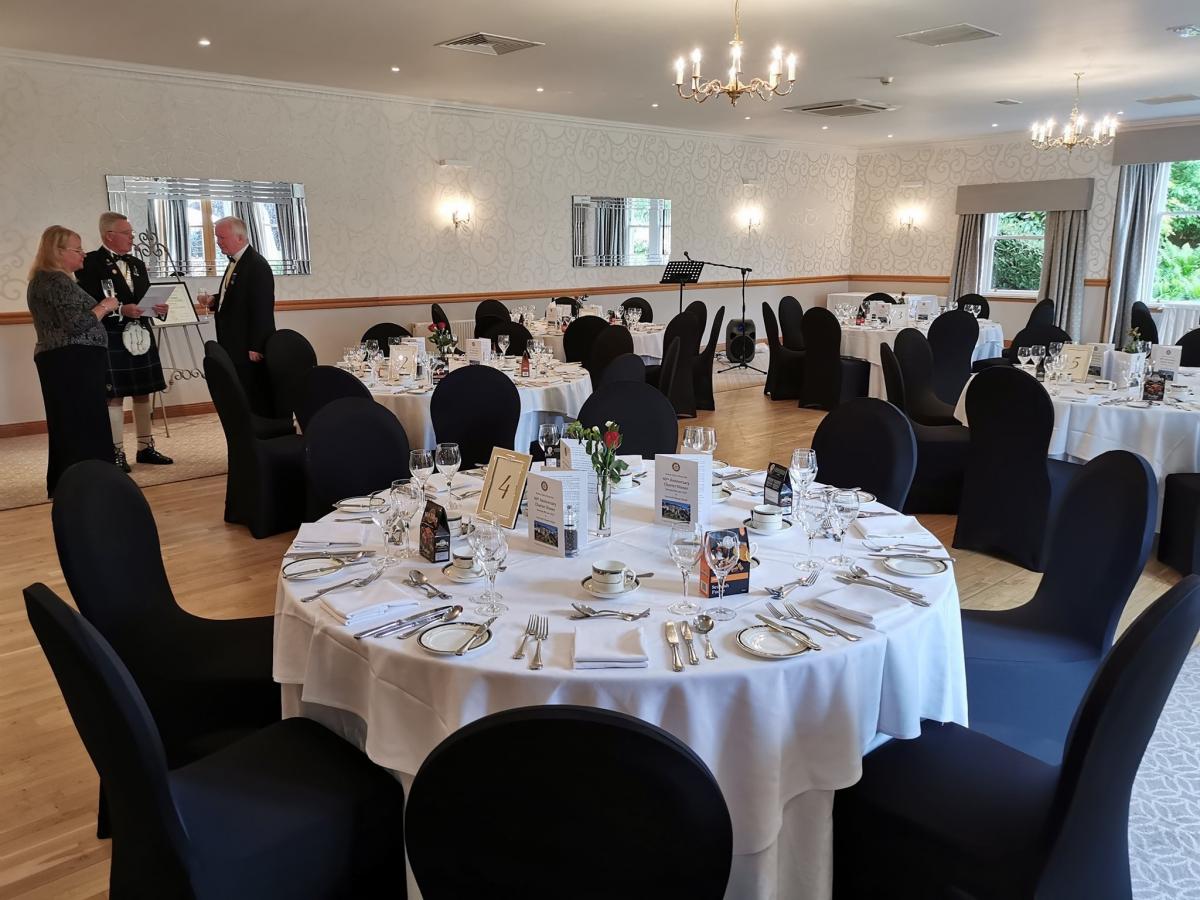 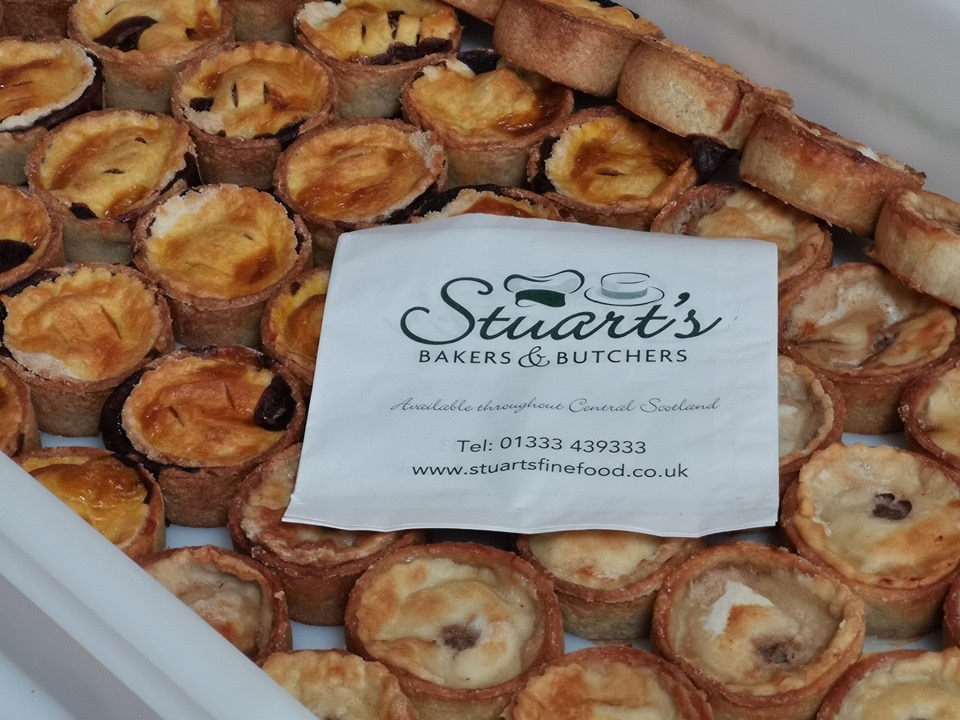 Alan Stuart brought along samples for everyone to take home. 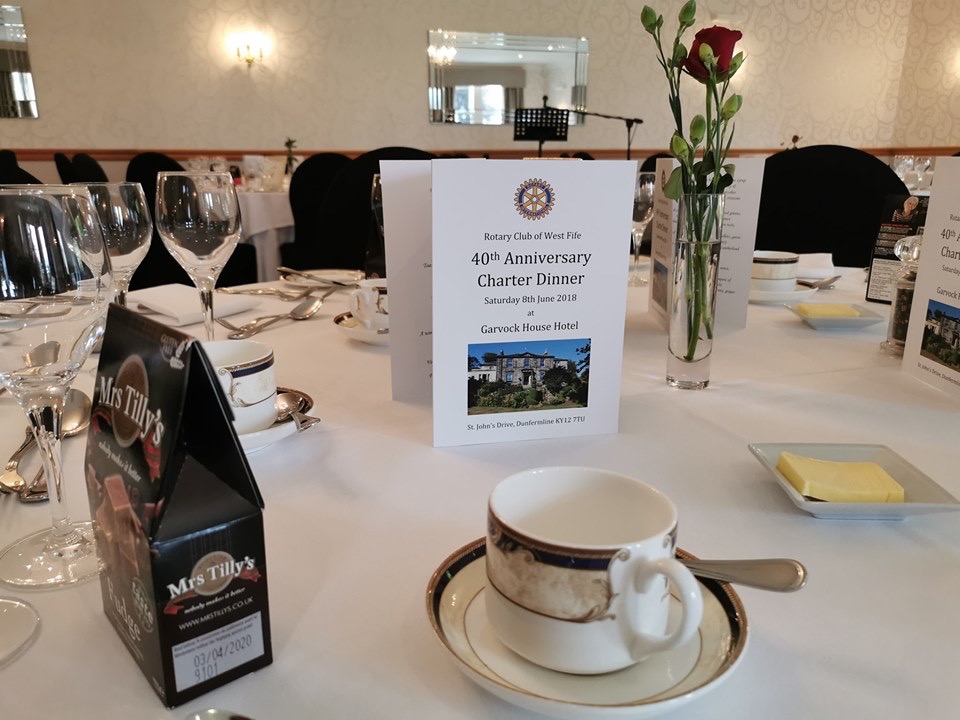 At the 40th Charter Dinner of the Rotary Club of West Fife, guest speaker was Alan Stuart, founder of the World Scotch Pie Club and retired baker from Leven.

The event was successfully held at the Garvock House Hotel, Dunfermline on Saturday 8th June 2019 with Assistant District Governor, Heather Stuart proposing the toast to the club.

Alan Stuart explained that his family had been immersed in Rotary, his grandfather being a founder member of the Leven club in 1939. He was a Past District Governor and Paul Harris fellow. Alan’s father and uncle had around a combined 70 years in Leven Rotary Club and also another Paul Harris Award.  “I grew up very much in a Rotary family and then there was me!”

Alan’s amusing and witty address included among other things, his experiences in the Queen Margaret Hospital, his opinions on political leaders and his initiation of the World Scotch Pie Championships in 1999.  As an example of someone who had lost a significant amount of weight recently he also gave tips on how to achieve success through his special diet!

At the Charter Dinner President John bestowed a Paul Harris Fellowship on founder member and Past President, Robin Grant.

Past President Neil Spriddle was presented with the Ken Forbes Golf Quaich.