Tim Pilbeam was inducted into The Club and Our Cheesey Challenge Team told us of their adventures. 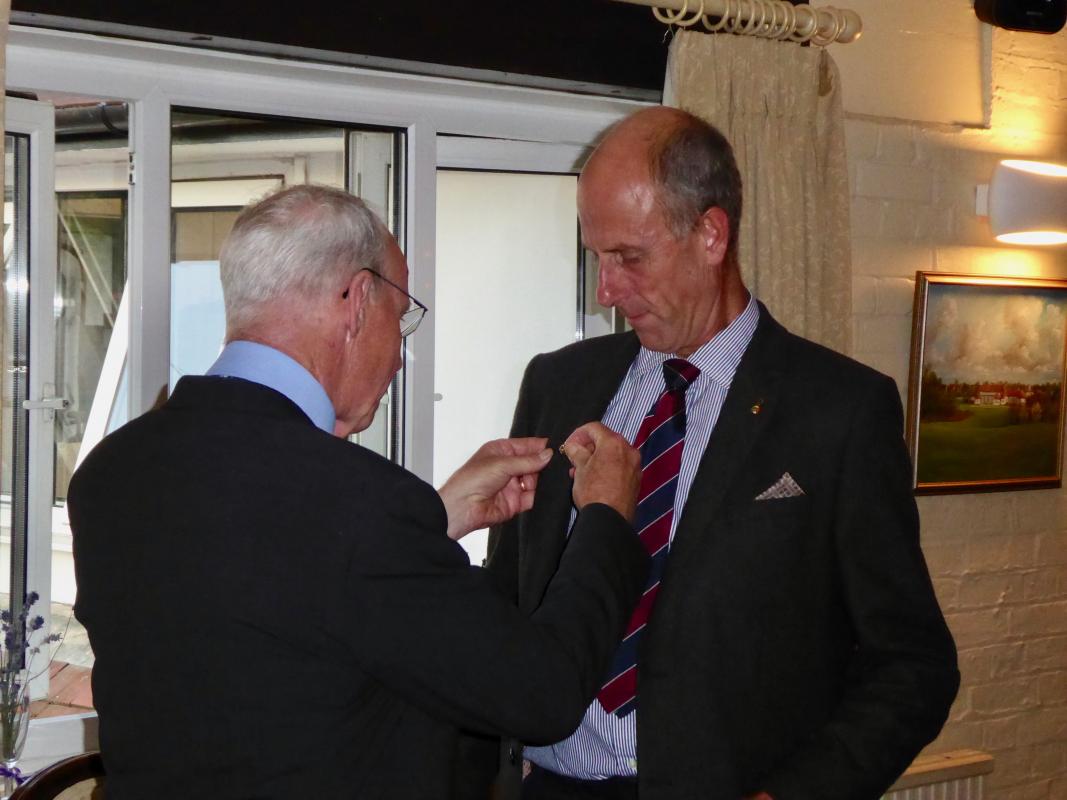 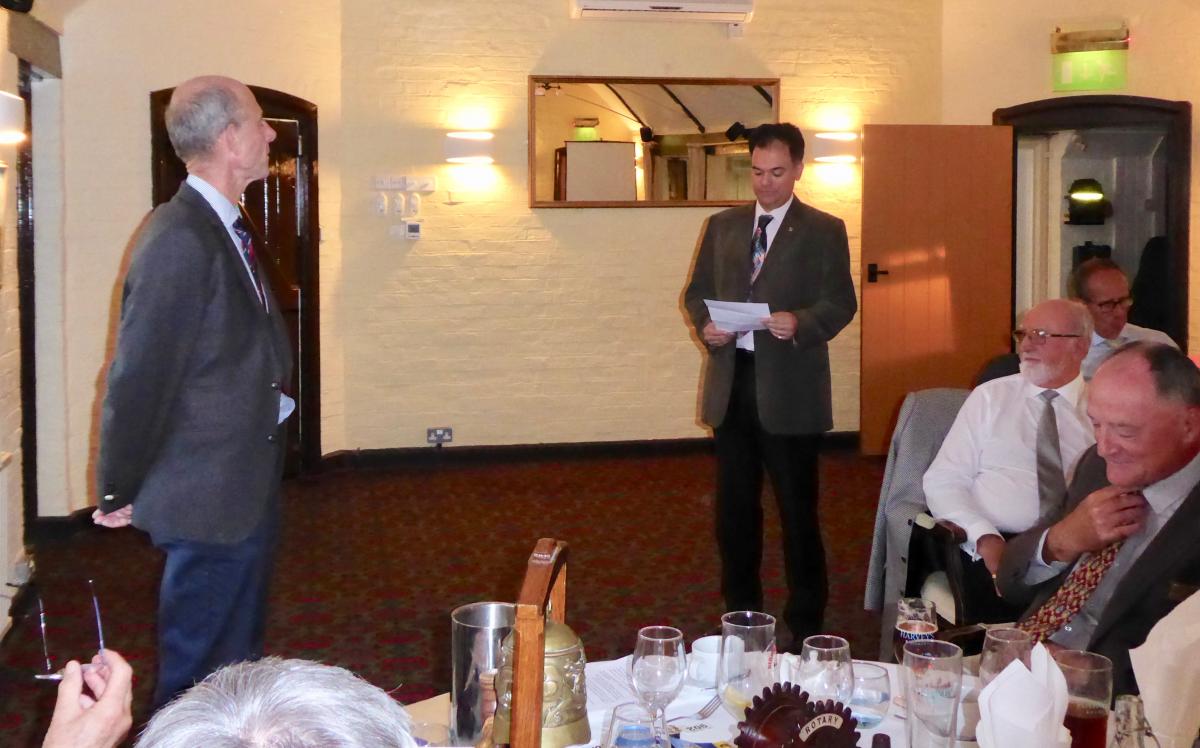 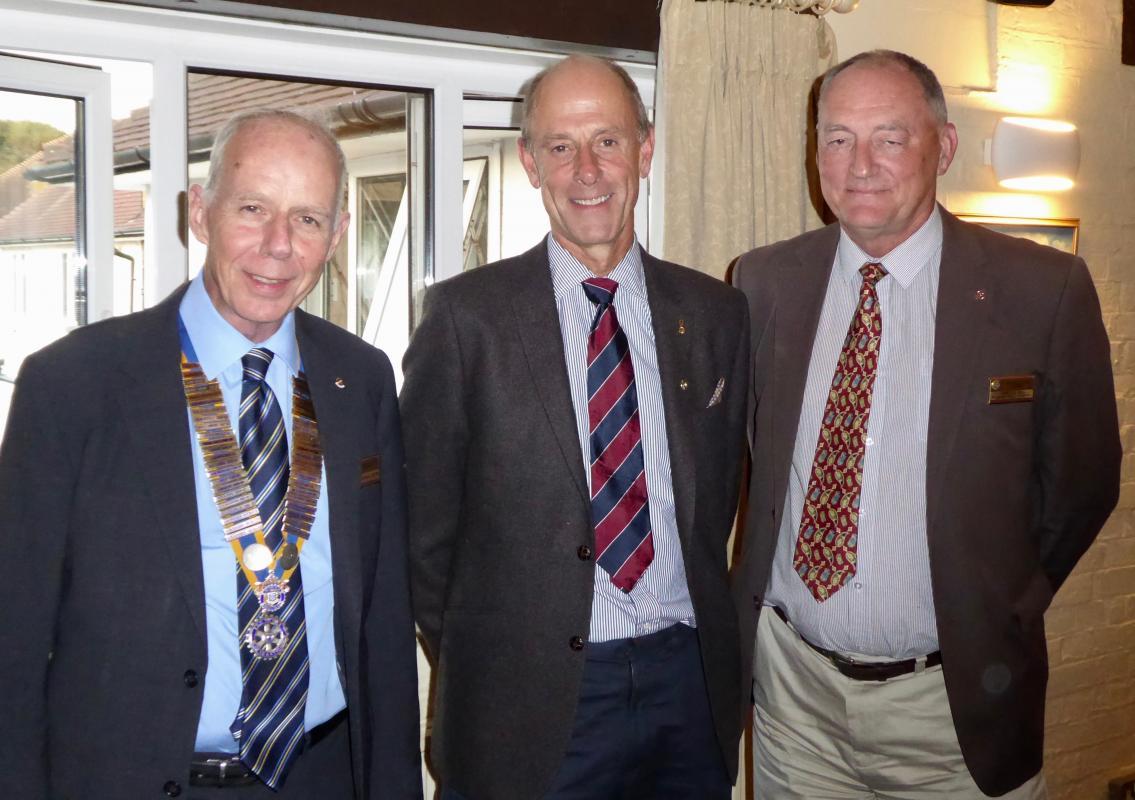 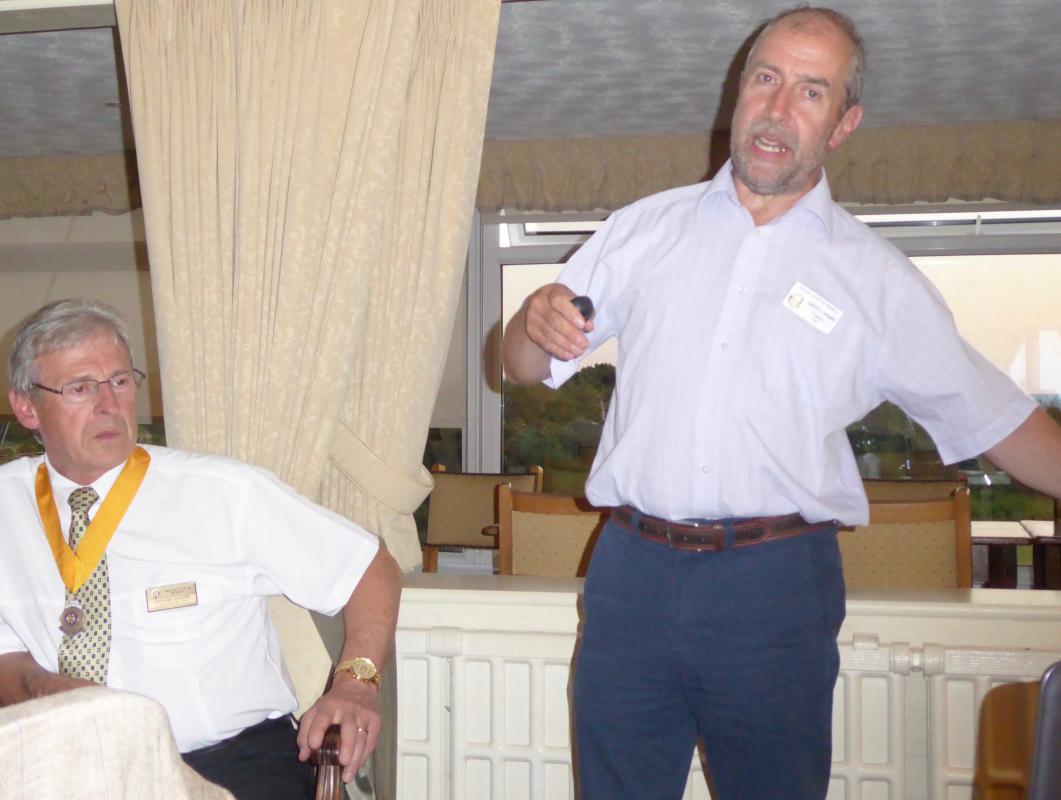 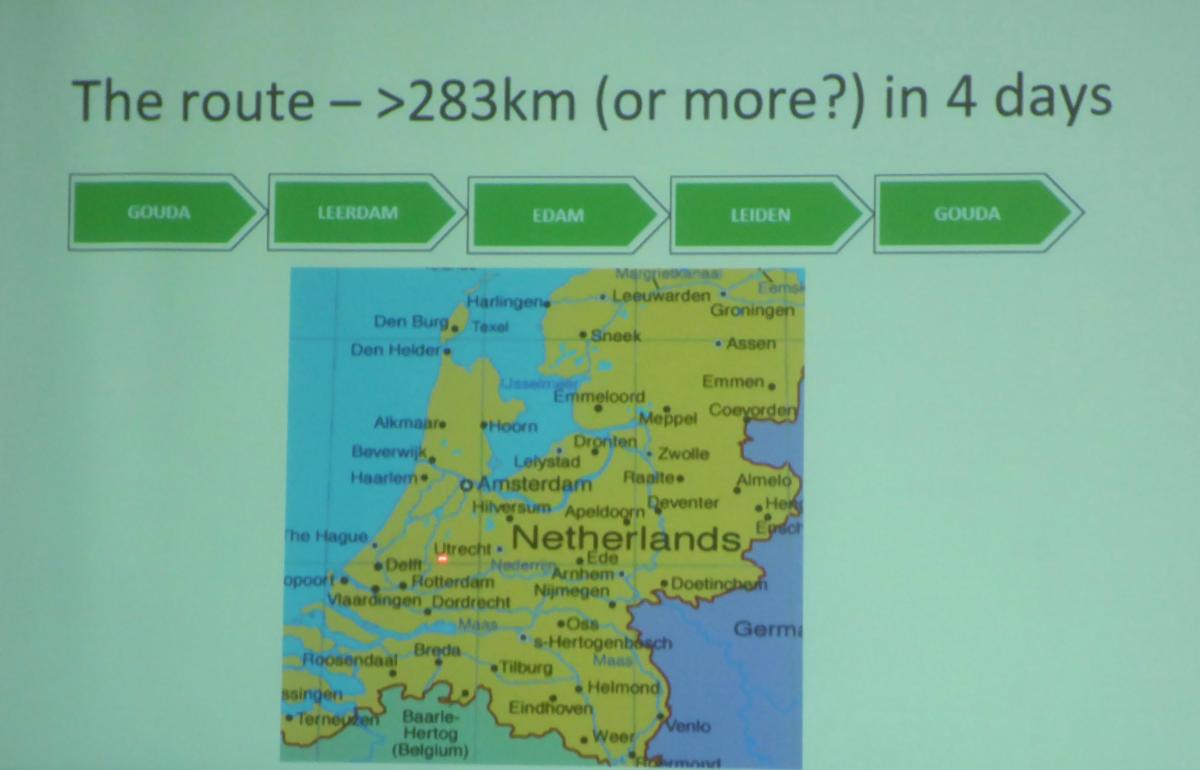 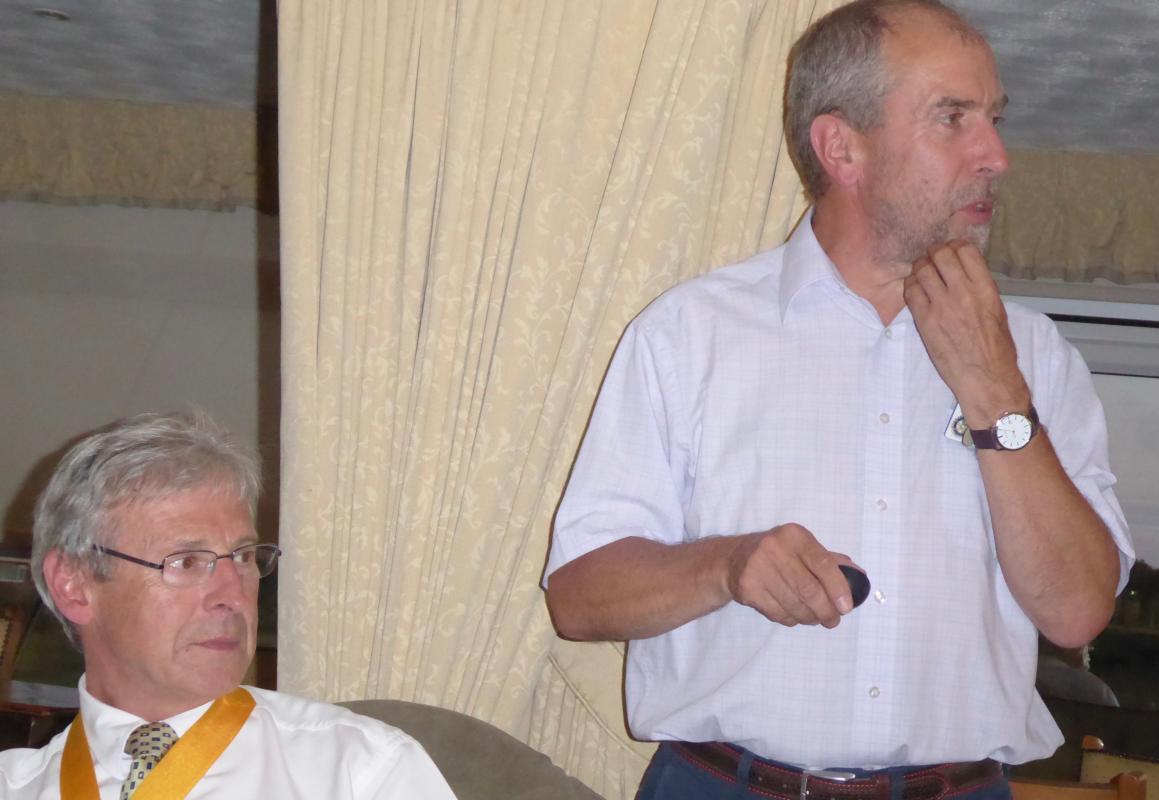 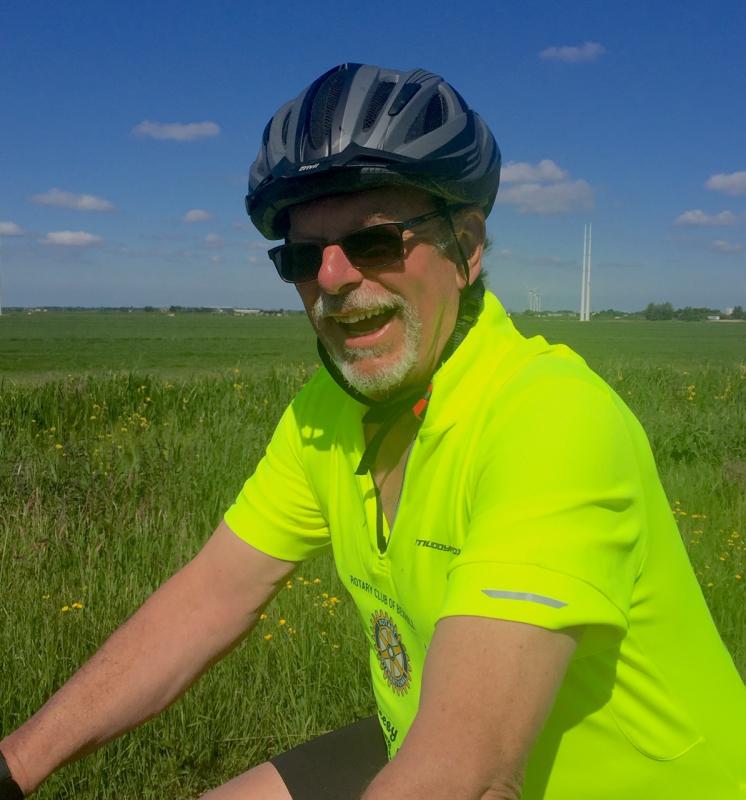 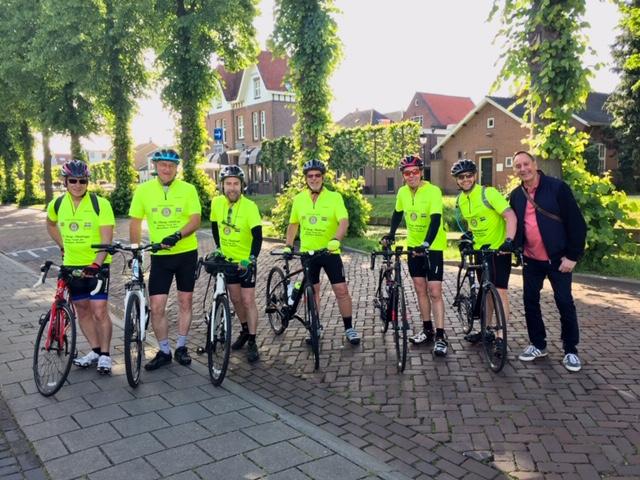 More About the Cheese!

Two Grahams, two Geoff’s a Ben and a James with a  support team comprising Dave, Teresa, Fi and William (the team mascot- set off from Gouda, in the Netherlands, to cycle around that country’s cheese producing areas, hoping to bring back as much cheese as they could, paying as little as possible. Four days cycling and 354 kilometres later they had collected over £250 worth of cheese. What they paid has to remain a trade secret but suffice to say the cheese-shopkeepers of Holland were very obliging whilst the members of Gouda Rotary Club made a fantastic donation of their local specialty.

The trip, should finally raise nearly £3000 for those in desperate need in Mozambique.  Like all trips new challenges can arise. On day three, after a leisurely start and with lunch in Harlem only 30 minutes away, the cyclists found themselves looking at a tanker cruising down the Nord See Canal, expecting that once the tanker had passed, the ferry would set off from the far side to collect them. “Not today,” said a couple of locals, “don’t you know there’s a national rail strike and the ferries have come out in sympathy?”

The outcome? “You need to go to the ‘I Tunnel’ in Amsterdam” said the helpful locals. So they had to head into Amsterdam, locate the tunnel closed to cars for the day and then find their way – without maps – to their overnight stop of Leiden, the detour adding 51 kilometres to the day. Great fun!