That's what friends are for 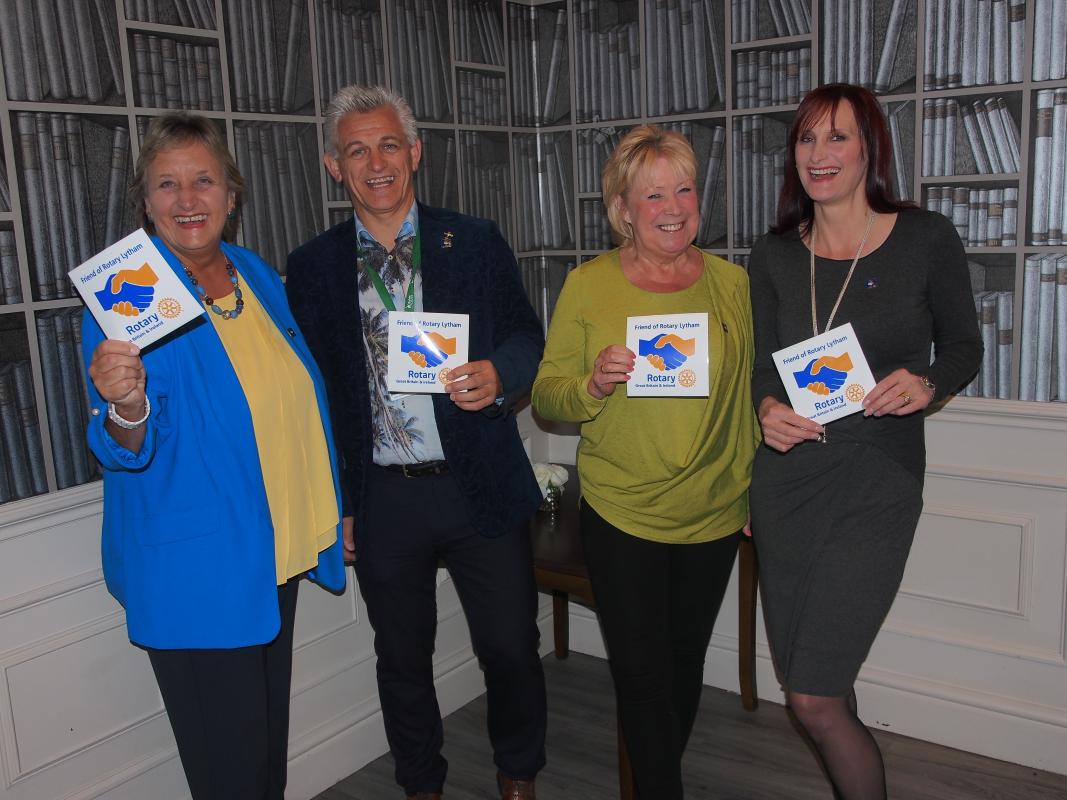 Rotary Lytham has many friends and recently the club honoured some of the friends who have been of special help over the year.
Two of the Club’s newest initiatives in the past year under President John Edwards have been the Respect Awards and the sale of Positively Purple Gin - one a community led initiative and the other an international fund-raising one.
The Respect Awards saw the three clubs in South Fylde — Kirkham and Rural Fylde, Lytham and St Annes — come together to honour pupils from schools in the Borough who had demonstrated outstanding respect to others. The original idea of past Mayor and Mayoress of Fylde, Coun John and Mrs Geraldine Singleton, the event was taken up by Rotary, but not without a great deal of assistance in the organisation from the former Mayoress.
Speaking on behalf of the other recipients, Mrs Singleton said she was delighted and very proud to have been made a Friend of Rotary and particularly pleased that Rotary in the Fylde had agreed to take up the Respect Awards.
Lytham Ginsmith Sara Dewhurst, who has been producing the Passionately Purple Gin exclusively for Rotary Lytham, also received a special Friends pin and awareness logo from President John. Thanks to her collaboration with the club over £6,000 has already been given to help end polio, and, with triple funding from Bill and Melinda Gates Foundation that will vaccinate over 93,000 children worldwide.
Loneliness is this year one of the key areas being targeted for assistance by Rotary nationally and collaboration with Just Good Friends was also marked with a ‘Friends’ award to founder Bev Sykes. The fourth to be honoured was Fylde Borough Council CEO Allan Oldfield, who has always been particularly supportive of the work of Rotary in the area.
Rotarian John Edwards said he hoped that the four would feel free to join club members at events throughout the year. 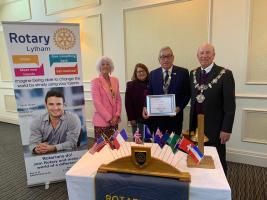 We promote the young people of our area 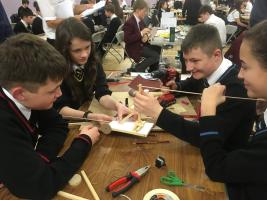 From Young Technology competitions to Walking for Water and encouraging Respect among our youngsters. 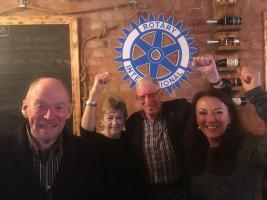 It's not all hard work- we have lots of fun and friendship, whether it being theatre outings, social evenings or sports.

We live and learn...

A variety of interesting and inspiring speakers give us lots of food for thought.

That's what friends are for 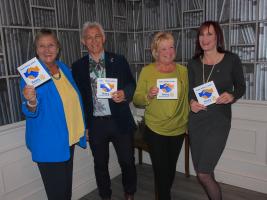 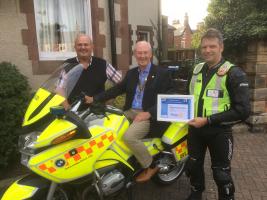 A Celebration of Rotary ...with Friends

A collection of archived photos from Rotary Lytham.