Niamh Murphy is Bury Schools Footballer of the Year 2019

Niamh Murphy is Bury Schools Footballer of the Year 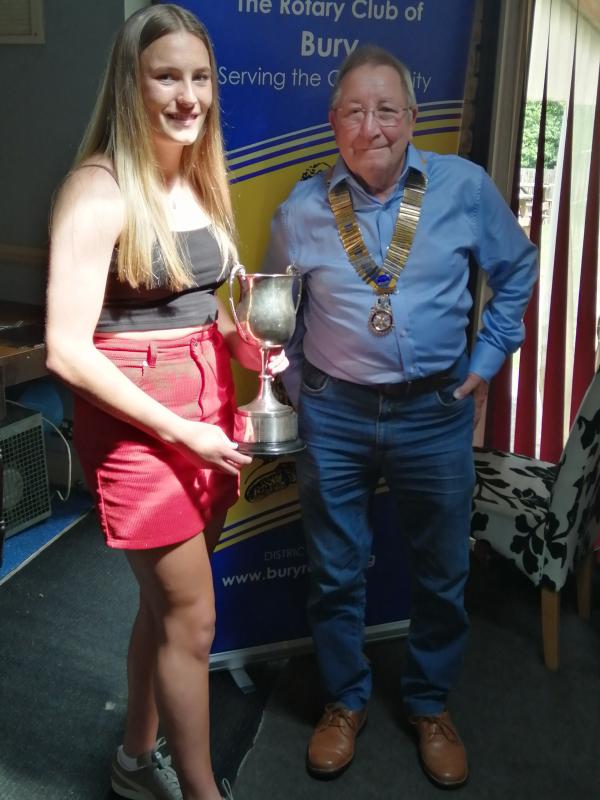 Niamh is First Female Bury Schools Footballer of the Year

PhiI Emmott, Secretary of the Rotary Club of Bury, said “Niamh is an all-round sports woman whose ability, commitment and sportsmanship has brought great credit to her family, her school and herself. Already a Scottish Soccer International, she plays for Manchester United Women FC.

He added that "As someone who played twice at Wembley (gaining two Oxford University Soccer Blues) it gives me enormous pleasure to acknowledge Niamh’s sporting talents and achievements. I cannot envisage a more worthy recipient of this trophy, joining a distinguished list of former winners.”

The “Ranger” Trophy is presented in memory of Wilf Ainscow, a long serving member and past president of the Rotary Club of Bury who was part owner and editor of the Bury Times and covered Bury FC as a sports reporter under the penname "Ranger".