David Gilchrist organised a visit to this World War 2 site below the White Cliffs. 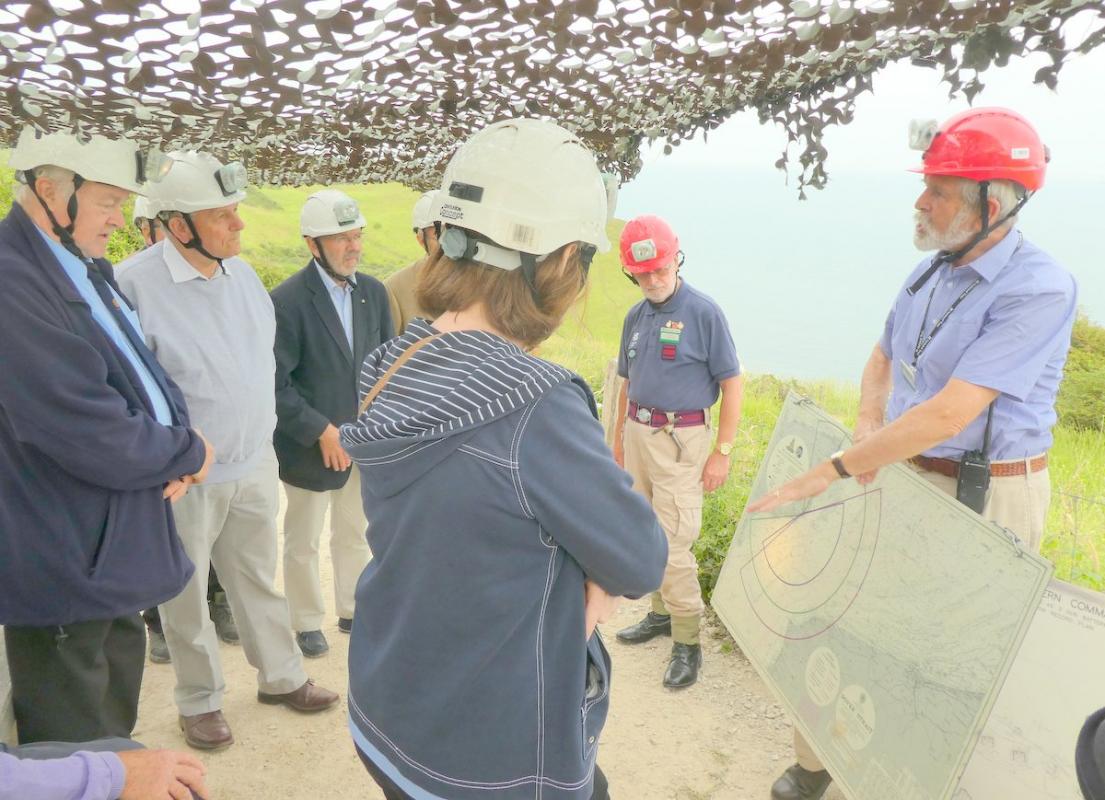 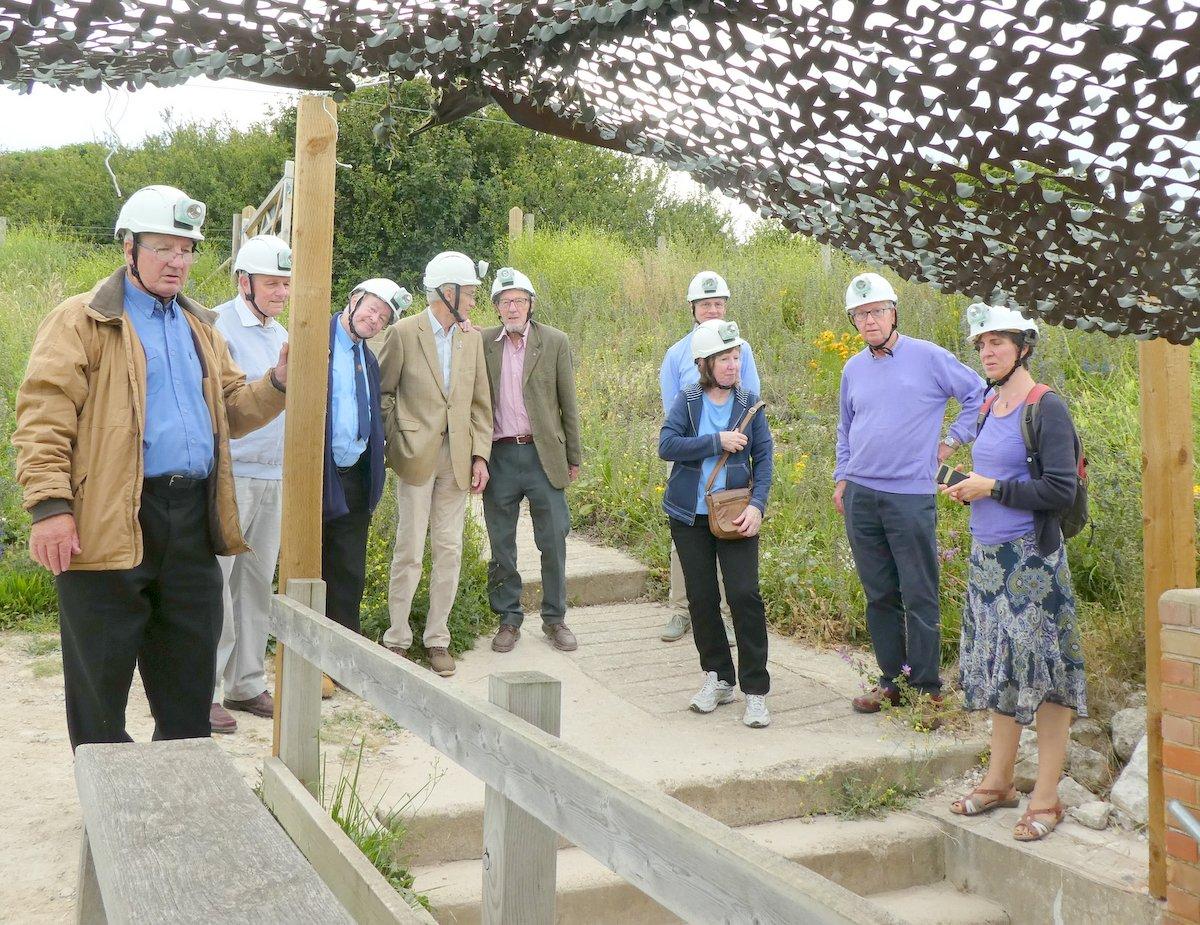 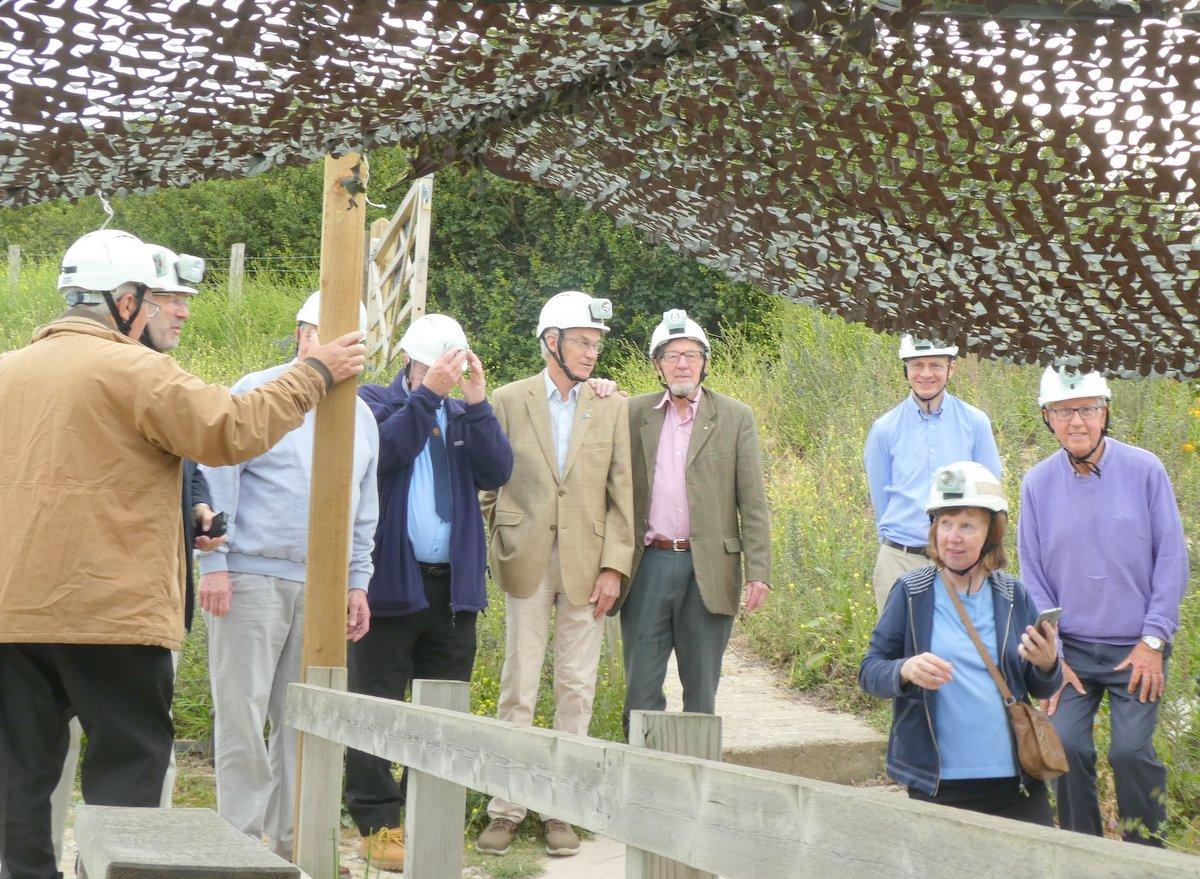 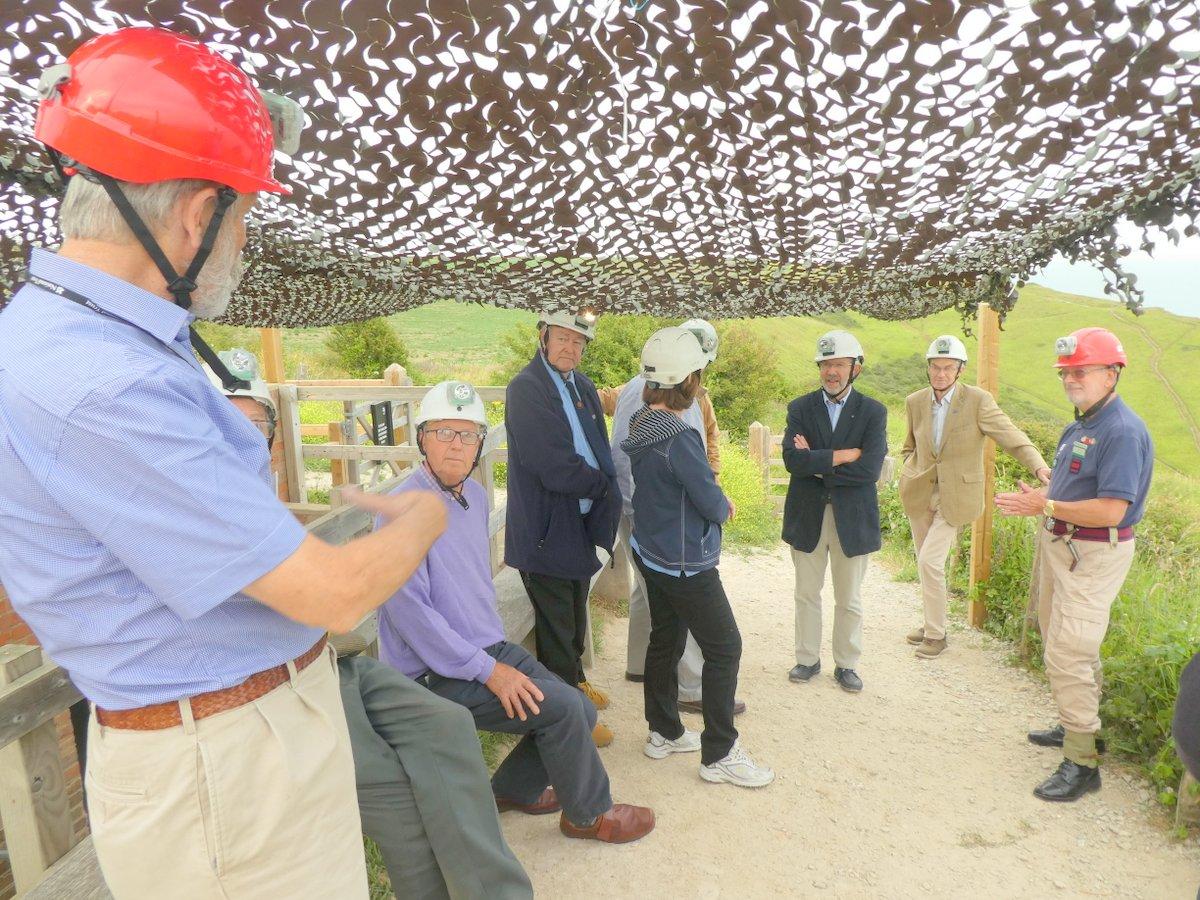 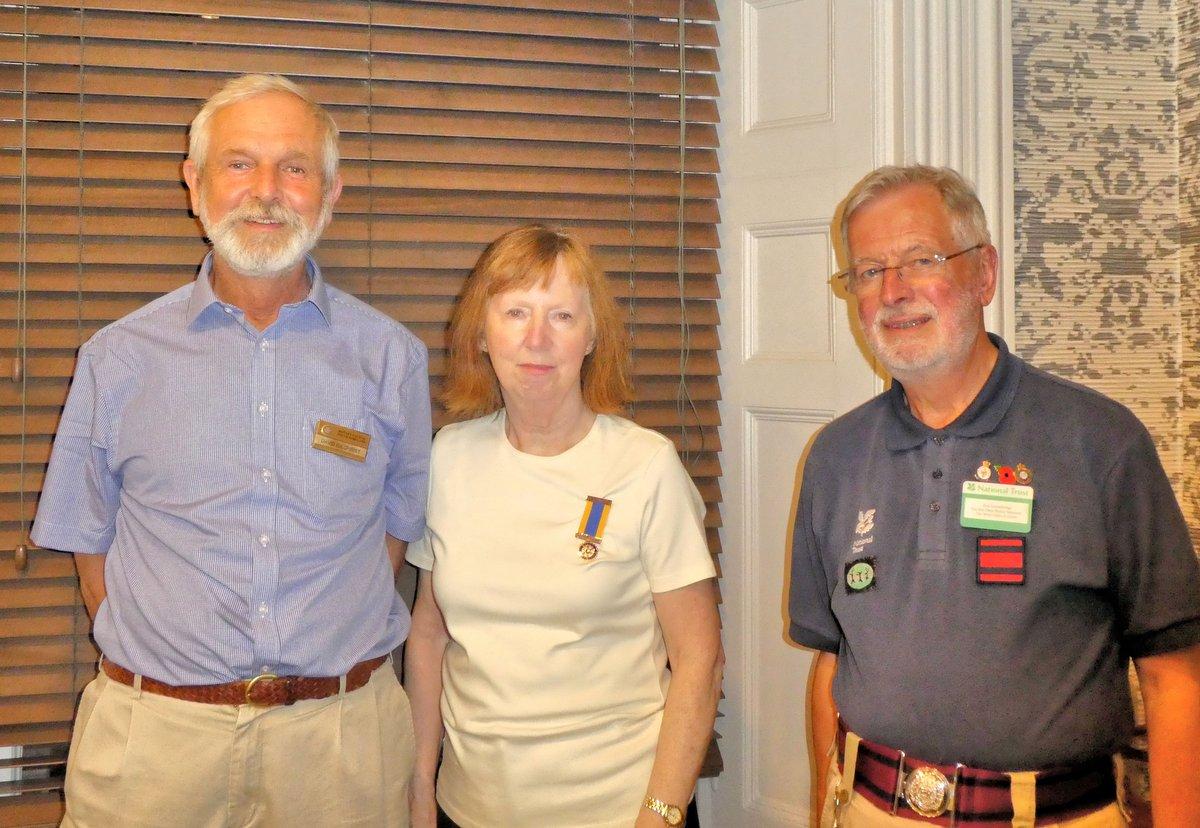 On 17th July David Gilchrist organised a visit for club members to the Fan Bay Tunnels where he is a guide.  The Fan Bay Deep Shelter is a World War 2 tunnel complex built beneath a gun battery on the cliffs.  At the meeting following the visit Don Groombridge, another National Trust Guide, gave club members a history of the facility.

The National Trust acquired a section of the White Cliffs, not far from the Port of Dover, in 2012.  One of their volunteers decided to investigate a small opening into a dark shaft; luckily as a potholer he took the precaution of tying a rope around his waist before lowering himself into the shaft.  What he discovered was 125 steps, half covered in rubble, leading down to tunnels at the bottom of the staircase.  This facility had been built by the Royal Engineers between November 1940 and February 1941 as a place of refuge for troops under bombardment at the gun placement above.  After the war the tunnel entrances has been filled in, while the nearby Sound Mirrors from World War 1 were buried in the 1970s as they were seen as eyesores and unwanted reminders of war.

Between 2012 and 2015 more than 700 tons of rubble and chalk were removed by volunteers.  The Fan Bay Deep Shelter was opened to the public in 2015 and in 2018 there were 8,530 visitors.  It is open at weekends from Easter to October and all week in school holidays.