On 21st August members enjoyed an evening which included a rail trip, naming of a locomotive and a fish and chip supper 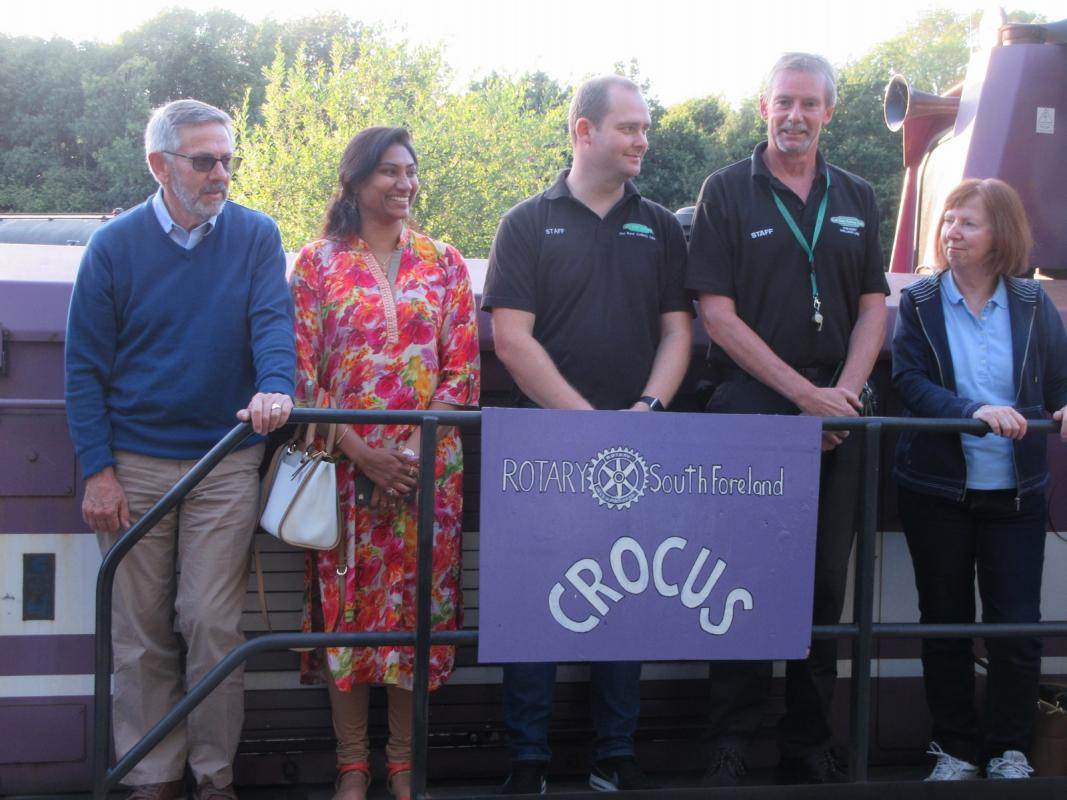 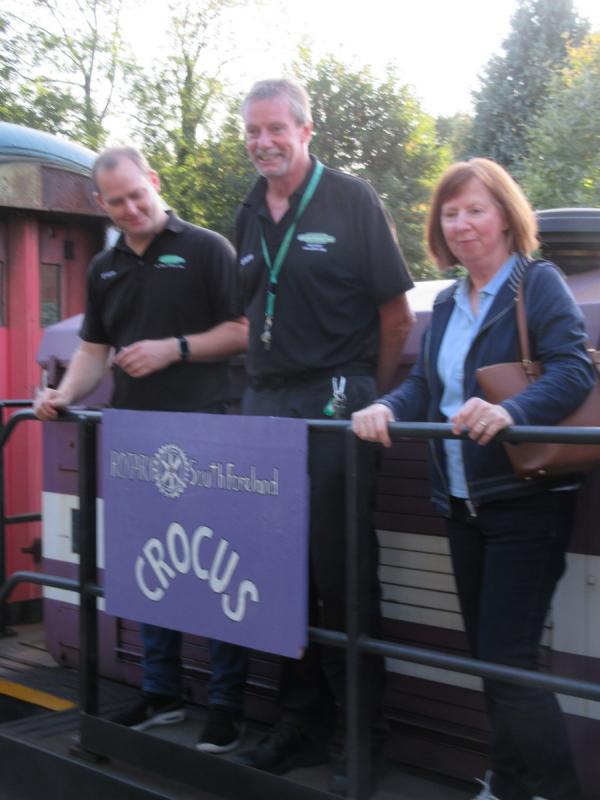 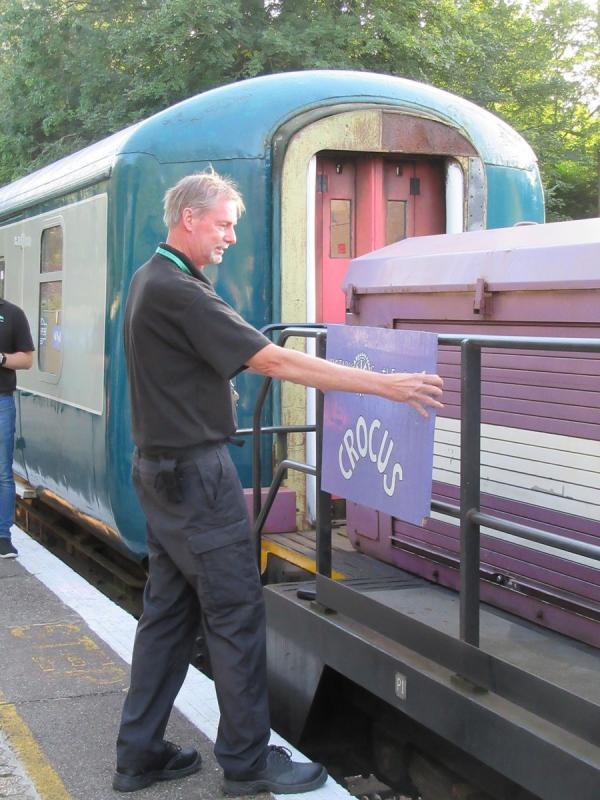 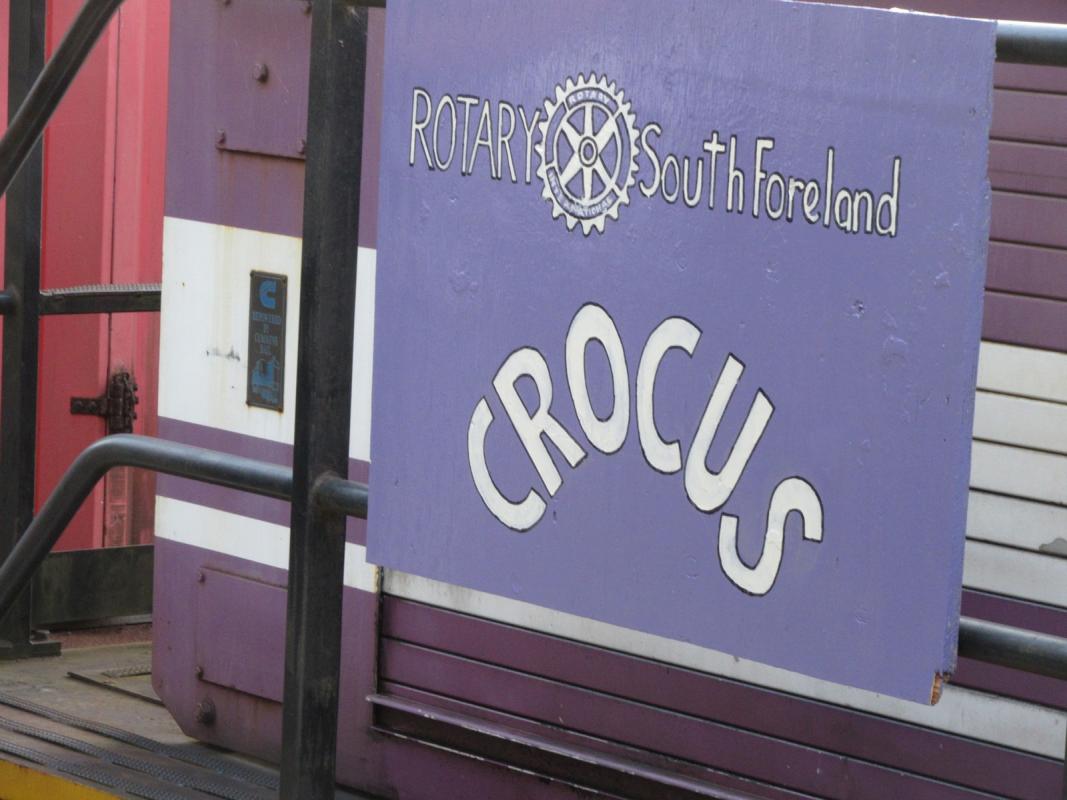 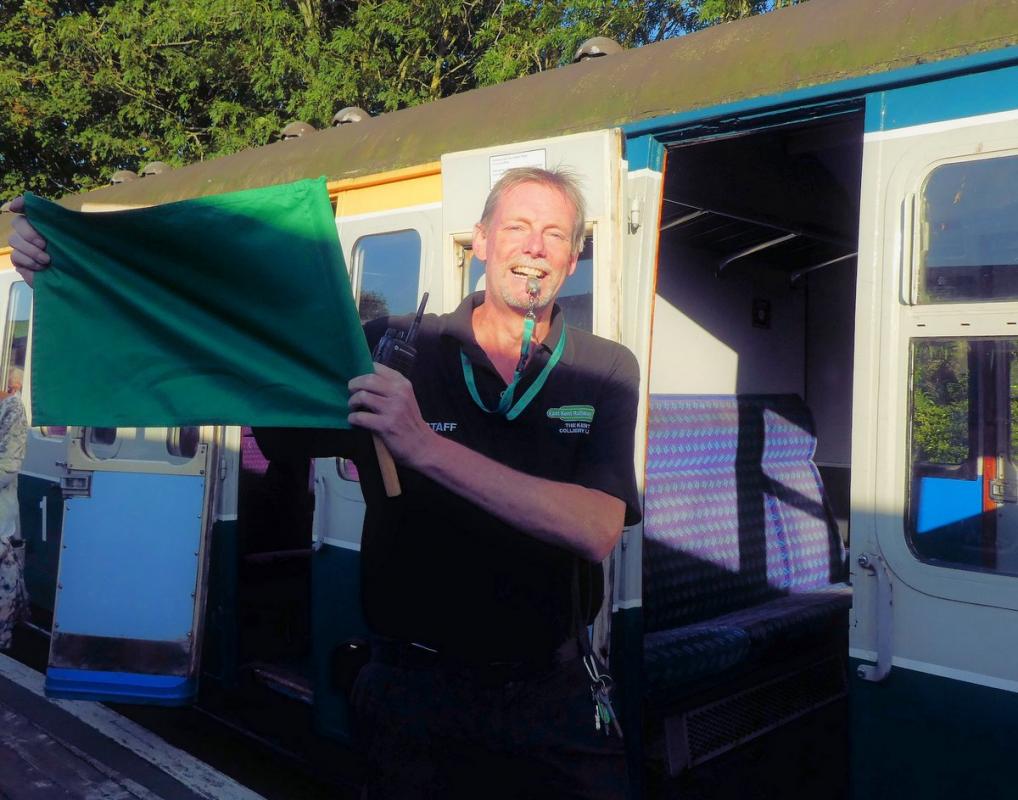 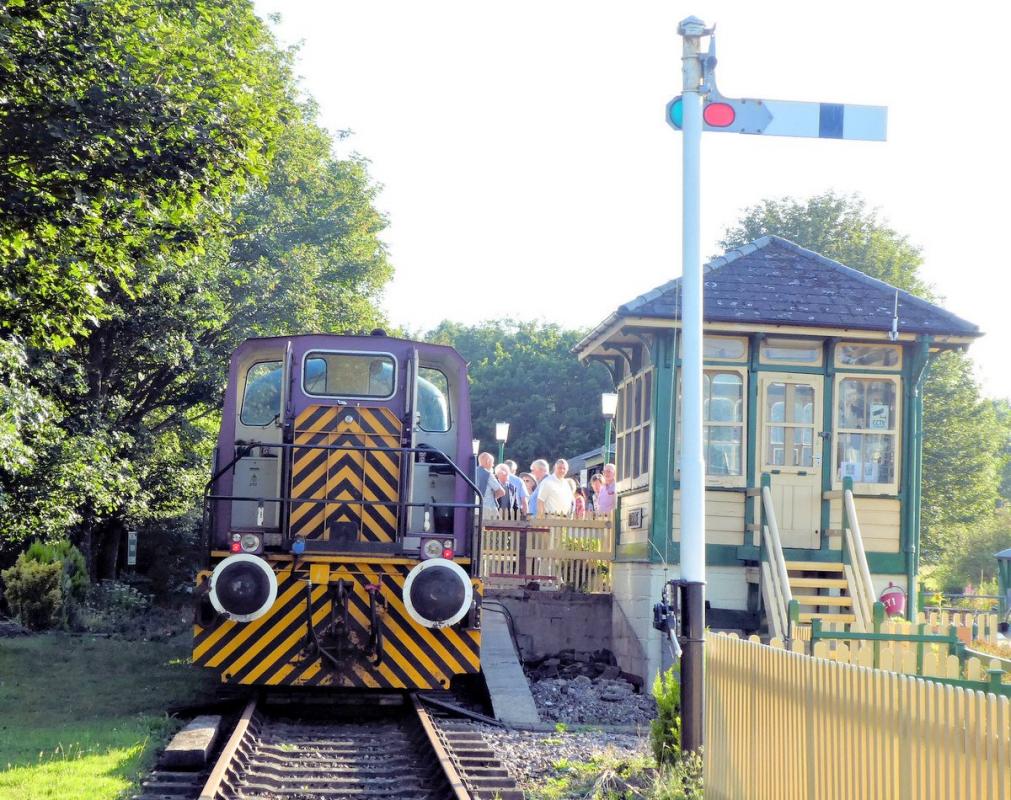 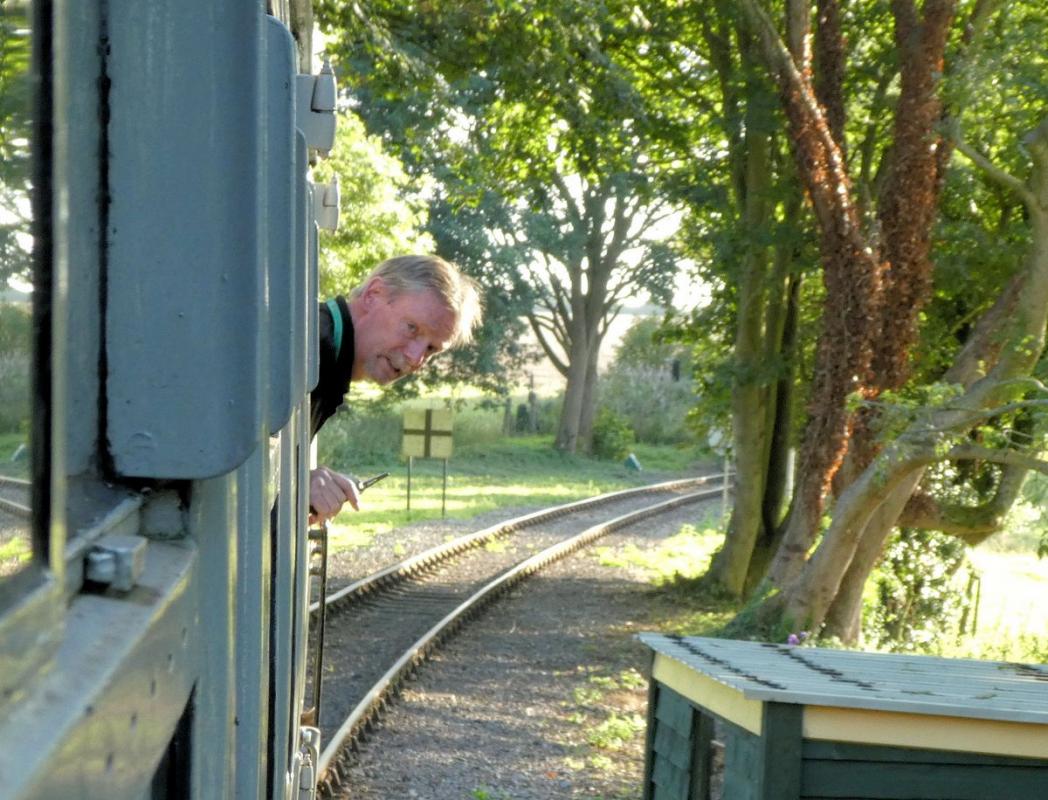 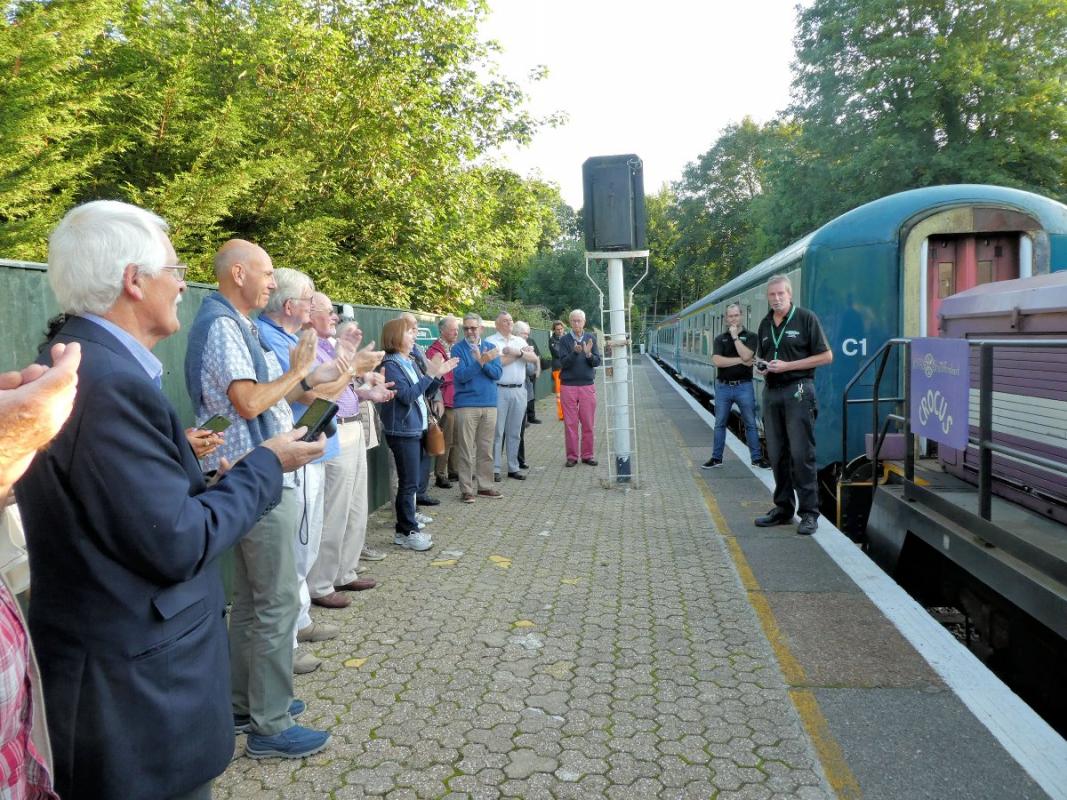 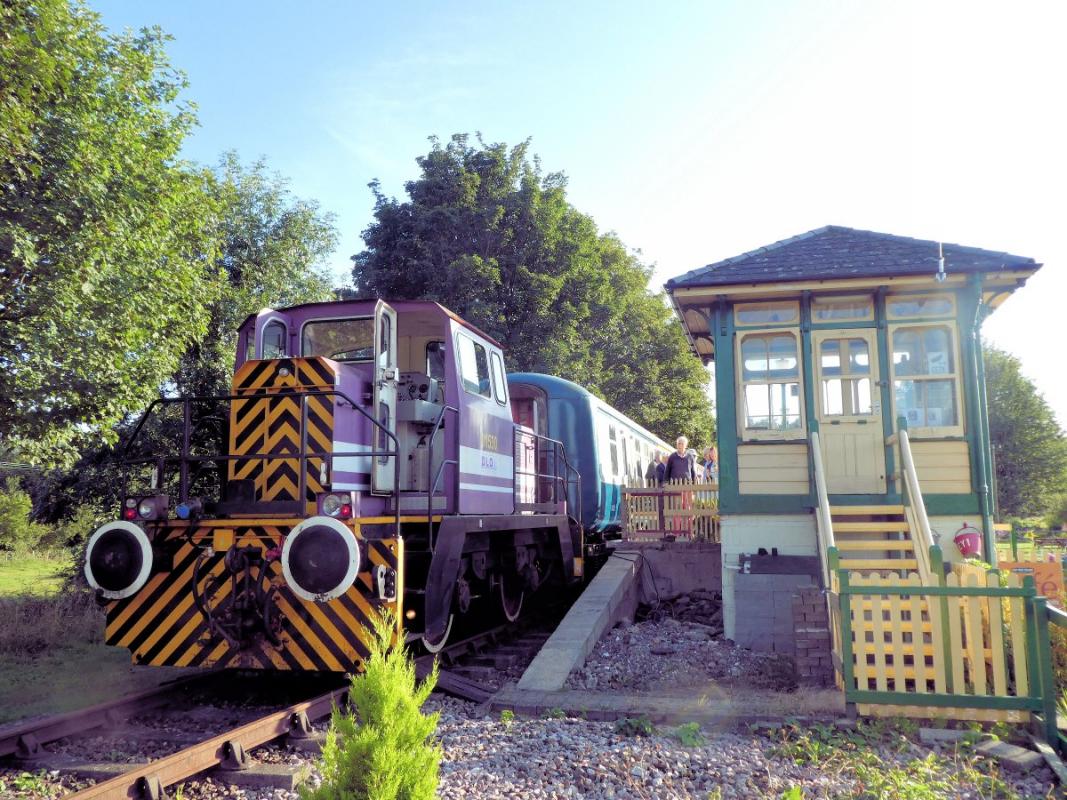 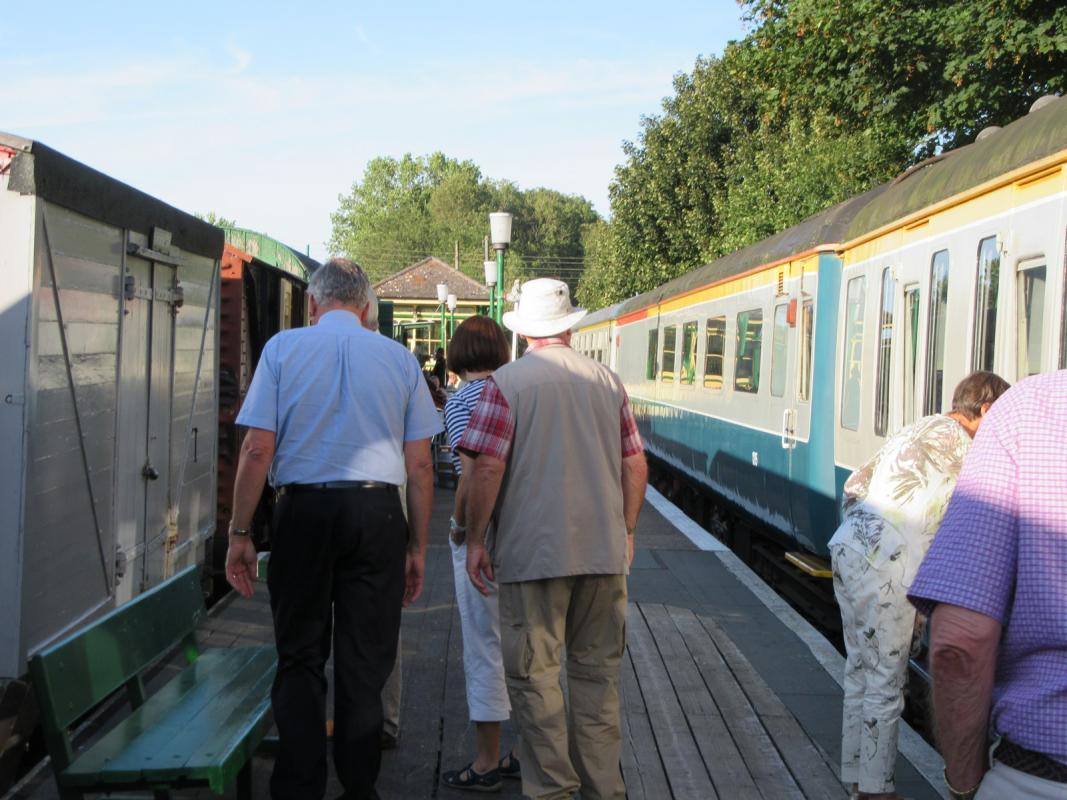 On the evening of 21st August members of the Rotary Club of South Foreland visited the East Kent Railway at Shepherdswell.  The visit was organised by club Member Mark Watson, recently appointed Deputy General Manager of this heritage site which celebrates its 30th anniversary this year.  Mark brings a wealth of experience from his senior roles in the military and his support is much appreciated by General Manager Matthew Plews.  On the four mile round trip to Eythorne and back members heard from Matthew of the challenges of running a heritage site based entirely on volunteers, while Mark gave some interesting history of the railway which was built between 1911 and 1917 to serve the Kent Coalfields.

After the train ride a naming ceremony was held for the purple diesel loco Thomas Hill Vanguard DLO (Defence Logistics Organisation) 01543 which had formerly worked at MOD Kineton in Warwickshire where the Central Ammunition Depot is based.  It was painted purple as mixing the colours of the three Armed Services, dark blue, light blue and brown, produces the colour purple.  The purple crocus symbolises Rotary’s campaign to eradicate polio worldwide so that is why the loco has been named ‘Crocus’, to publicise the ‘End Polio Now Campaign’.  Members then had a fish and chip supper in the Colonel’s Cafe to round off and interesting and enjoyable visit.  Mark and his staff were thanked for looking after members so well.

The East Kent Railway mission is ‘A family-orientated heritage attraction offering opportunities to experience and learn about forgotten history including our Minor Railways and Mining’.  It is a great day out for families, with two miniature railways, model railway display, museum, walks through adjoining woods where evidence of World War Two trenches can be found, as well as a play area for children and an extensive cafe.  Great progress has been made over the years and so far in 2019 there have been over 10,000 visitors.  The popularity of the site will allow for further refurbishment as well as the hiring of a steam locomotive ‘Achilles’ next year and the possibility of opening a branch line in future.  More information can be found at: www.eastkentrailway.co.uk