Weekly meeting with guest speaker, giving information on one of the Club's charitable projects for this year 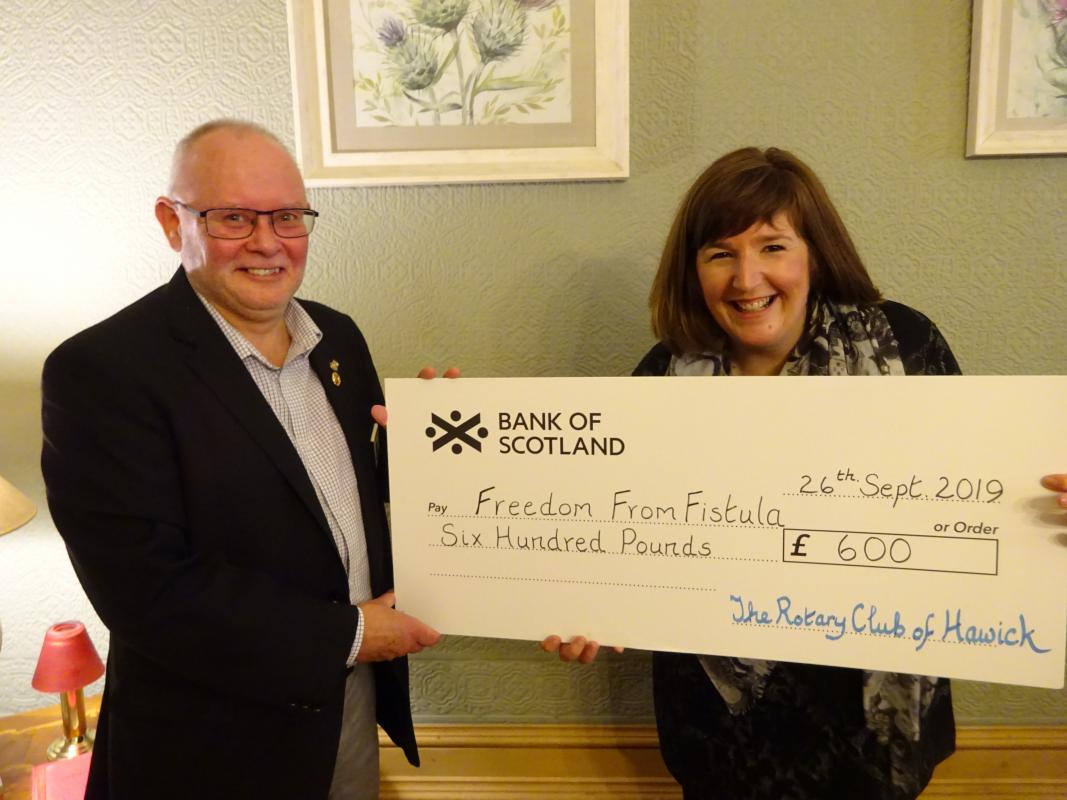 The FFF Foundation is a Scottish registered charity founded by Ann Gloag. An estimated two million women in Africa are suffering from obstetric fistula caused by prolonged, obstructed childbirth and lack of access to maternity care. The effect is devastating and often condemns them to a life of solitude and despair.

Fistula is all but eradicated in the developed world. In contrast, it occurs to thousands of women and girls in Africa every day and they often have no-one to help.

Hawick Rotary Club along with many other Rotary clubs world-wide have been working in partnership with FFF charity to raise funds which support programmes that help to save and transform lives of women and children affected by fistula.

Sue spoke about the work being carried out by Aberdeen Women’s Centre in Freetown, Sierra Leone and told us how every £1000 raised by the partnership can help provide 250 consultations at the Children’s Out-Patient Clinic including consultation, treatment and vaccinations, or 10 safe births in the maternity unit each month, or one life changing fistula surgery including rehabilitation and reintegration, or housing, food, rehabilitation and skills training for one destitute and vulnerable teenager in the Aberdeen Women’s centre.

At the conclusion of the talk, President Linden Warburton gave a vote of thanks then a cheque for £600 (money raised at the Club’s coffee morning held in May) was presented by Foundation Committee Convenor Gus Neilson to Sue.