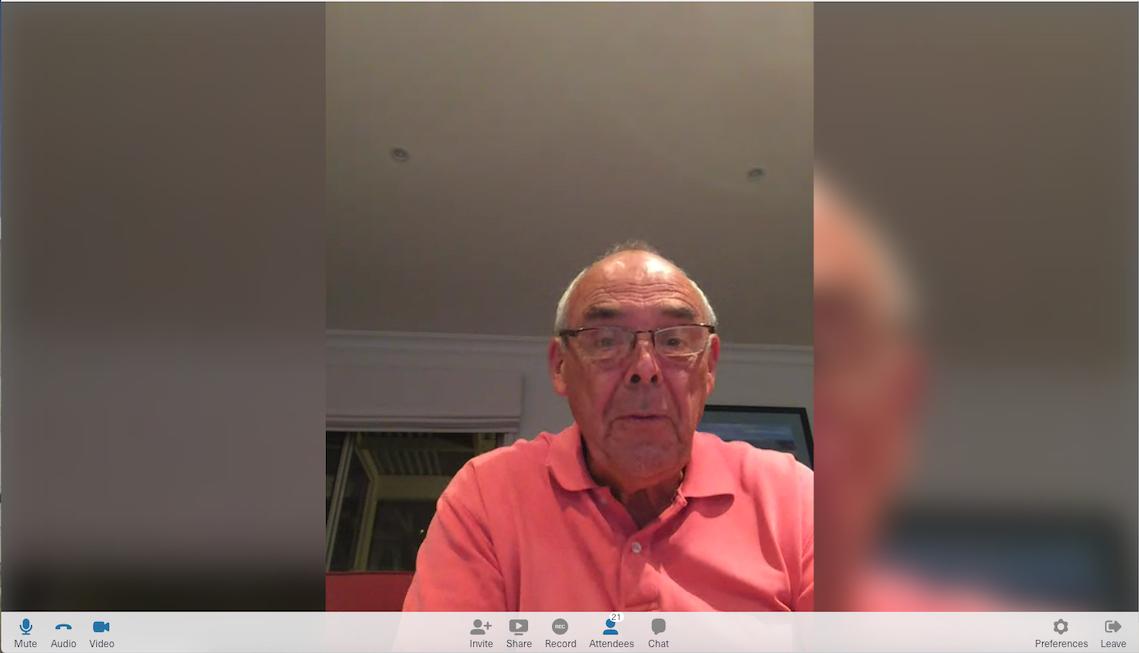 International flavour to the meeting.

This week saw the second voice and video conference call meeting of the Rotary Club of Dunmow, with a truly international flavour.  Joining the meeting this week was Graham Corr from the Rotary Club of Wodonga West, Victoria, Australia.  Graham is a long time friend of Dunmow Rotarian Mike Lodder, who was originally from Australia.  We didn’t keep Graham up too late as it was 9:45pm local time for him when the meeting started.

Although the club is not currently able to meet in person, the use of modern technology has allowed the club to keep in contact and invite fellow Rotarians from other parts of the world to join the meeting.

The meeting saw 23 Dunmow Rotarians and Graham, from Australia, attend the conference meeting, using a mixture of  voice and video conferencing.