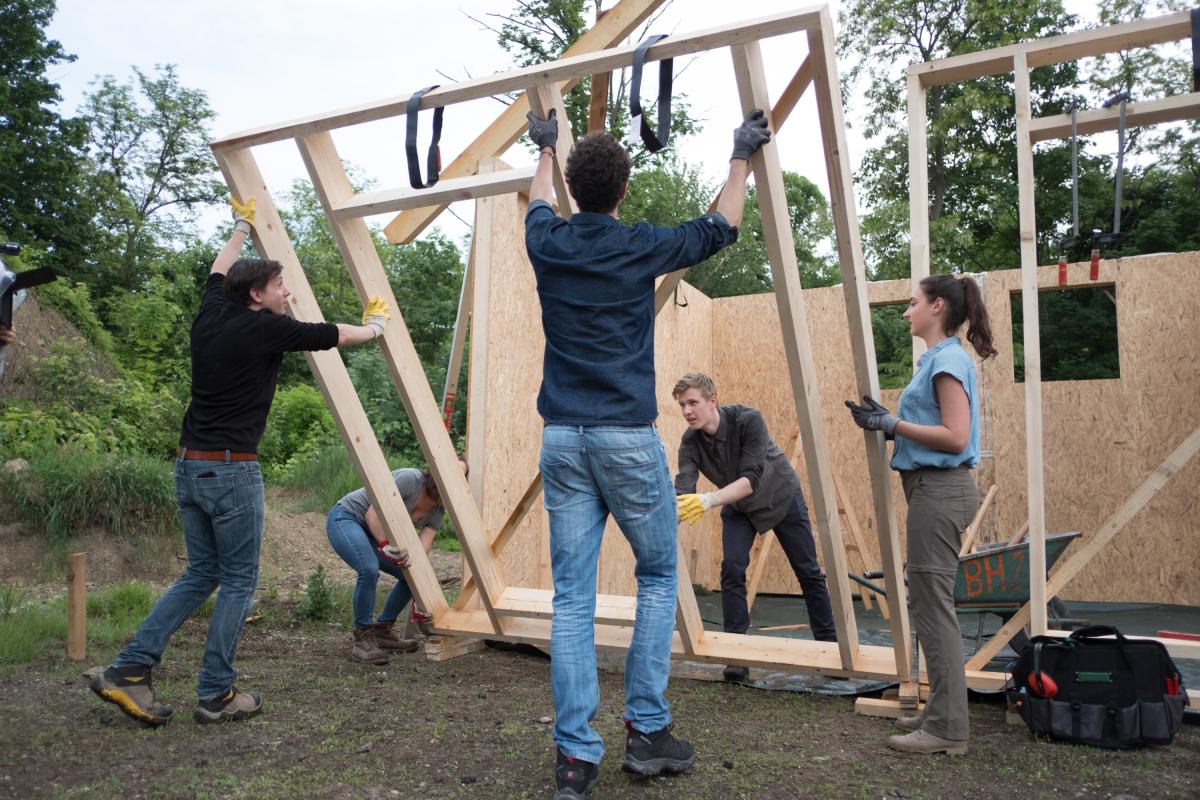 About the photo - credit to Rotary International:

People of Action still photography shoot of Austrian Rotaractors and Rotary members from various clubs in Vienna. The Austrian members pioneered an intergenerational mentoring program called "Intarconnect," which involves support and networking. In addition, the group started an initiative to build homes in their Rotary district, although across borders, in Srebenica, Bosnia. The site of the famous massacre is still recovering from the war. These images provide coverage of a video commercial shoot that stages a re-creation of their home building initiative.