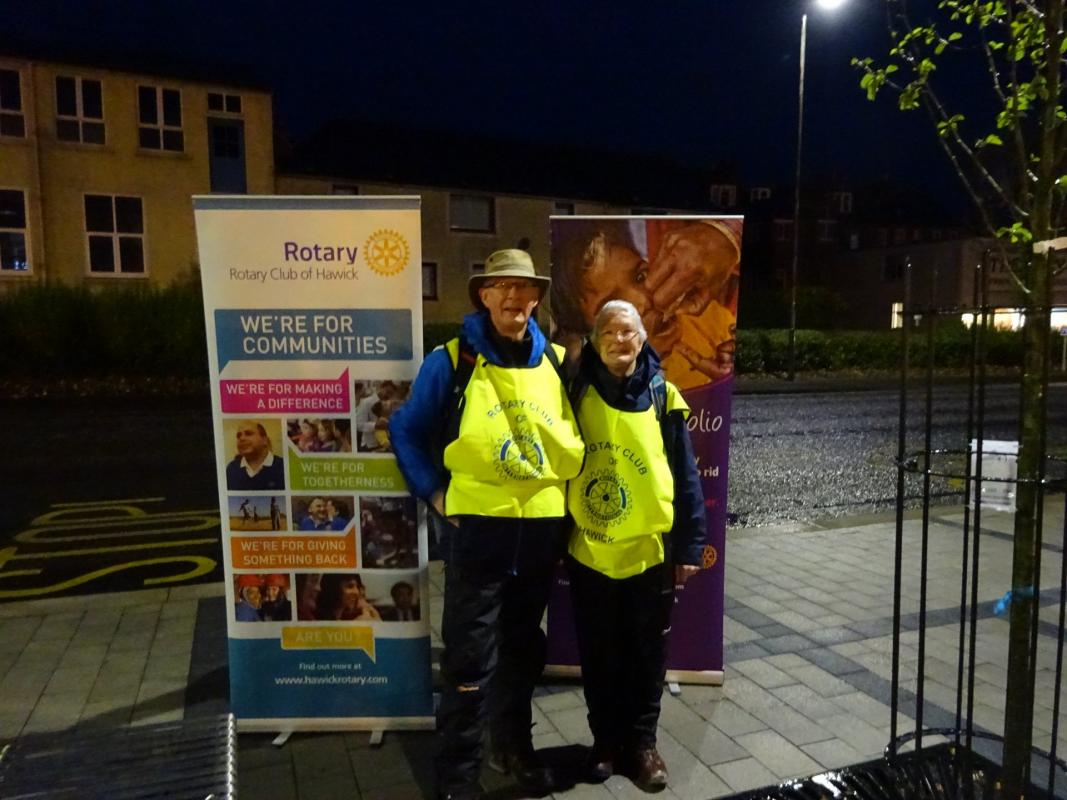 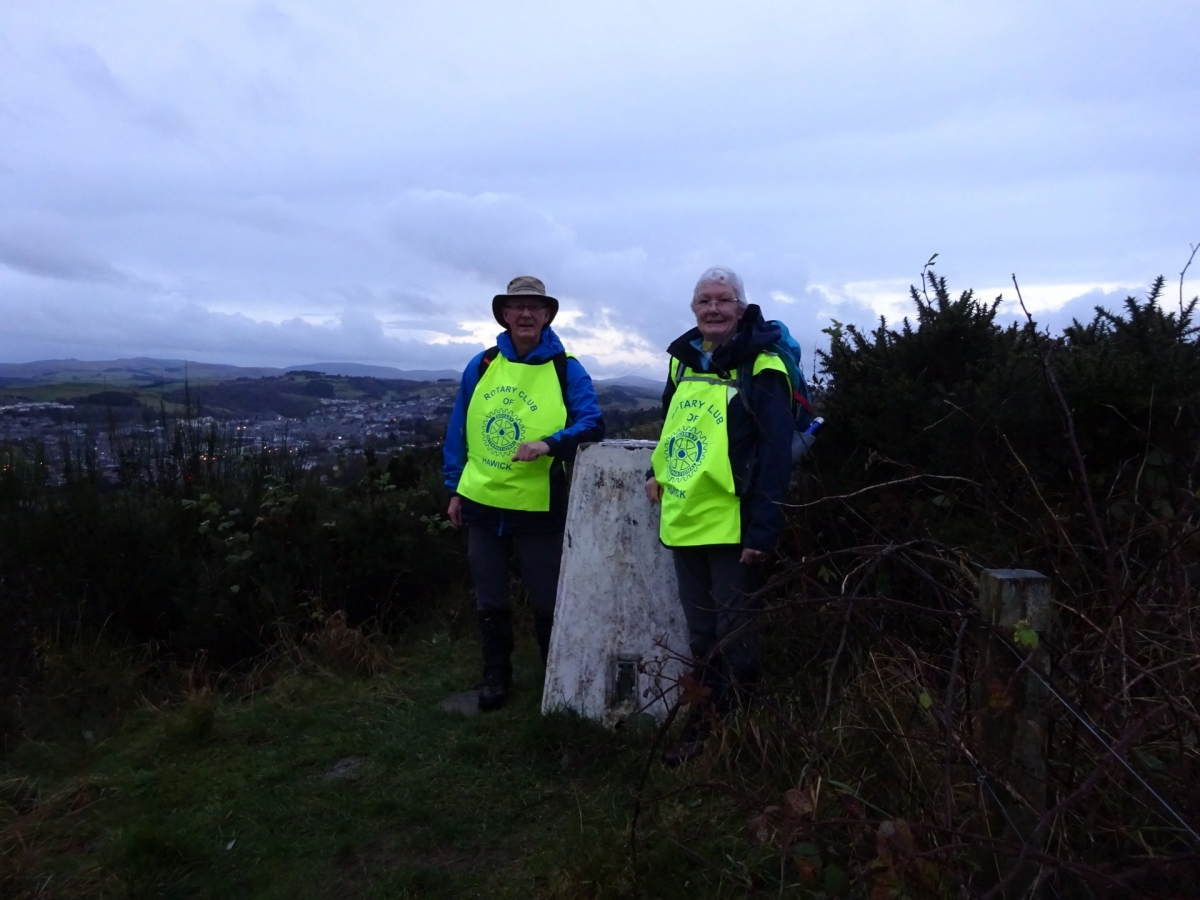 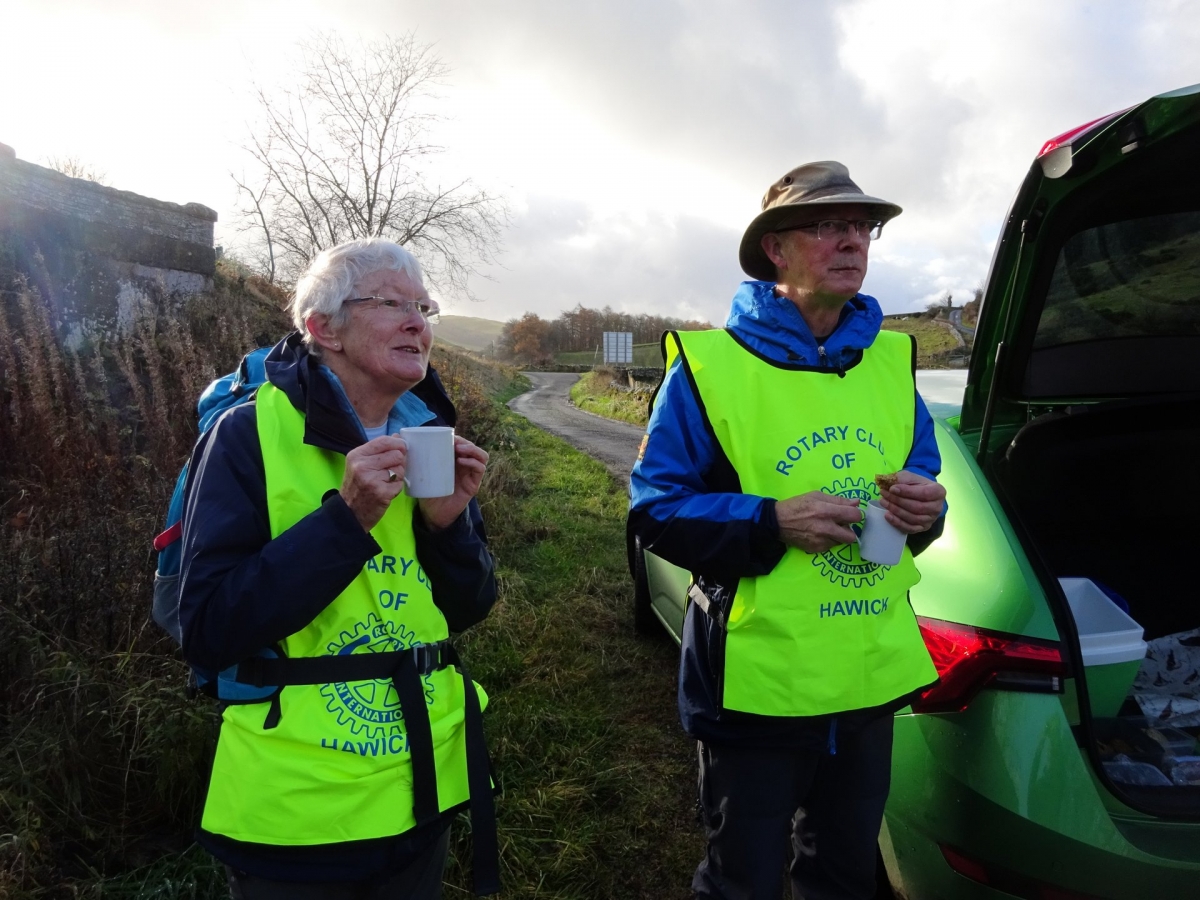 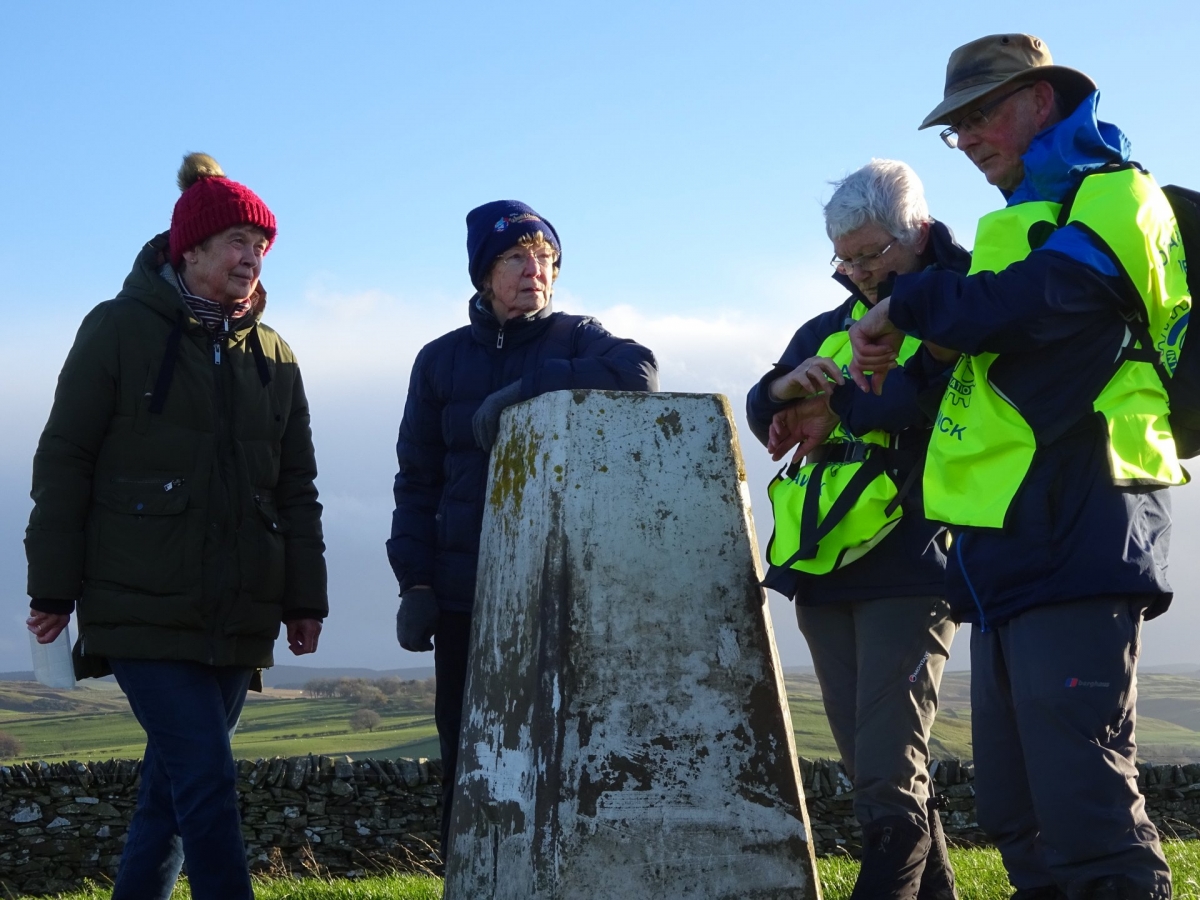 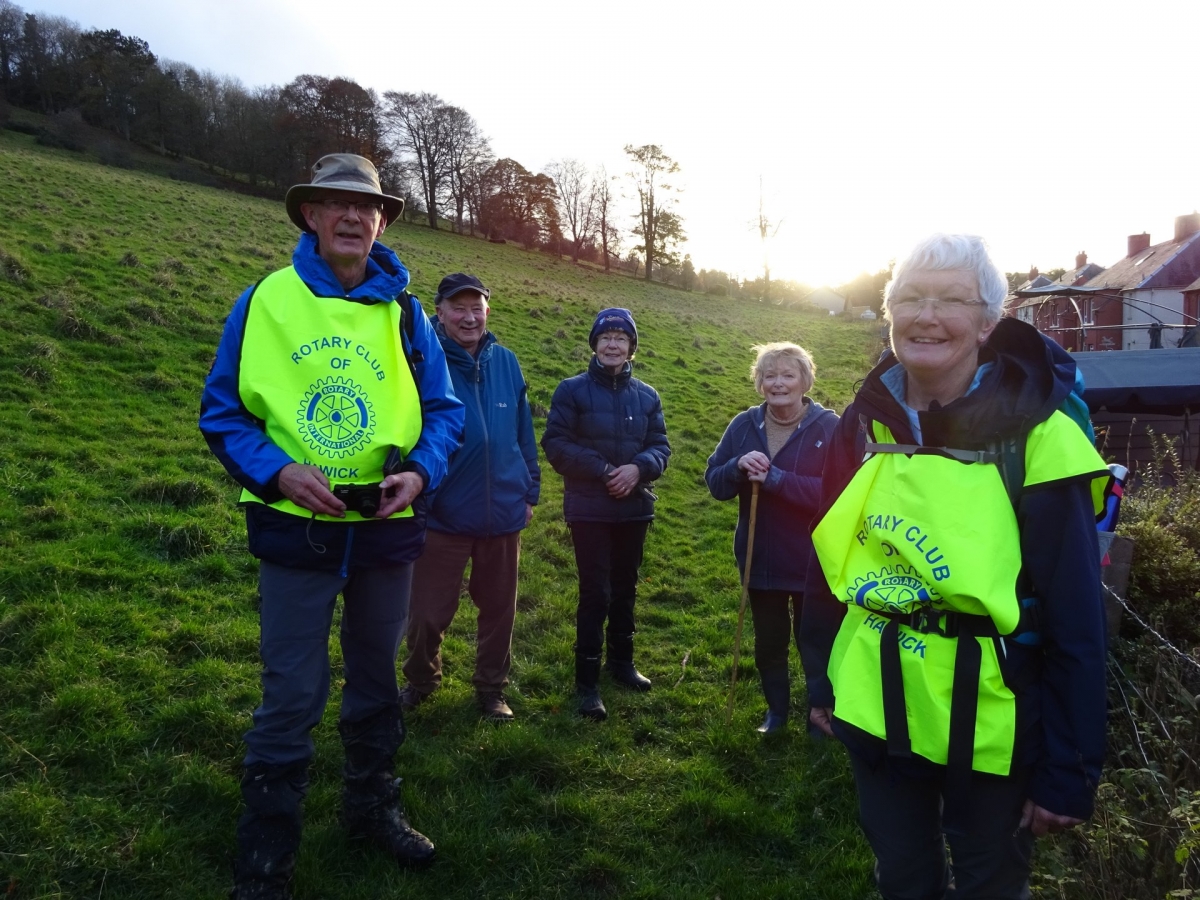 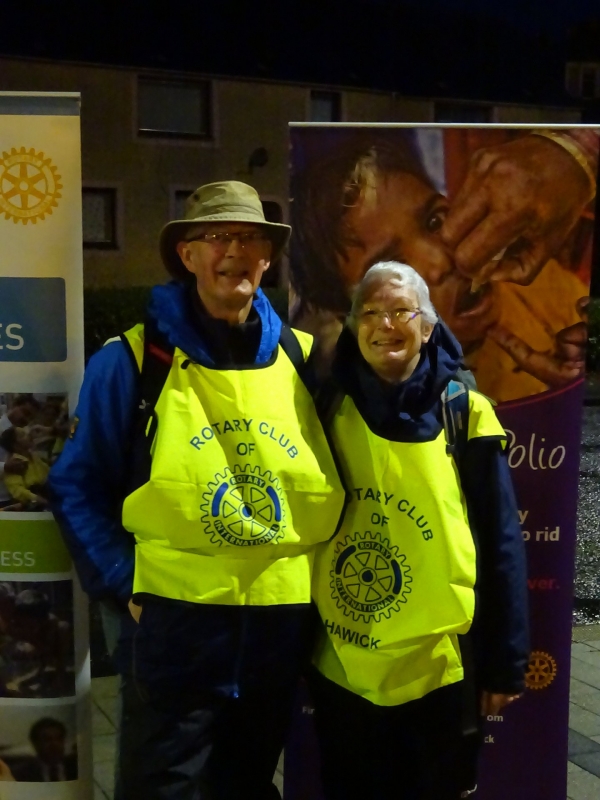 On Friday 13th November, Rotarian Ron Sutherland and his wife Pat undertook a sponsored Seven Trigs Challenge, walking in one day 32 km. between seven trig points, those white pillars on hill tops which are used as the basis for creating maps. Starting and finishing at Mart Street, their route took them to Gala Law, Drinkstone Hill, Wiltonburn Hill, Branxholmpark Hill, White Hill, Hardies Hill and finally to the pillar on the hill behind Mansfield House Hotel. They were joined for stretches of the walk by Gus Neilson, Eileen Smith and Linden and Tony Warburton, and were cheered on at other points by Jim Walker, Sandy & Jane Bannerman and Mairhi Trickett and also by Jim McPherson of the Selkirk Club.

The purpose of the challenge was to raise funds for local charities Act One Youth Theatre, Burnfoot Community Futures and Hawick Congregational Church's Reaching Out Project. The target sum to be raised was £1000, with monies donated beyond that being set aside for the needs of other local groups during this 2020-21 Rotary year.

By the close of Friday 13th, the target amount had indeed been exceeded, and townsfolk and others who still want to recognise Ron & Pat's effort on behalf of the community should visit the Just Giving page at https://www.justgiving.com/crowdfunding/ronald-sutherland-1 or should contact club secretary Ron Smith at secretary@hawickrotary.com

The Hawick Club extends a huge Thank You to Ron and Pat for the planning and the effort which went into this fundraising exercise, especially in this year of Covid 19 which is hampering so many face-to-face activities which could otherwise have raised money.