Worth the wait: Crocuses at Galalaw 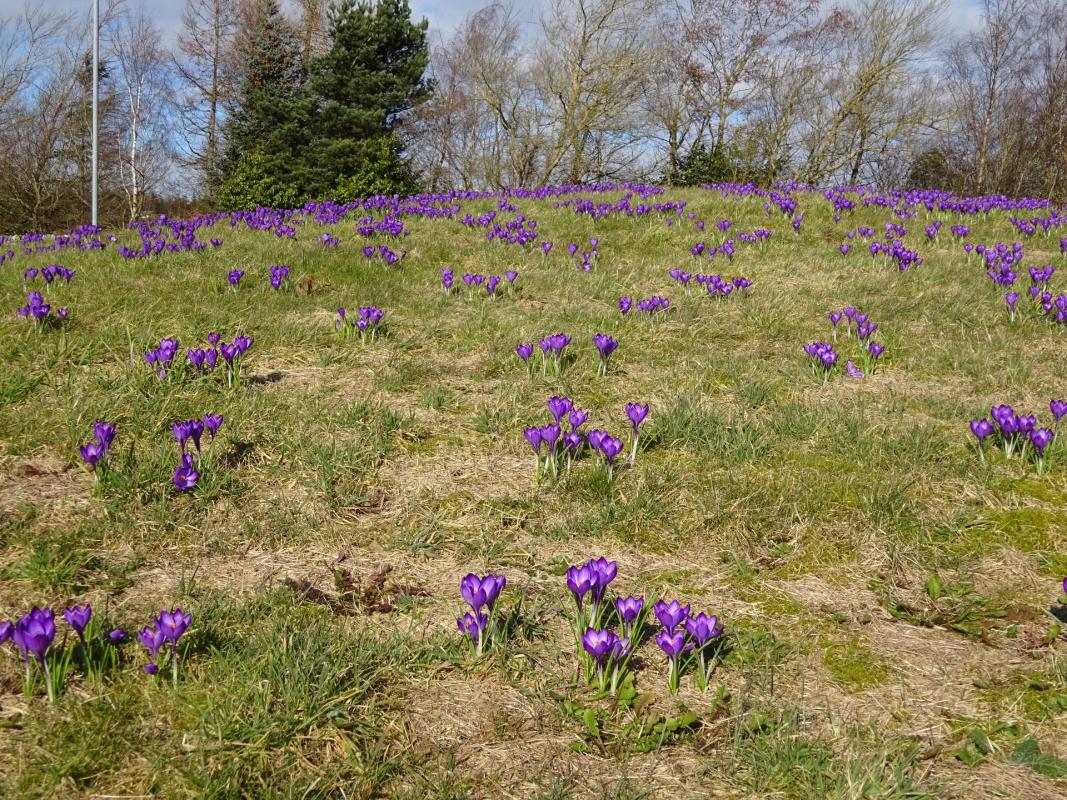 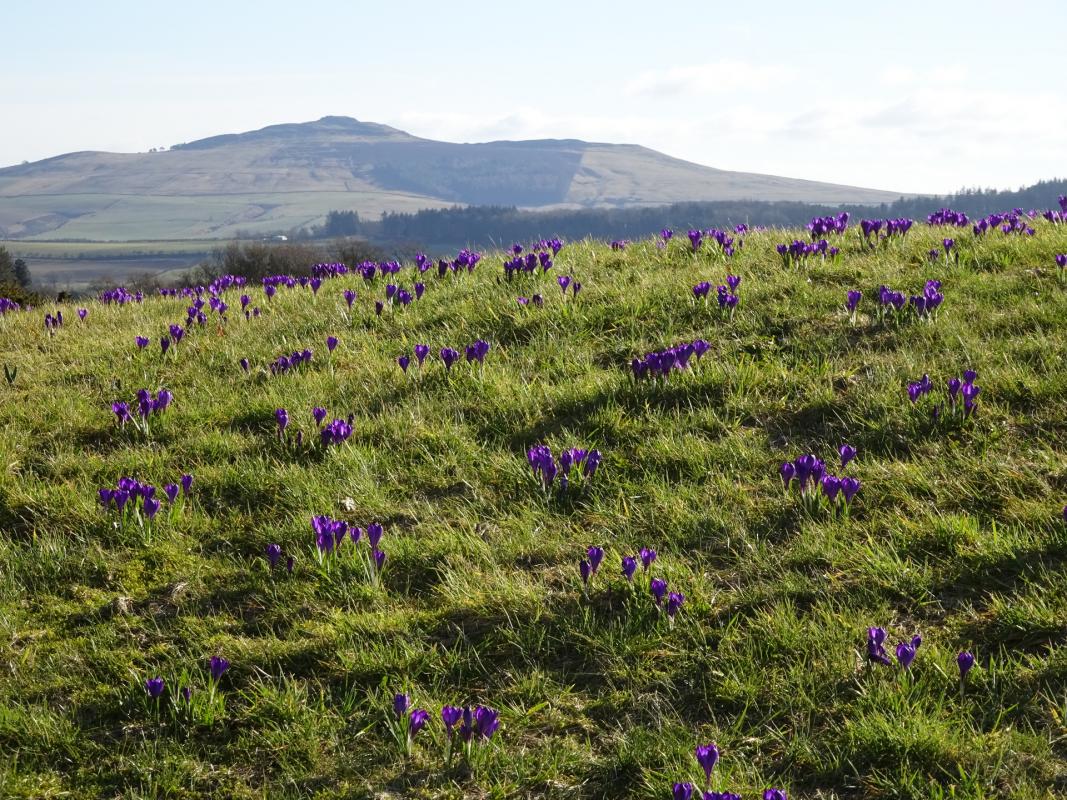 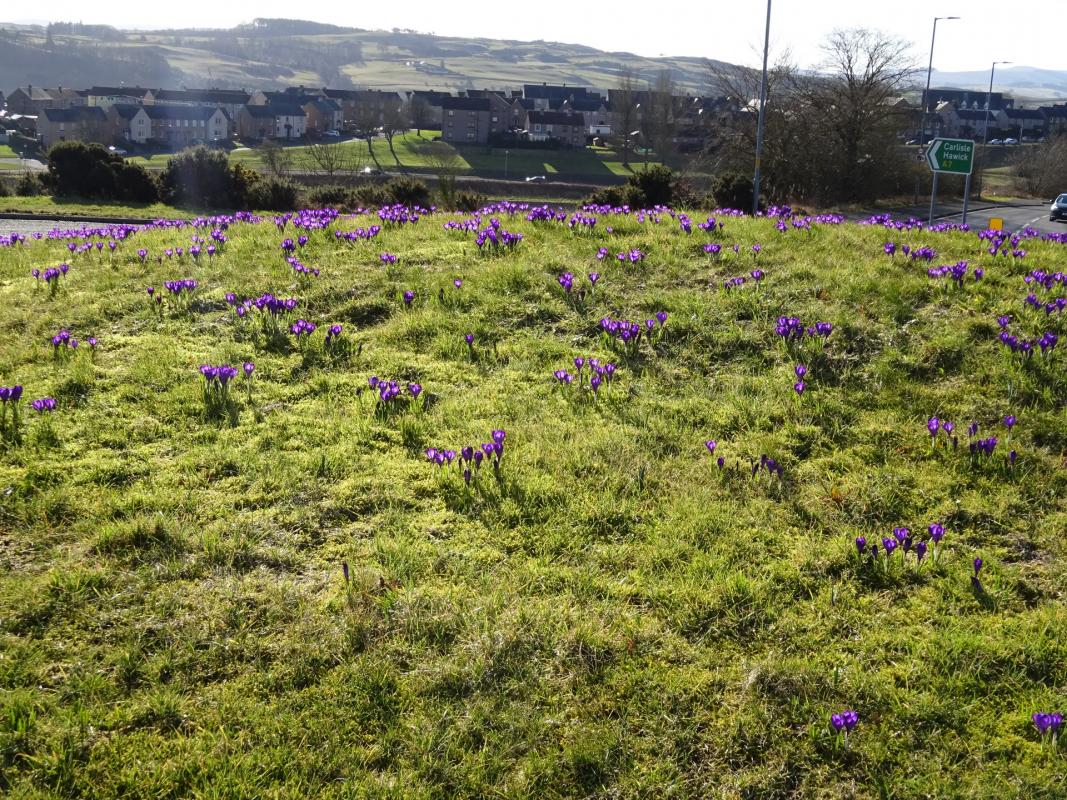 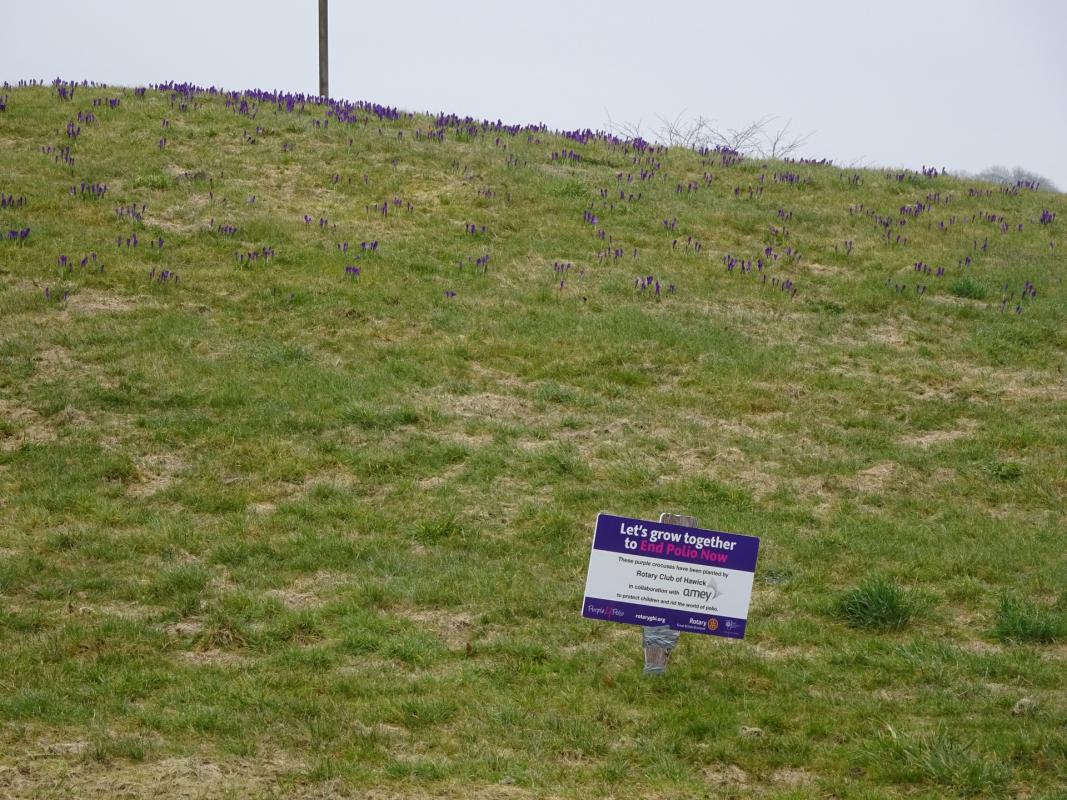 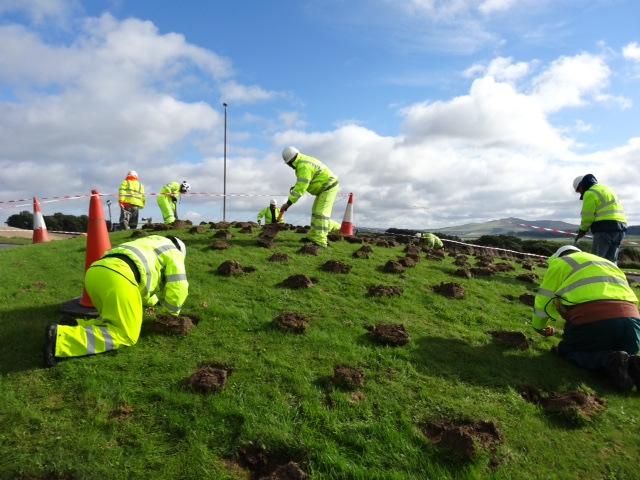 In September 2016, a team of Hawick's Rotarians planted 4000 crocus bulbs on the A7 roundabout at Galalaw, on the northern entrance to the town. They were helped by staff from Amey, the trunk roads contractor.

However, those crocuses have shown very little since then! Maybe the weather was just not right, maybe the bulbs took time to develop, and maybe, just maybe, contractors cutting the grass on the roundabout did so at just the wrong moment.

However: this year we have a beautiful display of purple crocuses atop the domed roundabout. The significance of the flower is that purple crocuses are the symbol of Purple for Polio, the Rotary campaign which aims for eradication of polio worldwide, with support from the Bill & Melinda Gates Foundation.

Hopefully, this is just a sign of things to come in future years. Those flowers should bloom for decades. A reminder of Purple for Polio!