This was a free event open to all in Egerton Park. A competition to build and launch a sailing vessel measuring a maximum of 50cms long, wide and high using materials normally discarded and which was open to all ages. 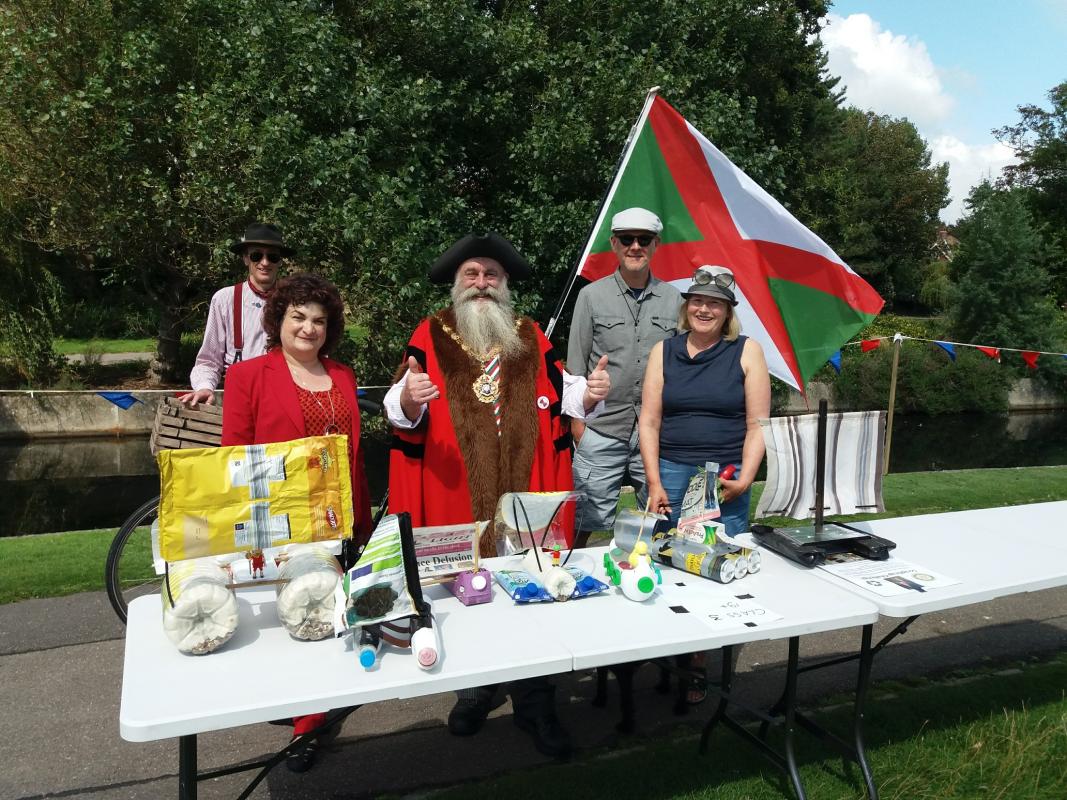 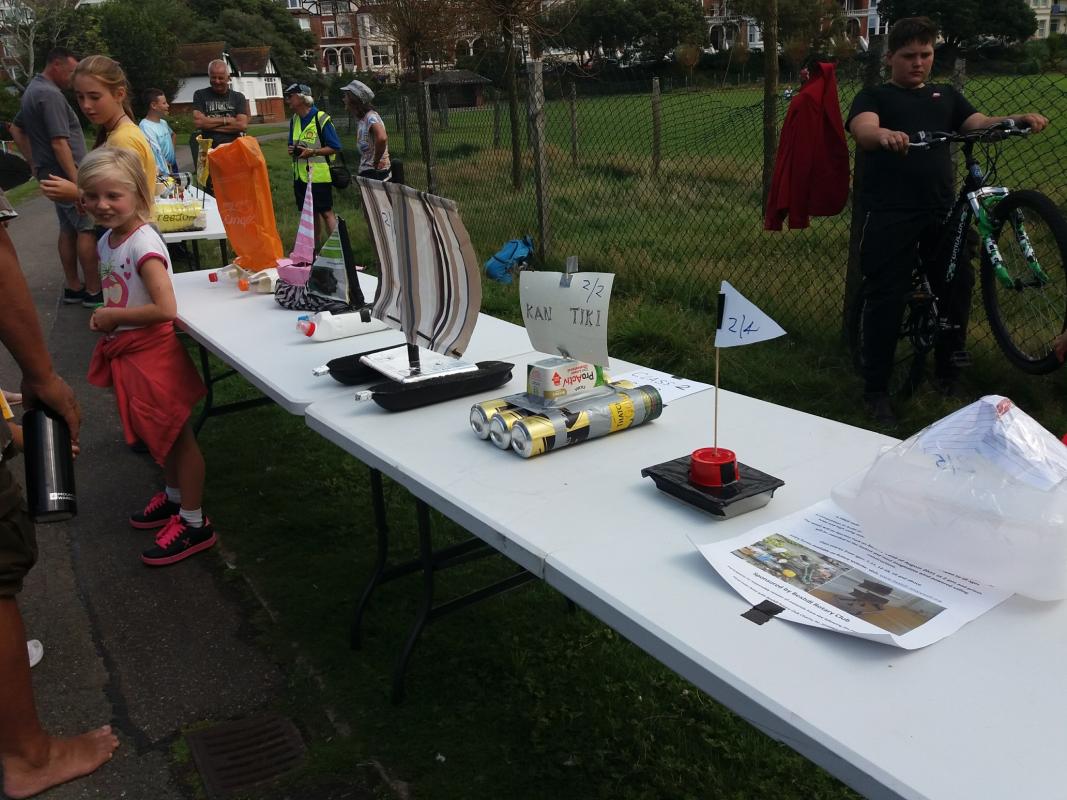 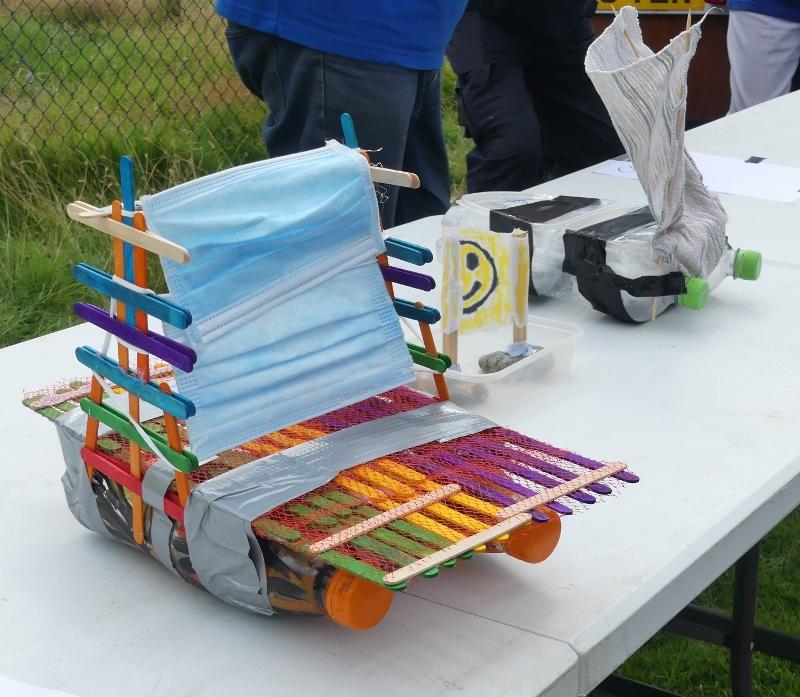 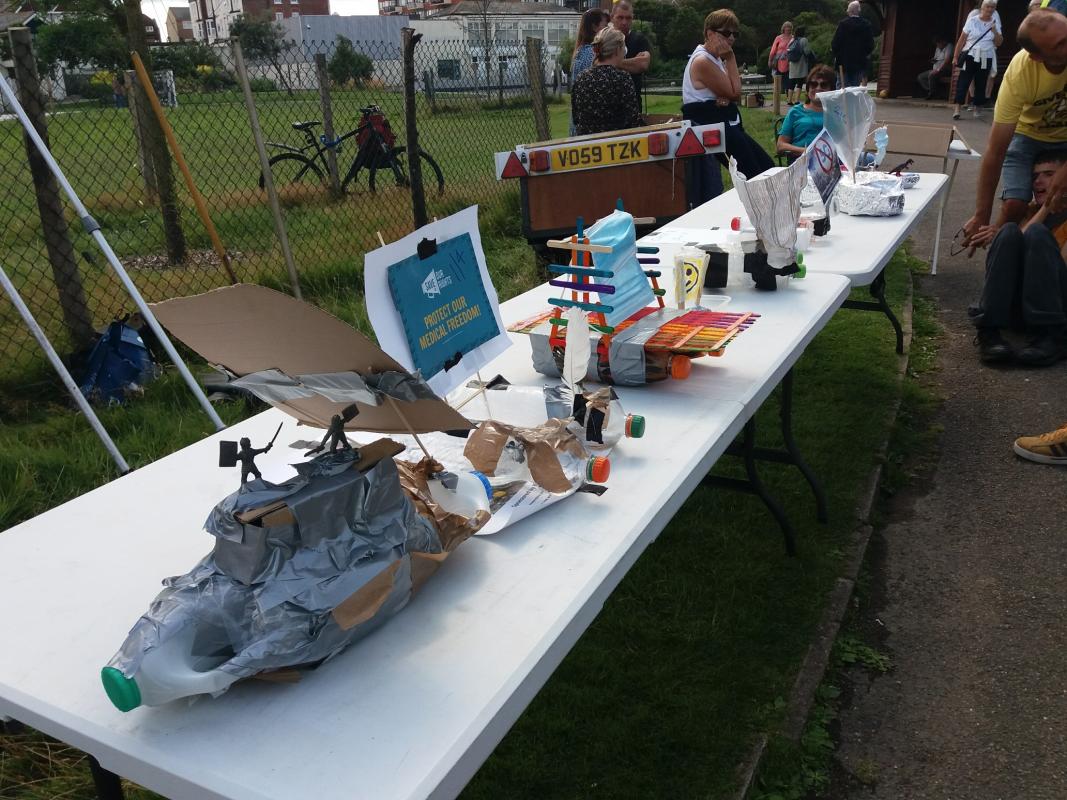 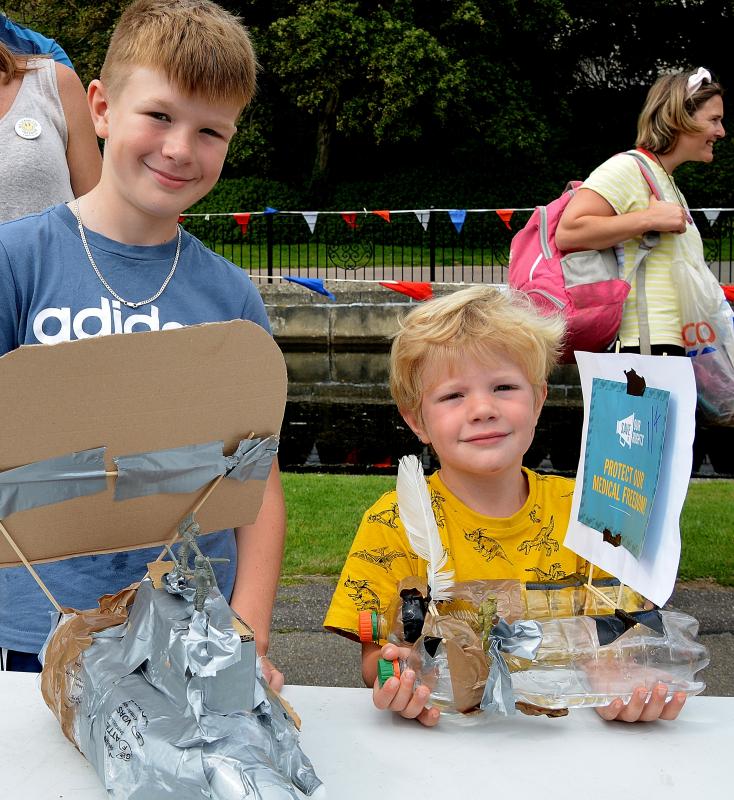 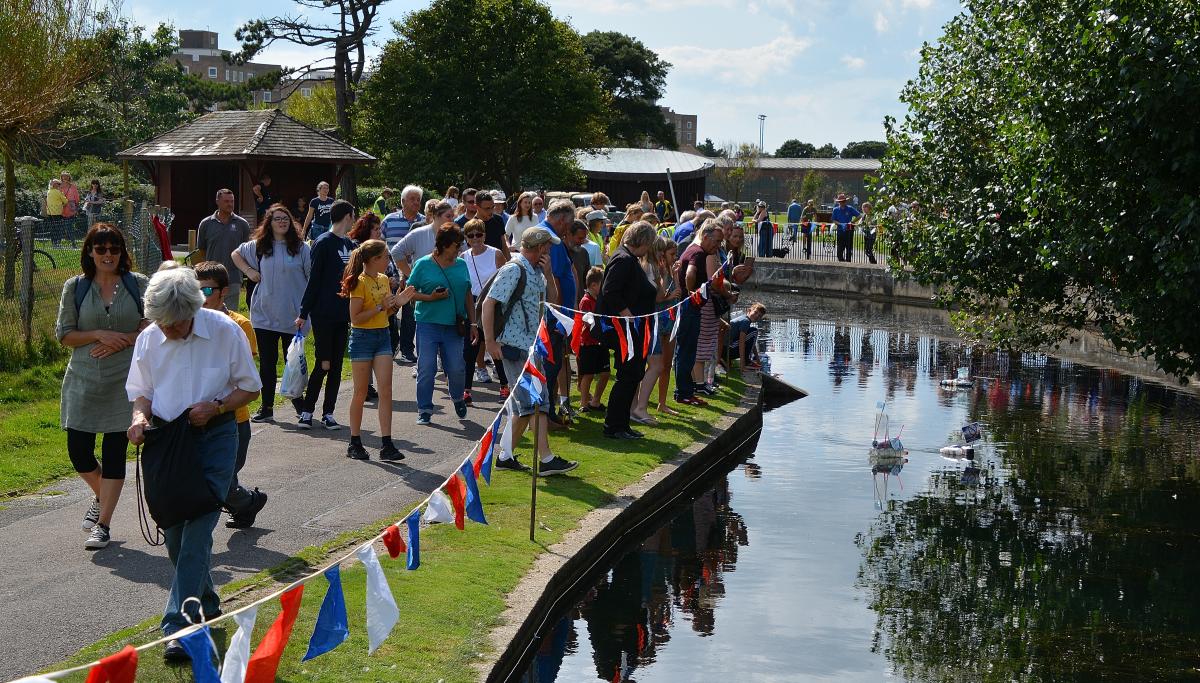 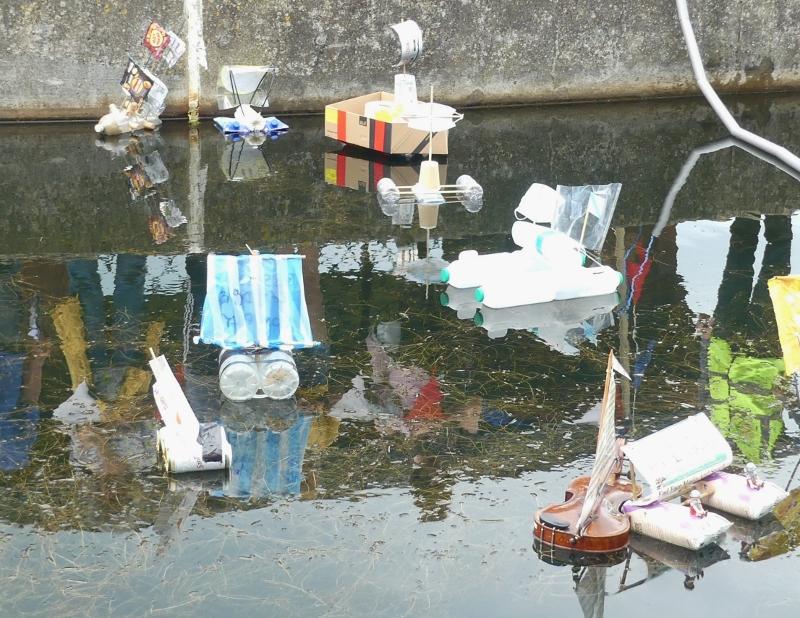 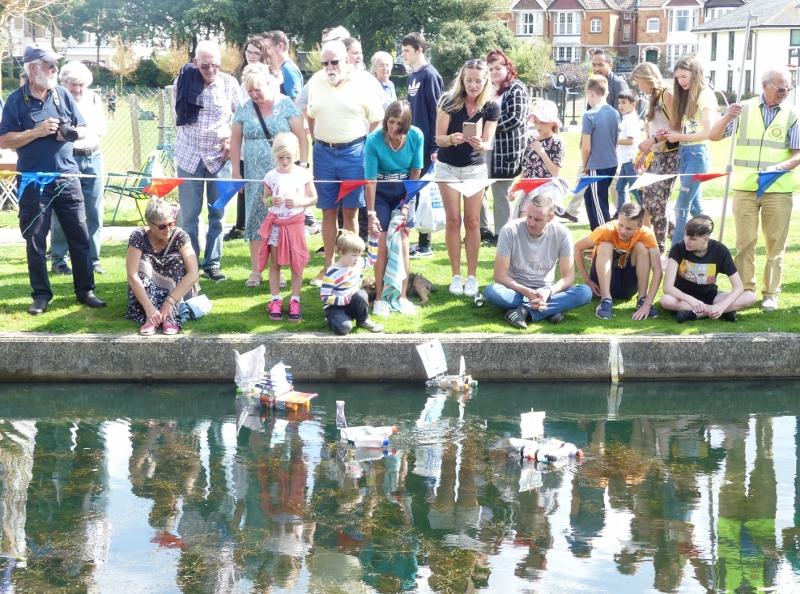 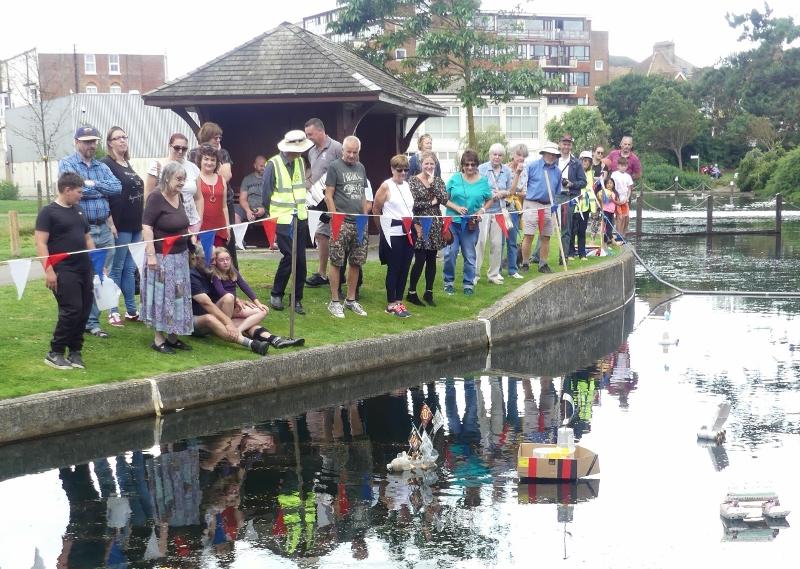 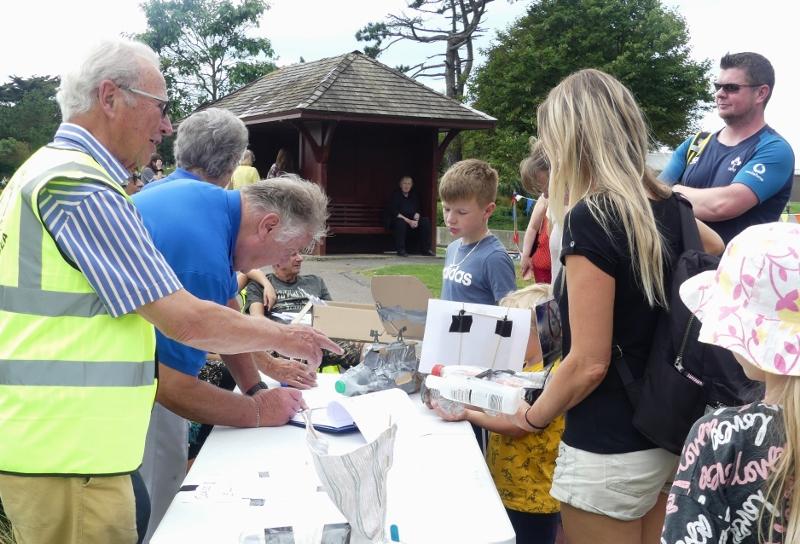 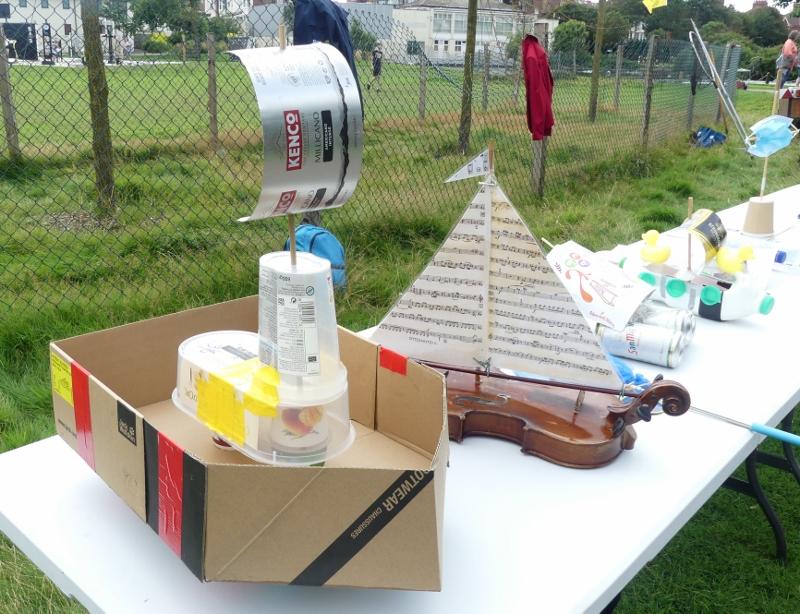 Prizes were awarded to the fastest and most imaginative wind powered sailing constructions.

BEXHILL Rotary Club threw down the gauntlet with a Scrapheap Challenge and creative entrants young and old responded imaginatively.

As a result the stretch of water between Egerton Park’s two lakes bore an eclectic variety of miniature sailing craft on Sunday afternoon.

Their progress was watched from the banks and from the footbridge beneath which was the finishing line by a large crowd.

There were sails with “freedom” messages, hulls with more baking foil than a Christmas turkey. There were catamarans and trimarans, something akin to a sailing u-boat and a monster with a Sainsbury’s plastic bag for a spinnaker.

The Scrapheap Challenge was the brain-child of club Past President Peter Mitchell-Davis. The free-to-enter event was aimed at encouraging both inventiveness and care for the environment by recycling rubbish into fun sailing craft.

Entries by age group were judged both for both innovation and quality of construction.

After Past President Mitchell-Davis had presented class winners with their certificates a brisk south-westerly wind bore the craft past the cheering spectators.

Was the event a success?

A request for “another one next year” answered that point.

Float your boat with Bexhill Rotary Club Charity No 1026868