Stuart McVey describes the exciting flight he and Elspeth enjoyed with George Ritchie and his wife Caroline. On 24th June they few from Rochester Airport to the Isle of Wight. 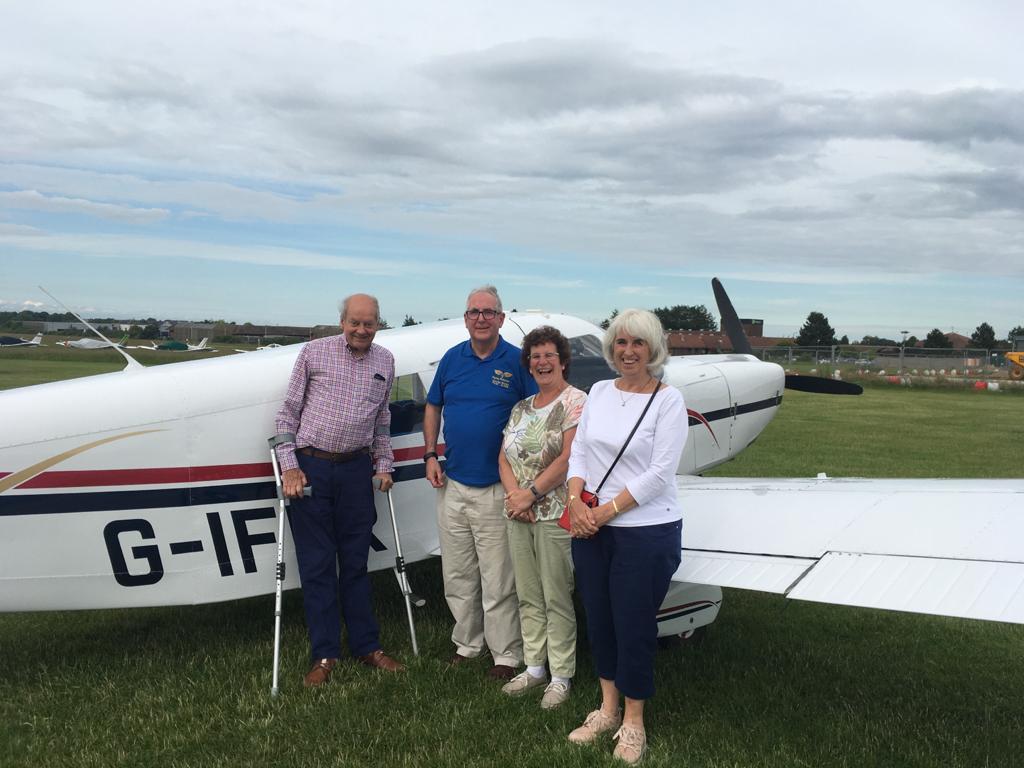 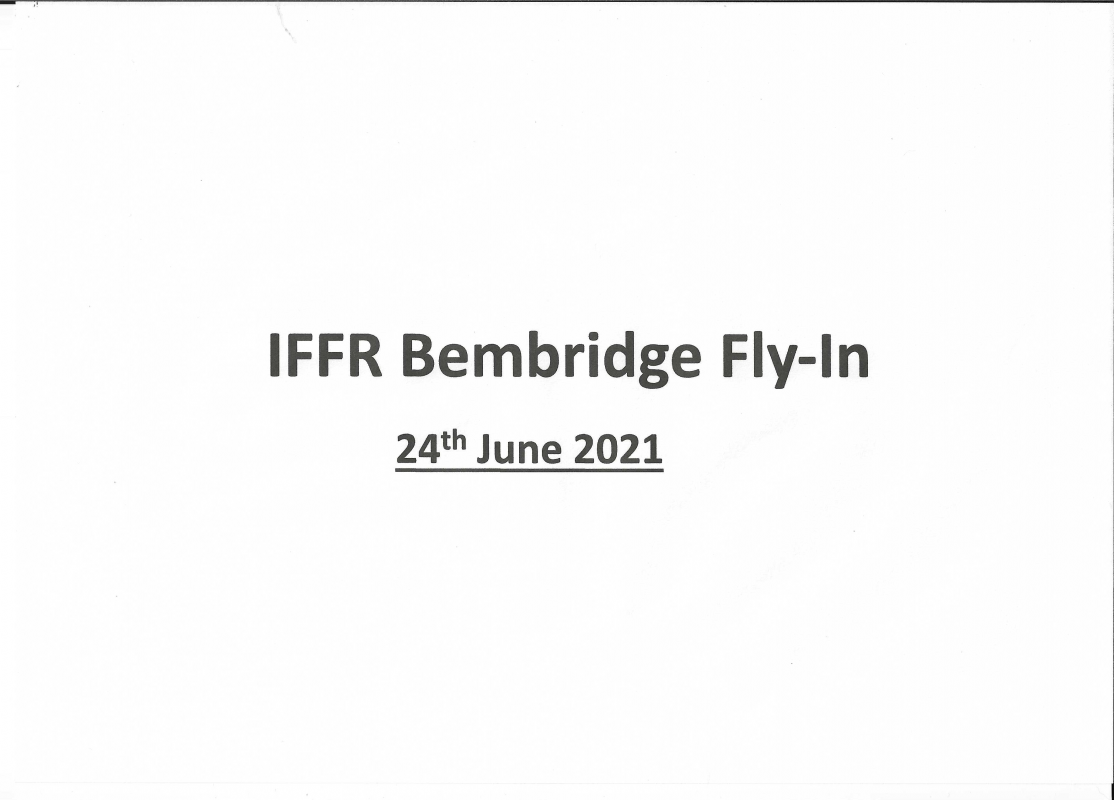 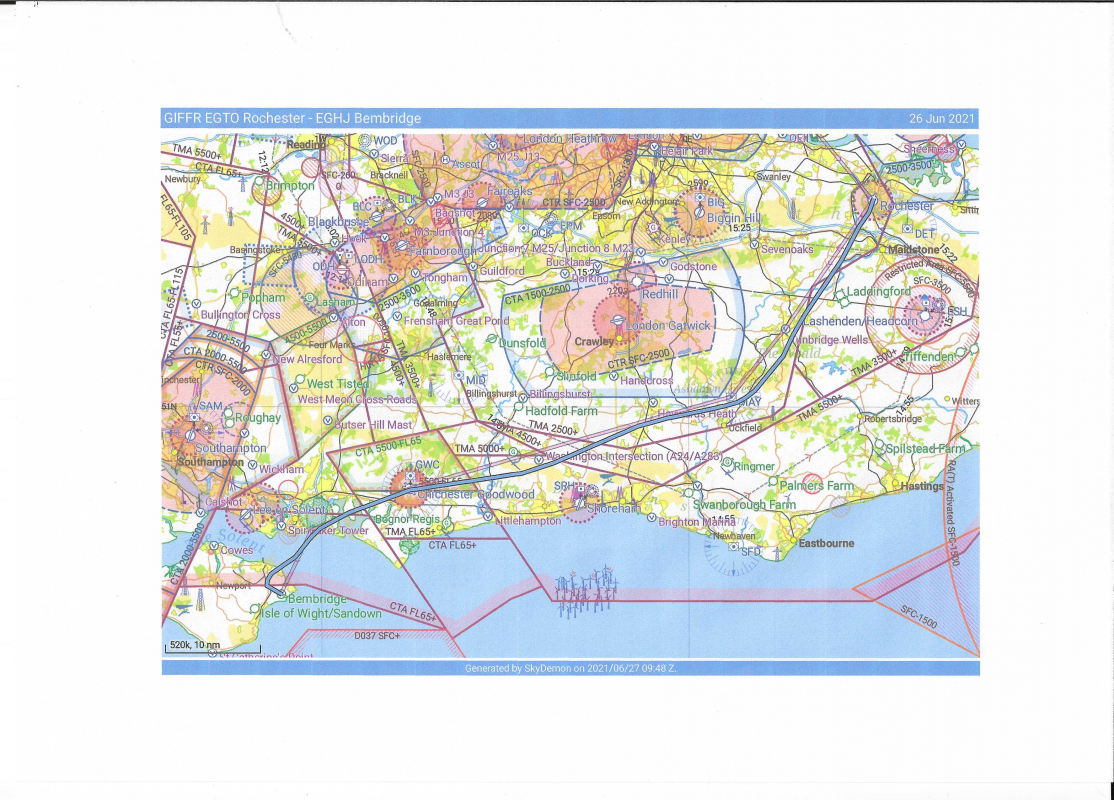 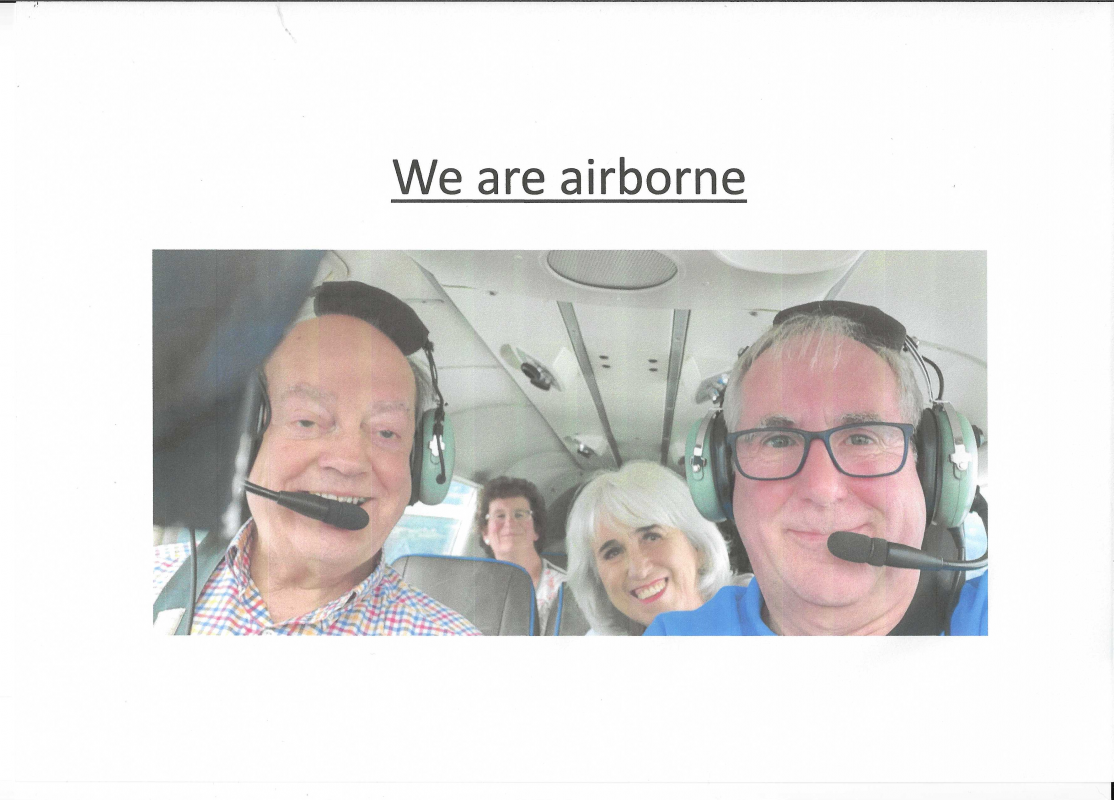 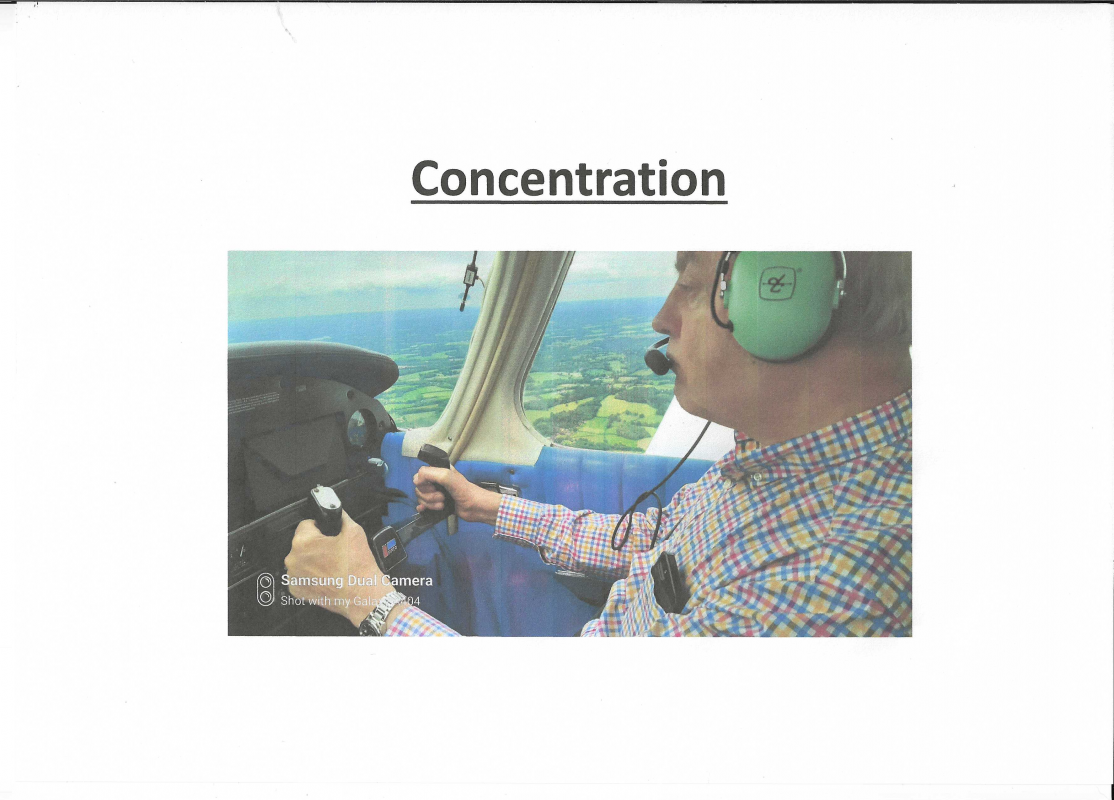 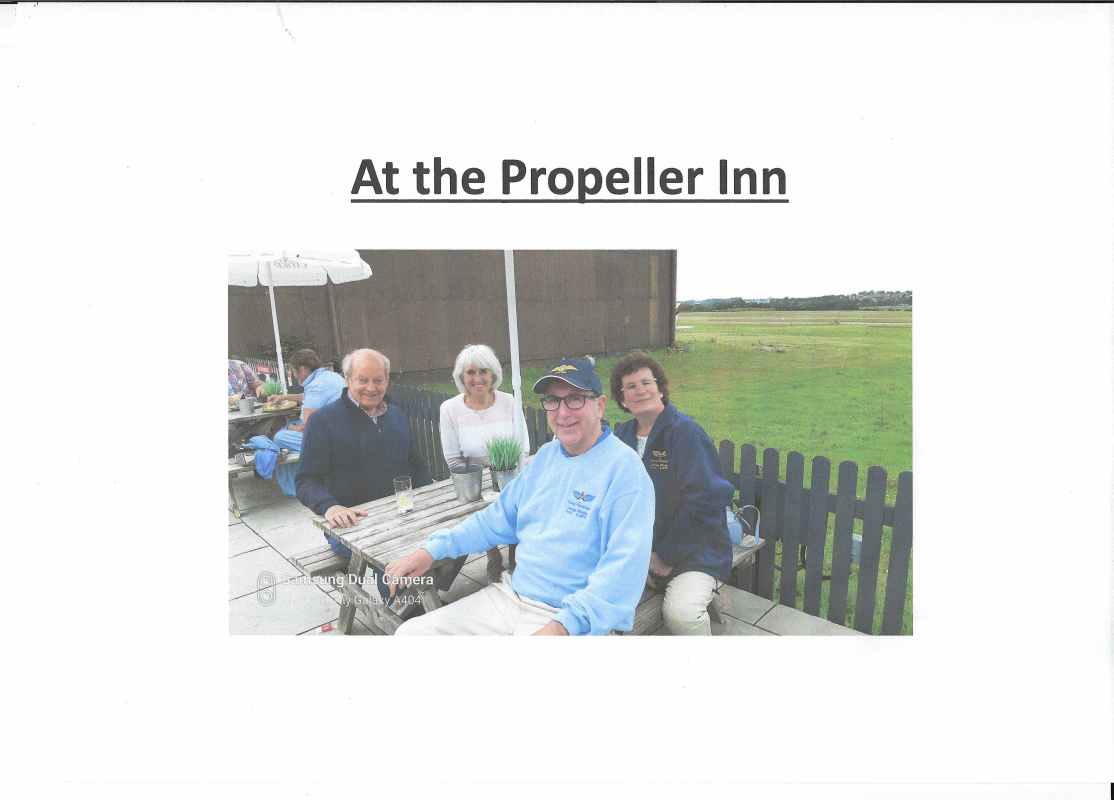 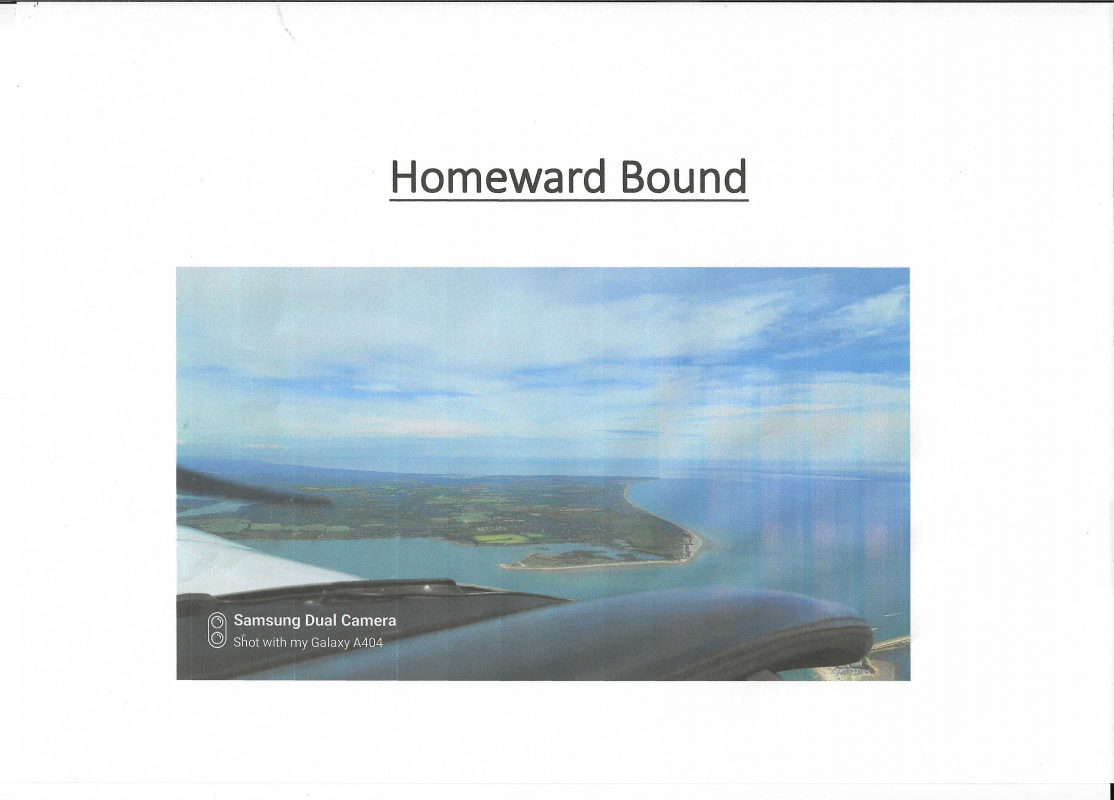 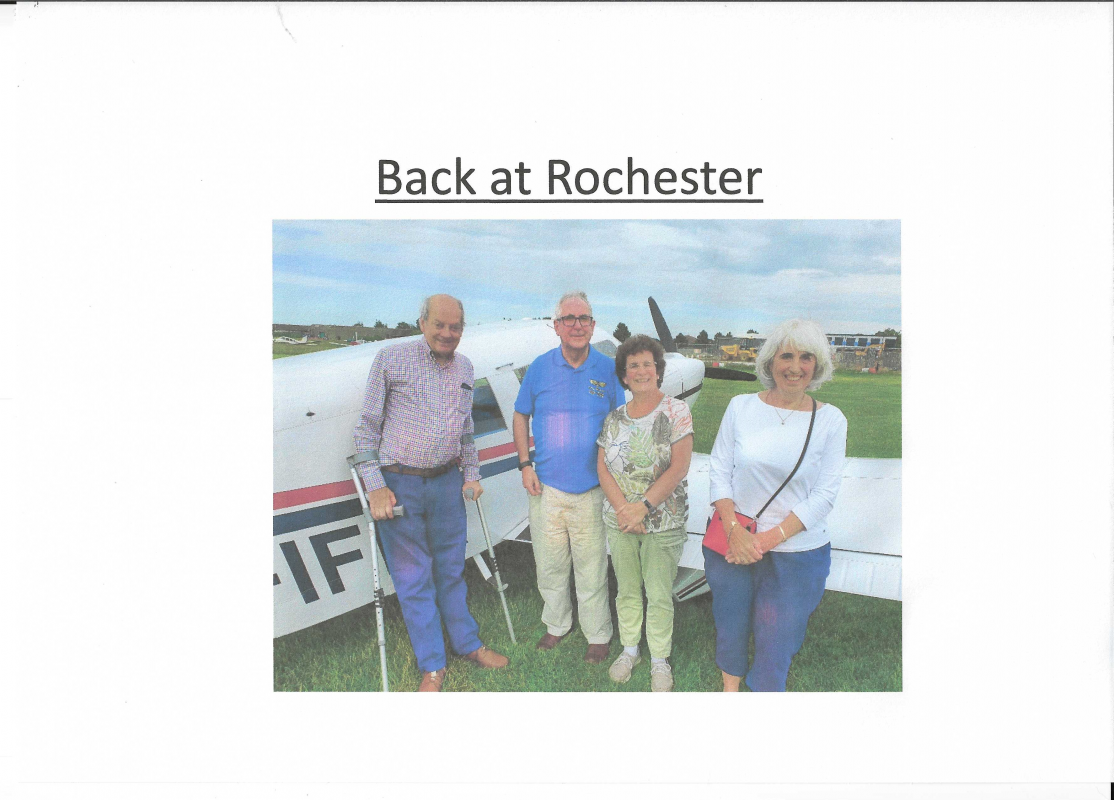 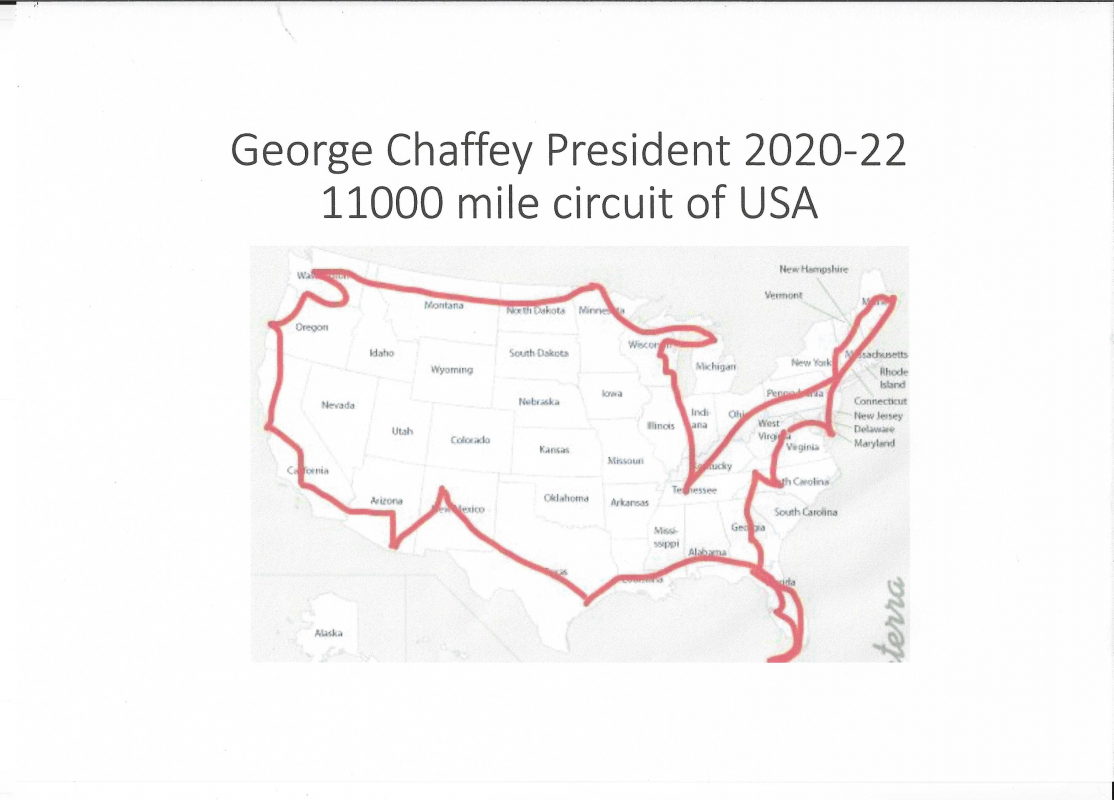 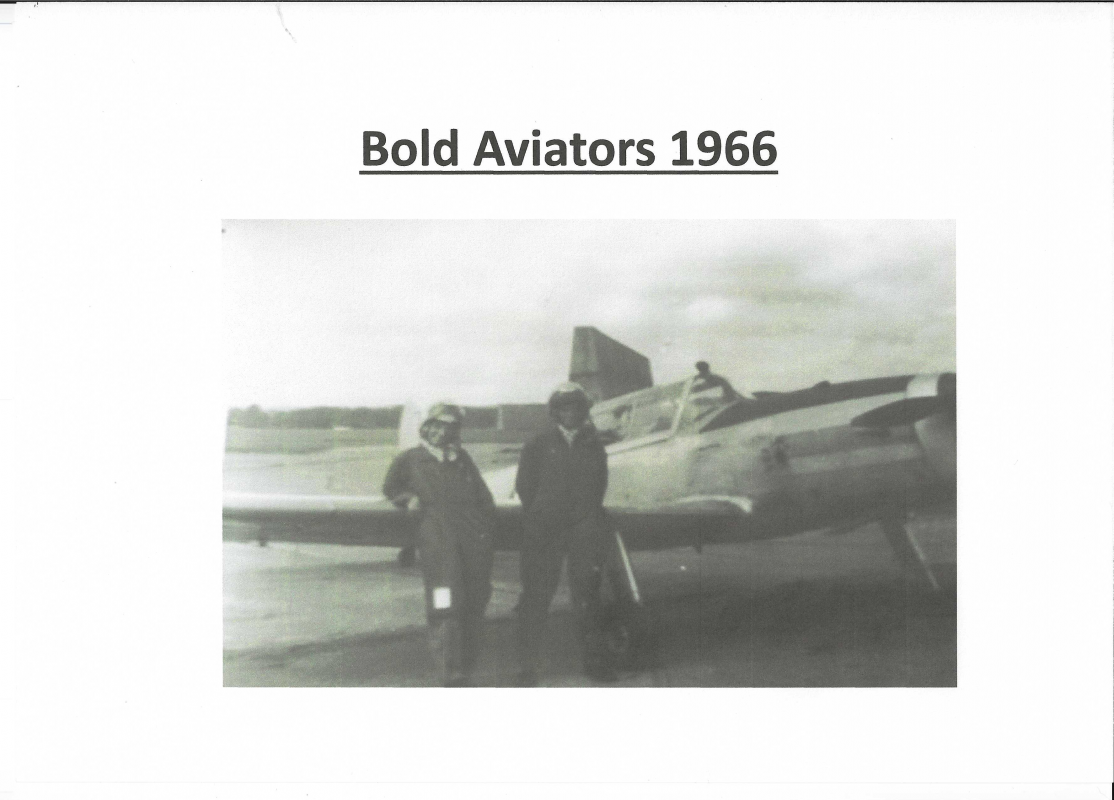 Last September George Ritchie was our speaker at a combined meeting of the Cinque Ports Rotary Clubs. I had the pleasure of introducing George and managed to include the fact that I am a non flying member of the IFFR. His illustrated talk on a fight he and Caroline made to Finland was thoroughly enjoyed by everyone, with his quote “The plane doesn’t know it is flying over water, but I do” being often recalled.

George subsequently invited me to accompany him on a flight when weather (and Covid) conditions permitted; I eagerly accepted but then had to temper this by saying that I am disabled and worried that a) I wouldn’t be able to climb onboard and b) that I could be a safety risk. George seemed undaunted by this and told me he would get me onboard somehow.

Spring arrived and George invited my wife, Elspeth, and I to attend the Bembridge Fly-In on 24th June this year. The plan was that George and Caroline would fly in to Rochester Airfield, collect Elspeth and I, and continue to Bembridge. Although we waited at Rochester in clear weather George was delayed by low cloud north of the Thames for a couple of hours. The staff at Rochester were exceptionally friendly and kindly allowed us to park very close to the Control Tower giving us a grandstand view of the action on the airfield.

I admit my concern about getting into the cockpit was mounting but when George and Caroline arrived they had devised a plan, demonstrated by George whereby he sat on the foot pad of the wing, slid up on his posterior then swung his legs round into the cockpit and used his arms to transfer on to the seat – simple! I followed his example and was soon into the right hand seat, was I delighted and relieved.

We were soon airborne flying to the east of Tunbridge Wells and the Gatwick controlled airspace, over Goodwood race circuit and on to Bembridge. A moment of nostalgia between Goodwood and Chichester as I realised that somewhere below was RAF Tangmere (or the site of) where I first flew solo on summer camp as a member of St Andrews University Air Squadron. The year was 1966.

The Propeller Inn is right on the perimeter of Bembridge Airfield, this was the venue for the meeting and lunch. With great attention to detail George had arranged permission to taxi beside the fence  so that I would have a very short distance to walk to the pub garden.

Lunch and chats with other members and we were homeward bound again using George’s patented access procedure.

Joining the circuit at Rochester and landing again brought back happy memories of landing at RAF Leuchars, which was also home to two squadrons of Lightnings and one of Javelines in addition to our five Chipmunks.

Finally, a photocall and wave goodbye as George and Caroline returned to Duxford.

Elspeth and I had a truly happy and incredibly enjoyable day and we thank George and Caroline for making it such a memorable one. 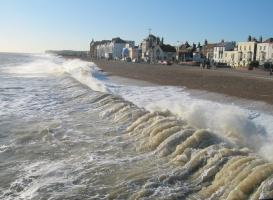 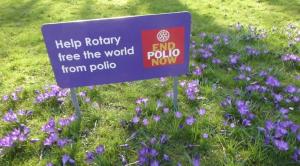