This is the third of our alternative format meetings and it was held at The Inn at Charlestown. 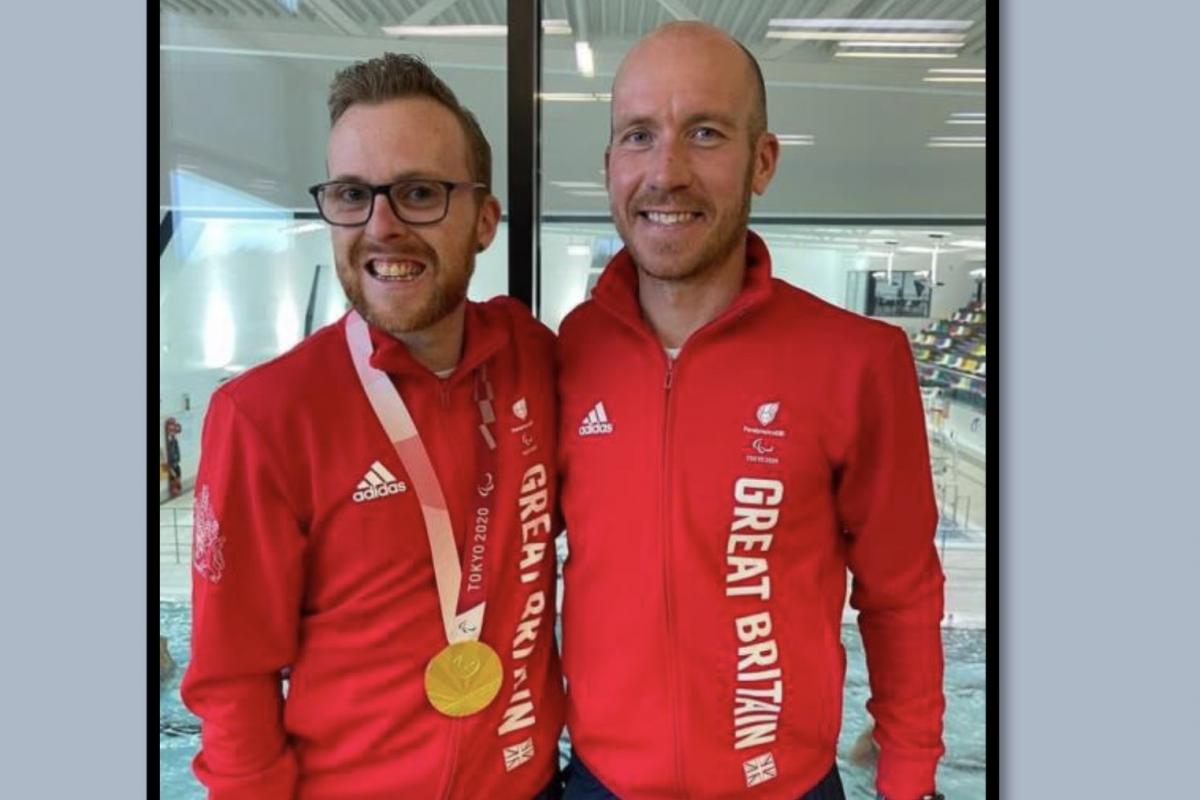 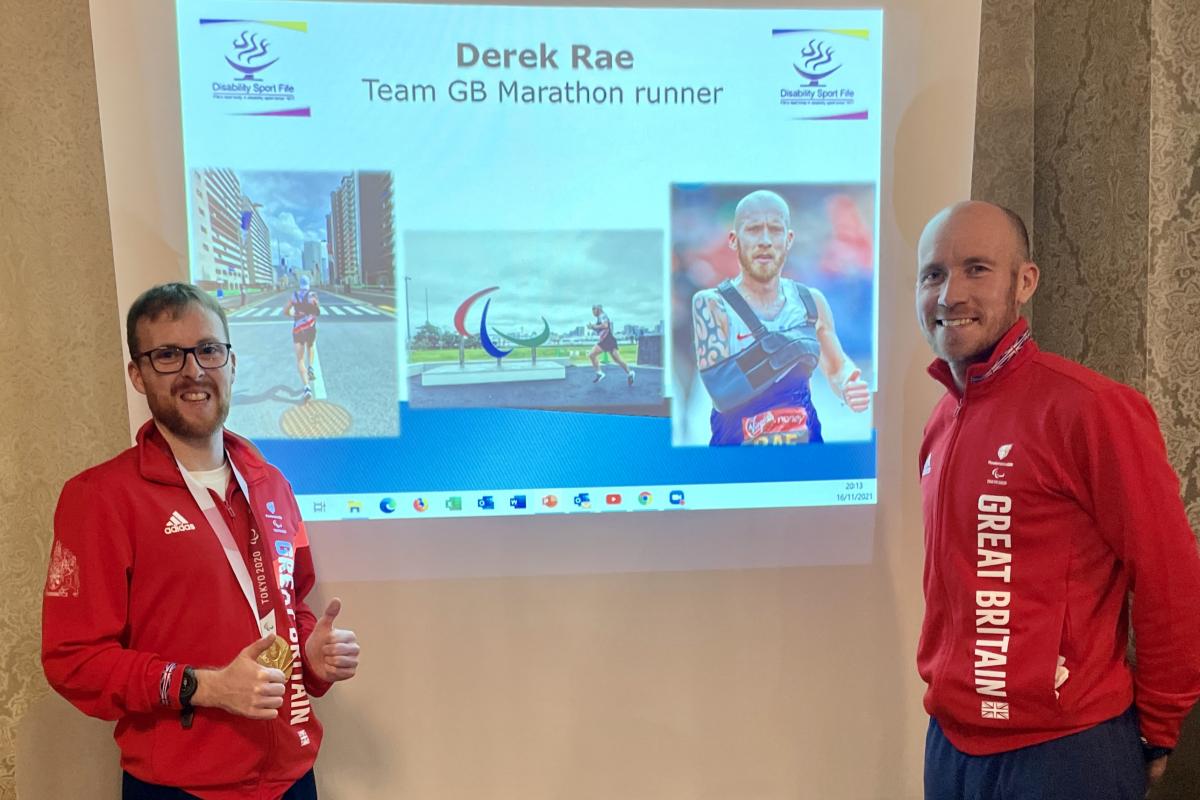 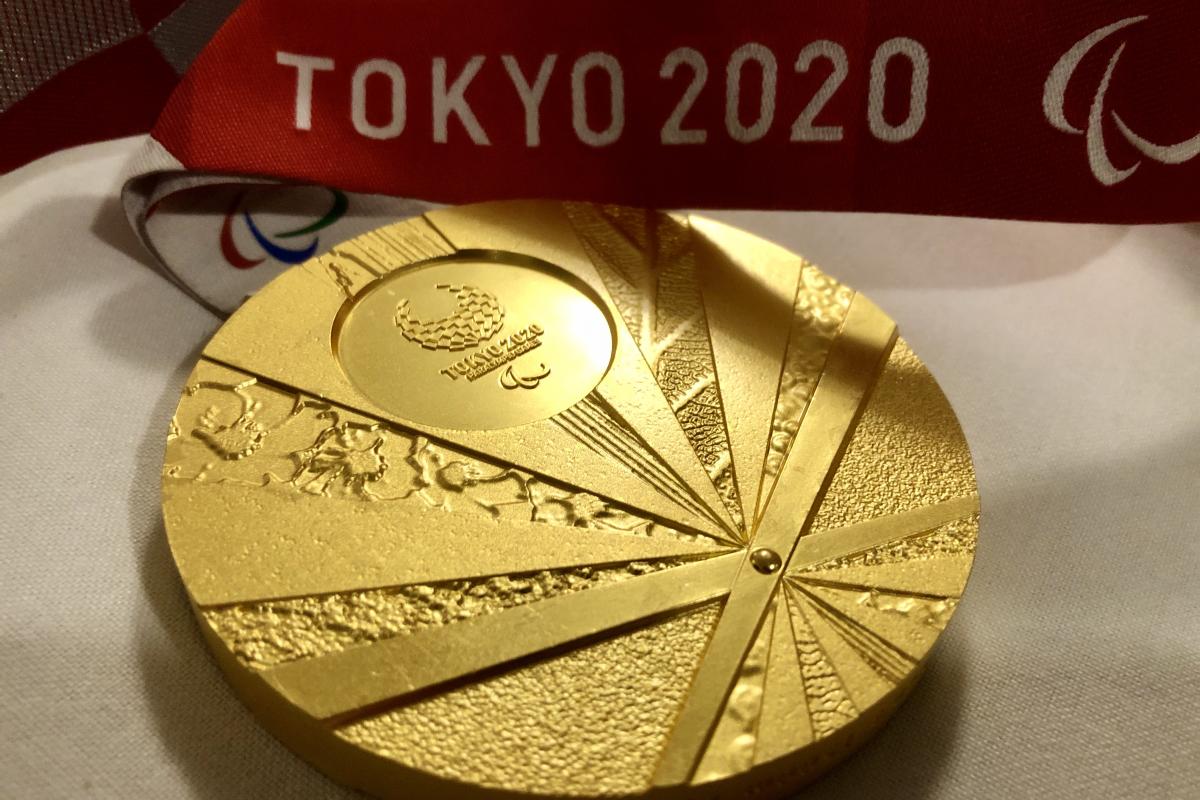 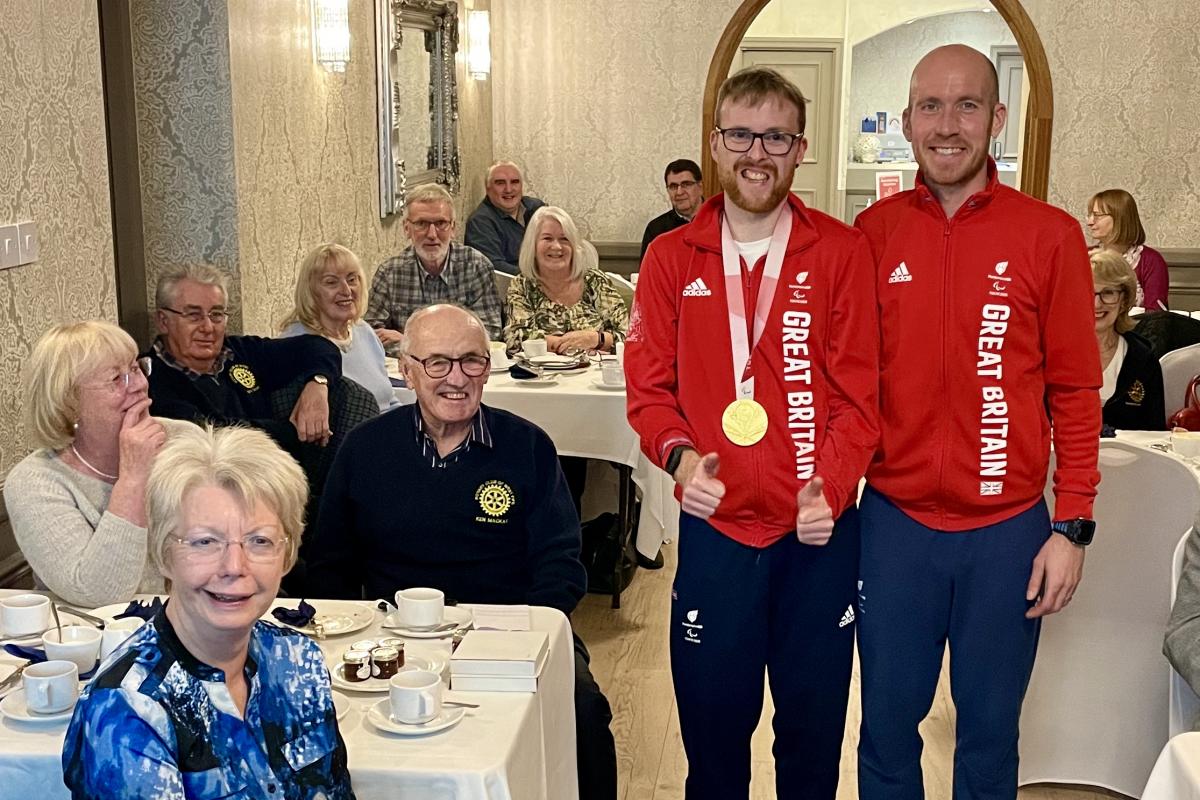 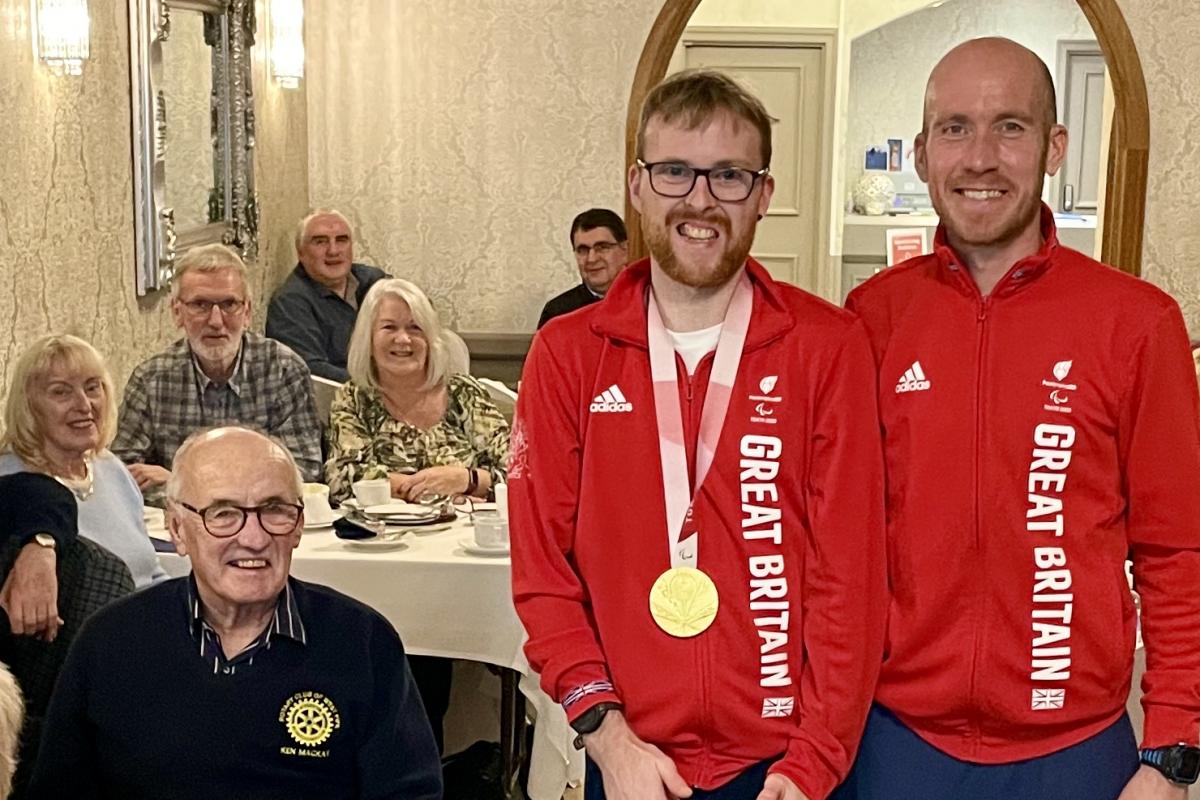 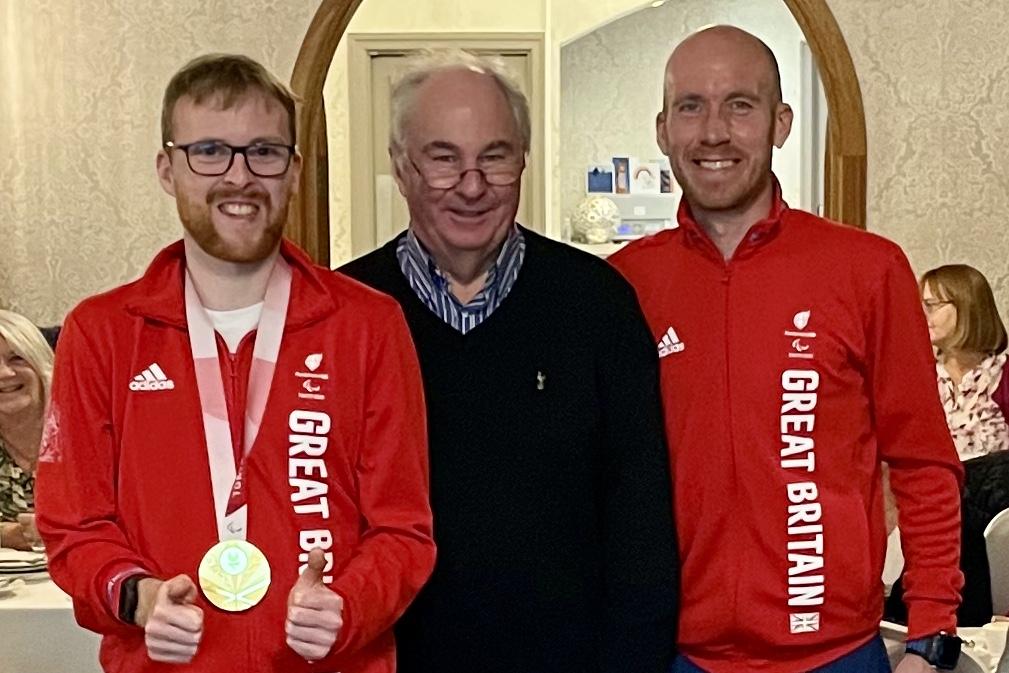 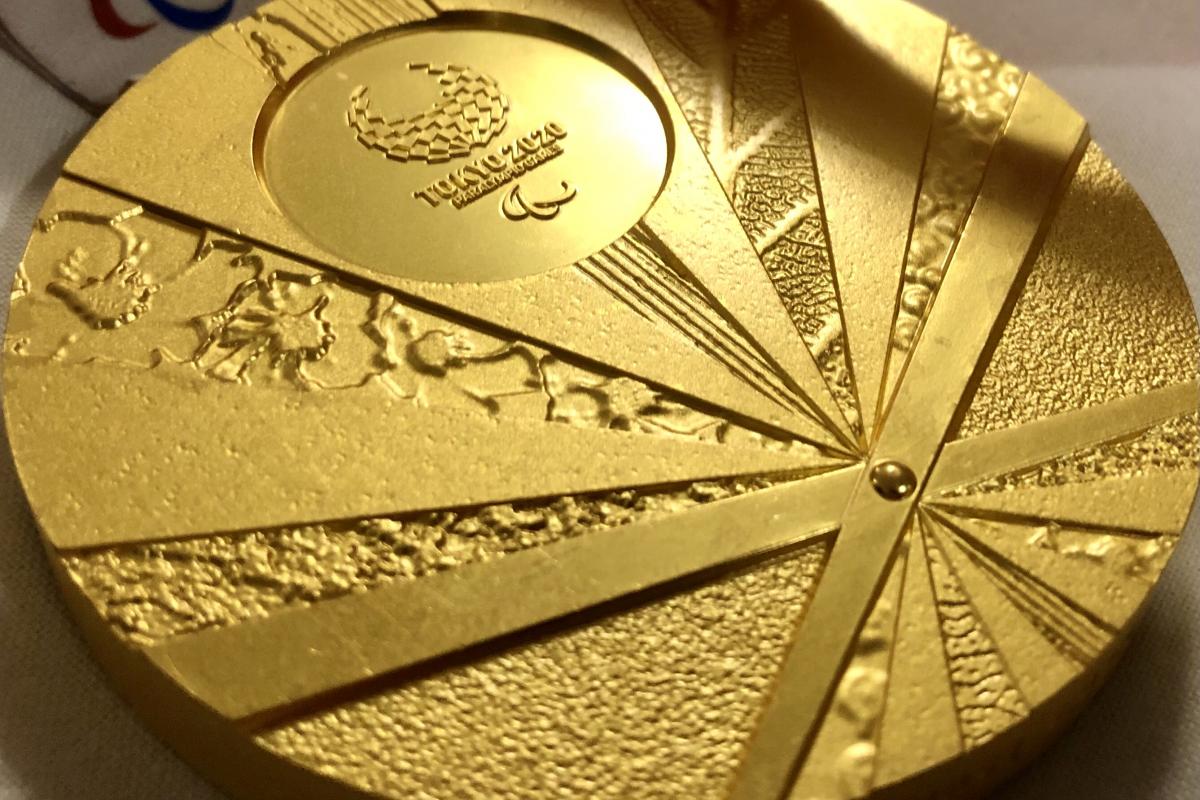 For this rather special meeting members were joined by partners to meet two local heroes, competitors at the Tokyo Paralympic Games earlier this year, Derek Rae and Owen Miller.

Derek finished an amazing ninth in the T46 Marathon in a season’s best time of 2 hours 47 minutes. The Fife AC athlete has had a difficult year with injuries but is definitely on his way back to his peak after doing a lot of his training in his garage! Derek is a highly respected peer mentor for many other aspiring athletes and regularly contributes to sessions at local DSF Run, Jump and Throw sessions and at his athletics club, Fife AC.

Owen has been involved in Para athletics since the teaching staff at Woodmill High School introduced him to the Disability Sport Fife cross country and track and field programmes. After training with Dunfermline Track and Field for a time, he later became a member of Fife AC and is highly regarded as a committed and dedicated athlete.

Owen ran an unbelievable race in the highly competitive 1500m T20 to take the gold medal in 3 minutes 54 seconds. Like Derek, Owen has always been a terrific role model for emerging young athletes and has already dominated middle distance running for a decade. Watch the race 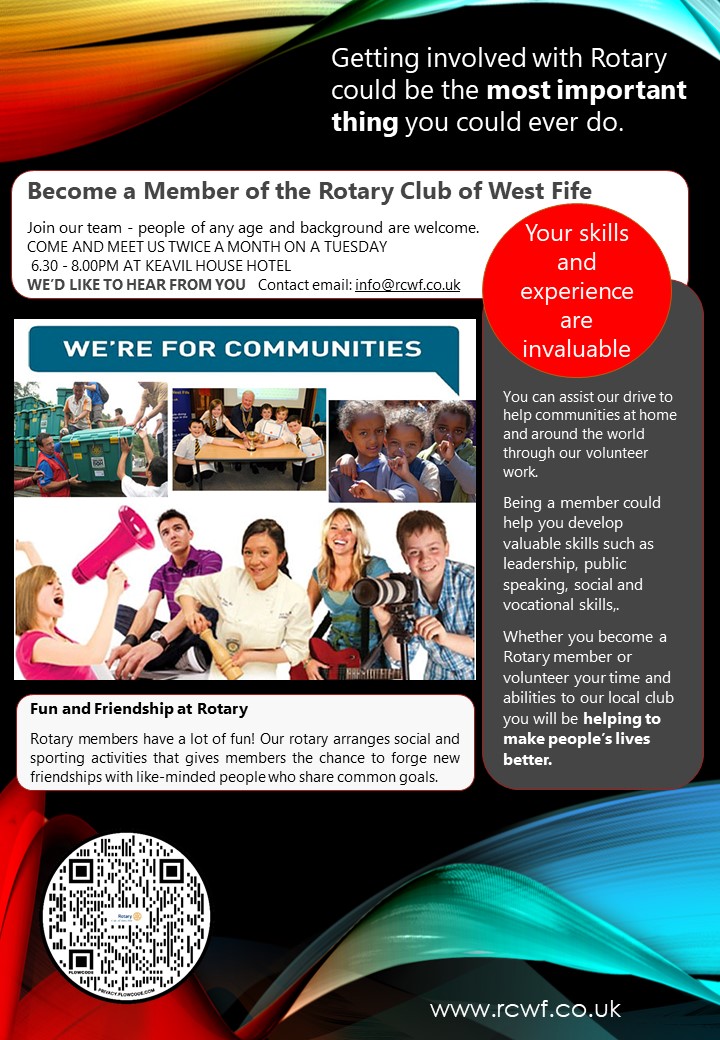