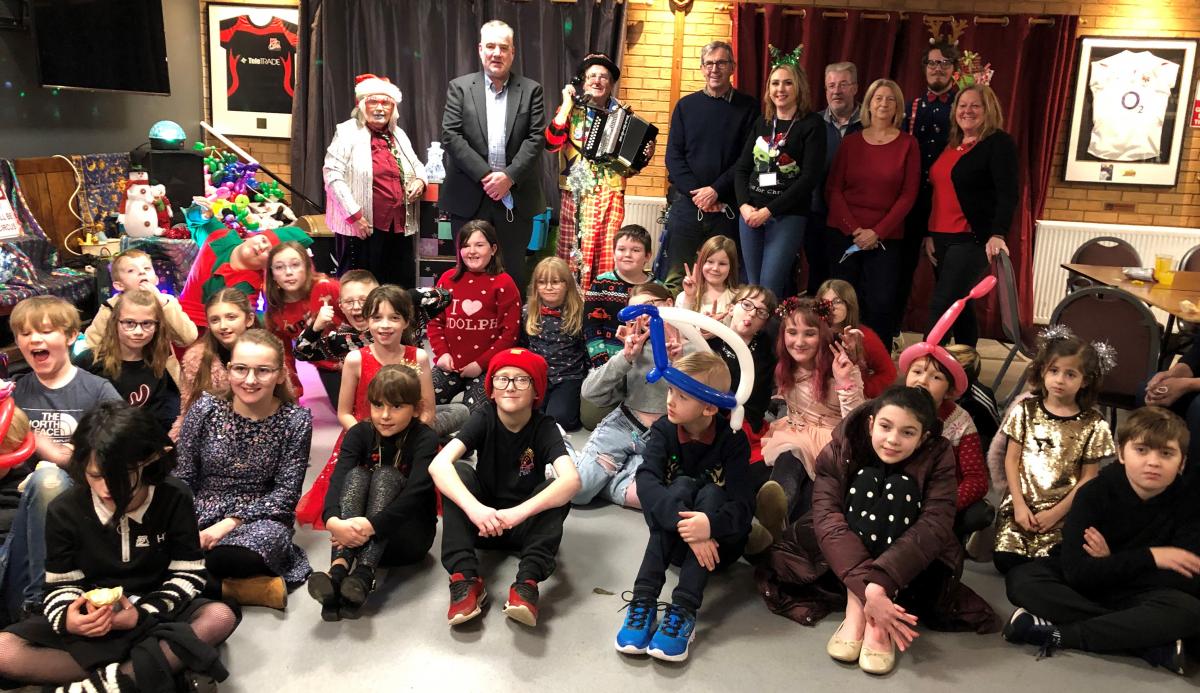 Each year (2020 excepted) the Rotary Club of King’s Lynn organises a Christmas party for young carers in the King’s Lynn area.  This year some 30 young carers were entertained by Razz the Clown and his helper Auntie Pearl and Father Christmas was there to give each of them a present.  The sandwiches, sausages, crisps, jellies and cupcakes disappeared in no time.  The children all had a wonderful time.  The party was held at the West Norfolk Rugby Club and funded by collections taken on 4 December at Morrison’s and 10 and 12 December at the Tesco Hardwick Store.  The Rotary Club is grateful to the two superstores for allowing us to collect, to Morrison’s for donating chocolate selection boxes, to the West Norfolk Rugby Club for hosting the event and to all those members of the public who made contributions to our collections.

Donations made by the Rotary Club recently include £300 to the Royal British Legion and £1000 to the charity Baby Basics.  Further donations of £250 each are being sent to help support the King’s Lynn Night Shelter, the East Anglian Air Ambulance, East Anglian Children’s Hospice, the RNLI, West Norfolk Little Discoverers, Bridge for Heroes and the local branch of the Samaritans.