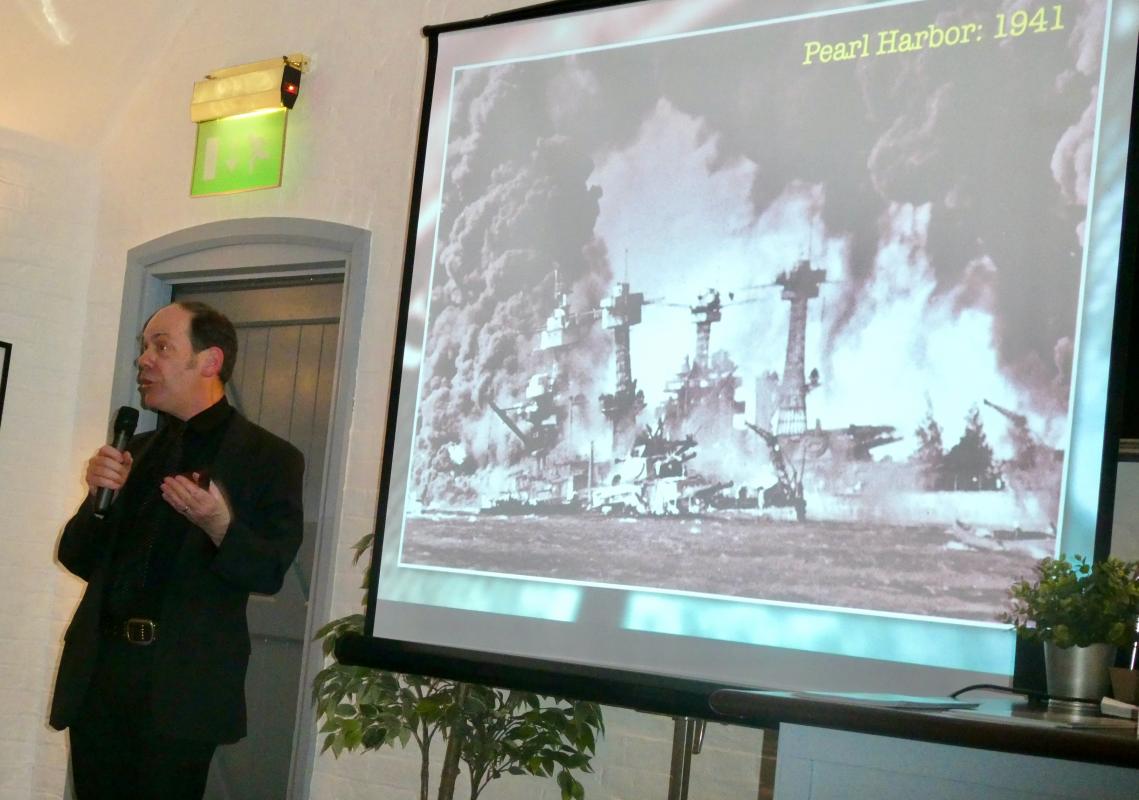 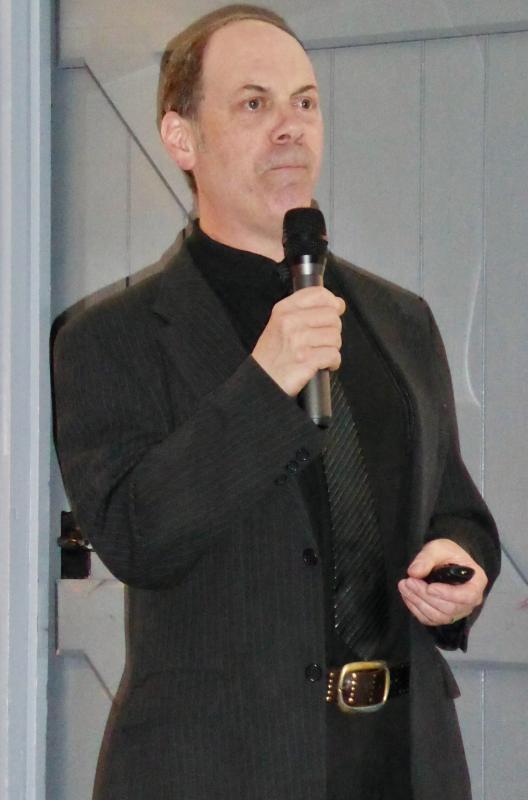 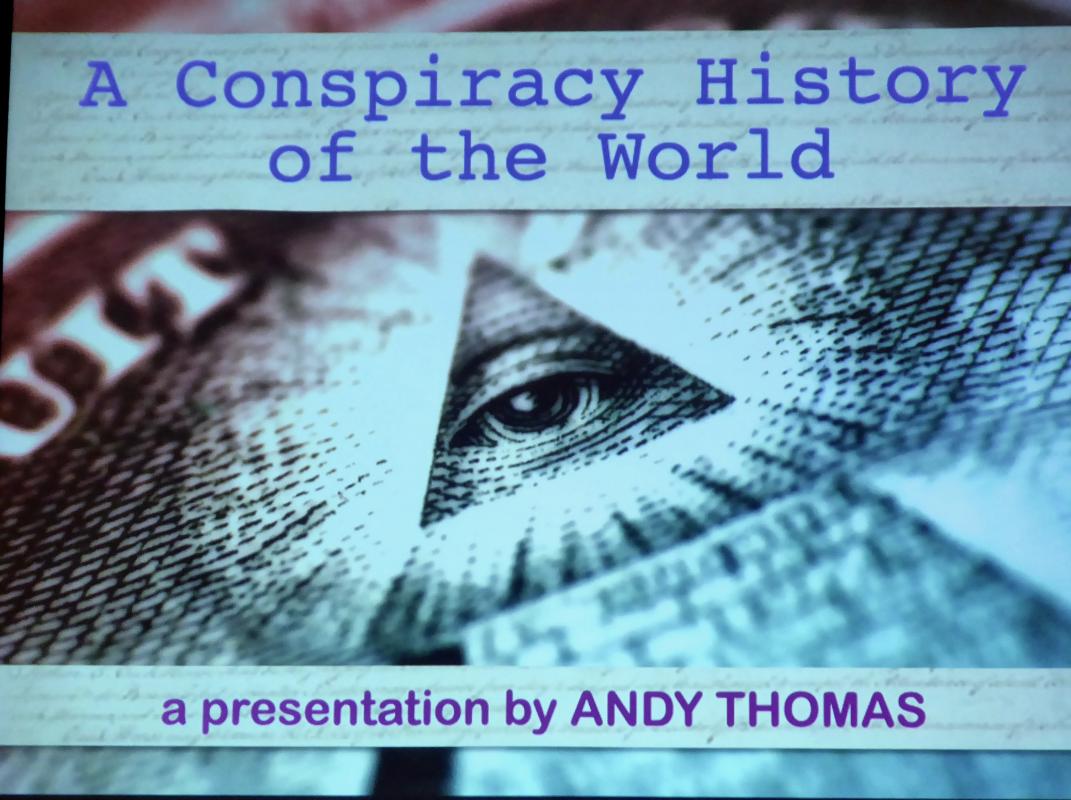 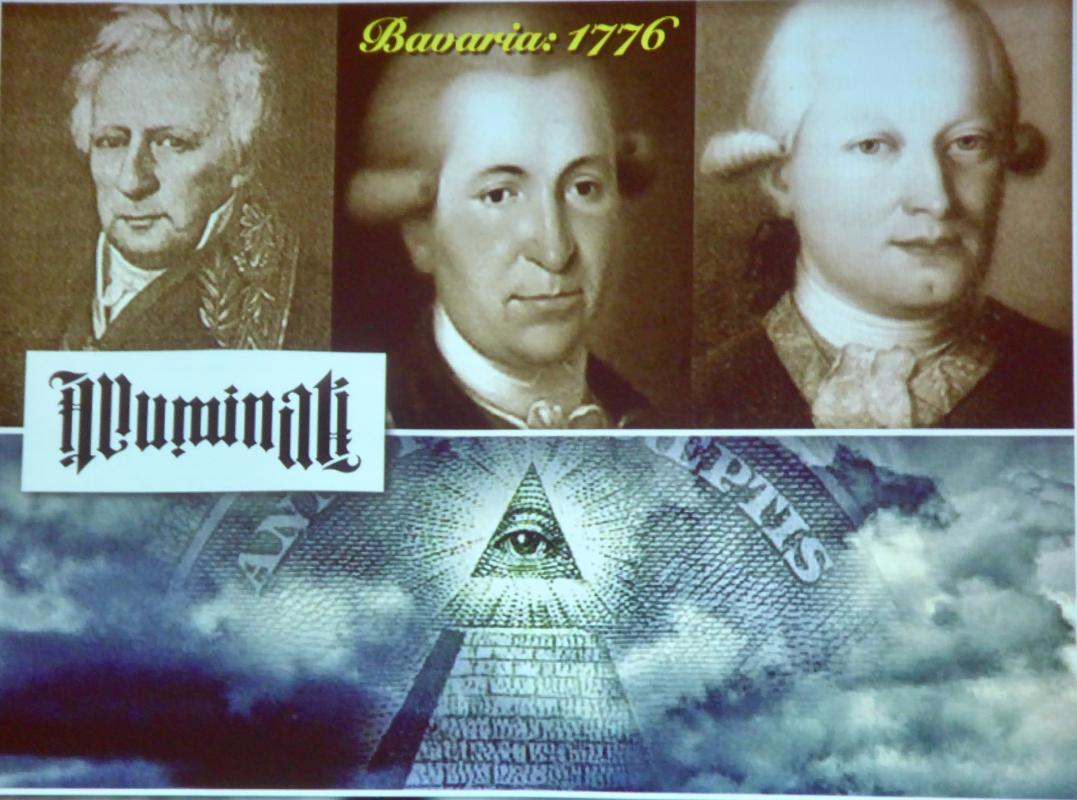 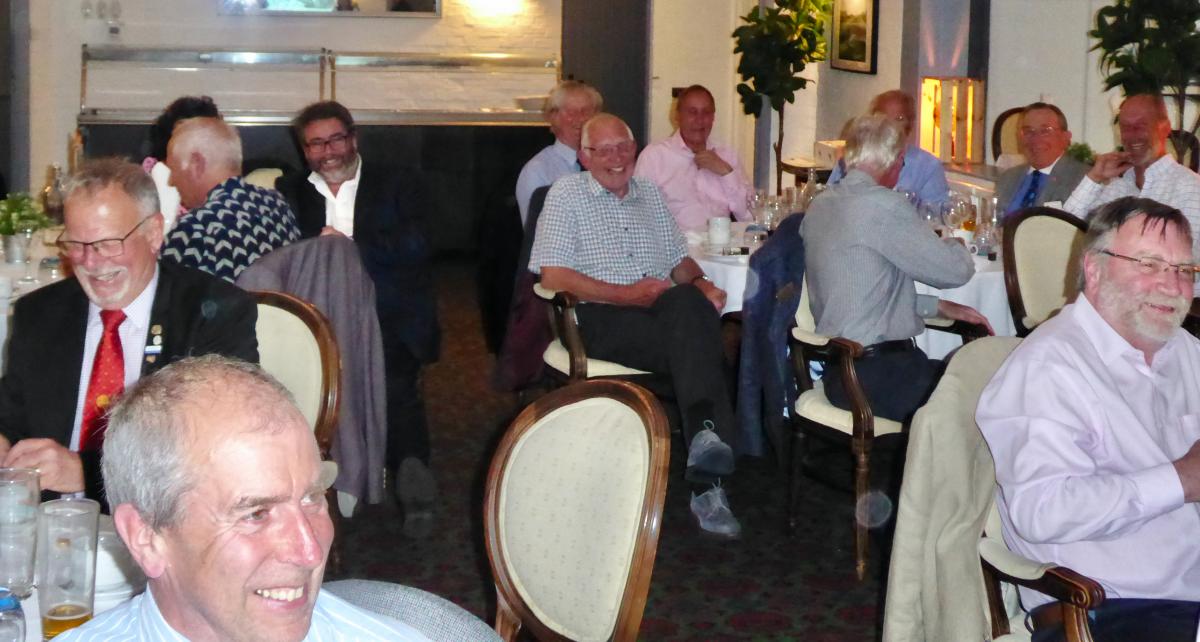 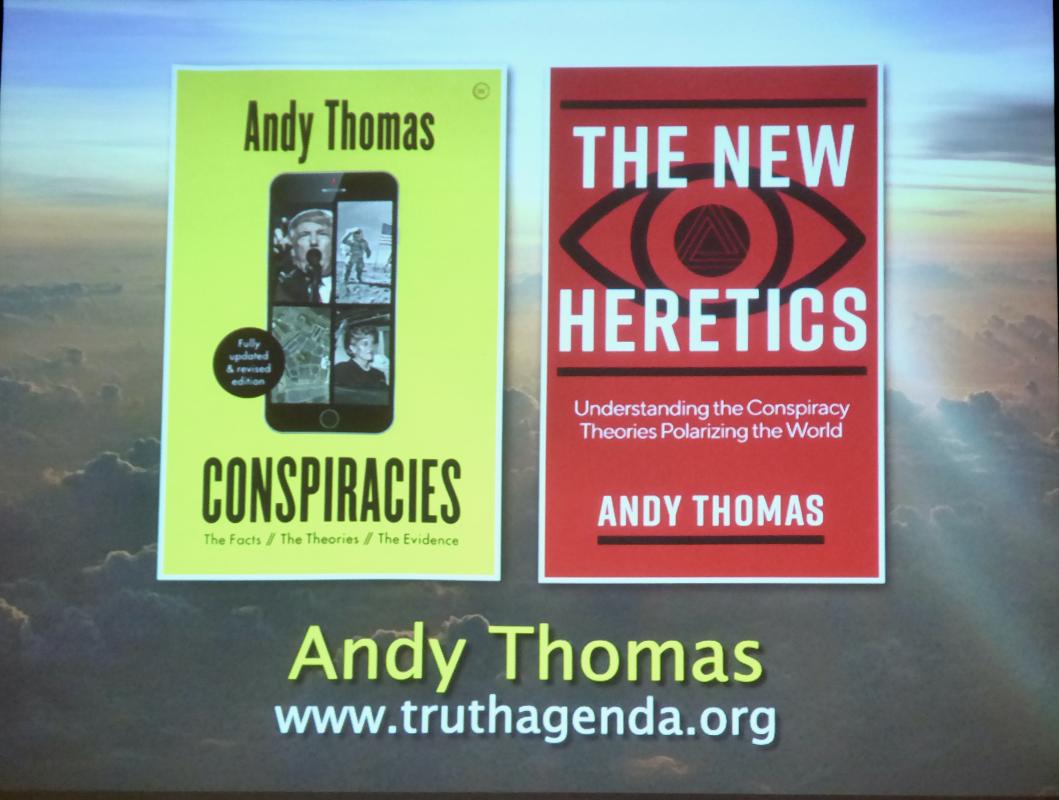 Is there some unknown and powerful person or people controlling our lives? This Orwellian question formed the basis for Andy Thomas’s entertaining and thought provoking talk to the Club.

He delved back into history and told us that the Romans would undertake ‘false flag’ attacks on their own ships to make an excuse to attack other countries. In the Elizabethan era plots and conspiracies abounded and there is some suspicion that the gunpowder plot may have been a false flag event to give the government and excuse to persecute Catholics; who were also blamed for the Great Fire of London at one time.

Plots came and went in the 18th century with the Illuminati setting themselves up as clandestine rulers for a short time and at the beginning of the 20th century Britain’s Arthur Balfour contacted USA’s Theodore Roosevelt with a view to their two countries ruling the world in a New World Order.

Andy mentioned the setting up of the USA Federal Reserve  and the lobbying of multinational companies as other ways to try to control people’s lives. Then he went on to site some interesting examples of unexplained facts which give rise to fears of conspiracy. These included facts surrounding the World War One sinking of the Lusitania, the 1933 burning of the Reichstag, Pearl Harbour, the Moon Landings, the death of Princess Diana, Watergate and the Vietnam War; all of which have some unexplained facts in their stories which lead to conspiracy theories.

All in all his talk gave us lots of fascinating questions to ponder in the coming weeks and the club gave him an enthusiastic round of applause after Geoff Longmire had delivered a short vote of thanks.