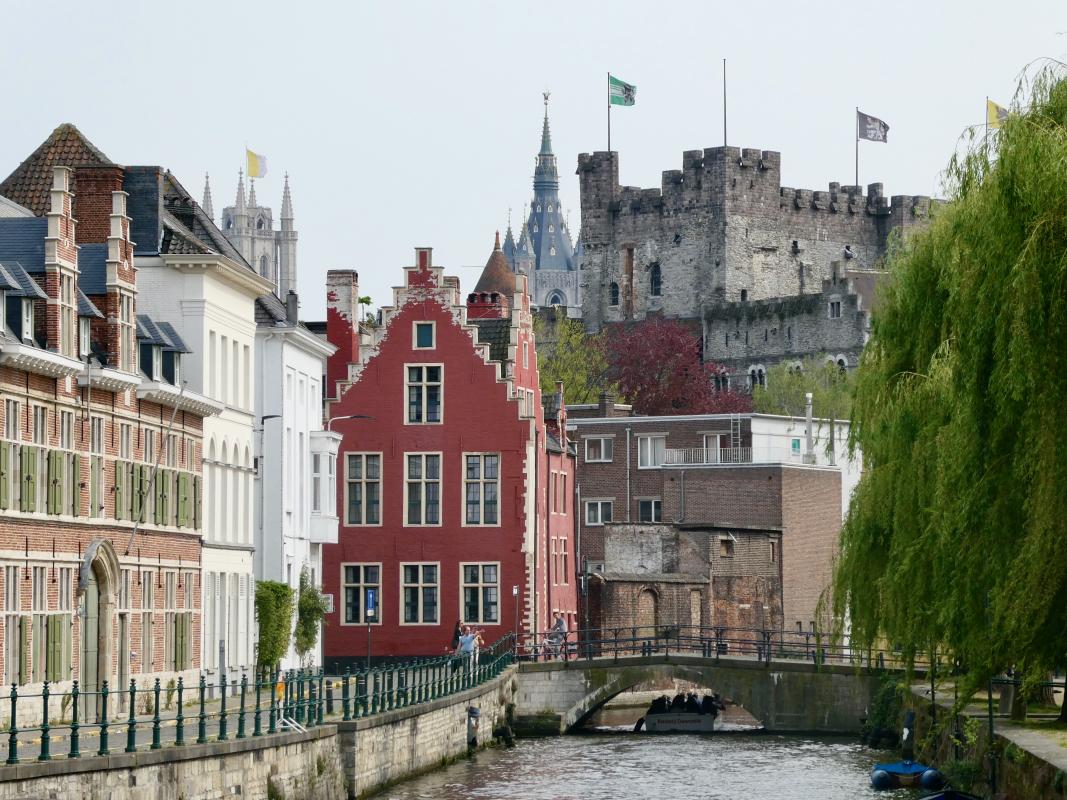 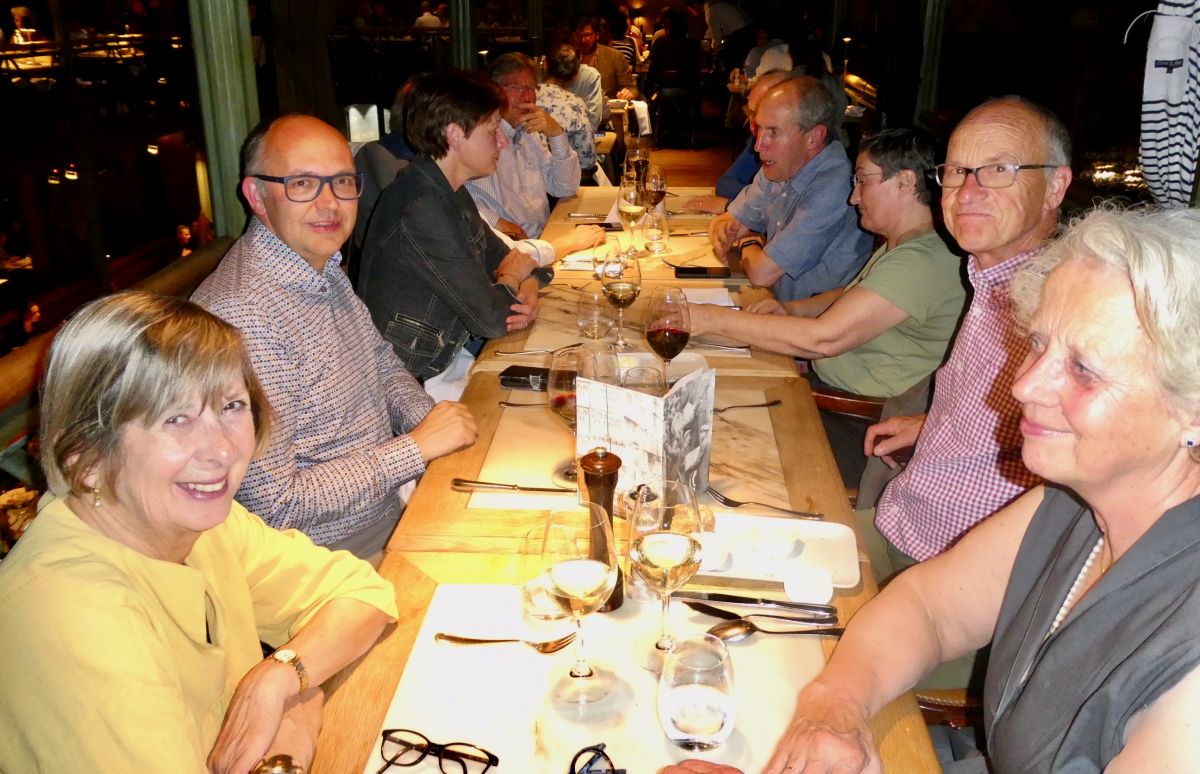 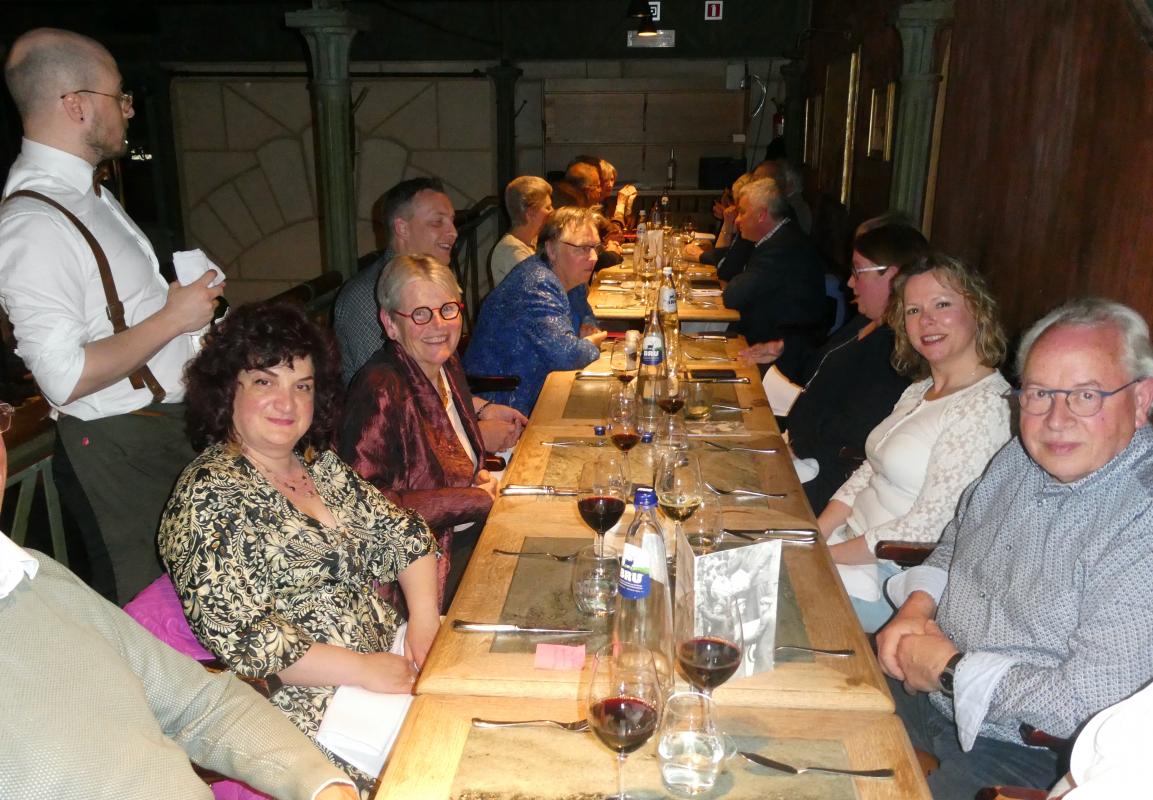 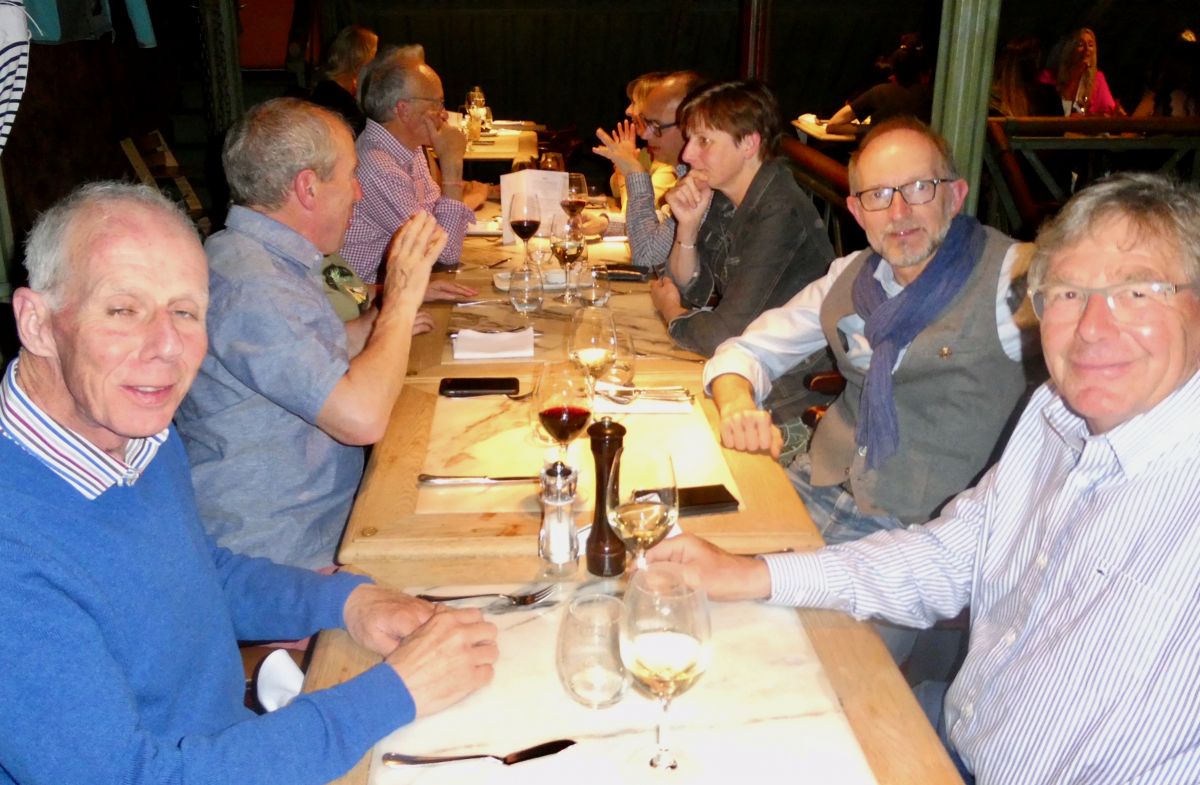 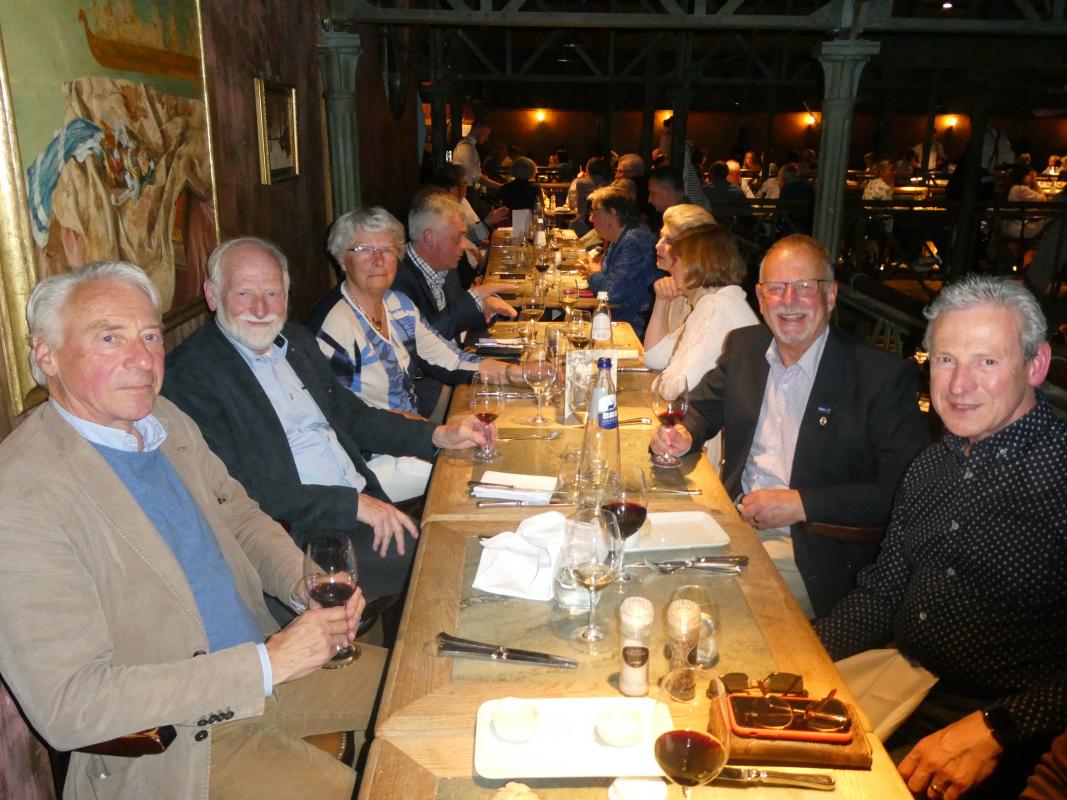 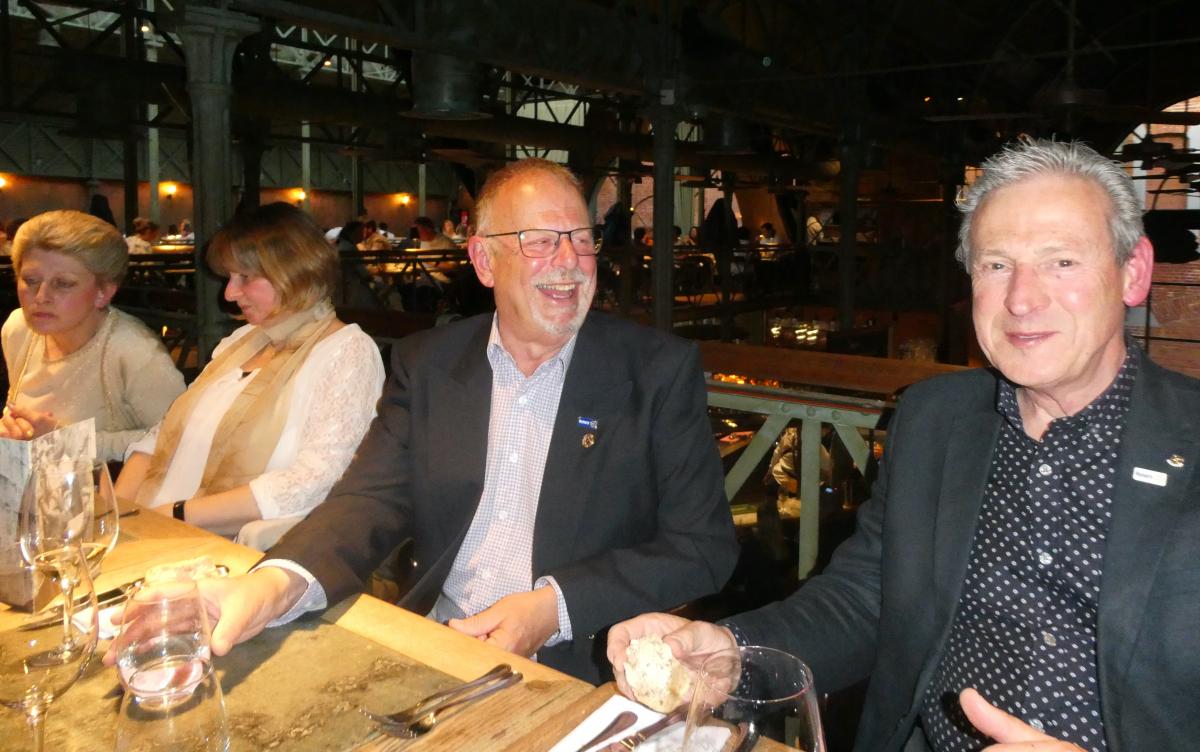 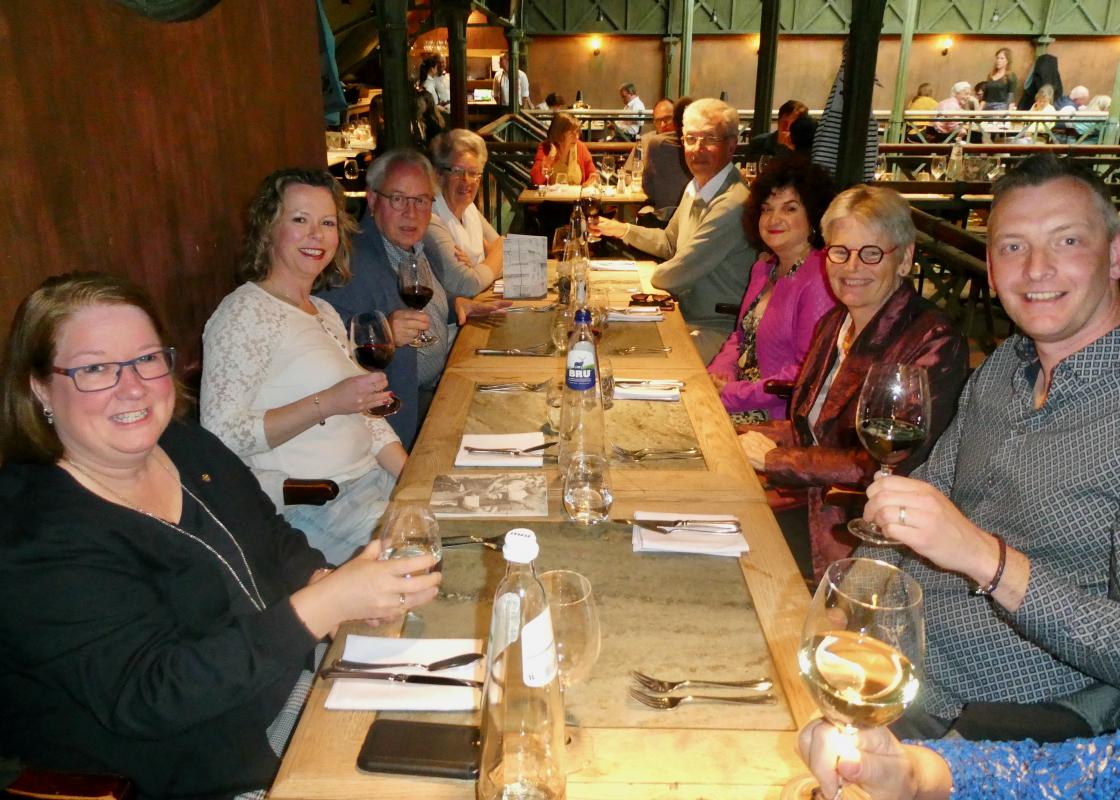 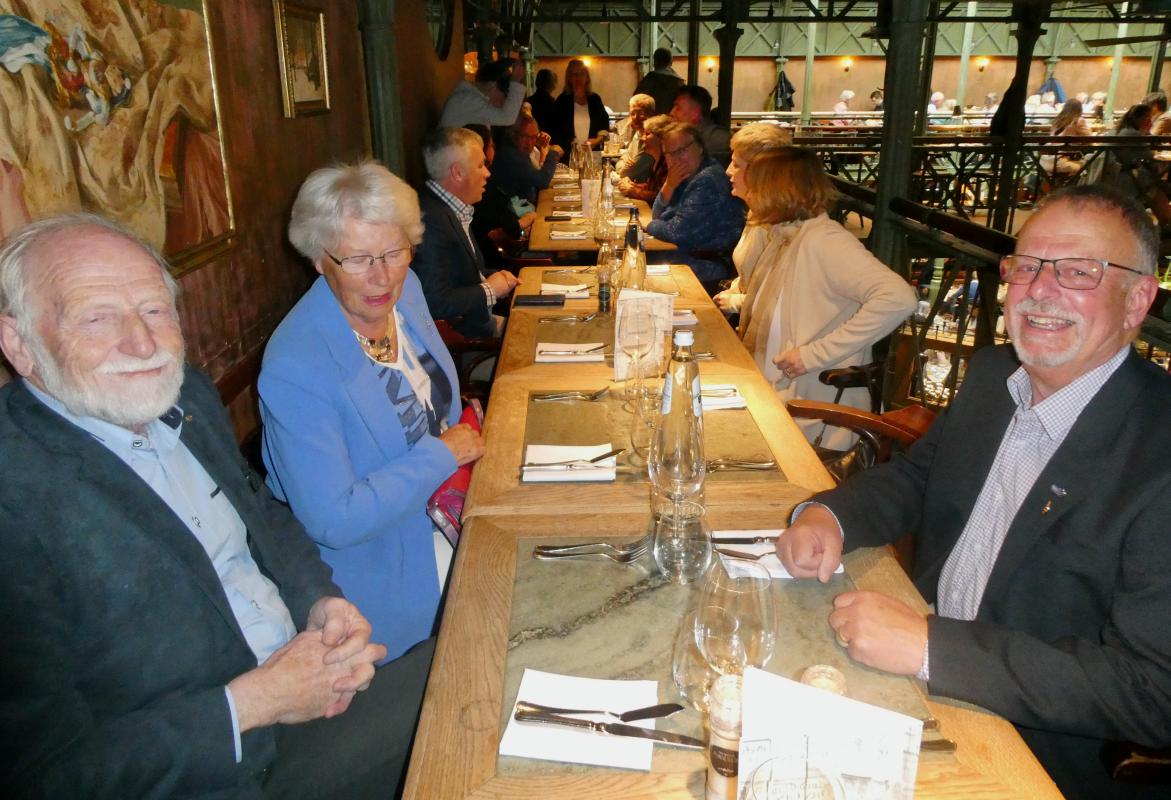 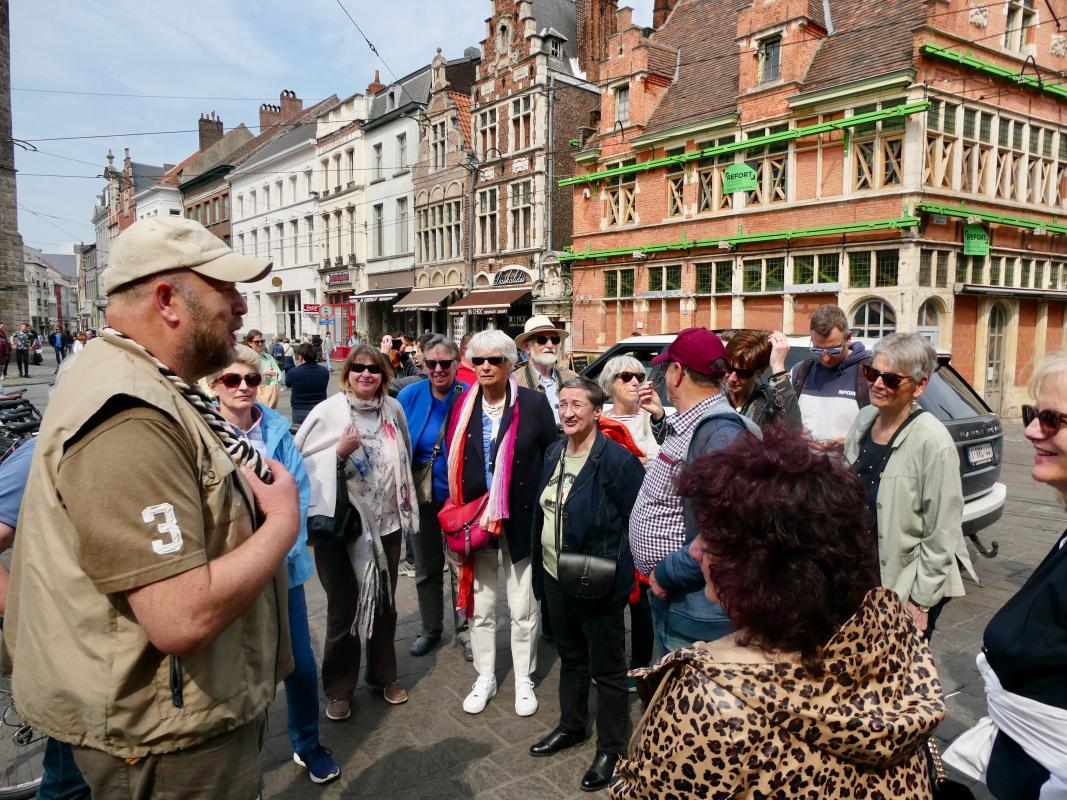 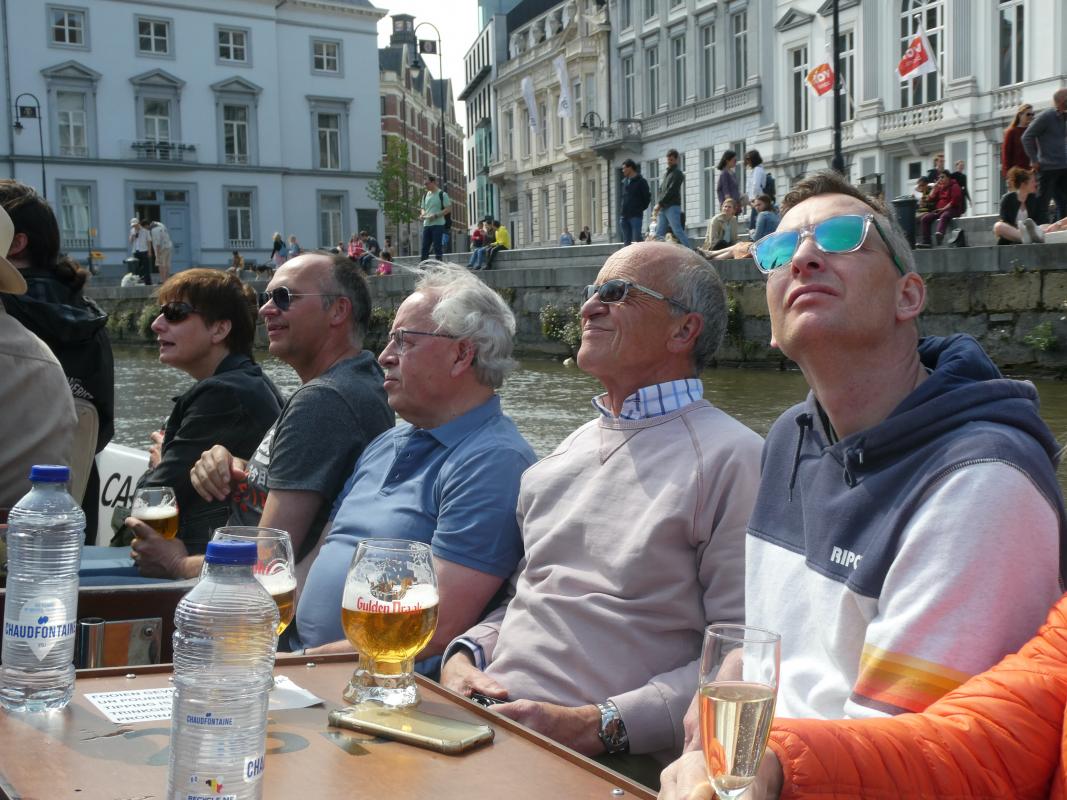 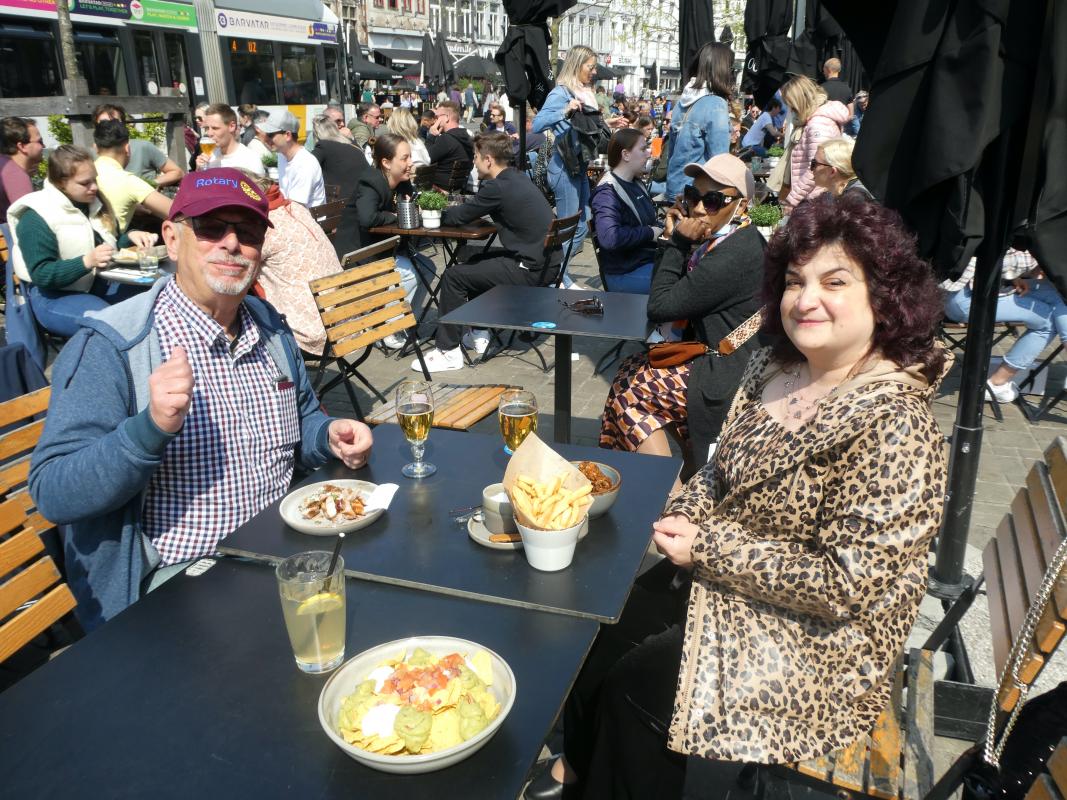 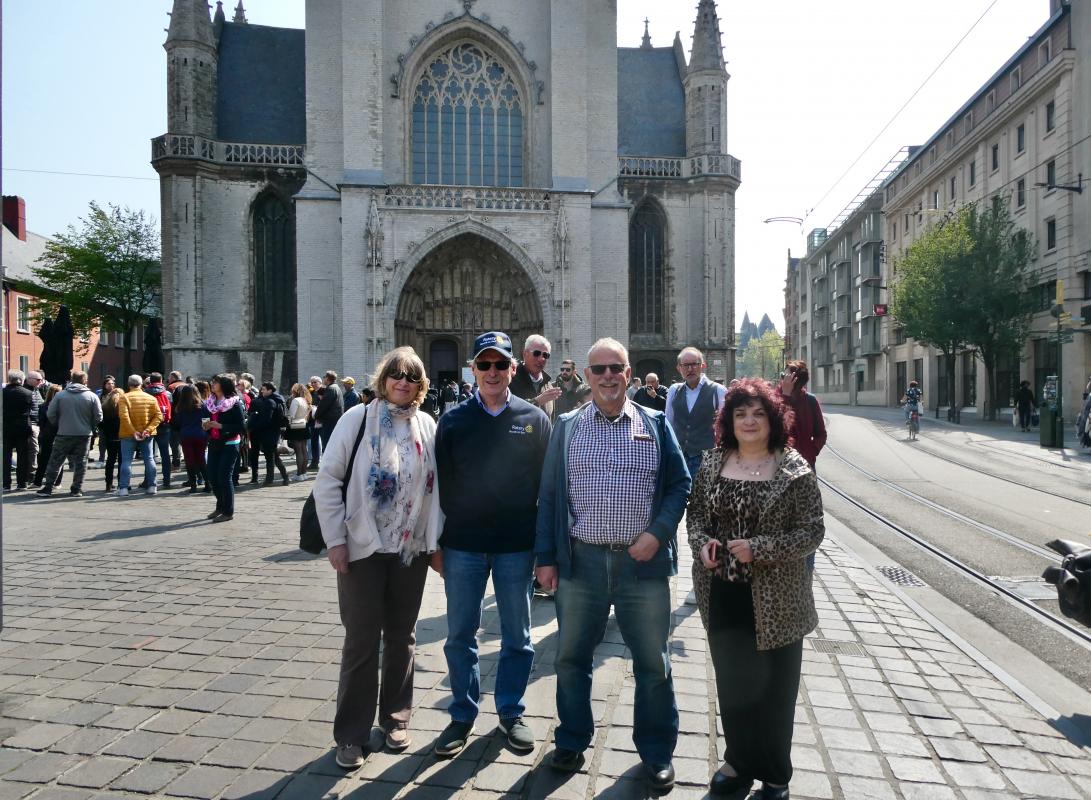 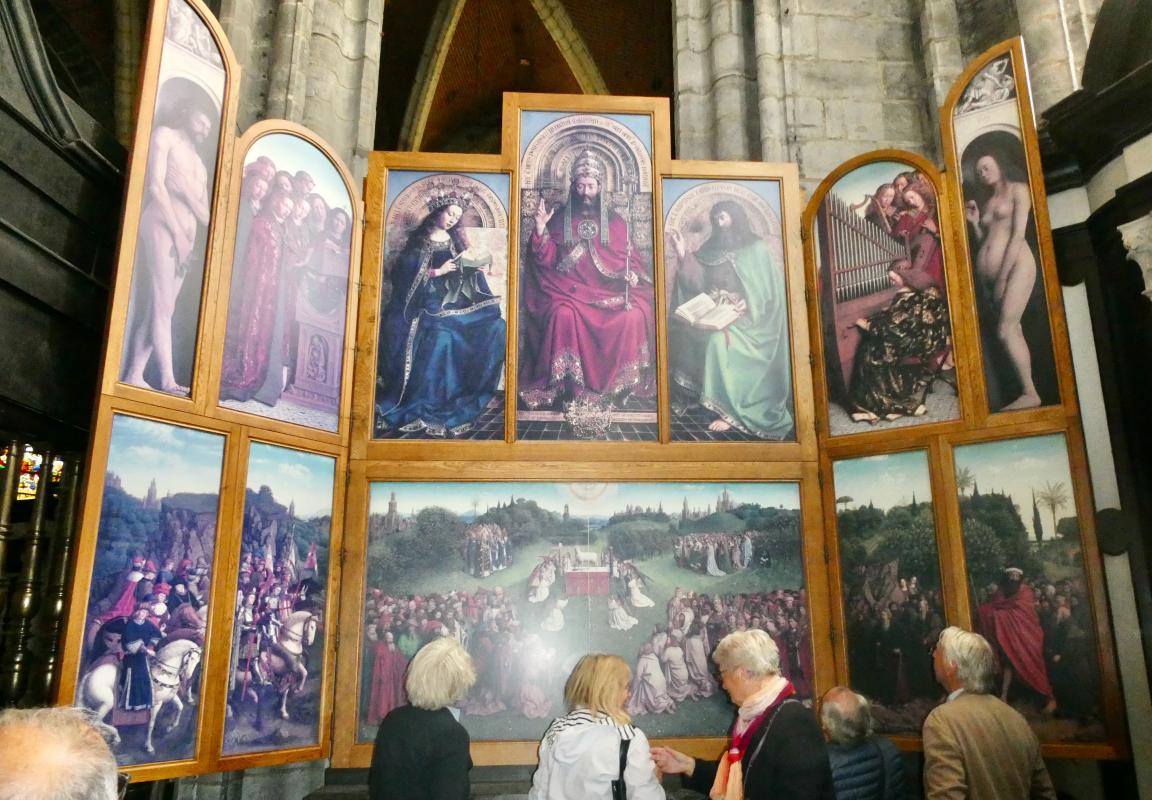 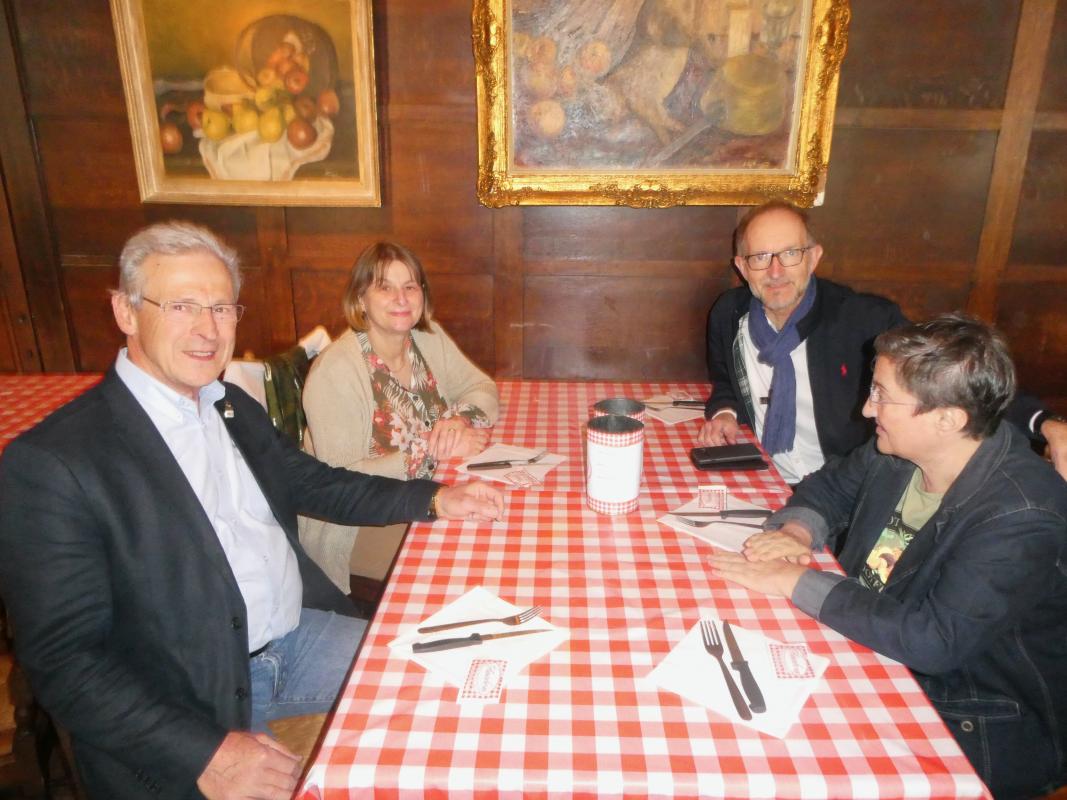 The weekend started for most of us with the trip across the Channel which went smoothly and  we soon arrived at the chosen  hotel which was comfortable and convenient for sightseeing and the chosen restaurants.

Our first evening was spent at the Amadeus restaurant where we renewed old friendships with the Gouda Rotarians which had been maintained by Zoom for the past few years. The meal was mainly based on ribs – these were delicious and plentiful, washed down with ample quantities of the local wine.

Saturday dawned as bright as the previous day and started with a visit to St Bavo’s Cathedral where we admired the architecture and then descended to the crypt for a virtual and actual viewing of the famous altarpiece, ‘The Adoration of the Mystic Lamb’ by the Van Eyck brothers. This and the magnificently adorned pulpit in the building  were the highlights of the morning although there was plenty to explore in the streets and squares of the ancient city and that is exactly what we did in the afternoon – except for the bold and energetic group who hired cycles and made their long and hot way over 30 kilometres to Oudenaarde. We started the afternoon viewing the city form the canals and fortifying ourselves with prosecco; here we were able to admire lots of the ancient buildings from the waterways, which were once the main transport links for passage of wool into and cloth out of the city. This was followed by a walking tour where we explored many of the byways and learned about some of the buildings and the people who inhabited them.

On Saturday evening  the main dinner of the trip was held – this was at the Parkhaus – where we enjoyed a sumptuous meal in a converted warehouse and spent a happy evening talking about our respective clubs and activities over the past couple of years and out plans for the future as well as reminiscing over our adventures during the day.

President Graham ended the evening by thanking Geoff Longmire and the Gouda Club for all their efforts in arranging the event and making it so enjoyable for us all.