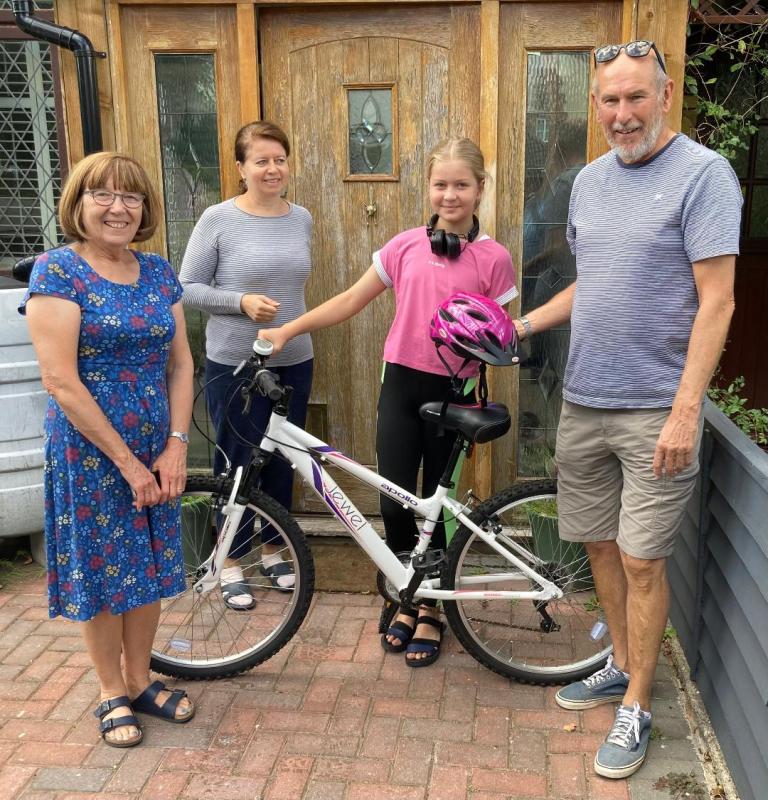 This is the beginning of a project to support local Ukrainian refugees. The picture shows a bicycle being presented to Victoria Myrzak yesterday as part of Rotary’s support for Ukraine.

This all started with a Ukranian lady living in Radyr asking if Rotary could help Ukrainian refugees settle into Wales. When it became known that we could apply to District for a grant to help I went back to this lady to see if there were local families who needed support. She provided me with a list of 15 families who were requesting help: bicycles to get to work and school, a pushchair for a baby and help with school shoes/uniform and stationary items.

As they did not all live in Cardiff or our area I contacted them all to see where they lived and if possible have connected them with their nearest Rotary Club. RCCB are now applying for grants for 9 families in total. I initiated the project with Council’s approval and Steve Finch and Steve Best and I had an initial Zoom meeting to start it off.
The initial process is a preliminary application followed by District approval then a final application accompanied by receipts. Steve Finch has been beavering away finding reconditioned bicycles and I have been sorting out the rest.

Olga is another happy beneficiary of the District Grant Ukraine scheme (see picture below).  Olha/Olga was very grateful to receive the road bike from Cardiff Breakfast. She will use it to attend a language course in Llanishen and to help with picking up her young son from school. Olga is being hosted by Barry and family in Pontprennau under the Government Refugee policy. The bike was purchased from a couple in St Fagans who advertised it on the Neighbourhood Next Door site. On hearing it was for a Ukrainian refugee they immediately dropped the asking price. 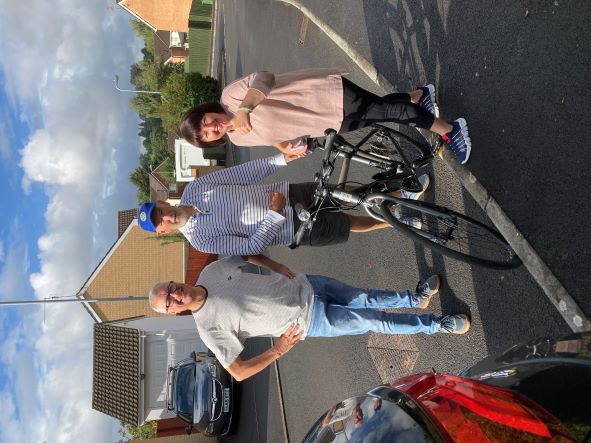 Keep up to date with our activities

Home and Away Team

Home and Away Team