Vienna at the turn of the 19th Century was a melting pot, musically, artistically, architecturally, culturally and politically. Come and hear Gavin Plumley guide us through this fascinating period. 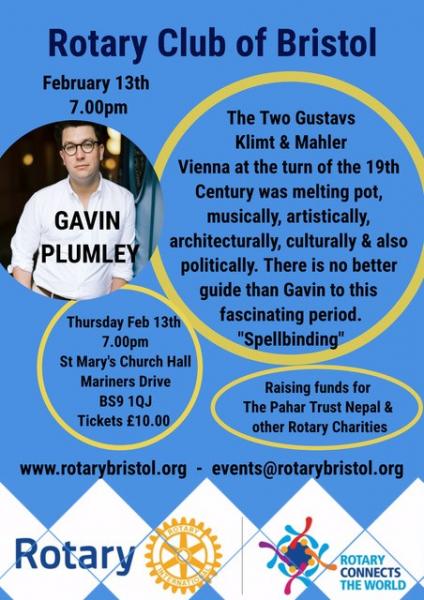 Gavin Plumley is a leading cultural historian, well known for his work on Central European music and culture during the 19th and 20th centuries. He has written for newspapers, magazines, and opera and concert programmes around the world. He appears regularly on BBC Radio 3, both as a guest and as a presenter, and on BBC Radio 4, and lectures widely.

The aim of this talk is to raise funds for The Pahar Trust Nepal and other Rotary charities.

Tickets cost £10.00 and can be purchased by sending an email to events@rotarybristol.org