The latest new Satellite Club in D1100 was inaugurated on 5th March 2020. Read all about it! 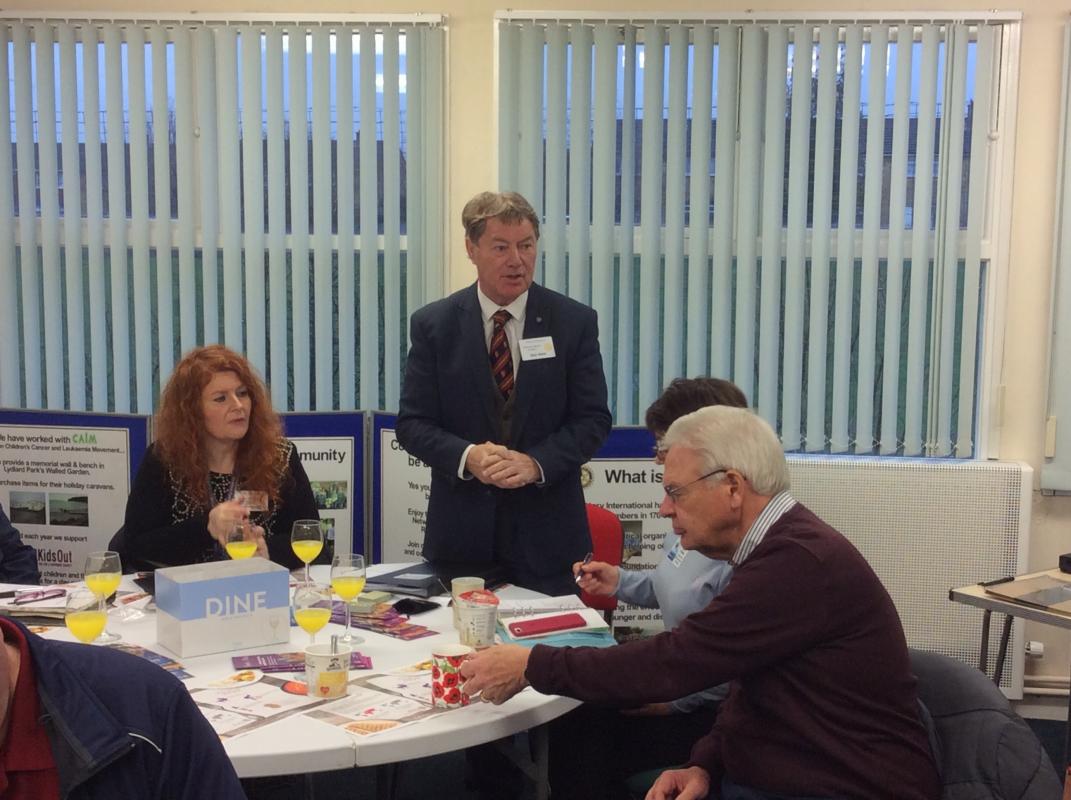 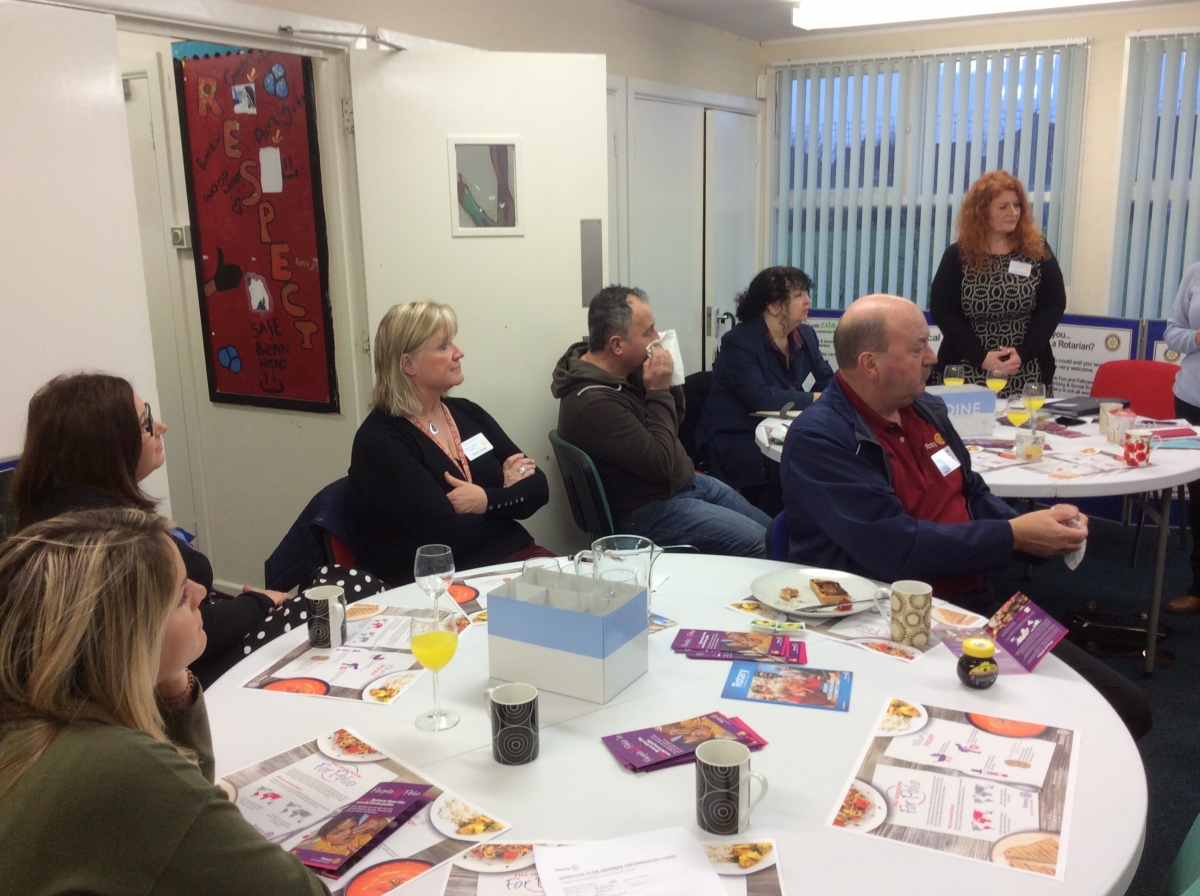 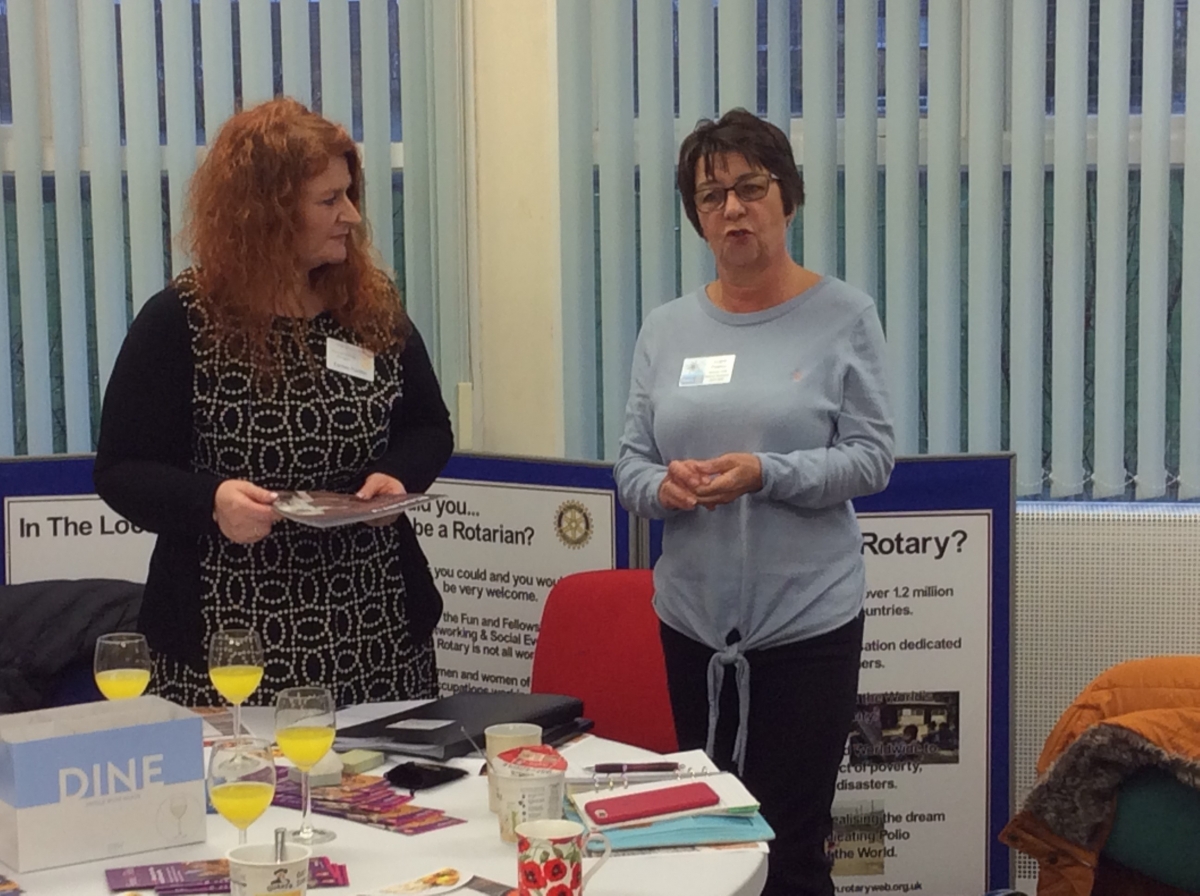 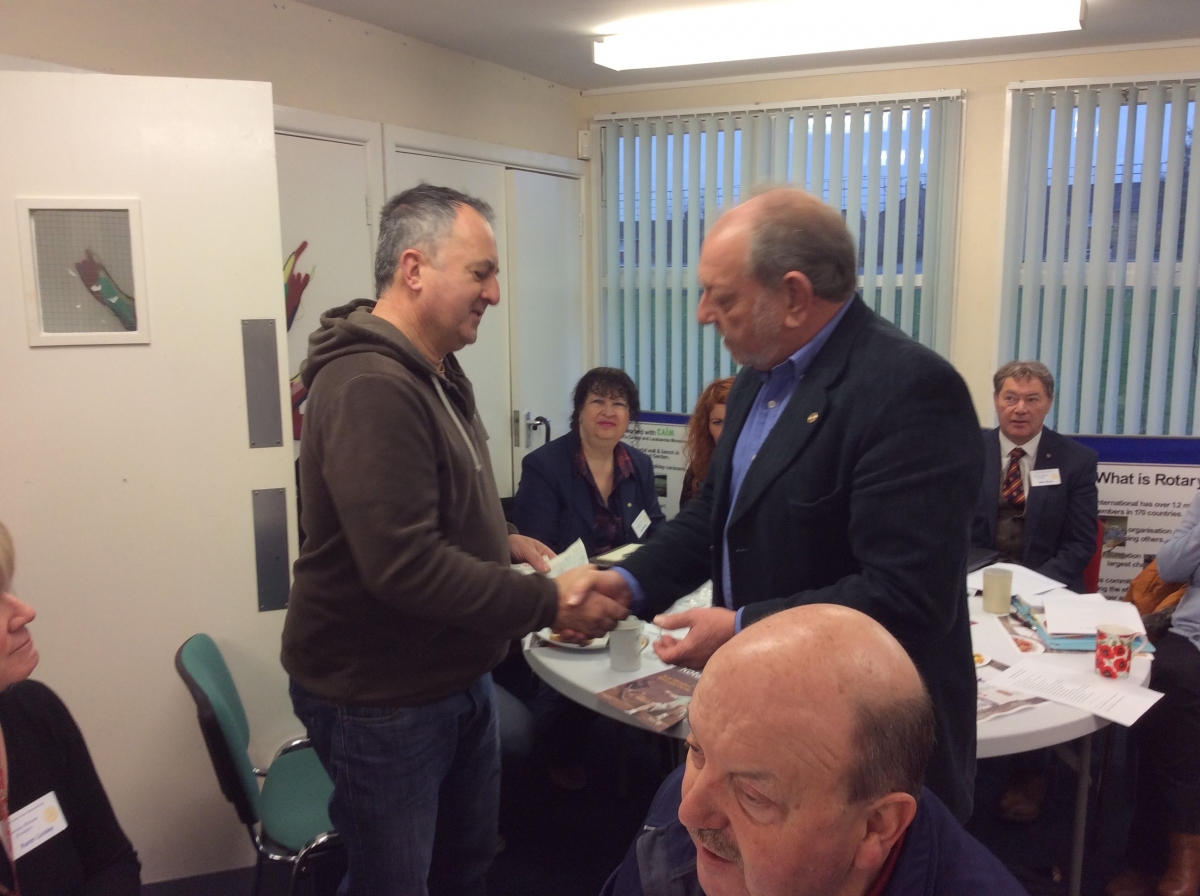 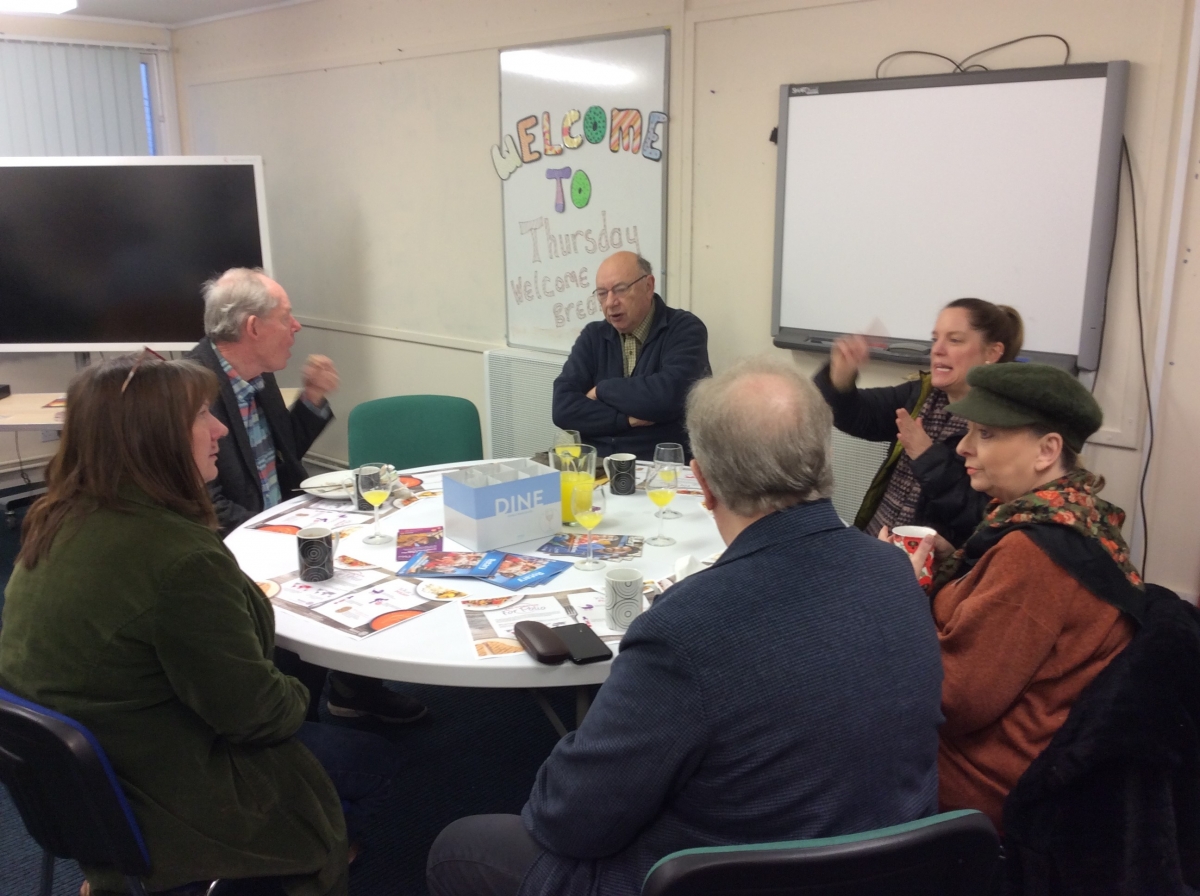 The idea for a Satellite Club developed over a long period. In thinking of who would enjoy being Rotarians we had often thought of colleagues who work with and in the Parks and Walcot community of south Swindon. ‘Rotary in the Parks’ reflects the needs of the 11th poorest area in the South West of England. The problem was they really wanted a breakfast meeting as most then would go off to work locally. Evening meetings weren’t suitable as several possible members had young families or existing commitments.

The only way forward was to have a local venue and a separate morning to the parent Club - the Rotary Club of Swindon Old Town - which meets on a Wednesday. The other issue was cost. Quite often Rotary Clubs require monthly costs of at least £40 plus for breakfasts/lunches/dinners and subscriptions. In looking to bring in a younger generation - the average age is in the 40’s – the aim is to have the club’s own non-commercial light breakfast of coffee/toast/porridge.

The Governors of Goddard Park School made space available for this community activity as they do with a range of local groups from Cubs to history societies. The co-founders Graham Miles and Mike Welsh spoke about the logistics and worked through this together.

We approached a few possible members and were surprised at how keen they were to be Rotarians - to give something back (Service above self). We defined the cost as £10 per month made up of the Rotary subscription and the small amount required for the light breakfast.

Soon the numbers became quite feasible without any marketing. Following a coffee morning in February, we were very proud when our District Governor Judy Powell inaugurated the Satellite Club on 5th March 2020.

The new Rotarians who form the club are mostly community leaders in their own right and now are a powerful force in collective Rotary action. They have increased the size of the parent Club back to above 30. The Satellite Club Members - as incoming Chair, Carmen Franklin, said “Can’t wait to develop as Rotarians”. The Satellite Club has identified youth and environmental issues as key areas for their work.

Co-founder Graham Miles handed over a cheque for £100 from the Rotary Club of Swindon Old Town to new Rotarian Nas Orchard. Nas received this in his role as Leader of the 19th Swindon Cub Scouts for the energetic support they have provided in duck sorting in preparation for the Famous Swindon Duck Race in May.

As co-founder Mike Welsh said: “In our journey in bringing 12 new members into Rotary (to start with) and developing a new template for a Satellite Club we would like to record our thanks for the excellent support we have received from Rotary District officers and our parent Club - the Rotary Club of Swindon Old Town. It has been hard work to get to this, but we are immensely enthused about the future. It is in good hands.”

If you want to set up a satellite club have a look at the information on the Rotary GBI website.