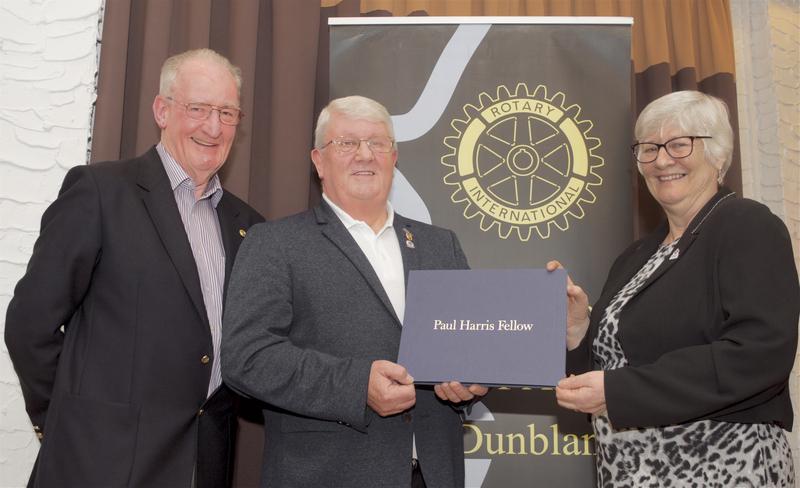 Members of the Bridge of Allan and Dunblane Rotary Club were delighted that the visit on Thursday of the District Governor of Rotary International District 1010, Ian Dow, meant that he was able to present a Paul Harris Fellowship to local woman Breda Seaman.  The award takes its name from the founder of Rotary – Paul Harris – who in 1905, in Chicago, organised the first Rotary Club meeting.  There are now 1.2 million members worldwide.  The award, which is not limited to Rotarians, is made to individuals who have made an outstanding contribution to their community or more widely. The recipient receives a certificate and a special pin.

In this instance, as President John Kilby indicated, the award to Breda recognises her commitment and enthusiasm in promoting the establishment of Dunblane as a dementia-friendly community. Following an initiative by Dunblane Medical Practice, Breda set about encouraging local businesses, community groups and individuals to make special efforts to ensure that the needs of those with dementia are recognised. Her success was highlighted in September last year when she organised the launch in the Victoria Halls of Dementia Friendly Dunblane. Businesses, organisations and individuals received certificates acknowledging their positive responses to the initiative.

In parallel with this and recognising the value to those with mild to moderate dementia and their carers of having an opportunity to meet socially on a regular basis, Breda came up with the idea of establishing a Memory Café.  Following success in obtaining a grant from Stirling Council’s Community Pride initiative and with support from the Dunblane Development Trust, Breda opened the Memory Café at the Braeport Centre, Dunblane, in September 2017.  The initial six-month trial proved so successful, with positive comments and enthusiasm from all involved, that the Café is now established on a regular weekly basis.  A grant that Breda obtained from the Big Lottery has helped to ensure its continuing financial viability.  The Café has now also been formally incorporated as a recognised organisation within Dunblane Development Trust.

Responding to the introduction given by President John Kilby, and the presentation of the Fellowship by District Governor Ian Gow, Breda said:  “ I am overwhelmed by this very unexpected award, and extremely grateful to Rotary for this recognition.  What has been achieved has relied on the work of a wonderful team of volunteers, without whom it would not have been possible.  Week after week they give of their time to ensure the success of the Café.  I should, particularly like to record my thanks to Rotarian Peter Farr who has been a tower of strength in all stages of this development.  The Café is an excellent example of the post-diagnostic support that can be offered to sufferers in a way that is both cost-effective and enjoyable.  And it reflects the very positive steps taken within the community.  Thank you so much.” 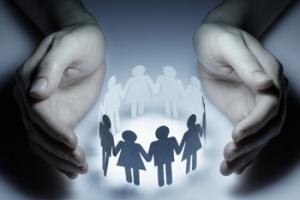 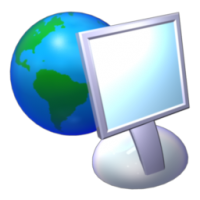 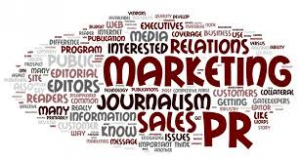 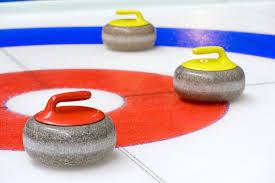 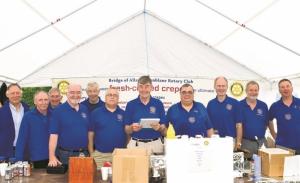 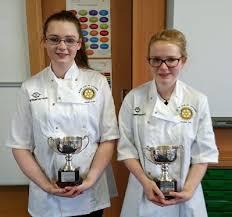 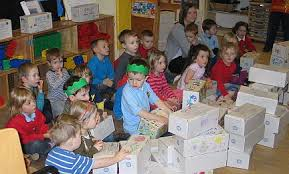 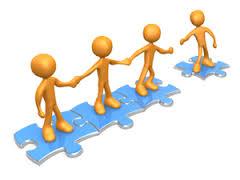