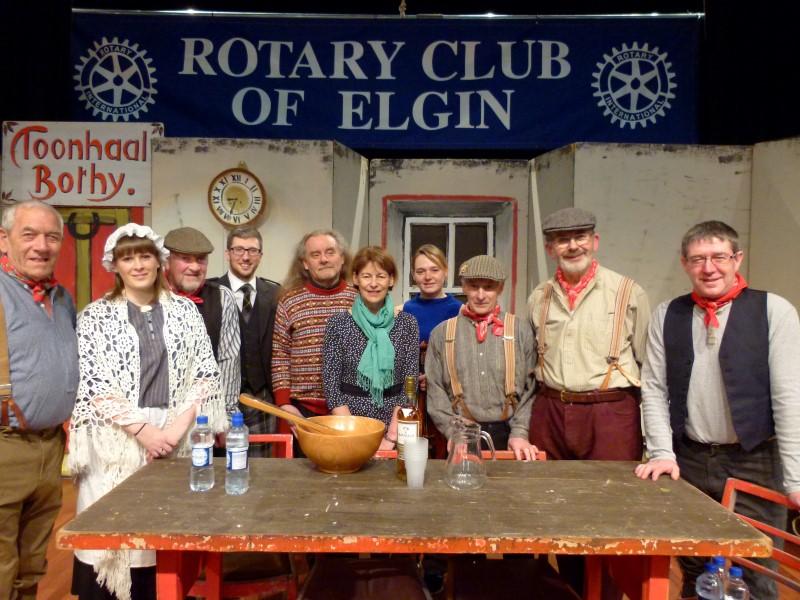 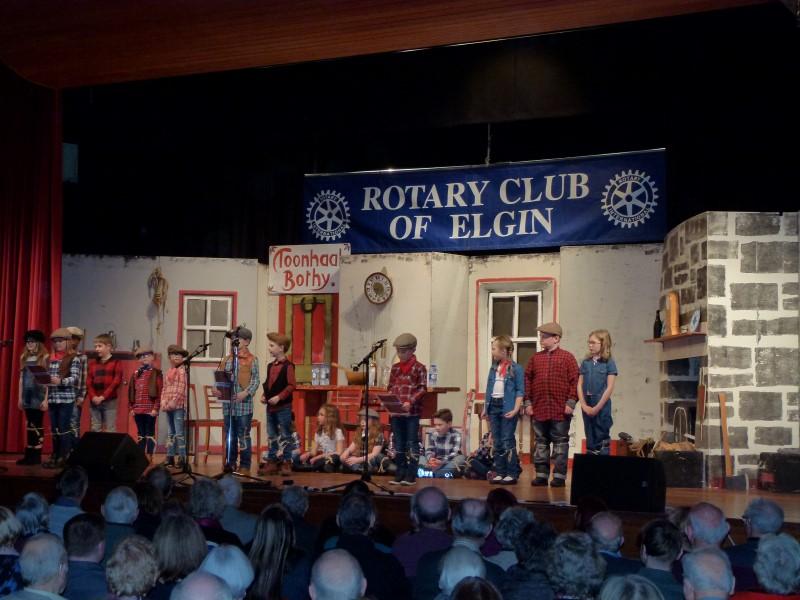 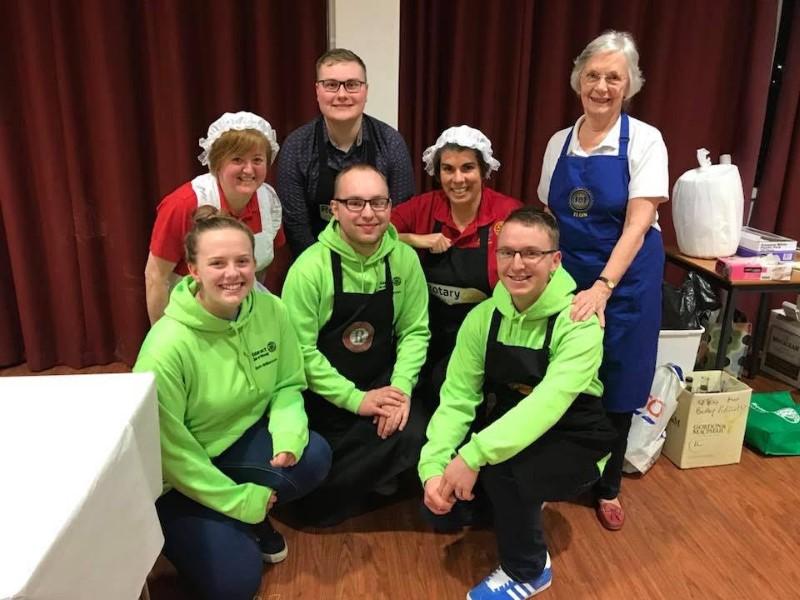 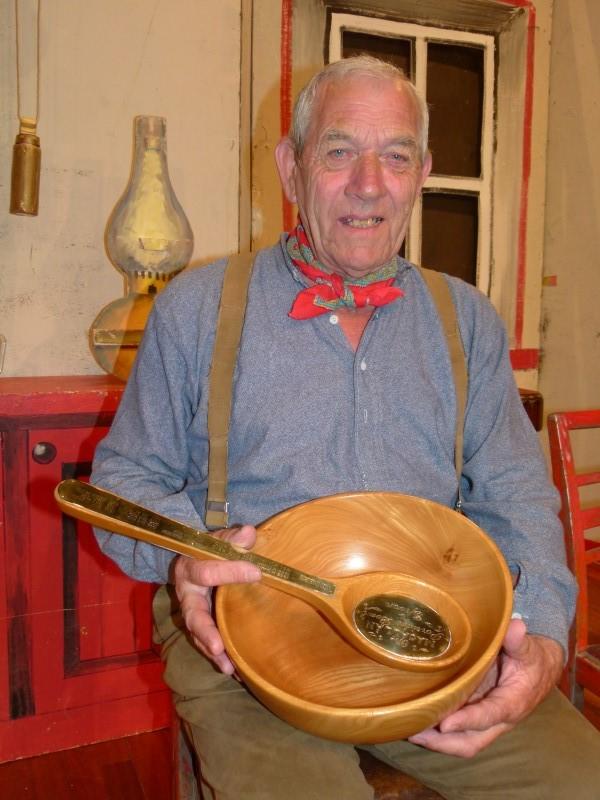 Highlights from show supplied by Jasperimages.

6 Competitors took to the stage at Elgin Town Hall on Saturday night for the Elgin Rotary 36th Bothy Ballads Champion of Champions. Compere’ for the night Gary Coull opened the evening introducing to stage pupils from New Elgin Primary School who sang a set of Bothy related songs and rhymes before the warm up round of recitals from our balladeers.

Our Guest Artistes this year Maggie Adamson on fiddle and Brian Nicholson on guitar from Shetland entertained the sell out crowd with their own brand of virtuousity on Fiddle and Guitar.

After half time stovies  it was down to business and the draw saw Shona Donaldson up first with Sleepy Toon, Allan Taylor with McFarlane o the sprots o burnieboozie, John Dickson with The weary fermer, Ian Russell (standing in last minute for Geordie Murison), Joe Aitken with Bogeys Bonnie Belle and reining champion Hector Riddell with Hash o benagoak.

Judging this year were  Margaret Bennet and Scott Gardiner who in the judges notes stated that the competition had been of a very high standard, they found it very difficult to pick a winner and had to focus on the delivery of the night just being that little bit different. Whilst the judges were deliberating Maggie and Brian returned to the stage for a final set of tunes.

The final placings announced by the judges were in 3rd place John Dickson, 2nd place Shona Donaldson and in 1st place Joe Aitken who has now won the prestigious porridge bowl, spoon and Donald Ferguson Memorial Trophy for a record six times.

The presentation was made by Claire Ferguson, daughter of the late Donald Ferguson who was an Elgin Rotarian who loved the Bothy Ballads. Joe Aitken said on receipt of his prize that the presentation medal meant a lot to him, that he had enjoyed quite a few drams with Donald through the back over the years and felt that he was still with him.

The audience were delighted with the result and it was clear that the judges choice was shared by many. Elgin Rotary President Andy Jamieson said that he was delighted that Bothy Ballads continue to be a highlight of the club year, once again the show was a sell out and whilst it is important to keep traditions alive it was clear from the demographic attending and performing that the doric is as popular now as ever.

Our Guest Artistes this year are Maggie Adamson & Brian Nicholson from Shetland with their own brand of virtuousity on Fiddle and Guitar.

Our Judges are Scott Gardiner – Traditional Singer, Past Winner and Previous Judge and Margaret Bennet – Folklorist, Writer, Singer and Broadcaster.