The Rotary Foundation is a non-profit corporation that supports the efforts of Rotary International to achieve world understanding, goodwill, and peace through international humanitarian, educational, and cultural exchange programs.  We are striving to improve health and alleviate poverty around the world, and with your help, we can make lives better in your community too.
Why should I donate to The Rotary Foundation?
Your donation makes a difference to those who need our help most. More than 90 percent of donations go directly to supporting our service projects that change lives both close to home and around the world.  During the past 100 years, the Foundation has spent $3 billion on life-changing, sustainable projects.
How does The Rotary Foundation use donations?
Our 35,000 clubs carry out sustainable service projects that support our chosen causes.  With donations like yours, we’ve wiped out 99.9 percent of all polio cases.  Your donation also trains future peacemakers, supports clean water, and strengthens local economies.
What impact can one donation have?
It can save a life.  A child can be protected from polio with as little as 60 cents.  Our partners make your donation go even further.  For every $1 Rotary commits to polio eradication, the Bill & Melinda Gates Foundation has committed $2.
Polio Eradication
Rotarians have mobilized by the hundreds of thousands to ensure that children are immunized against this crippling disease, despite the poor infrastructure, extreme poverty and civil strife of many countries.  Since the PolioPlus program’s inception in 1985 more than two billion children have received oral polio vaccine.  To date, 209 countries, territories and areas around the world are polio-free.
PolioPlus Fund
Grants supported out of the PolioPlus Fund that are primarily geared towards national level and supra-national efforts.  For example, National PolioPlus Committee chairs or a major partner agency, such as the World Health Organization or UNICEF may apply for these funds.  Support is available for eradication efforts in polio-endemic, recently endemic, and high-risk countries, including National Immunization Days, poliovirus transmission monitoring, and other activities.
Other major projects include :
PolioPlus Partners
This is a program that allows Rotarians to participate in the polio eradication effort by contributing to specific social mobilization and surveillance activities in polio-endemic countries. In 2003–2004, grants were approved in Africa and South Asia for a total of $330,000.
Disaster Recovery Project
The Rotary Foundation facilitates club efforts globally to support disaster preparedness and recovery.  For instance, the Tsunami in late 2004 and the more recent Indonesian Earthquake in September 2018.
District Simplified Grants
The is where The Rotary Foundation supports short-term service activities or humanitarian endeavours in both local communities and also internationally. This program began in 2003–2004 and, projects in 44 countries at a cost of US$5.2 million were awarded.
Matching Grants Project
This project provides matching funds for the international service projects of Rotary clubs and districts. Since 1965, more than 20,000 Matching Grants projects in 166 countries have been funded at a cost of more than US$198 million. 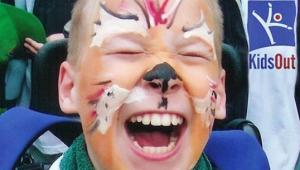 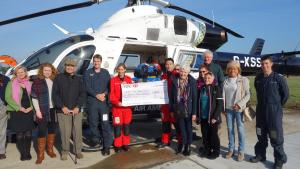