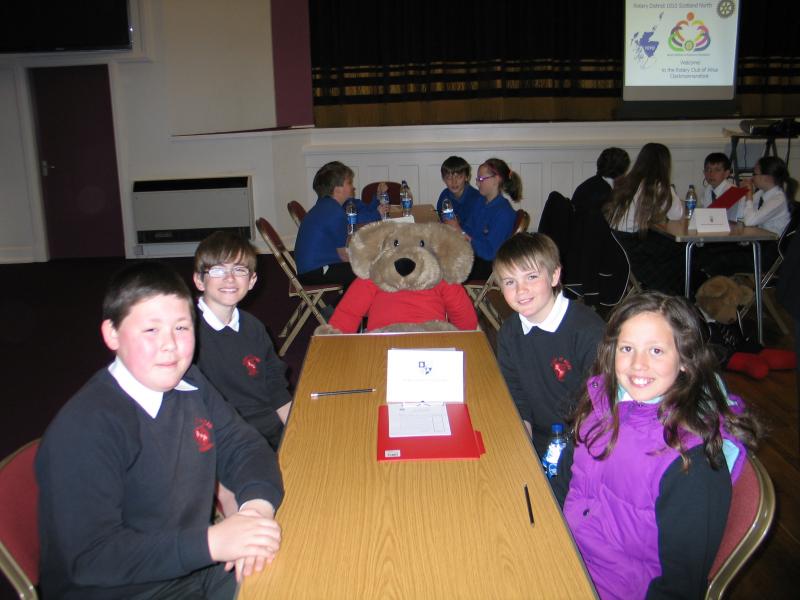 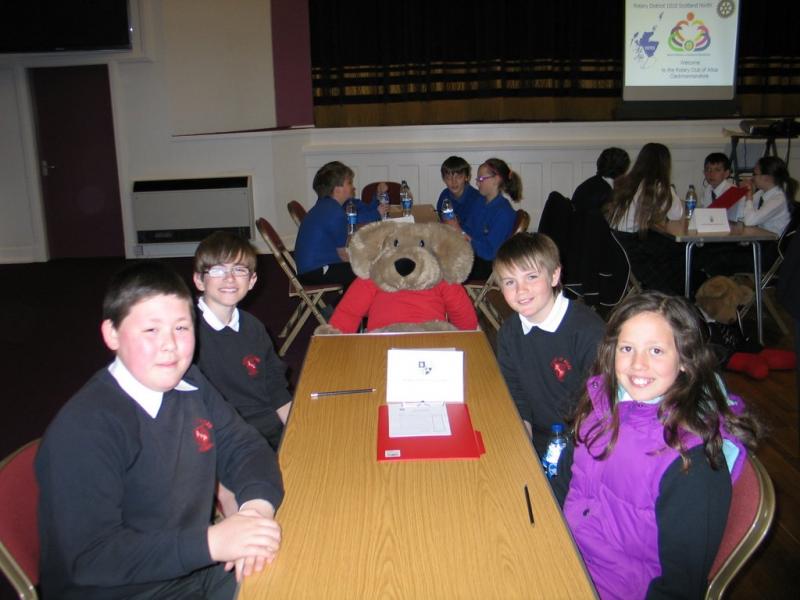 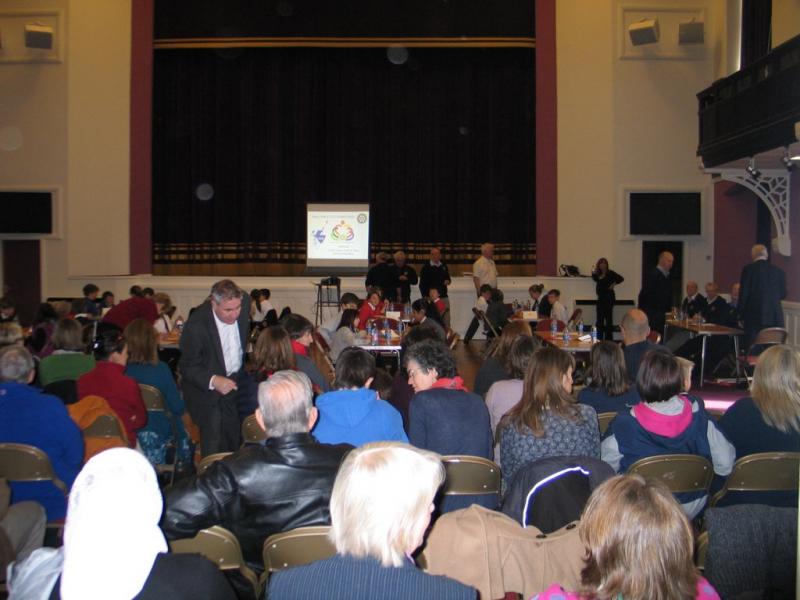 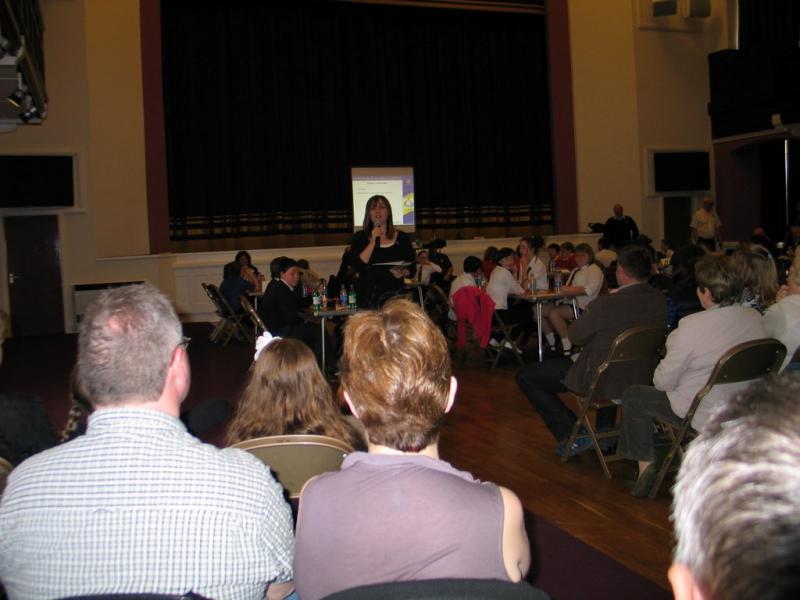 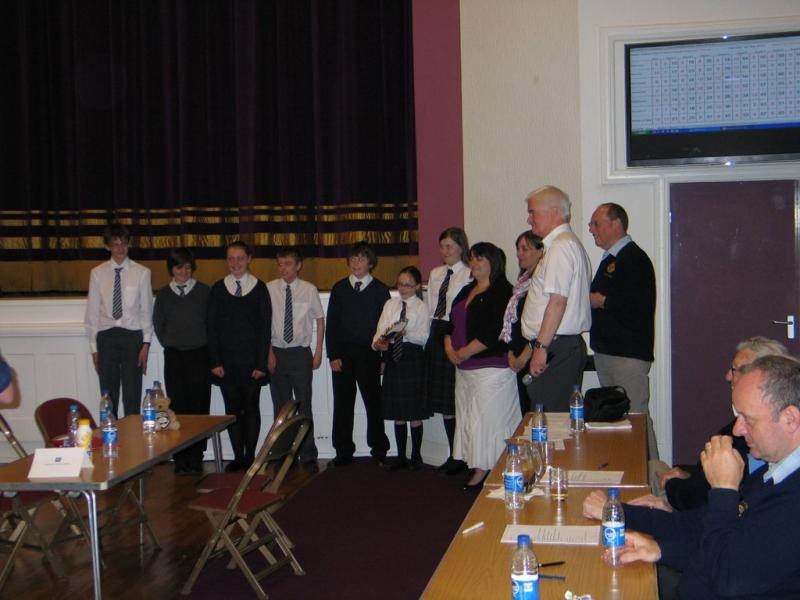 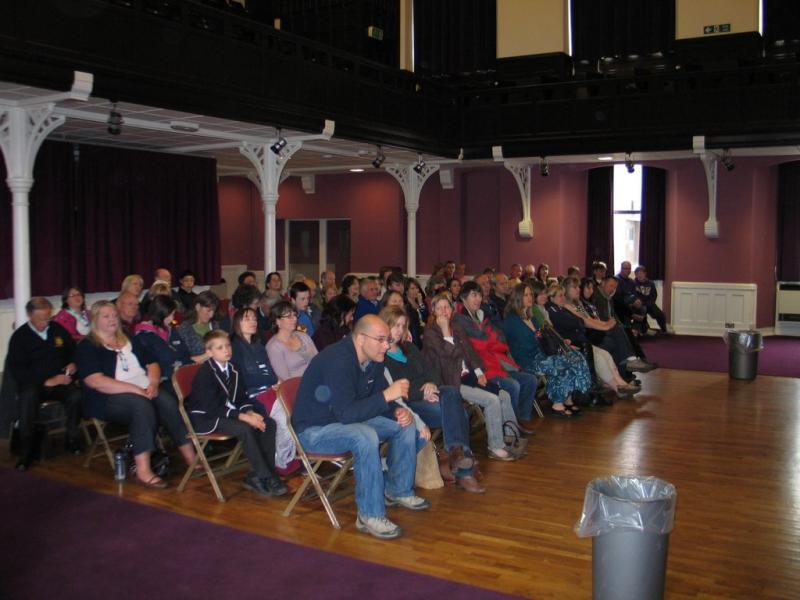 The area final of the Primary SchoolQuiz was held on Saturday 5 May in , hosted by Alloa Rotary Club.

7 schools were represented with Auchterarder having to withdraw due to the holiday weekend. A full house of parents teachers and Rotarians came along to cheer on their team. Pitlochry, Rattray, Morrisons Academy, Viewlands, Claremont, St Johns Academy and Bridge of Allan faced 10 rounds of questions set by Pitlochry Rotary on: History, Current Affairs, Sport, Literature, Spelling, Geography, Science and Technology, Maths, General Knowledge and Environment.

Abeer Macintyre, formerly of BBC Scotland and now head of fundraising for Mary's Meals, was introduced by MC Hector Nicolson as the quizmaster and she quickly put the teams at ease before the quiz started.

It was a close fought contest, with taking an early lead before Morrisons and Viewlands began to catch up. Going in to the last round, Morrisons were one point ahead of and Viewlands and held on to win by that single point. Bridge of Allan wer very unlucky to miss out on a place in the next round and finished in third place, one point behind Viewlands, who travel to Oldmeldrum in June for the District Final along with Morrisons.

Assistant Governor Samantha Miller congratulated the teams for an excellent contest and thanked all the supporters for coming along.