Keynsham Rotary works to support the local community. Such projects are recommended and decided on by members themselvesand vary as a result. Typical kinds of projects undertaken include :- 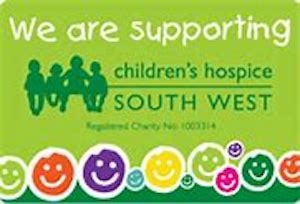 Established in 1991, the Children's Hospice South West caters for over 500 families across the South West, providing hospice care for children with life-limiting conditions. Care offered is wide ranging and includes the whole family, offering respite from mentally and physically demanding situations. Having visited their premises at Charlton Farm near Wraxall, we have been impressed at the valuable service they provide. We have raised funds from various activities, including our Winter Concerts and Spring Plant Fair, to help support this dedicated team of people. This is just one of several similar charities which we are supporting. 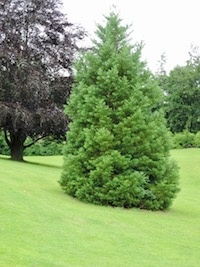 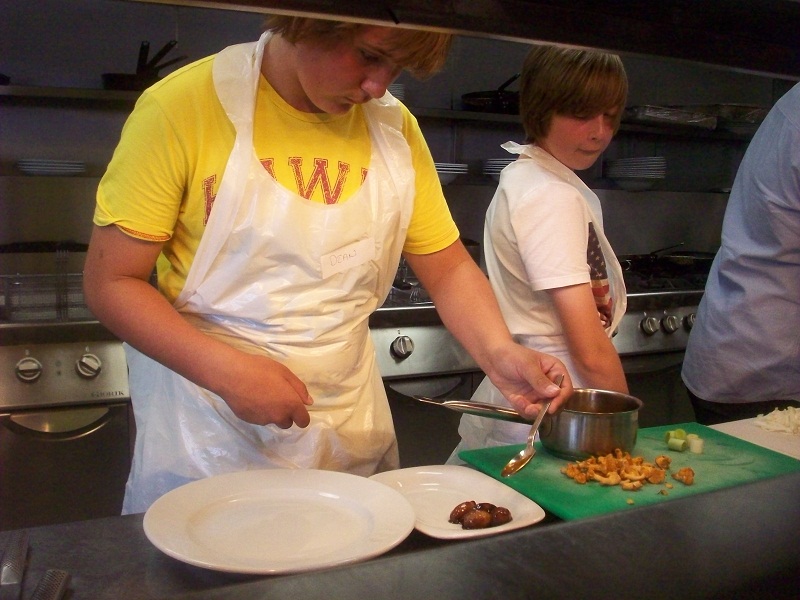 Supporting and reaching out to younger generations is an important Rotary commitment. Keynsham Rotary Club believes in building ties with youth in their communities which has a number of club benefits in addition to those generated for the community. These include the club being rejuvenated by the energy and new perspectives that young people have to offer and building to the future of our club; not least by cultivating future members. Specic activities aimed at promoting Rotary to the young include youth exchanges, programmes like "Rotaract" or competitions that promote skills such as music, cooking, or public speaking. We are running a "Young Citizen's Award" to recognise outstanding contribution to the community and are working on plans for a "Young Photographer Award". 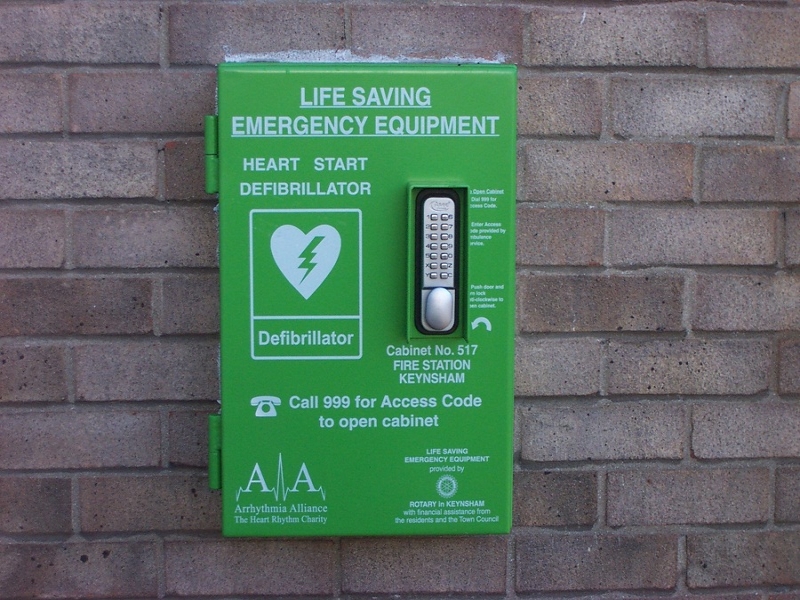 Keynsham Rotary Club and Keynsham Chew Valley Rotary club combined to provide sufficient funds to provide two defibrillators for the local community. One is fixed to the wall at the offices of Davies and Way, Property Agents,  Bath Road Saltford and the other is outside the Bath & NE Somt. Council offices in Temple Street Keynsham.  They are fully operational being included in the Somerset and Avon Rapid Response Service. Our Rotary club helps in the ongoing task of checking the machine is operational.  The photograph above illustrates the projects. 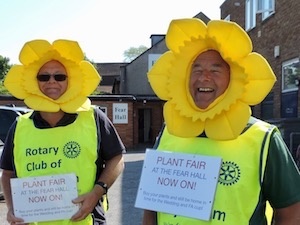 Our spring Plant Fair, held in May, has over the last few years become an established event in Keynsham. We use this event to raise funds for our current charity of choice often raising in the order of £1000.

Keynsham Rotary club in conjunction with Chelwood Bridge Rotary club organise an annual concert at St John's church, Keynsham in early December. Mendip Male Voice Choir are the main performers, usually with one or two other local choirs.  Club members jointly provide their time as stewards at the event and proceeds go to local charities.

This activity is designed to provide to provide a fun day for handicapped children.

Rotary in Keynsham is represented by Keynsham Rotary group. The work undertaken by Keynsham Rotary includes work in the community and fundraising for supporting International and local Charities. New members are welcome; we meet on Wednesday evenings.

Rotary is represented in Keynsham by the Keynsham Rotary Club. Rotary Members join together weekly to socialise, make friendships and to undertake work to support the community and local, national and international charity organisations.

Keynsham Rotary Club is part of Rotary International; but what exactly is Rotary? This page defines what Rotary is and what it does. Rotary Club of Keynsham raises funds for Charity. Rotary club of Keynsham supports the Keynsham community.

The Rotary Club's founders were based in Chicago. It was a few year's before Rotary spread across the world to places cities such as Bristol (and of course the Rotary club of Keynsham). Keynsham Rotary club meets on Wednesday evenings.

If you donate to Rotary club of Keynsham you can be assured that 100% of your donation will go to the cause you select. We do not have overheads and we pass on ALL donations. Rotary Club of Keynsham Registered Charity No. 1030596