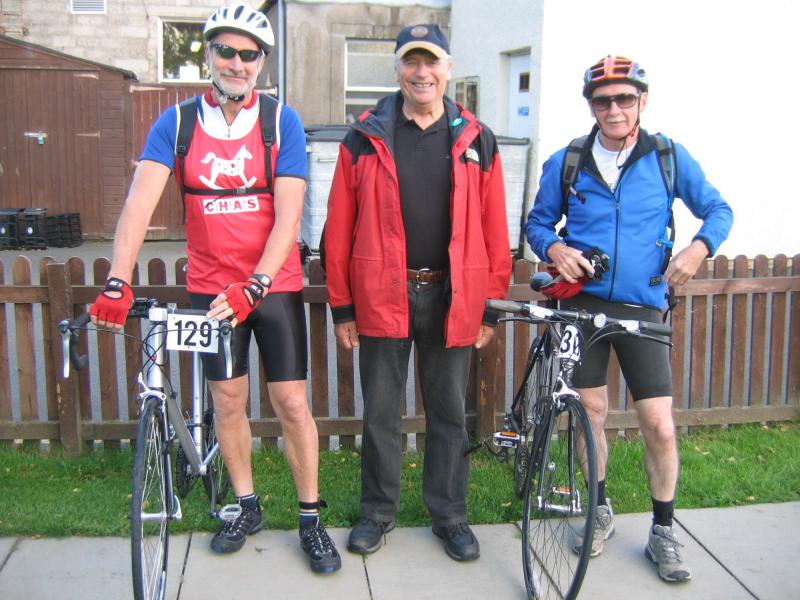 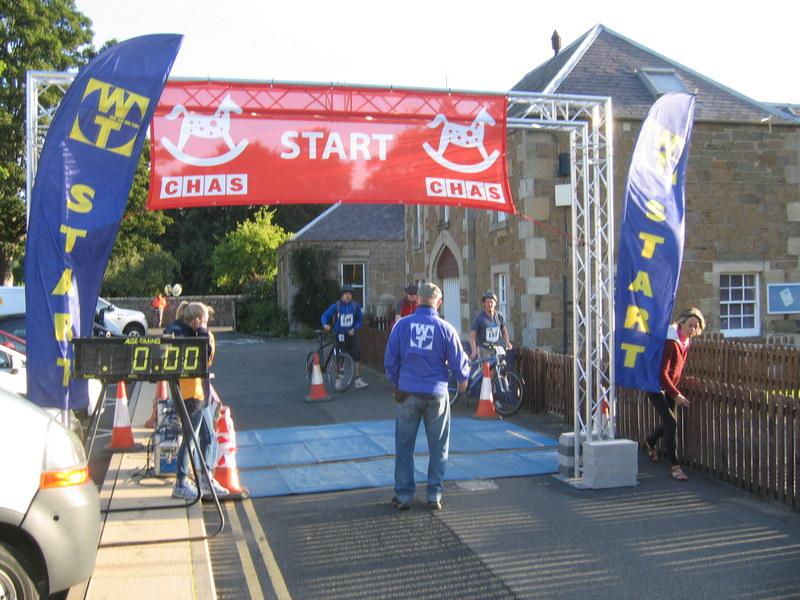 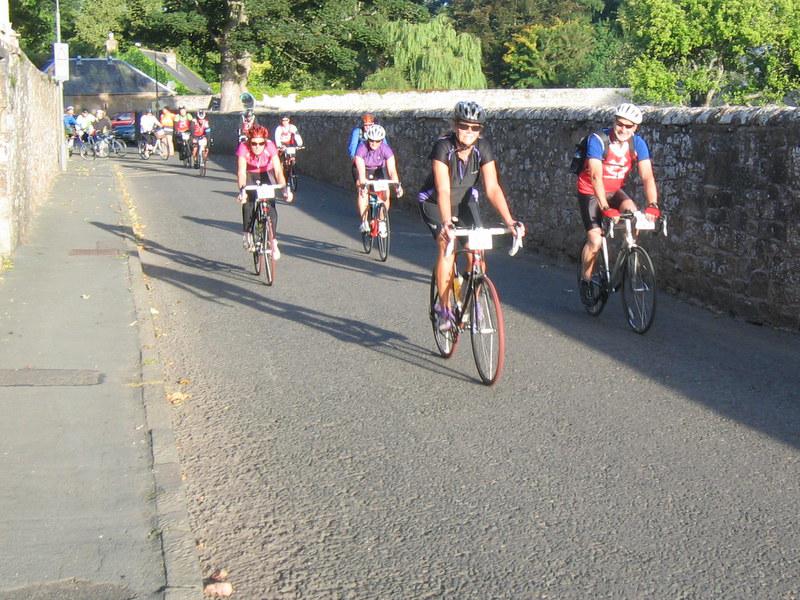 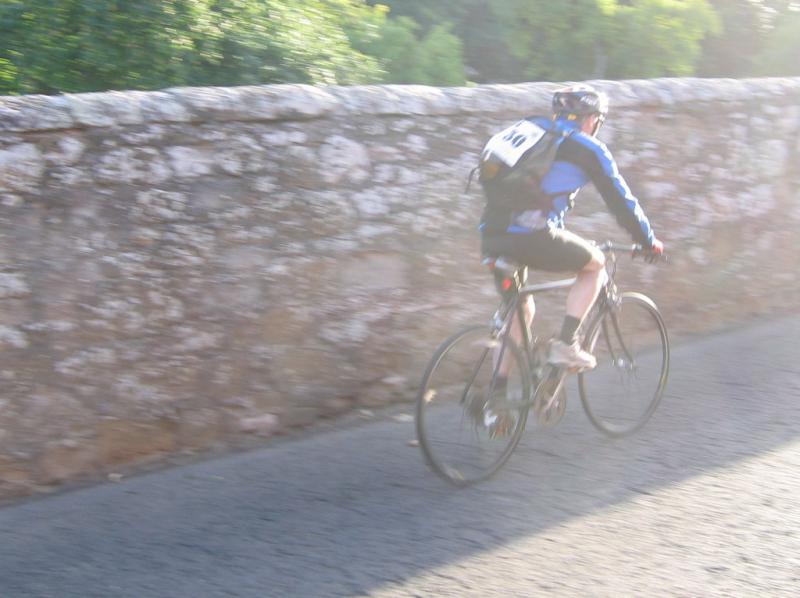 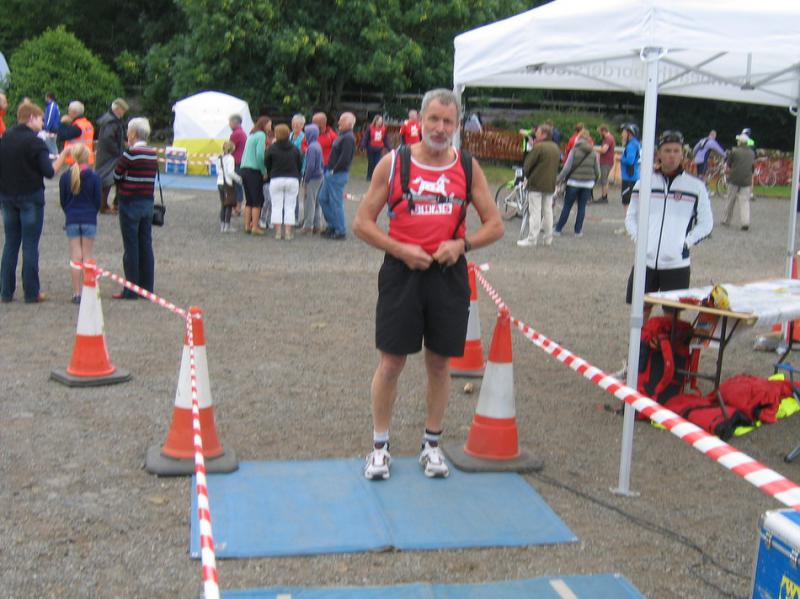 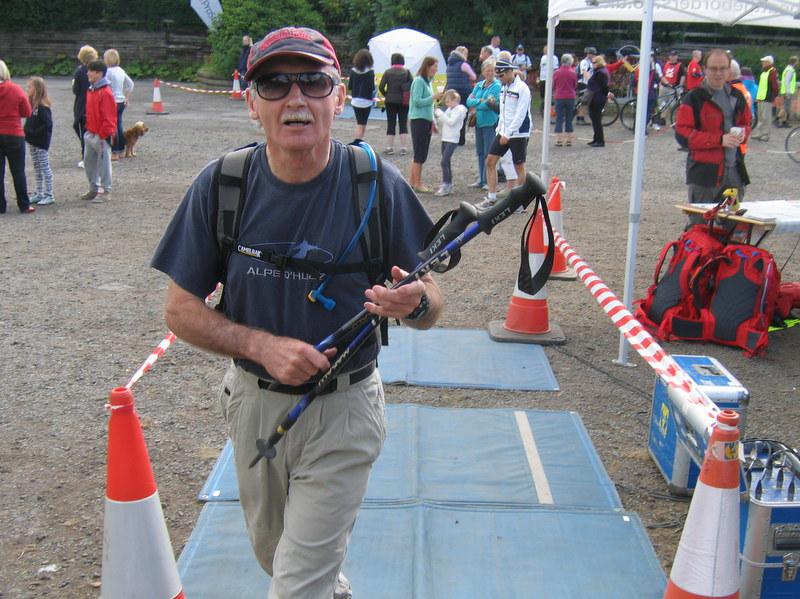 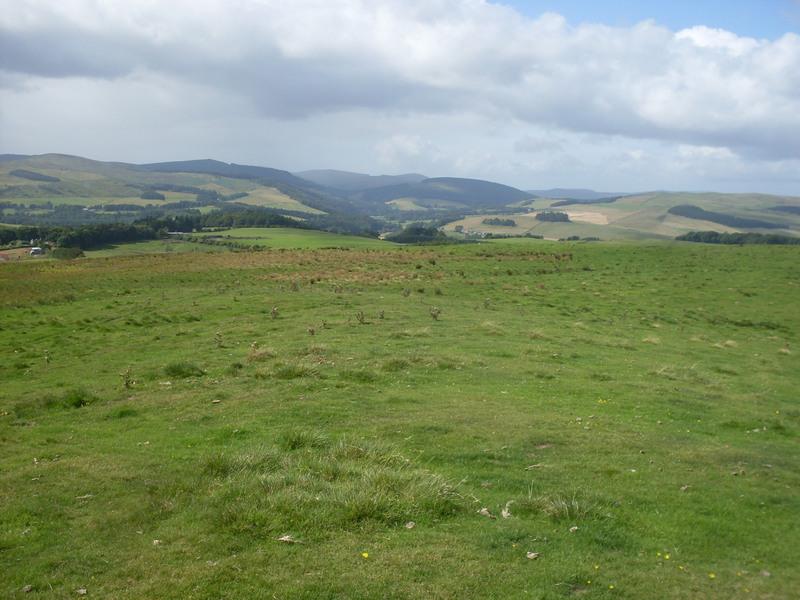 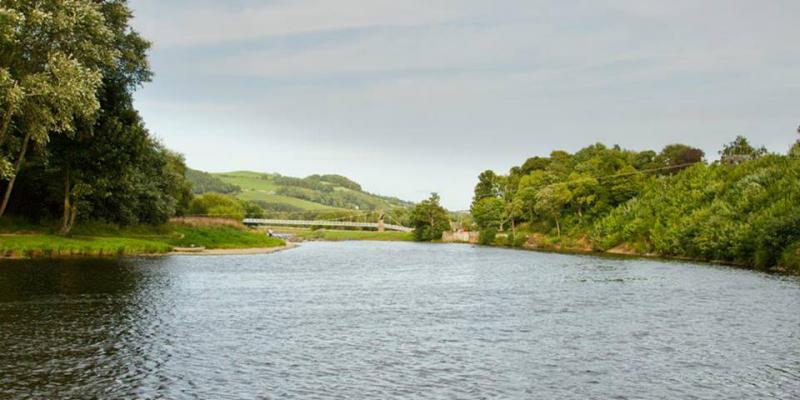 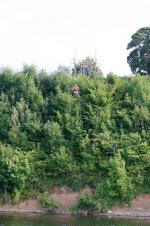 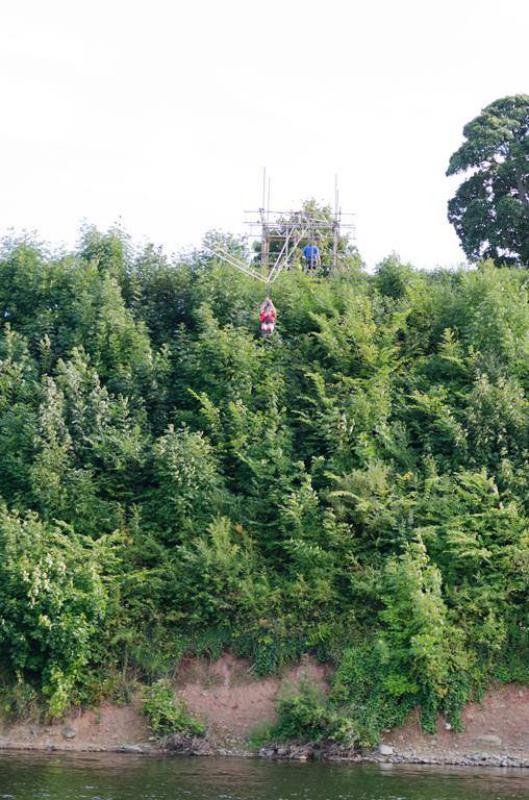 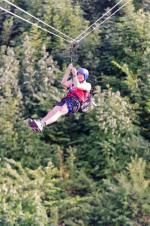 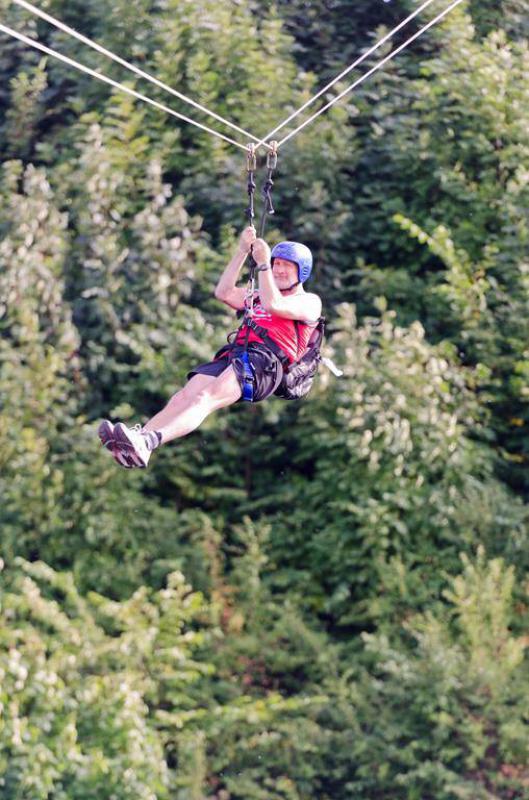 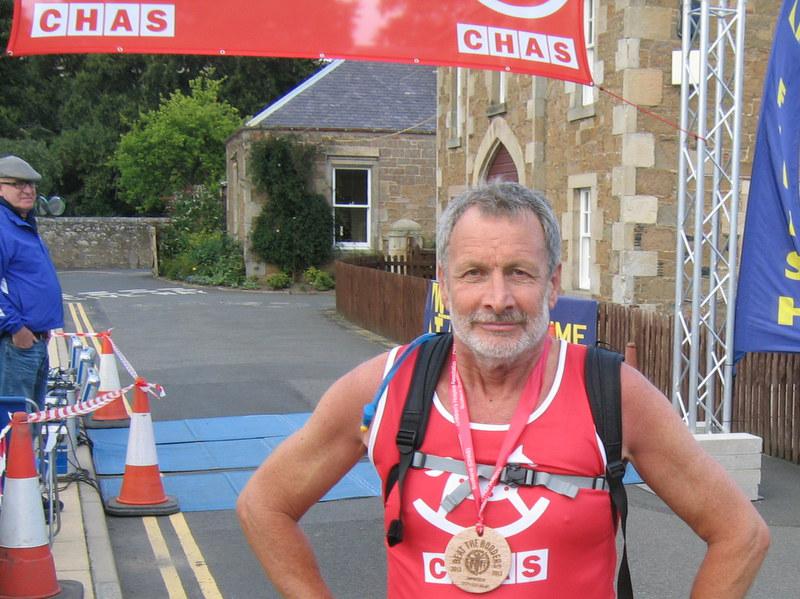 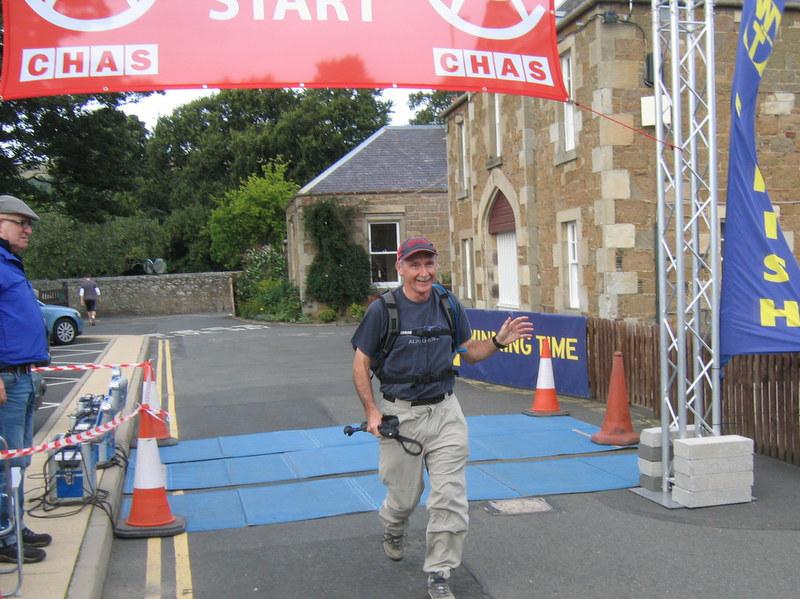 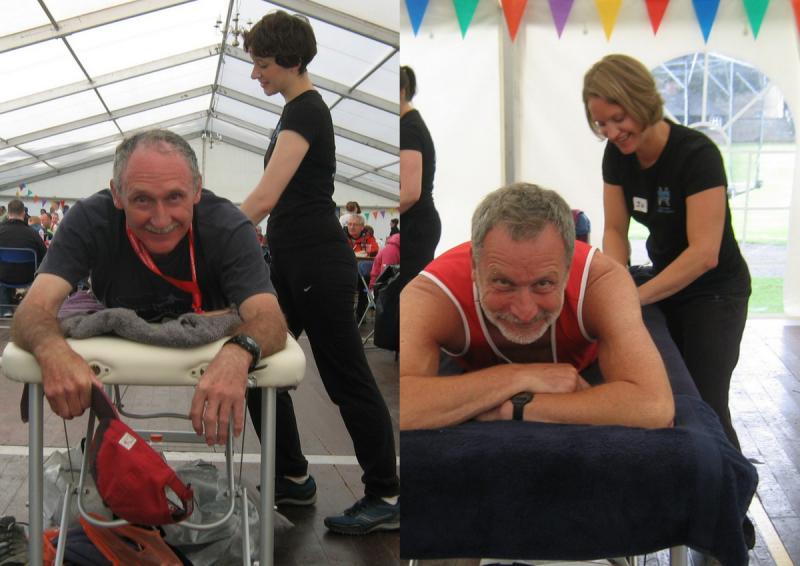 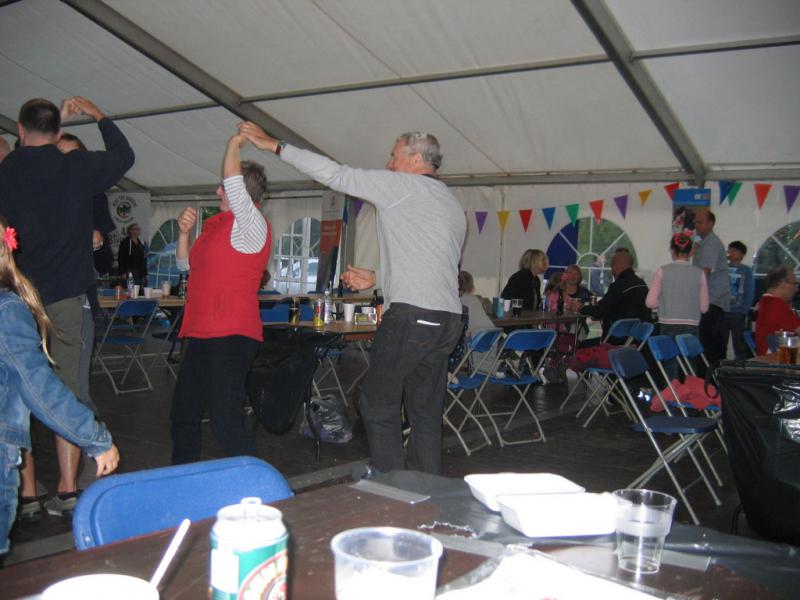 On Saturday 31 August, Jim Gardner and Graham Russell with support driver Ed Campbell were in Border country to take part in the 'Beat the Borders' Challenge to raise funds for Children's Hospice Association Scotland (CHAS). Over 200 competitors had signed up for different options of walking, cycling or both.

The Gold Challenge entaied a 40 mile cycle ride followed by 18 miles cross country on foot. Conditions were fairly good with only occasional hints of rain, however the strong westerly wind added to the pain of the latter stage of the cycle ride heading west from Kelso. After a brief stop to change into running gear and top up with food and drink, the next stage followed the Borders Abbey path via Selkirk and back to the start at Melrose. On the way there were additional 'challenges' involving paintballing, archery and a zip wire over the River Tweed (great fun!). The mini assault course was abandoned due to inquisitive cows in the field!

Jim and Graham both completed the Gold challenge in good times and were rewarded by a barbeque and drinks at the finish, not to mention a very welcome massage for the tired legs, and the satisfaction of raising much needed funds for a very deserving cause. So far, thanks to the generosity of friends, family and club members, the total raised, including gift aid is approaching the £800 mark.

Great support from driver Ed Campbell, who was the only one with enough energy to take to the floor at the ceilidh afterwards. All in all, a very well organised and supported event made the pain (almost) worthwhile.